DAY 3 OF THE DORSET AUTUMN TOUR

POOLE HARBOUR AT STUDLAND: WITH VISITS TO BRANDS BAY, STUDLAND BAY, OLD HARRY ROCKS AND THEN BACK TO MIDDLEBERE AT ARNE.

Today we headed out to Studland to look for more gulls, waders and sea birds, we set off immediately after breakfast around 9am. High tide was due at 11am and we hoped to see some waders in Brands Bay before it became fully immersed by the incoming tide. 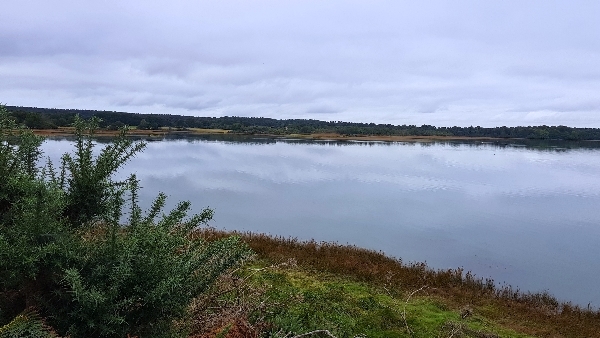 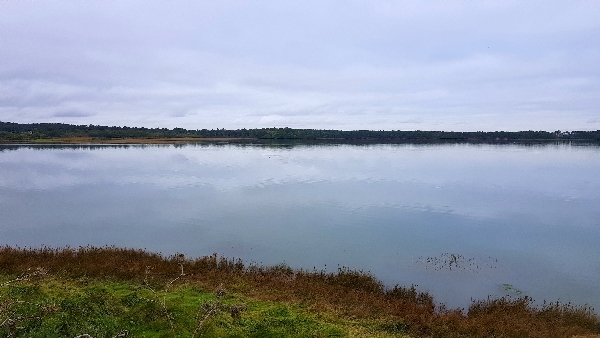 Alas we were too late, Brands Bay was completed flooded by the time we got there! We parked by the side of the road about a mile from the Chain-Ferry at Sandbanks and walked across the heath to the hide overlooking Brands Bay.

We were distracted by a few birds flitting about in the some small Silver Birch Trees. The first bird we saw was a Dartford Warbler, it seemed to be interacting with a couple of Chiffchaffs, they eventually saw it off. We also saw Blue Tits and a Dunnock in the same trees. 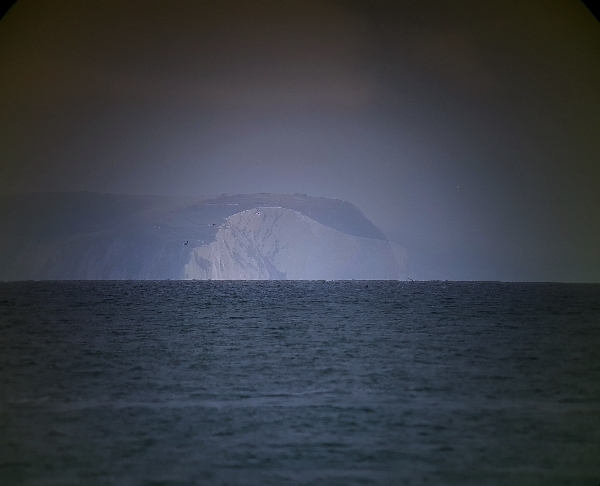 the White Cliffs of the Isle of Wight seen from Sandbanks

The water in Brands Bay was flat calm and was peppered with dark dots as far as the eye could see. Most of the dots were Great Crested Grebes, they were joined by Cormorants and some gulls. There was dozens of grebes, we also found a single Brent Goose, our first of the trip and a good number of Common Gulls. 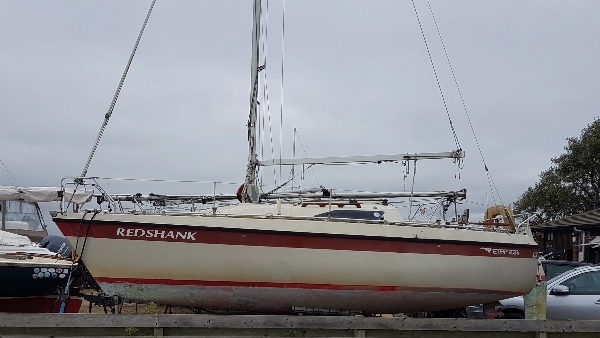 our first Wader of the day

Around the edge and on islands of grass we picked out Teal, Wigeon, Mallard and Pintails, as well as a few Lapwings and the odd sleeping Curlew. Bright white dots shone like beacons all over the marsh as Little Egrets worked their way through channels in the reeds seeking out their breakfast.

Walking along the heath parallel to the Bay we picked out some Stonechats, Meadow Pipits and a small flock of Jays, many Swallows and Sand Martins dashed about above us. Near the Ferry Terminal we added a single Common Ringed Plover our tally of species and when walked across the beach looking into the mouth of Poole Harbour we saw a few Shags and not a lot else.

Along the beach we were hoping for a sighting of some Sanderling but there was far too many people walking the beach, the same applied to the rocks near the Ferry were we had hoped for some Turnstones or even an early Purple Sandpiper.

Next we drove to the Middle Beach car park in the village of Studland where we sat overlooking Studland Bay with a view out to chalk stone pillars of Old Harry Rocks. We could also see the white cliffs of the Ise of Wight across the bay and the Solent. 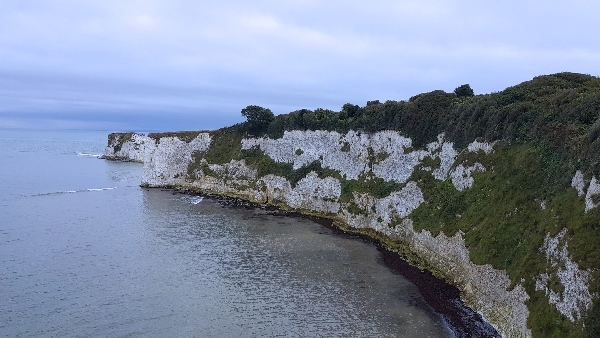 We scanned the water in the bay and found very little, just more Great Crested Grebes, Shags, Cormorants and two more Brent Geese. We ate our picnic lunch and a had nice cuppa before we moved on, parking in another car park near the track to Old Harry Rocks.

For the next couple of hours we walked slowly out out to the Rocks wit about 100 other tourists and day trippers. A tremendous number of hirundines filled the sky over the surrounding farmland, a conservative estimate put the number around 500 birds, we picked out hundreds of Barn Swallows and Sand Martins with much fewer House Martins. One fallow field was full of birds, mainly Wood Pigeons, but also a huge flock of over 100 Linnets, a flock of 9 Jays flew over us too. 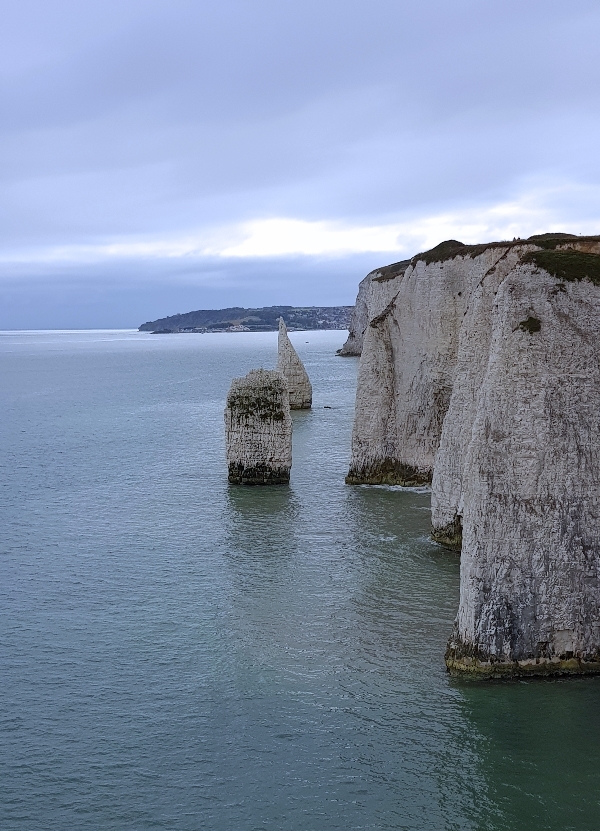 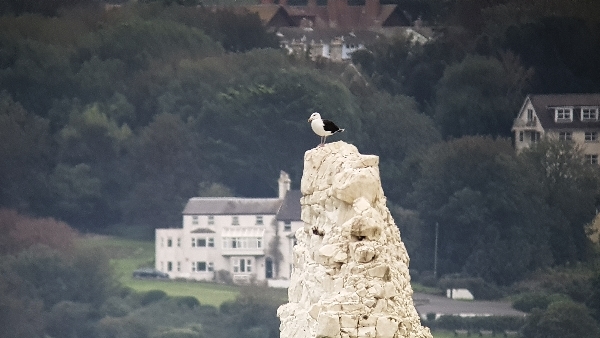 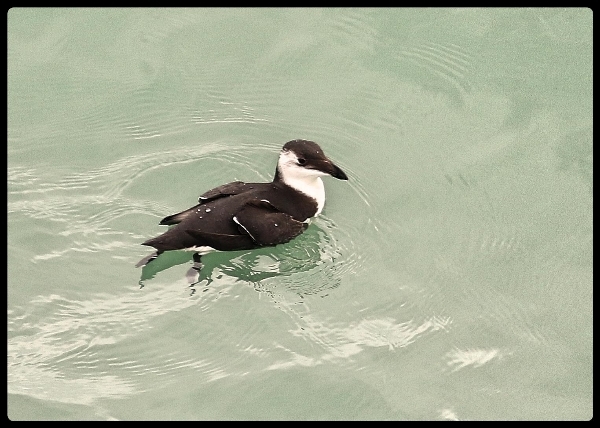 Mike's picture of the Razorbill which was right down below us

We spent a while enjoying the lovely landscape and beautiful coastline at Old Harry Rocks, these pictures below cannot depict the beauty of the area, it is stunning. We saw a single Razorbill in water below us a couple of Rock Pipits on the cliff face and a few Stonecats. Not a single migrant on land or sea was noted. 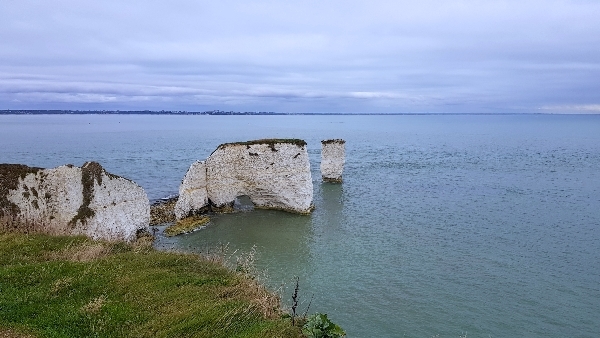 Our journey back was interrupted a couple of times by sightings, a small flock of Skylarks with Meadow Pipits was one of them and an even bigger flock of Linnets was another. The other incident on the way back was the loss of one of our group! Lorna had walked ahead of us and taken the wrong turning, when we got back to the bus she was nowhere to be seen. Mike her husband went off and eventually found her, panic over! 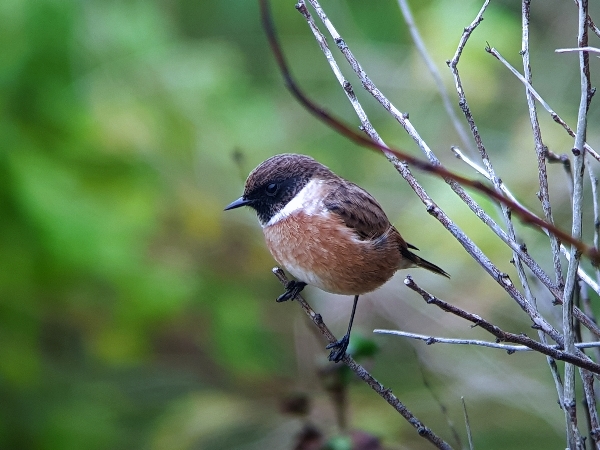 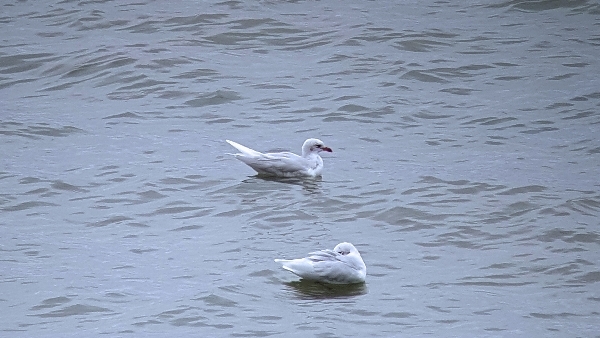 Our last port of call for the day was a return visit to the hide at Middlebere, a late afternoon visit would ensure a low tide with plenty of exposed mud, we were  hoping for a sighting of a Spotted Redshank.

As we parked the bus Nigel pointed out a small herd Sika and to our great delight the female ‘white’ Sika was present, what a beast! From the hide we views of hundreds of waders, ducks, egrets and gulls, it was wonderful out there. 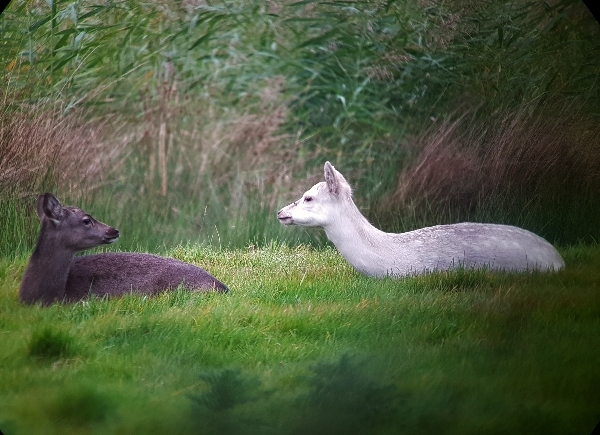 Are you looking at me!? 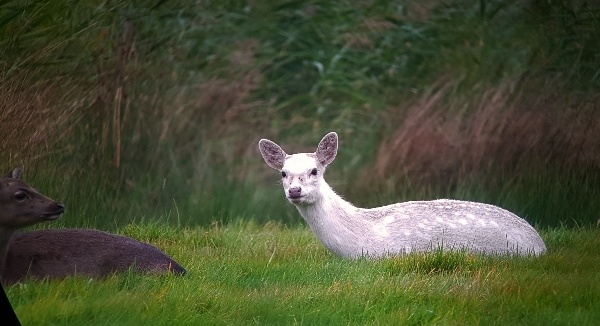 Over 200 Avocets and 300+ Black-tailed Godwits spread out over the mud, moving further to our left as the tide receded. A single Greenshank and a dozen Redshanks joined them with 14 Dunlin and a handful of Lapwings. We picked out a few Curlews, our first Common Shelducks (5 juveniles), lots of Little Egrets and the number of Pintails, Teal, Wigeon and Mallards was uncountable. 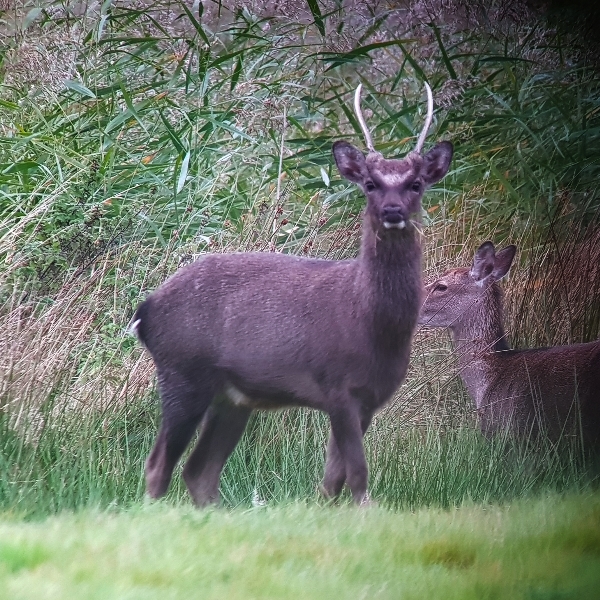 Sifting through the throng of feeding birds several times was quite time consuming, I was methodical and meticulous as I sifted through the wader flocks, but I could not find a Spotted Redshank, there wasn’t one there. 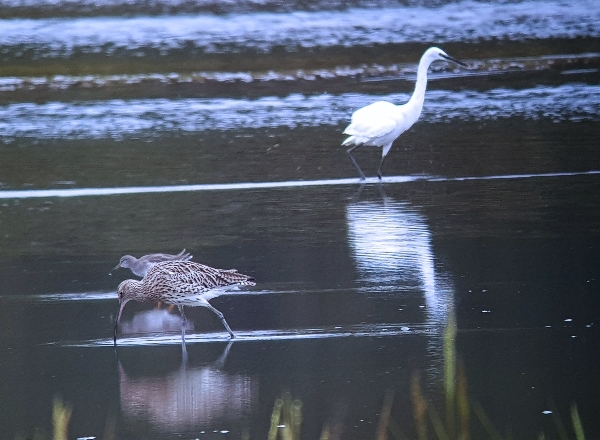 Curlew, Redsank and a Little Egret 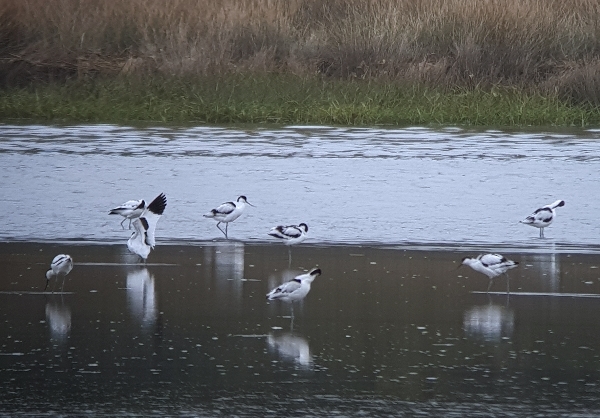 We left the hide around 4:30pm and after taking more pictures of the Sika Deer we set off for the hotel, concluding our third and final day based in Wareham, Tomorrow we transfer to Weymouth for the next four nights.