DAY 5 - OF THE DORSET AUTUMN TOUR

After an early breakfast we found ourselves at the visitor’s centre at Radipole Lake just before 8am. We teamed up with Guy Campbell, my Yeovil birding chum, who was joining us for the day. We scanned the main lagoon, or what little was visible through the mass of overgrown reeds, looking fro Cattle Egret and Bearded Tits. We saw one of each and both showed for short periods only.

A Water Rail was more obliging and I always enjoy watching Common Snipe feeding out on the muddy fringes of the pool. A Common Gull sat out with the dozens of Mediterranean Gulls, the Black-headed variety being in the minority. Both Grey and Pied Wagtails were also present.

At Portland we parked near the Pulpit Pub and walked down across the Common to the Portland Bill Lighthouse area, noting Meadow Pipits, White Wagtails and small flocks of Linnets along the way. 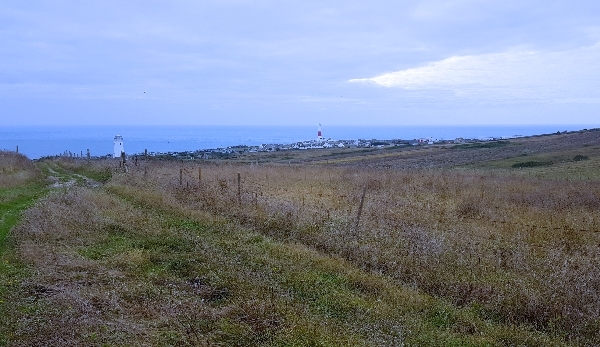 looking down to the 'Bill' from the top fields on Portland

Placing our scopes near the Obelisk we set out our stall for a sea-watch, Rock Pipits flitted around us and a single Wheatear dashed around the rocks behind us.

A light northerly wind is not conducive for a ‘good’ sea-watch at Portland, but we tried anyway. Gannets flew past in both directions, but it was quiet out there. A few dozen larger gulls (mainly immature Herring Gulls) gathered just off the Bill and we saw a single BALEARIC SHEARWATER flying eastward and several Razorbills, Shags and Cormorants sat out on the water at various times. 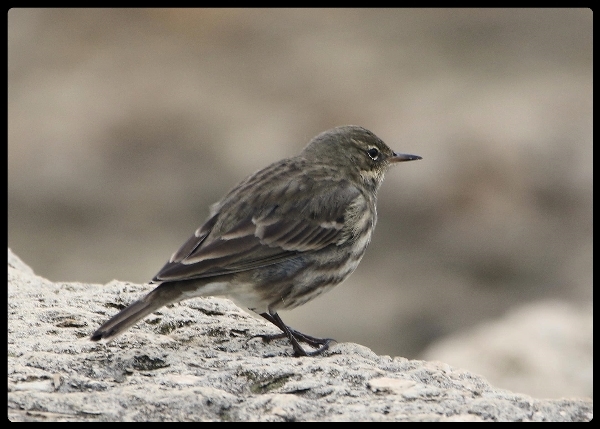 We moved to view Lyme Bay and saw three Common Scoter fly past, but that was all, no sign of a Black Redstart in the quarry area. Lots of Meadow Pipits and White Wagtails were flying over, with Linnets and Goldfinches and a few Barn Swallows. 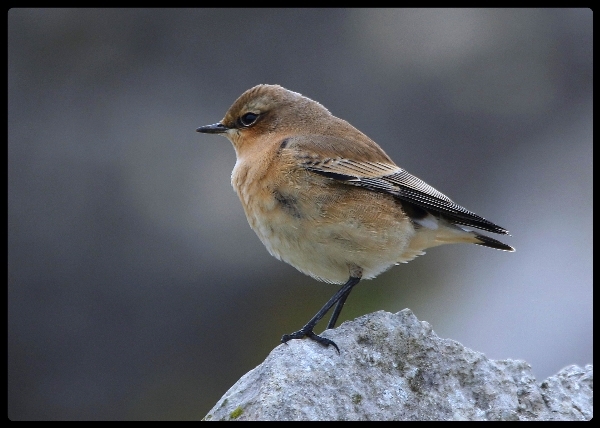 Heading for the Old Lower Lighthouse, the home of the Portland Bird Observatory, we paused to admire the resident Little Owl in the Obs Quarry, a stunning little creature, sitting in is its usual horizontal crevice that never looks quite big enough for him. 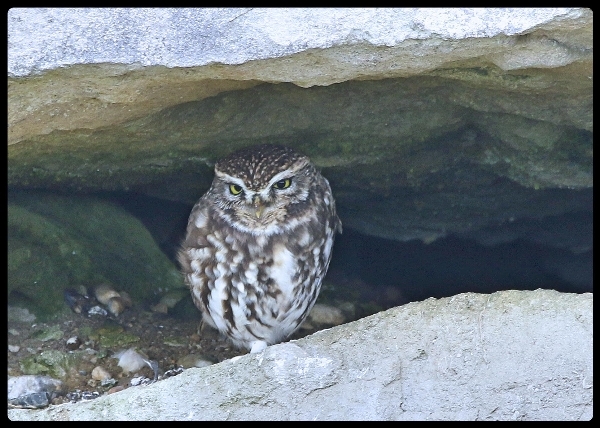 Little Owl, another of Mike's pictures

Our visit to Observatory was highlighted by the sightings of both Blackcap and Common Chiffchaff ‘in the hand’ as well as in the bush. We all know that a bird in the hand gives better views but not necessarily the best views. 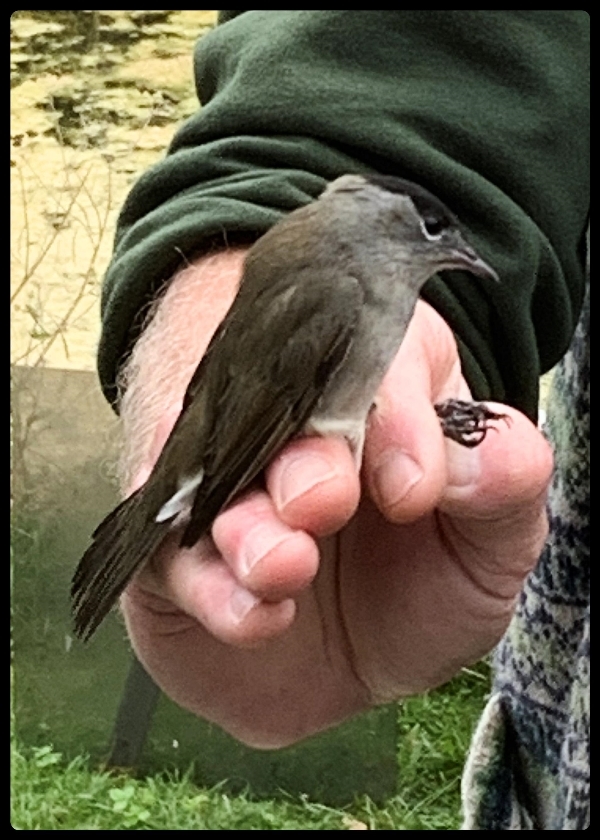 Blackcap and Chichaff in the hand, Mike Ambler 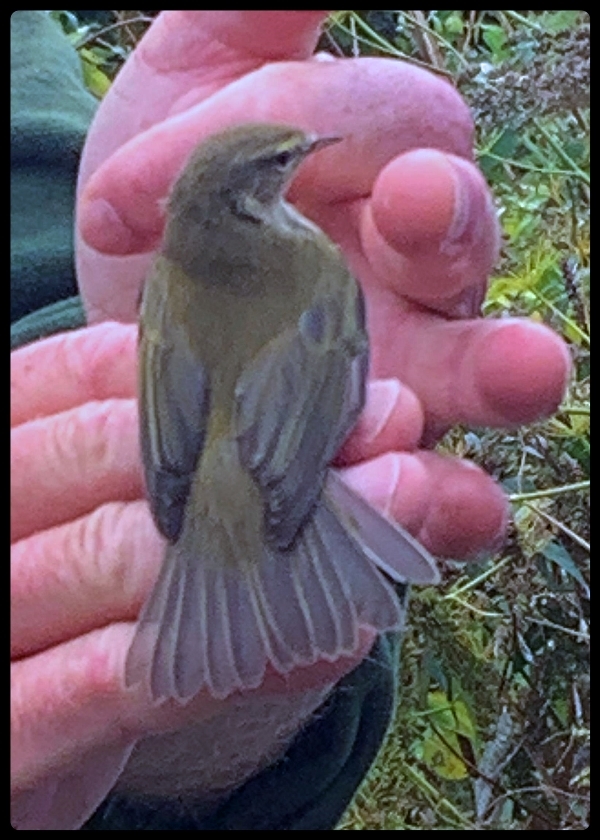 Our walk up and around the ‘Top Fields’ was unproductive as far as migrating birds was concerned, we did see good numbers of Linnets, forming large flocks, as did Wood Pigeons, with a few Stock Doves thrown in. We found 3 Northern Wheatears, our only grounded migrants.

Ferrybridge was next, we timed our visit to coincide with the turning tide, lunchtime! As we ate our picnic lunch the tide dropped rapidly and miraculously birds started to appeared. First Med Gulls, then Bar-tailed Godwits (4), Dunlin (14), Sanderling (1), Common Ringed Plover (4). 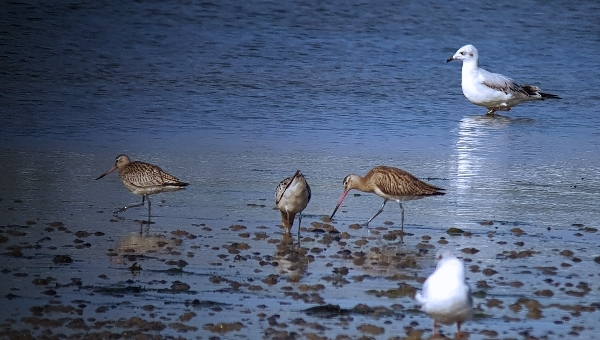 As the tide receded so the number of gulls rose exponentially, soon well over 1000 gulls were present and most of those were Med Gulls. Three Dark-bellied Brent Geese arrived, a dozen Oystercatchers pitched up and a few irresponsible dog walkers spoilt the whole scene. We noted Linnets, Skylarks and a couple of Northern Wheatears on the grassy area of Chesil Bank. 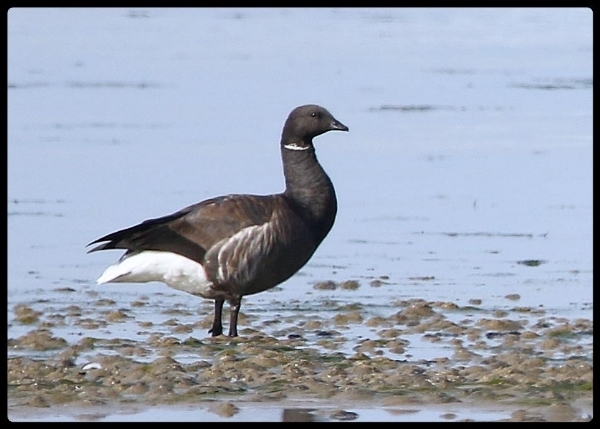 For the afternoon we drove to Abbotsbury Swannery where we could only view the main lagoon from a distant roadside lay-by. The light was good and our modern optical devices allowed us to magnify and identify the hundreds of birds out on the water.

Soon we had a long list of species, mainly ducks but we also saw three species of grebes, including our target bird the BLACK-NECKED GREBE (2 were present). We also saw Pintail, Shoveler, Teal, Wigeon, Tufted Duck, Common Pochard, Gadwall, Mallard and as you would presume quite a few Mute Swans. 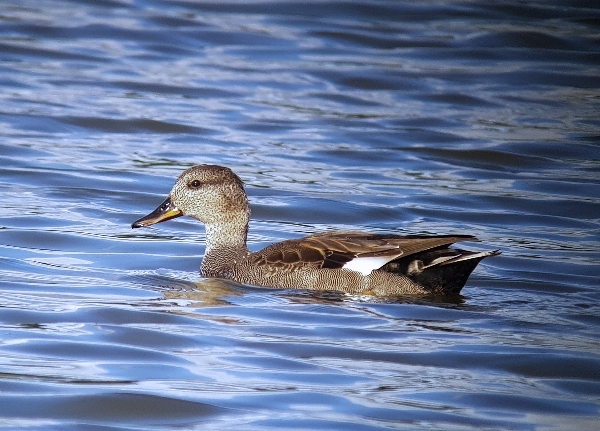 Back in Weymouth we parked near the north-end of Radipole Lake and walked the trails to the visitors centre. We noted more ducks, including the first Common Pochard of the autumn for this site, on the main lagoon. Migrant Hawkers and Common Darters were plentiful along the trails, also Speckled Wood, Small White and Red Admiral Butterflies were on the wing. 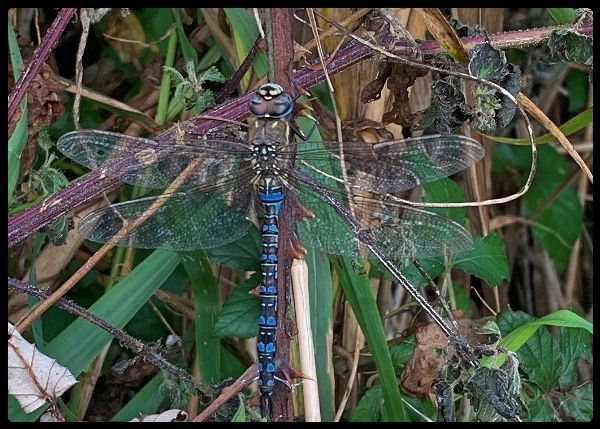 On the ‘buddleia loop’ we heard a lot of ‘pinging’ coming from the reeds, Bearded Tits were responsible for the noise but we only had fleeting views of them. Cetti’s Warblers sang in the sunshine as did Robins, Dunnocks and me occasionally.

Most of the group had had enough of walking and wished to retire to the hotel, Guy left us at the car park, I dropped the other four off at the hotel and with just Nigel in tow I visited Lodmoor. 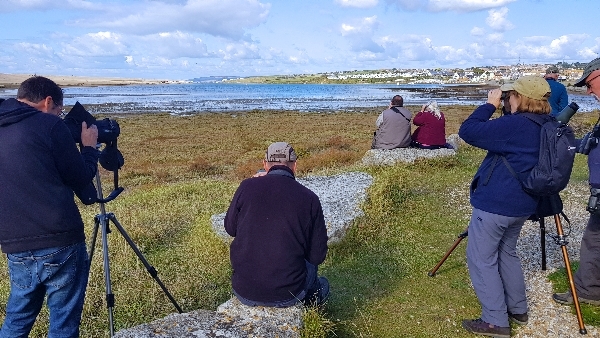 At Ferrybridge this lunchtime

Viewing the open marsh from the west track in late afternoon on a sunny calm day is a delight. The light was exquisite. We noted that a large influx of Common Snipe had taken place since yesterday and all the usual suspects were still present. We had a couple of sightings of Marsh Harriers, an immature male and a female. 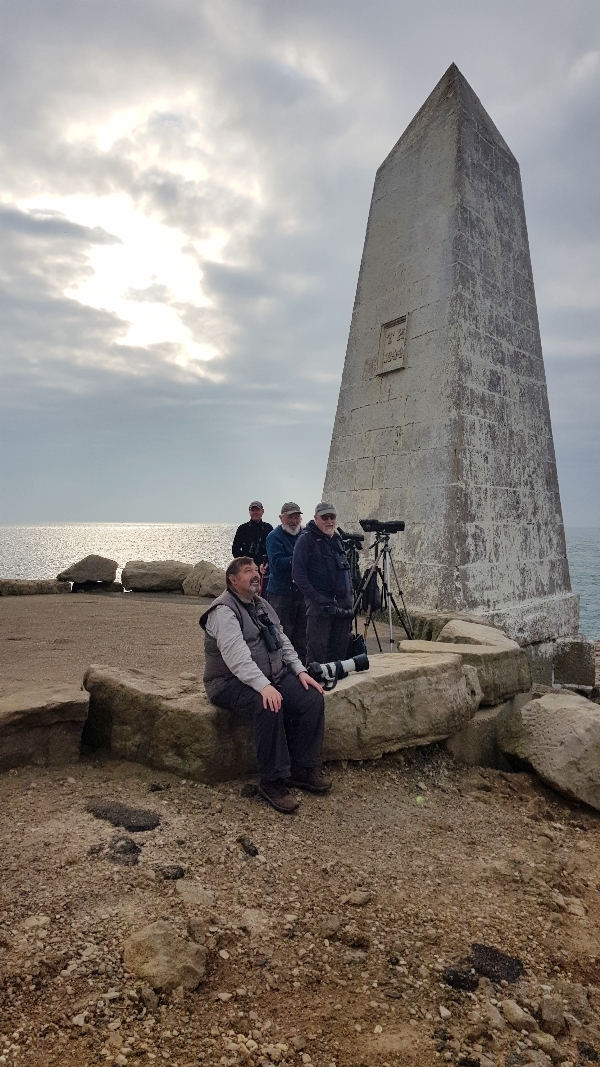 The Obelisk at Portland Bill

We spent an hour enjoying the sights and sounds before driving back to the hotel to get ready for an early dinner.