The most significant point about today was the fact that we stayed dry!! The Pelagic went ahead with not many people onboard, I think they were put off by the windy conditions and rightly so. We set off at 9:30am, just 5 of us in my group! Tim, William and Christine stayed on dry land to do their own thing, in hindsight they chose the better option! The rest of us were undecided, at first we planned to abandon the trip then other birders persuaded us to change our minds. 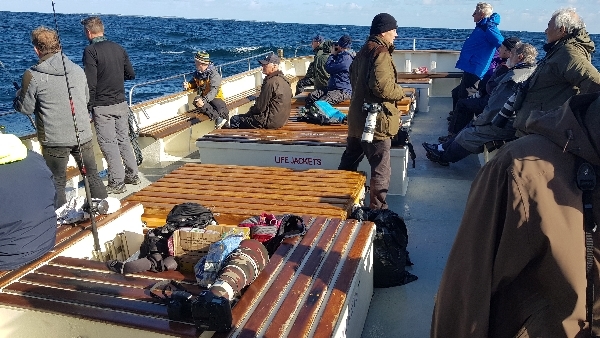 At 9:30 we set off heading south, the plan was to ‘chum’ about 4 or 5 miles out, as we left St Mary’s behind we could see a large feeding flock of Gannets in the distance so we diverted to see them. Having got there we soon realised that it was only Gannets and nothing else. In the meantime we had seen 3 Manx Shearwaters and two Harbour Porpoise.

For the next hour we continued south, picking out a few Razorbills, Manx Shearwaters and there was plenty of Common Dolphin activity. We reached our destination and the pilot turned off the engine and we just sat for 1 ½ hours waiting for things to happen, they never did!!  Over that time period we saw about 7 Storm Petrels (all of them fleeting views and none lingered), we saw more Razorbills, another three or four Manx Shearwaters and the ever present Gannets. Three migrating Meadow Pipits flew around the boat as we steered back towards the islands. 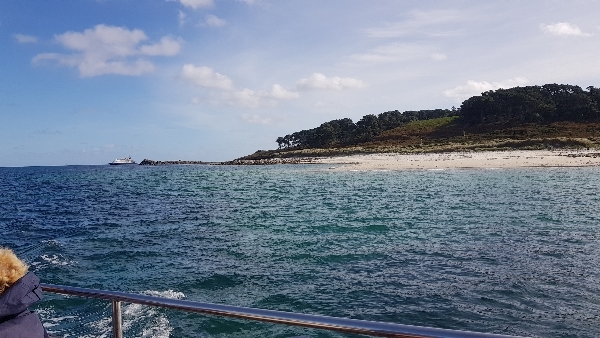 We turned the boat and motored for another hour hoping to bump into something, but we never did, so the captain decided to head back to St Mary’s and visit Bar Point where a Great Crested Grebe had been frequenting. The GC Grebe is a very rare visitor to the Isles of Scilly and so is an important sighting for Scilly listers. We got the Grebe and we saw Curlews, Shags and Oystercatchers on the rocks and then we headed back to port.

We were back on dry land at 3pm and after walking back to the guest house to pick up our scopes we continued down to Porth Hellick Pool to look for a Glossy Ibis that had been seen. Only two of my clients, Peter and Dinah, turned out for this last excursion of the day. At Port Hellick we saw the Ibis very well from a Bird Hide, it was very close, smashing. 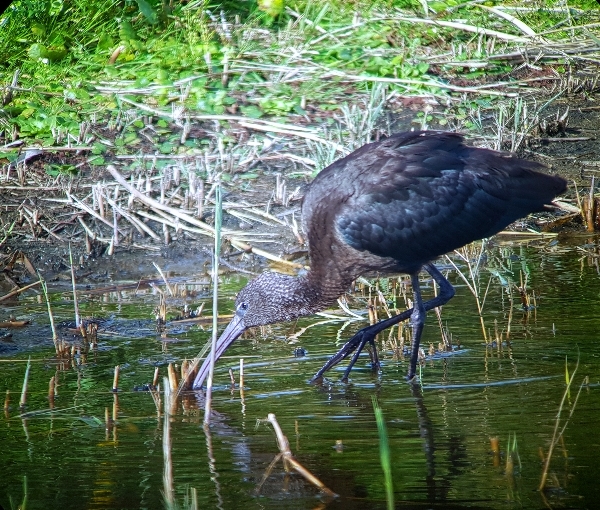 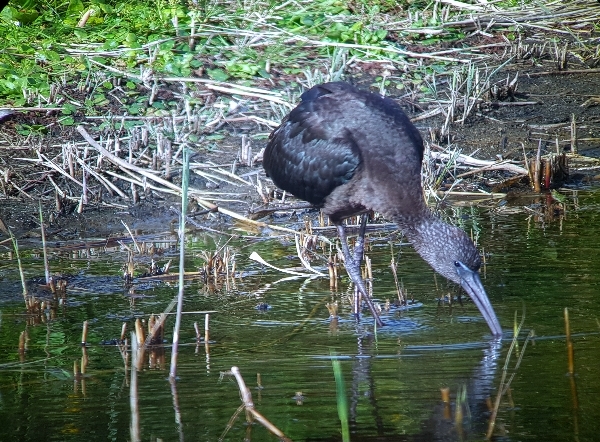 We also saw Common Snipe (2), Moorhen and Mallard. From the hide nearest to the sea we watched the Pectoral Sandpiper, this bird was incredibly close to the hide, only 3 or 4 meters, stunning views of it. 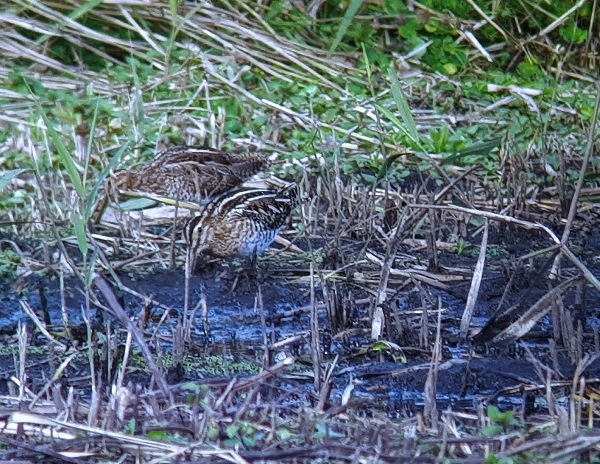 My two companions set off for the guest house and left me to wander around for a while, I only added Greenshank, Ringed Plover, Stonechat, Greenfinch, Linnet and not a lot else. 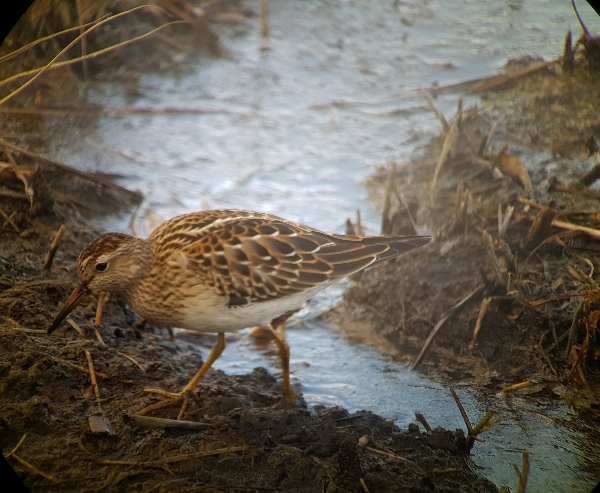 This Pectoral Sandpiper was extremely close to the hide. 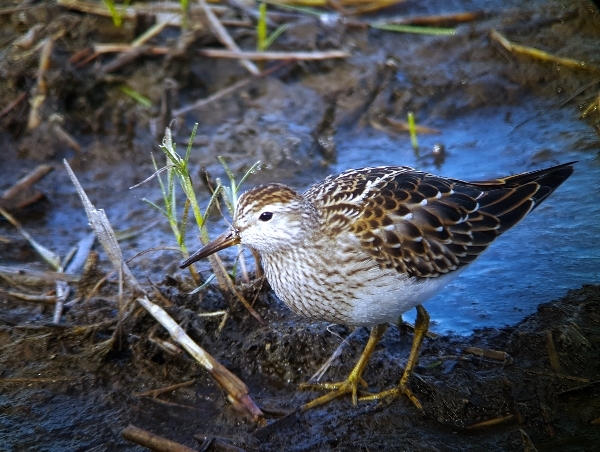 We all met at 6pm to complete the bird log were found out that Tim had taken a trip out to Bryher, he saw an American Golden Plover and had had a fleeting view of the Buff-breasted Sandpiper.