DAY 6 OF THE DORSET AUTUMN TOUR

We decided to give Portland a second chance to come up with something today, so we dedicated most of our day walking along the east side of the ‘island’. It was very chilly to start with, a cold northerly breeze kept the temperature down into single figures until the sun rose over the hill.

We walked along the ramparts of the dry moat around the 19th century citadel on top of Verne Hill (the highest point on Portland), which, since 1949, is now HM Verne Prison. It has a commanding view over Portland Harbour and beyond, the banks on either side of the ‘moat’ are covered in cotoneaster bushes which are covered in berries. 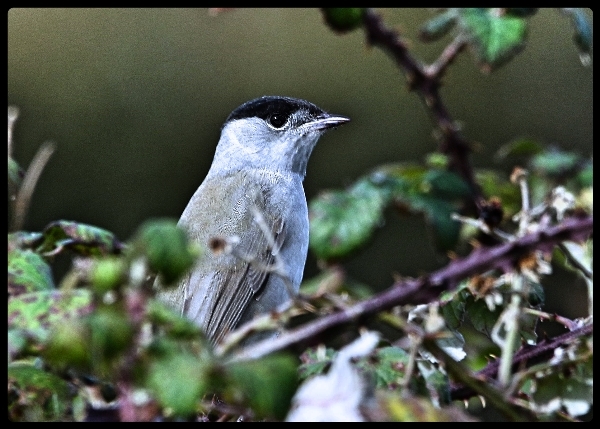 Our target bird was the Ring Ouzel, they often  arrive in mid-October to gorge themselves on the cotoneaster berries in preparation for their migration flight. The area was alive with birds tis morning, many Blackcaps and Chiffchaffs flitted about in the buses wit a lot of common garden species. There was no sign of a Ouzel, but we did see Common Buzzard, Raven, Kestrel, dozens of Jackdaws  and no end of feral Pigeons. 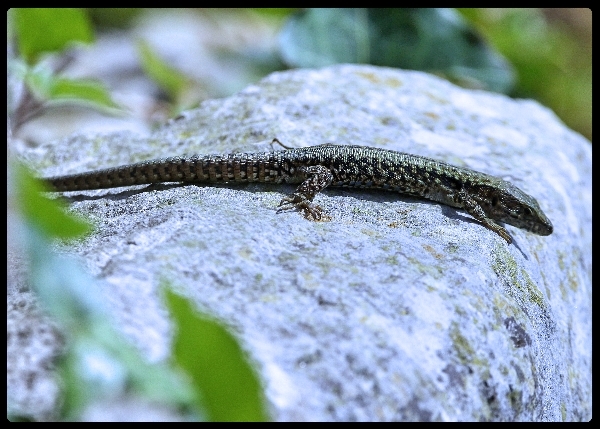 Wall Lizard, a colony of these European beasts is now established on Portland. Photo by Mike Ambler

Our walk along the east cliffs to the Grove, another prison, but for young offenders. Many sycamore trees sat silently waiting for winter, their leaves dropping silently to earth as if plucked by an invisible hand. We saw one or two more Chiffchaffs and not a lot else.

After picking up picnic supplies in Easton we walked down to Church Ope Cove, a lot of steps took us down to the only natural landing place on Portland. Large rocks provided good seating for us as we ate our lunch, whilst searching the cove for Black Redstarts and drawing a blank. 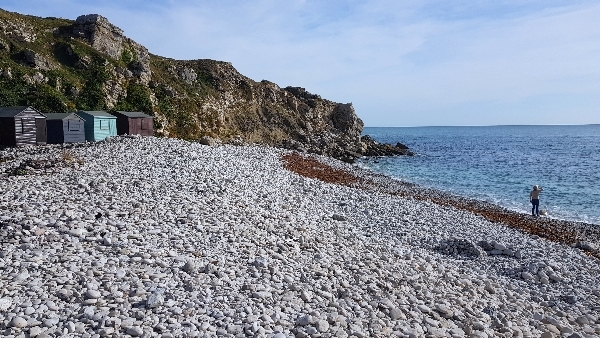 We then skipped across the island to the West Cliffs at Reap Lane where we had a modicum of success with our search for birds. A large flock of Linnets were being chased by a small bird of prey, we only had very brief views of it, but it looked very much like a Merlin.

We saw more Blackcaps and Chiffchaffs, also Stonechats before we had a bit of a Raptor Fest. First a Peregrine appeared being escorted by a pair of Crows, then another Kestrel and we watched a Common Buzzard high up circling on the thermals. A Sparrowhawk and a second Kestrel joined it.

Ferrybridge held almost exactly the same birds as yesterday, it was lovely sitting out in te afternoon sunlight watching hundreds of birds out on the mud-flats. We spent a short time at Radipole Lake were we saw two Cattle Egrets, Water Rail, Common Snipe And Cetti’s Warbler. The hoped-for Bearded Tit did not turn up.

It was lovely spending the last our or so at Lodmoor, a Knot was added to our list and the ‘White’ Ruff was feeding very close to the west track giving us fantastic views. All three Egrets were on view too, a single Cattle Egret its cousins the Little and Great Egrets. For me it was the superb light that makes tis site so special on a sunny afternoon, a photographer’s dream.

News from Portland arrived via twitter, a Long-eared Owl and a Common Rosefinch (trapped and ringed) had been seen down at the Bill area, the very place we never visited today, ha!!!

We ate out again at 7pm and we were all safely tucked up in our rooms by 9pm. We have only one full day left on this autumn tour.