DAY 8 OF THE DORSET AUTUMN TOUR

The good weather continued, we had a clear sky, the air was cool and a little  layer of mist hung over the marsh areas. Our last morning had arrived, we decided to give Portland a last try before we departed for home at lunchtime.

But, our first stop was at Radipole Lake, we hoped for a sighting of Bearded Tit, especially for Vicky who missed our earlier encounters with them. We stood on the wooden bridge and scanned the main lagoon at the RSPB Visitor’s Centre. It was a glorious morning, dead still, clear sky and lovely light. 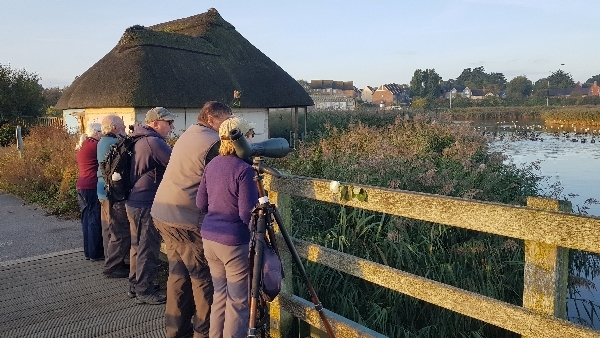 My group of five standing on the bridge at Radipole

Dozens of Canada Geese flew in from their roost on the nearby ‘Fleet’ lagoons, it was a noisy and boisterous affair disturbing the gulls and ducks. It was Vicky who found the first of the Bearded Tits and fittingly so, she got onto a very close individual, moments later she also found a Water Rail on the far side of the water, shazam! The girl was on fire. We also went on to see another party of the Bearded Reedling, a better name for the little beauties, a group of 3 or 4 of them worked their way along the far reed bed at water level. 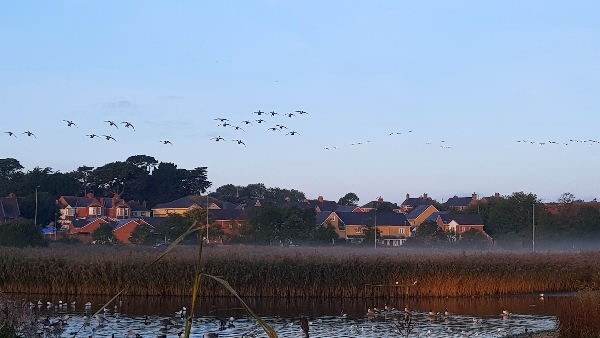 Canada Geese dropping in from the west

Two Cattle and one Little Egret joined Grey Heron, lots of Teal, a few Mallards, Gadwall, Tufted Ducks and the usual array of Coots, Moorhens and Mute Swans.  We also found a couple of Reed Buntings, Cetti’s Warbler, Common Chiffchaff, Dunnock, Robin and lots of the common species of gulls, but surprisingly, not the Mediterranean Gull! 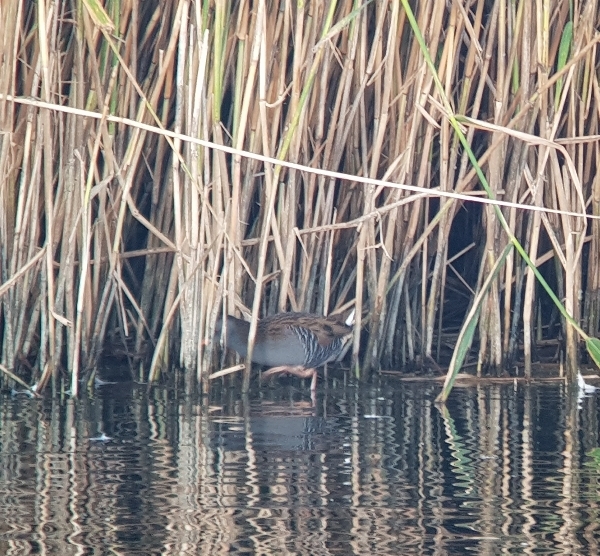 a Water Rail found by Vicky was playing hide and seek

Our visit to Portland was mainly around the Bill area, we parked in the Bird Observatory car park and walked down to the point where Portland Bill Lighthouse is situated. We saw a few Chiffchaffs along way, as well as the Little Owl in the quarry, lots of Linnets, Meadow Pipits and Goldfinches. 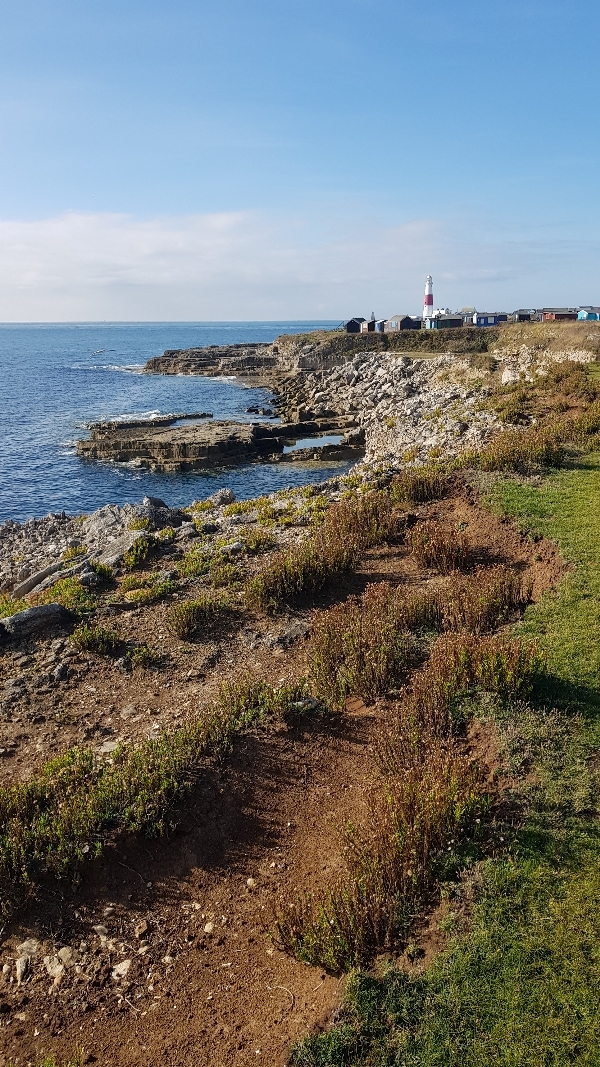 We searched the rocks for Black Redstart without finding one, all we saw were dozens of White Wagtails, more pipits than you can shake a stick at and a single Northern Wheatear. A Party of Ravens ‘cronked’ their way along the cliffs, we saw a group of Oystercatchers with one Ruddy Turnstone that had decided to hang out with the big boys. Nothing past on the sea not even a Gannet!! 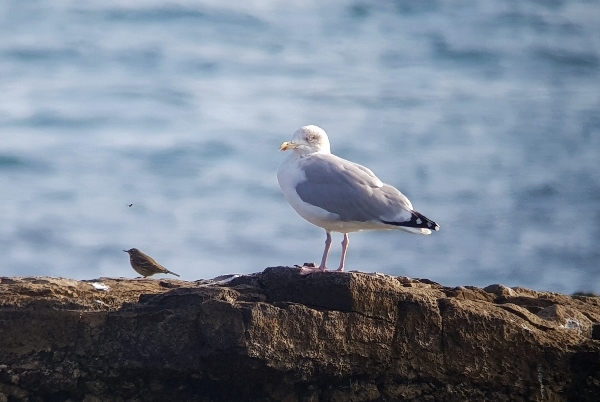 a Herring Gull eyeing up a Rock Pipit

By midday the trip was over, we drove back to our wonderful guest house and loaded up the bus. Chris and Sonia who had been perfect hosts were there to see us off. 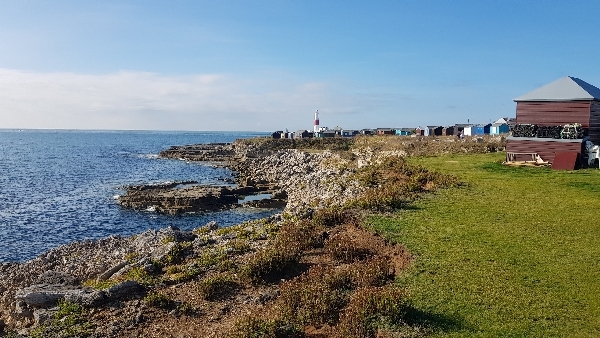 A short roadside stop near Dorchester gave us the opportunity to search the fields above Maiden Castle from a gateway, it produced nothing new and especially not the Corn Bunting we had hoped for.

It was 1:30 when we all said our goodbyes in the car park outside my home, it had been a very enjoyable trip, lots of laughs, some great birding but it was not the year for rarities.