WEATHER: very dismal and windy. It rained on and off all, but we had nice temperature.

Yes the weather was awful today but believe me I have seen much worse than that on Scilly. The wind was nowhere near as bad as predicted and all the boats set off to the off-islands. Only six of us caught the boat to St Agnes, Joe and Cindy stayed at the guest house. There was only 8 other people on board, the lowest number I have ever seen on the one of these boat crossings! A testament to the weather or how fickle birders have become these days?

The trip was fine a little rocky but no-one got soaked as we all cramped in the sheltered cabin area, we saw Gannets, Shags and gulls as we crossed. Once on dry land (actually wet land) we walked the short distance towards higher town and just past the Turks Head pub and café we stopped to view a small area where a BLYTH’S REED WARBLER had been seen yesterday. Another birder who was staying on St Agnes told us exactly where to look, he had been there for three hours!

After just 20 minutes of searching a Reed Warbler appeared, by then two other birders were with us and all agreed that it was not the Blyth’s.

A little later we walked up the hill to the parsonage where some flycatchers had been seen recently. Our searching was successful in finding two Pied Flycatchers, a bunch of Chiffchaffs and a Black Redstart. 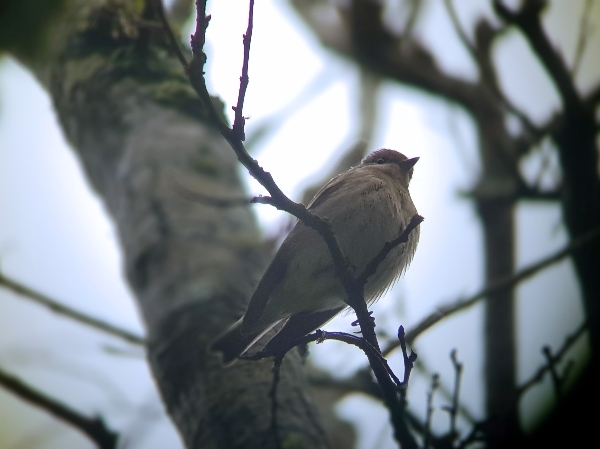 the underside of a Pied Flycatcher at the Parsonage

Walking down the hill to the sports field (cricket pitch) we found Linnets, Goldfinches, Meadow Pipits and a huge flock of Starlings. A birder called us over to point out a Siberian Chiffchaff, one of two that had been seen over the last few days. We all had good views of it, the birder, called Neville, took some good pictures of it (for the first time in several years and many trips there was not a photographer on my tour!!). 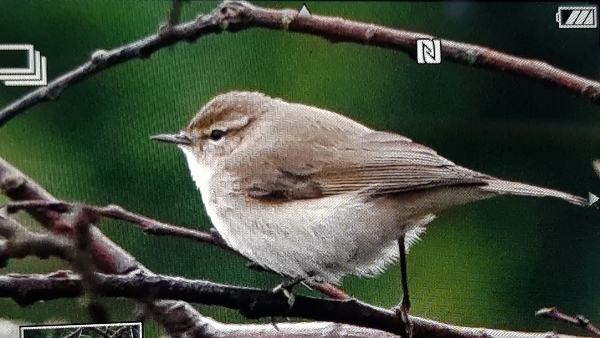 a Siberian Chiffchaff, taken by Neville Smith, this is a photo of the back of his camera, a BOC shot.

We searched Porth Killier for waders and gulls and found Oystercatcher, Turnstone and Curlew and the two ‘Bulb’ fields nearby produced nothing new. We sat on a bench and seats near the cricket pavilion (a hut) and ate our picnic lunch, two of the group, Chris & Sheelagh, decided to walk back to the Turks head for a long lunch. A party of four Siskins landed just in front of us and fed in the grass. 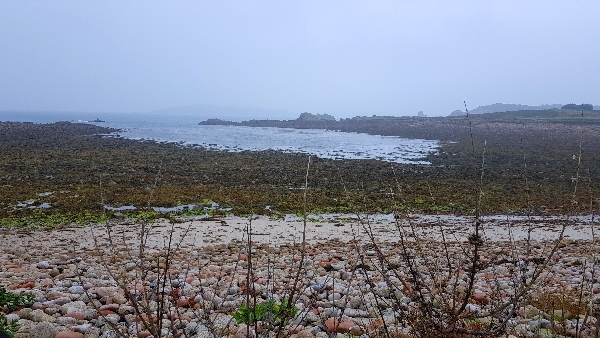 Not two minutes after they had left, Chris called my phone, they were calling to tell us that a Yellow-browed Warbler had been found just up the lane.

We hot-footed it to them and began a stake out which lasted an hour or so, Chris & Sheelagh gave up and continued to the pub and the other two, Ian & Sarah went back to the bench, that left just me and Cheryl. Not long after we bumped into Neville the guy who showed us the Siberian Chiffy, he got onto the Yellow-browed Warbler and over the next few minutes the bird showed very well to all three of us, he once again got some pictures of the bird. 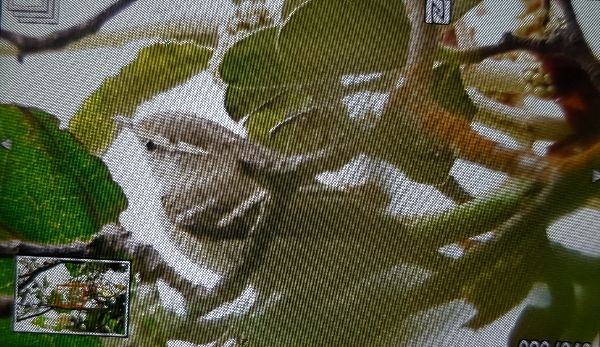 another BOC from Neville Smith's picture of the Yellow-browed Warbler`

The YBW was flushed by the arrival of Ian and Sarah as they turned a corner towards us, they had finished their lunch on the bench. We spent another 30 minutes searching, we could hear it calling but it only showed in flight a couple of times.

Two Golden Plover had been seen on the beach in Porth Coose so after finishing our lunch we set off across the cricket pitch to the edge of the beach at Porth Periglis, this was the windiest part of our walk but it stayed dry. We found a single Ringed Plover but not the Golden Plovers, they must have hunkered down behind some rocks. In Porth Coose we got the same result.

It was now approaching 3pm so we started to make our back to the quay to catch the 3:30pm boat. We stopped to search the gardens near the Turks Head pub for a Lesser Whitethroat without success. We collected Chris and Sheelagh from the pub (no, we didn’t have to carry them back to the quay).

The crossing back to St Mary’s was fine, even calmer than this morning. Cheryl and I were the only ones up for another walk so we ventured on the sheltered northeast side of the island to view the beaches at Porth Mellon and Porth Loo. We saw lots of Oystercatchers, Sanderling, Turnstones, a couple of Curlews and a Grey Heron.

Sanderlings on the beach at Porth Mellon

At Lower Moors we watched 7 Common Snipe and a single Jack Snipe. A Water Rail put in an appearance too. In the ‘Standing Stones’ field we looked for Whinchat and found only Stonechats. 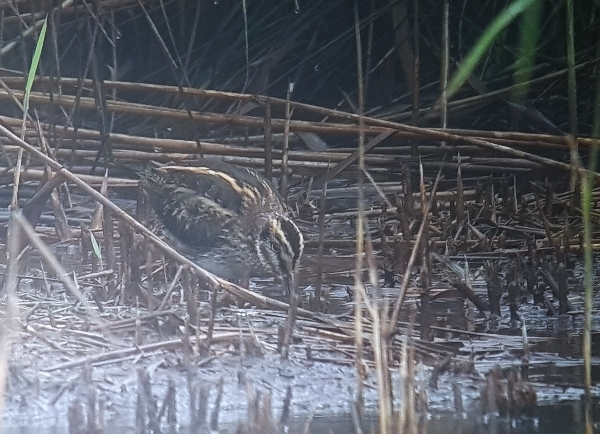 From Old Town Beach Cheryl walked ahead of me as the time was getting late, we needed to change for a 6:30pm dinner booking. I stopped to search a field next to a cottage called ‘Nowhere’ and saw a bunch of birds feeding there. Goldfinches, Chaffinches, Linnets, House Sparrows and to my great delight a single Brambling was present, Cheryl was gone up the hill, so I enjoyed this last sighting alone.