The day started with a clear sky but by the time I reached Chew Valley it has clouded over, I even drove through patches of fog along the way. Chew Valley Lake was covered in birds with a few goodies dotted around...............

I left home in sunshine at 8:15am and reached Chew Valley by 9:30am where dull clouds sat ominously over the lake. My first was at Herriot's Bridge which spans a causeway across a bay of the lake, large tracts of reeds surround the shoreline on both side of the bridge. I first looked along the channel that flows under the bridge and connects the main lake to the bay bisected by the bridge because it is the usual haunt of Common Kingfisher. Sure enough there was one there along with several Little Egrets, Little Grebe, Common Moorhen, Great Cormorant and a few Mallards. 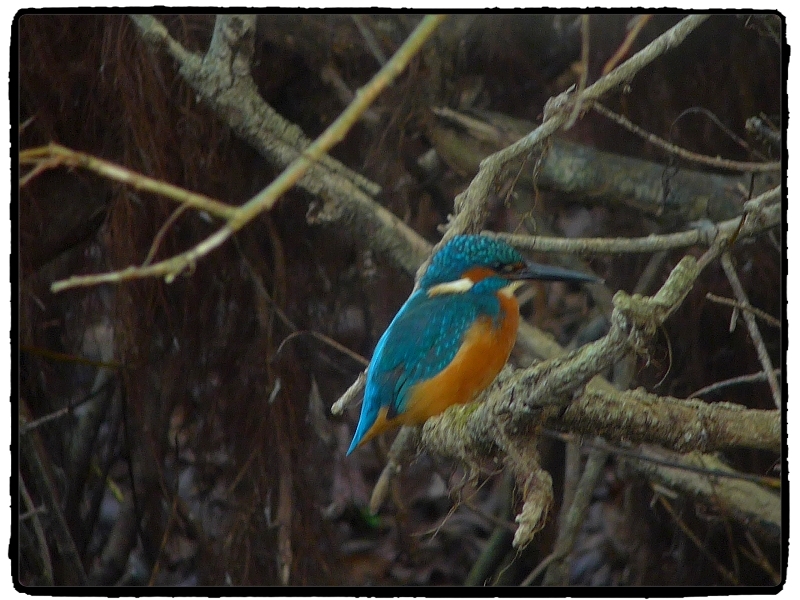 a colourful gem in an otherwise dull habitat - COMMON KINGFISHER

Looking much futher out onto the lake I could see vast 'rafts' of ducks in the middle distance, Coots, Grebes, Cormorants, Geese and Swans, I soon listed most of the common species of duck and looking from the other side of the bridge into the small bay many birds were also present but much closer. I added Northern Pintail, Eurasian Wigeon, Common Shelduck and along the shore Pied Wagtails fed on flies. A family party of Long-tailed Tits filtered through the nearby bushes and a couple of Meadow Pipits flew over me. 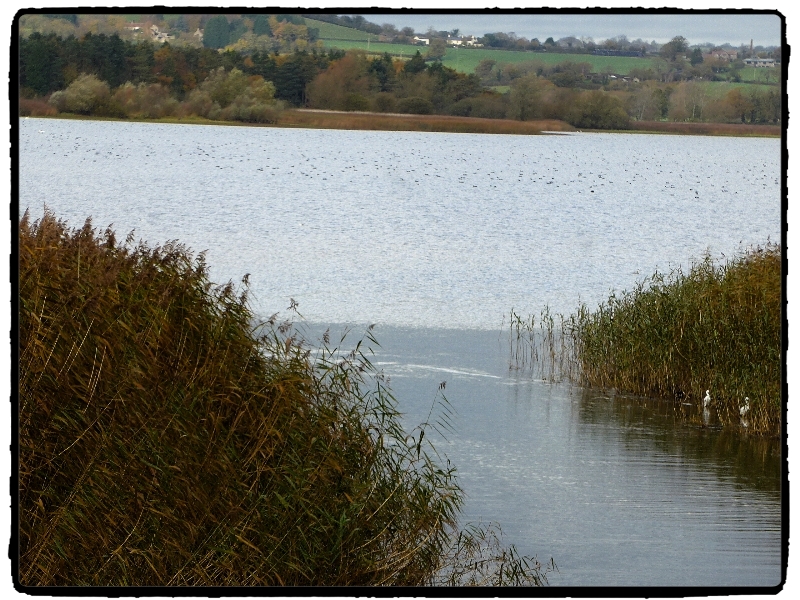 From the causeway I drove around to the visitor's centre and cafe where at 10am, I met my old friend and recently retired,  Richard. After a lovely cup of coffee we drove round to a aecond causeway called Heron's Green where an almost identical landscape to Herriot's Bridge occurs. From there we added Great Egret (3), Goosander (4), Green Sandpiper (1) and Goldeneye (3), we also saw Great Black-backed Gull to add to our list of Herring, Common, Black-headed and Lesser Blacked-backed Gulls. 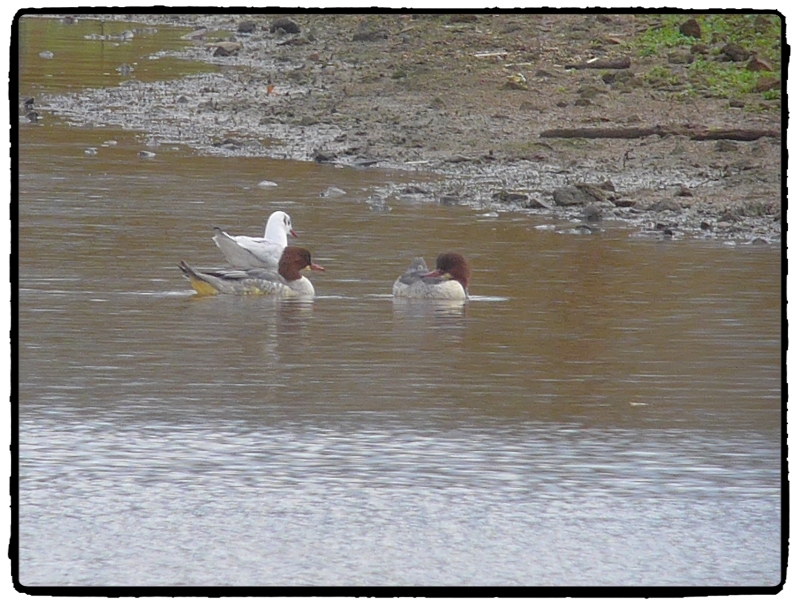 records shots of GOOSANDER above and GREAT EGRET below 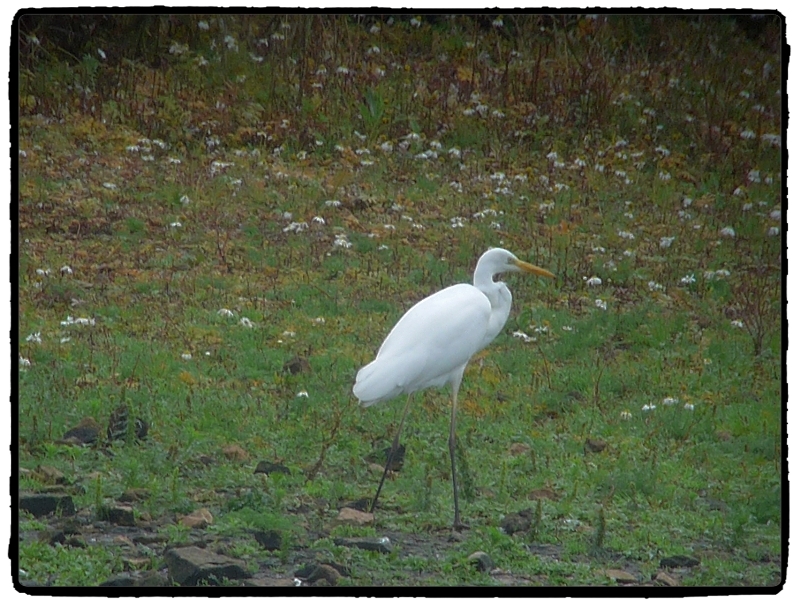 We then drove to one of the many hides dotted around the lake, we never stayed long and only saw a few Meadow Pipits and Pied Wagtails as well as large numbers of Great-crested Grebes, Common Coots, Tufted Ducks, Common Pochards and Eurasian Teal.

A couple other birders in the hide informed us of the presence of a Red-throated Diver a short distance away, so off we went to Woodford Lodge about two miles further along the shore. It took a while, even with several people looking, but eventually Richard picked out the diver. 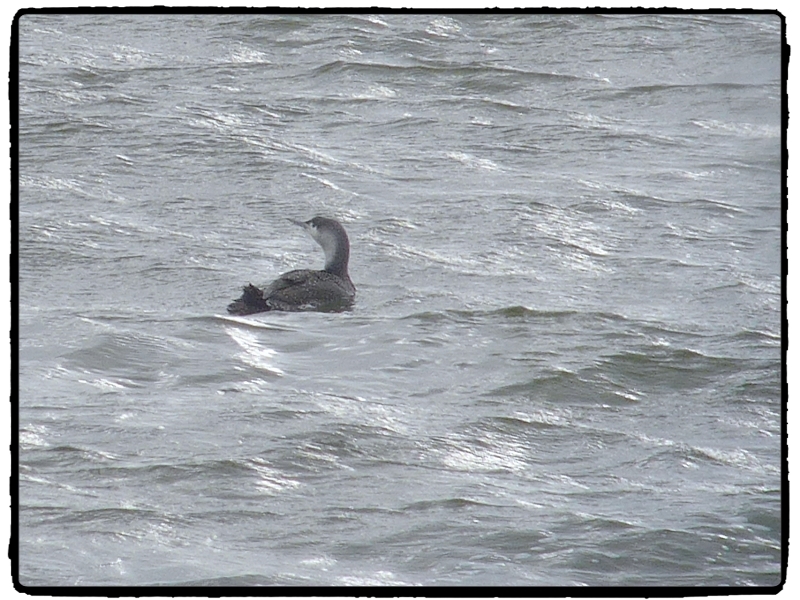 yet another record shot - RED-THROATED DIVER

From Woodford Lodge we drove to the nearby lake at Blagdon. Our target species there were Black-necked Grebe and Bewick's Swan with the hope of Water Pipit. We found two out of three and also added Common Raven, Common Buzzard and Jay to the day list. 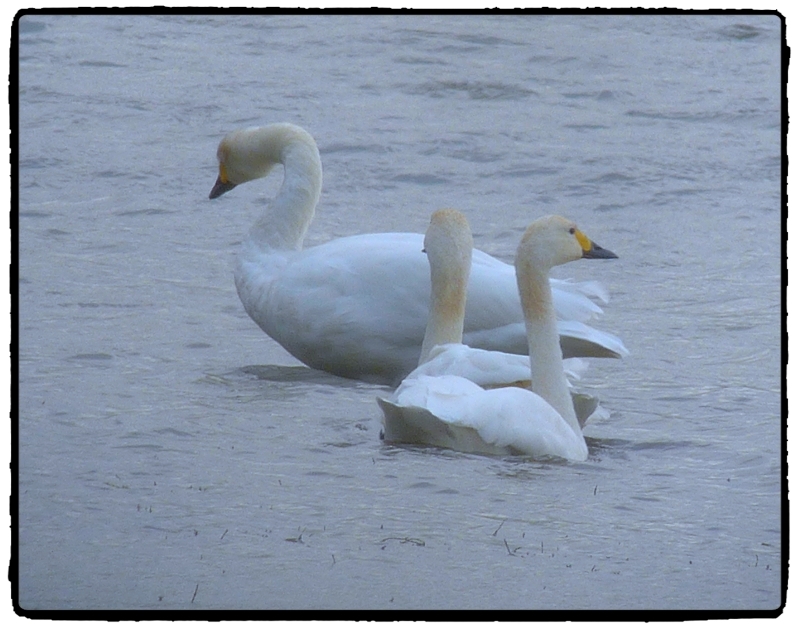 two pictures of a few of the 13 BEWICK'S SWANS found at Blagdon. 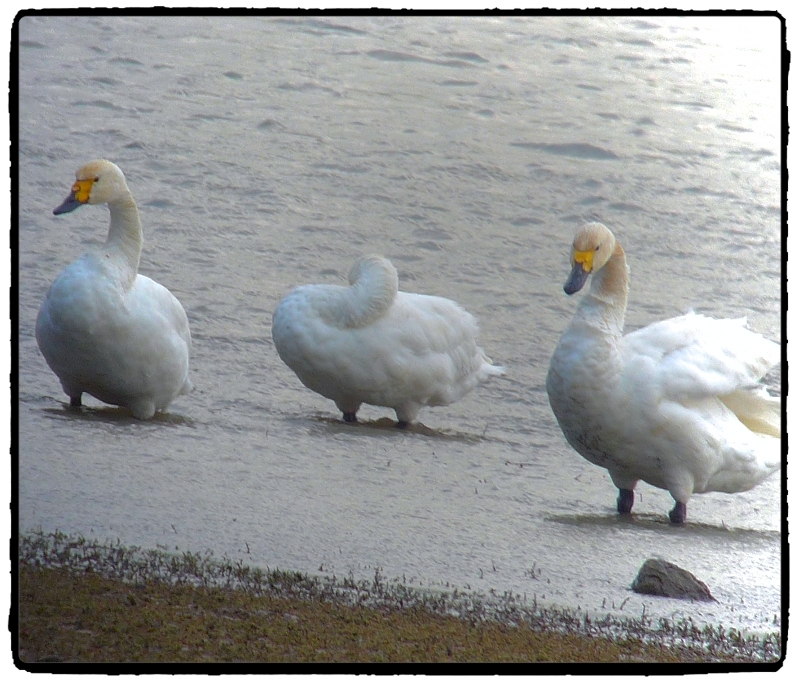 From Blagdon we drove back to Chew where I had left my car, the wind had picked and rain was in the air so we called it a day at 2:30pm.