Today I met Nigel at Ham Wall RSPB car park at 8am for a day's birding in the wonderful marshland area of the Somerset Levels. A Bittern was heard 'booming' from the car park, a promising start. 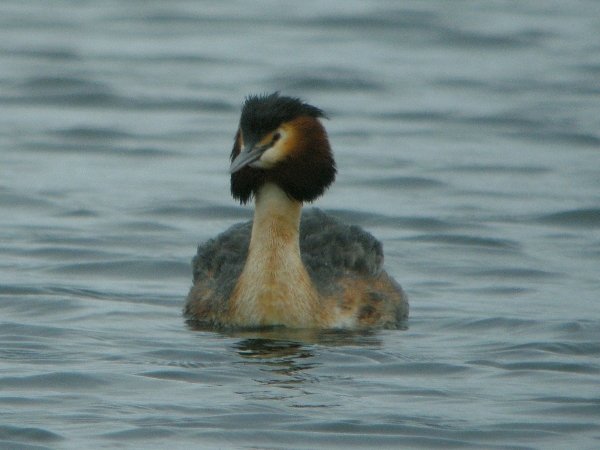 We walked along the central track noting several common garden species as well as Little Egret, Teal, Wigeon, Gadwall, Shoveler and Mallard. A quick stop at the first look-out added Great White Egret, Mute Swan, Little and Great Crested Grebes, Moorhen and Coot to our list. From the first hide we watched Common Snipe and from the Tor-View Hide we had great views of two Glossy Ibis, these two local celebities have been around for almost a year and there are high hopes that they will breed this year, that is, if one is a boy and one is a girl. 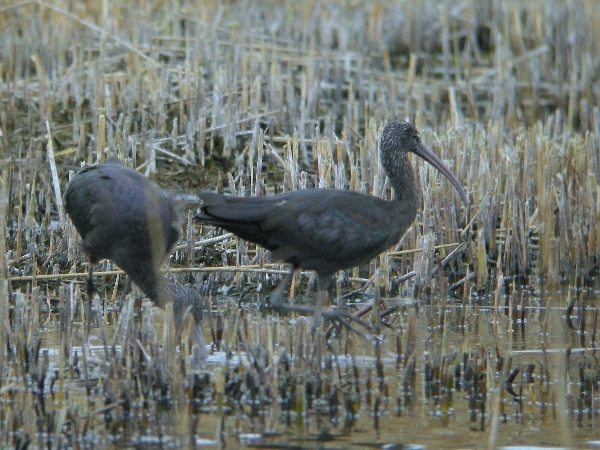 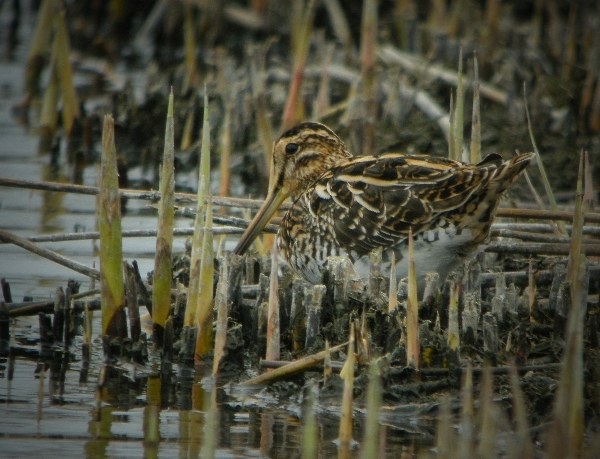 Close views of Reed Bunting and distant Common Buzzard were followed by Song Thrush and Cetti's Warbler further along the track. We made our way to the Avalon Hide which offers superb views over the surrounding reed-beds and a large pool. An hour passed quickly as we enjoyed short views of at least 3 Bitterns! A Water Rail was nice to see and extended views of a small party of Bearded Tits was a highlight and even though they were distant they looked great in the scope. 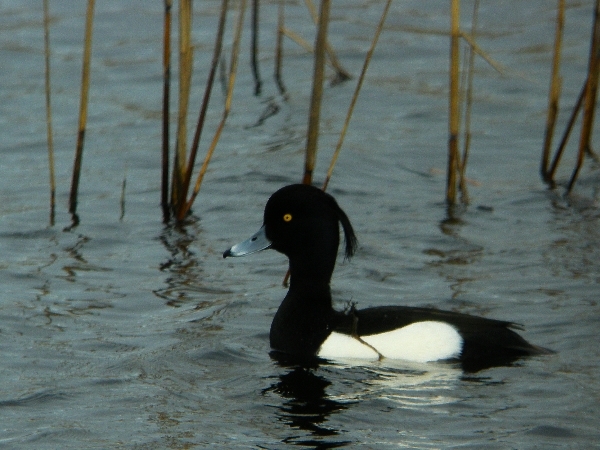 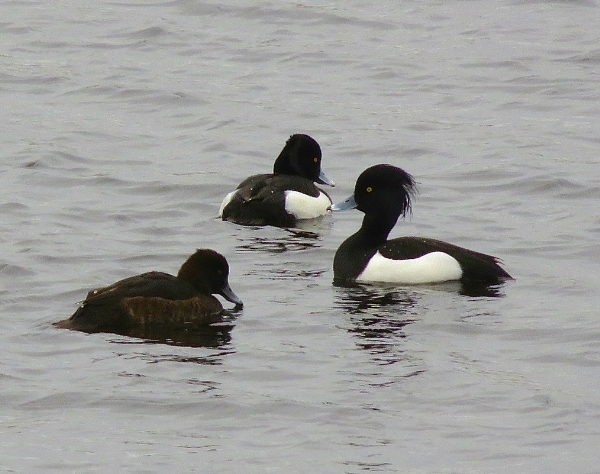 Marsh Harriers sightings were frequent, they are obviously pairing off and are currently nest building, they gave quite a show.

Back at the car park Nigel produced a nice cup of coffee with chocolate-chip biscuits, wow the best thing he'd found all morning! ha! Above us dozens of Sand Martins were dashing about quite high up as was a male Marsh Harrier which was performing some kind of display. 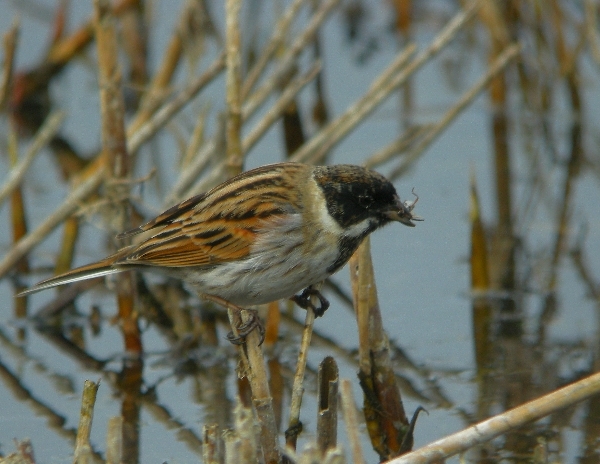 After the coffee break we walked to Noah's Lake where we sat in the raised hide and enjoyed another hour. Our sighting highlights were Goldeneye (a pair), pintail (3), Kingfisher, Common Buzzards (4) it looked as tgough they were pairing off too! A Bittern 'boomed' several times off to our right and a few minutes later it flew right across our view in the front of the hide. This was fantastic and our best sighting today of this normally secretive and elusive species. Our return journey to the car park was via a new boardwalk route which was an interesting excursion and produced sightings of Bullfinch and a noisy Wren with a beak full of moss. 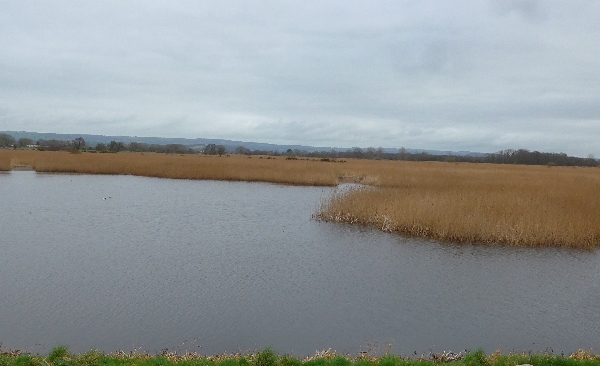 View from the Avalon Hide

For the afternoon we drove round to Westhay Moor and walked along London Drove hoping to bump into a flock of Siskin and/or Redpoll, neither of which turned up. At 30 Acre Lake we found lots more Pintails and a couple of Goosander, a Great White Egret sporting a black bill and the breeding 'green' lores was a indication that the 'Levels' were going to have another successful year with this species. 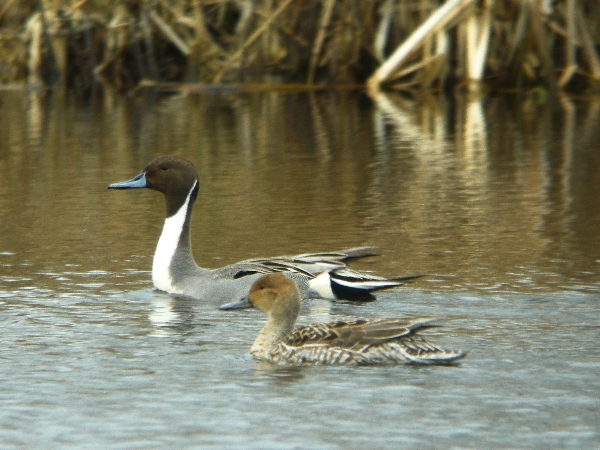 A pair of Northern Pintail 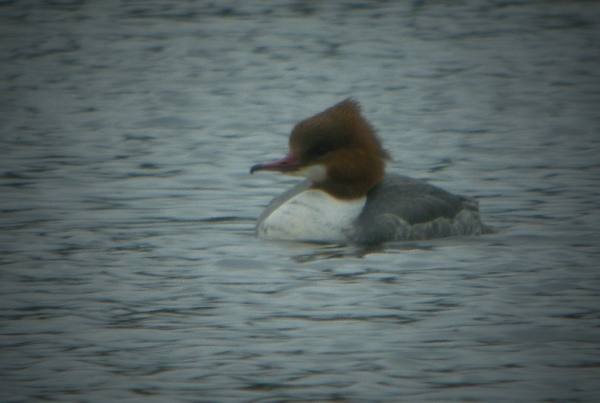 a record shot of a distant Goosander

We finished off back in the car park where 4 more Great White Egrets flew over. It had been a great day out with lots of sightings, spring is definitely in the air. 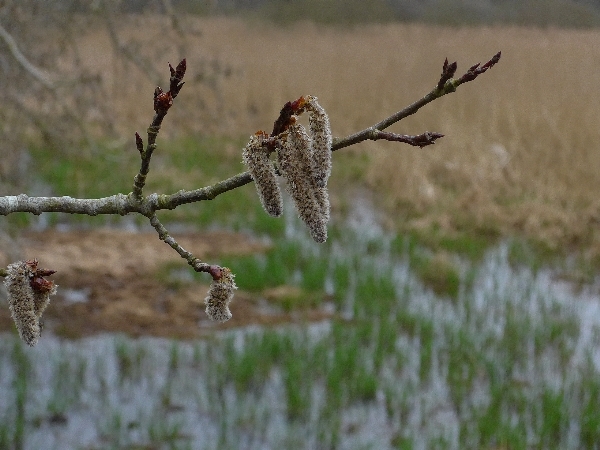 Spring is in the air