Another day around Tarifa, peak migration is practically over but a few good migrant sightings were made today...........

I collected Jane near Casares at 8am, Jane is a regular client and likes photography as well as birding. It was a clear morning with a light westerly wind, but as soon as as we got to the coast it clouded over. We drove through Algeciras then as we passed over the Puerto de Bujeo we pulled into the 'country park' in hope of seeing some migrants. However, it was not to be the case, a few Common Stonechats, Garden Warblers, Serins, Blackcaps, House Sparrows and a Eurasian Sparrowhawk was all we got. We did find a nice colony of Monarch Butterflies with many individuals on the wing, large clumps of the non-native Asclepias curassavica, Tropical Milkweed, was the reason for the large population of Monarchs. 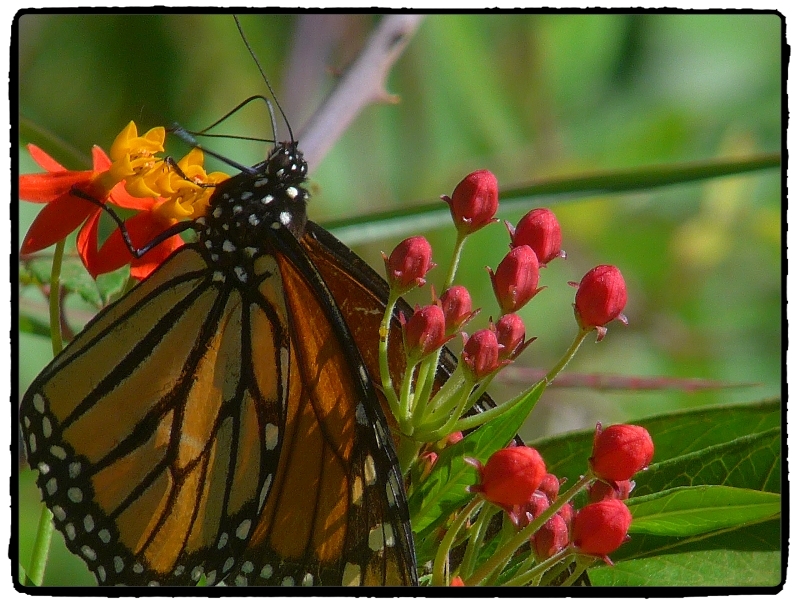 La Janda was much better we had a lovely time there with an impressive list of raptors, we spent most of our time watching from the central track. Both Montagu's and Marsh Harriers were seen in good numbers, White Storks numbered in their hundreds and a single Black Stork circled on high with two more seen on the marsh.

a STORK blockade? Just 45 of over a couple of thousand at La Janda

We saw a mixed flock of hundreds of Sand Martins and House Martins, with Barn Swallows and higher up Alpine Swifts criss-crossed the leaden sky. At the end of the central track we paused to scan for raptors with great success, first a Peregrine Falcon was found on a pylon and just 5 meters from it sat a Black-winged Kite! Then I picked up a very smaller raptor chasing Corn Buntings, it was a Merlin, wow, my first of the autumn! 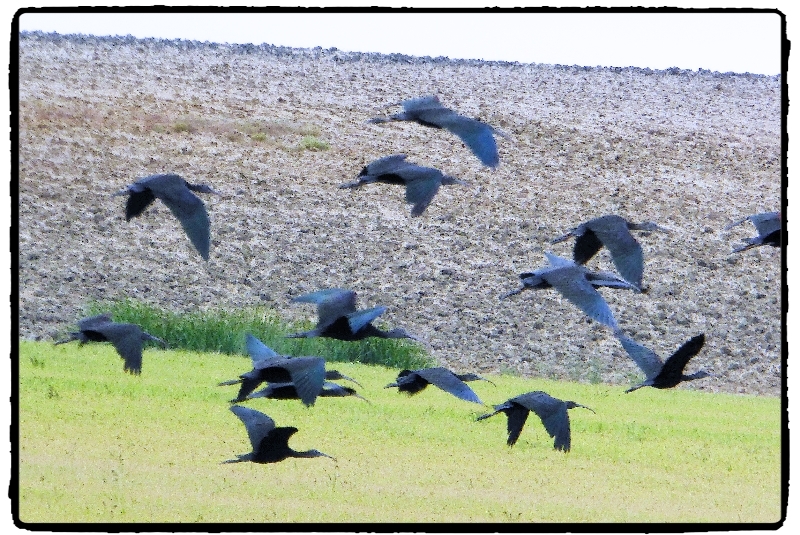 Our time on the Benalup track was spent watching a huge flock of Glossy Ibis, with a couple of Black-winged Stilts and a Green Sandpiper. Over 500 White Storks were nearby and more were in the sky. 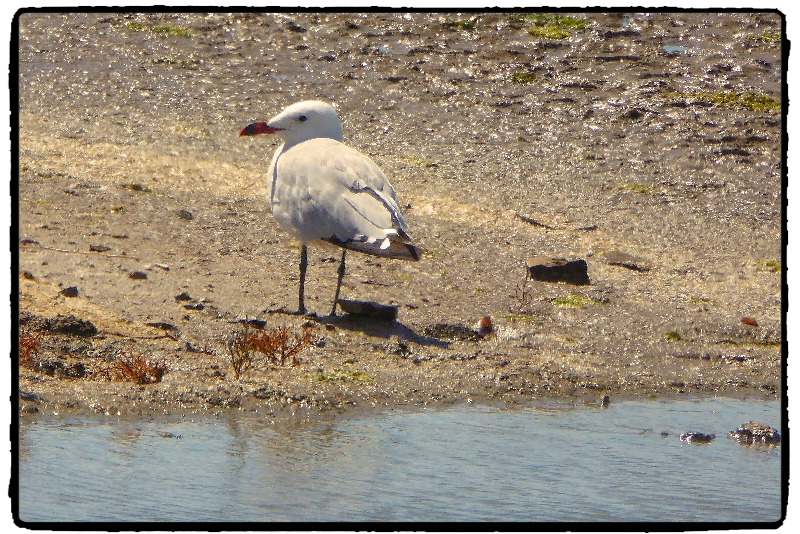 We also spent some time looking for passerine migrants in the small copse planted around the pools, we came up with one Willow Warbler!

Our drive back to Gaucin was very pleasant, the afternoon light was just stunning, no wonder so many artist flock here to paint these wonderful landscapes. The view across to Morocco was the clearest I have ever seen it, fantastic.