My last official day-tour of the season turned out to be wet, windy and cold, yes I am still in Spain but it doesn't feel like it today.........

Jane came out with me for her second day, we met on the edge of the village before driving towards Ronda heading for the Encinas Borraches track. We met John and Gill at the start of the track they were joining us for the day and had travelled up from the coast near Fuengirola.

It was dull and overcast, just 15C with a wind chill that dropped it to around 10C, light drizzle was falling at times........not weather that is conducive to good birding and it proved to be the case.  We quickly found a Southern Grey Shrike, a small flock of Corn Buntings and a family party of Common Stonechats. 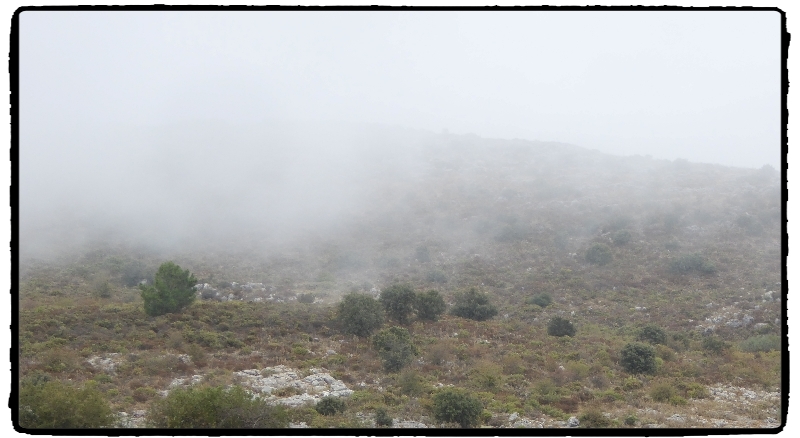 low cloud - not good for raptor watching or anything else!

Moving on we found a group of Thekla Larks which eventually showed well but there was no sign of any migrant wheatears or any other migrant species. We found a second Grey Shrike which led us to a couple of distant Black Wheatears (residents) and apart from a few European Goldfinches and Eurasian Linnets nothing else appeared for quite a while. We noted several Griffon Vultures drifting over the ridge and a very distant Blue Rock Thrush but nothing else, so we gave up and walked baxk to the cars for a warm up.

Next we drove round to the Sierra de las Nieves natural park hoping for some more bird sightings and better weather. Both proved to be true, however birding was hard work, the cold wind persisted which kept most birds hidden. 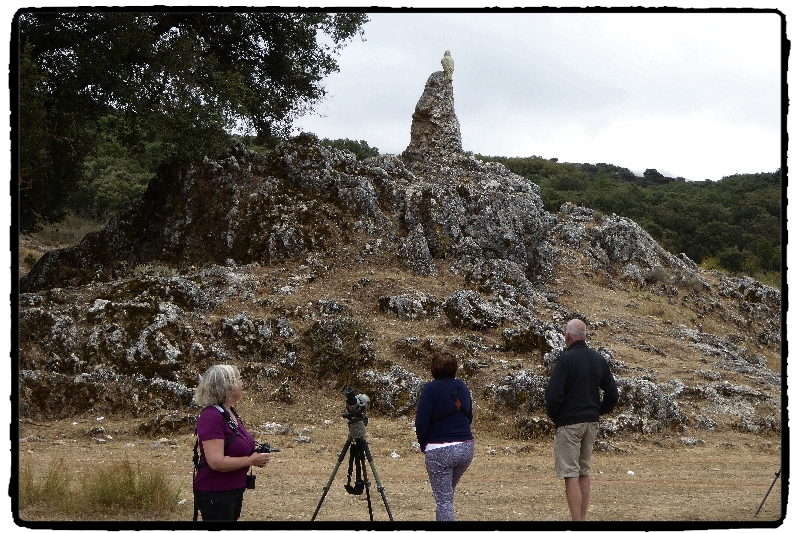 At the entrance to the park an open area for BBQ's (not today) was devoid of the usual array of species, it took a while but we saw Eurasian Jay, Common Chaffinch, a pair of Rock Buntings, Barn Swallows and a few more Griffon Vultures. A short walk added a flock of 12 Rock Bunting, a single Cirl Bunting, Great Tit and more Chaffinches.

Driving deeper into the reserve we got out of the wind and into the cork oak forest where we found a feeding flock of birds, it was very difficult to see them but we got fleeting views of Firecrest, Chiffchaff sp. Blue Tit and Great Tit. 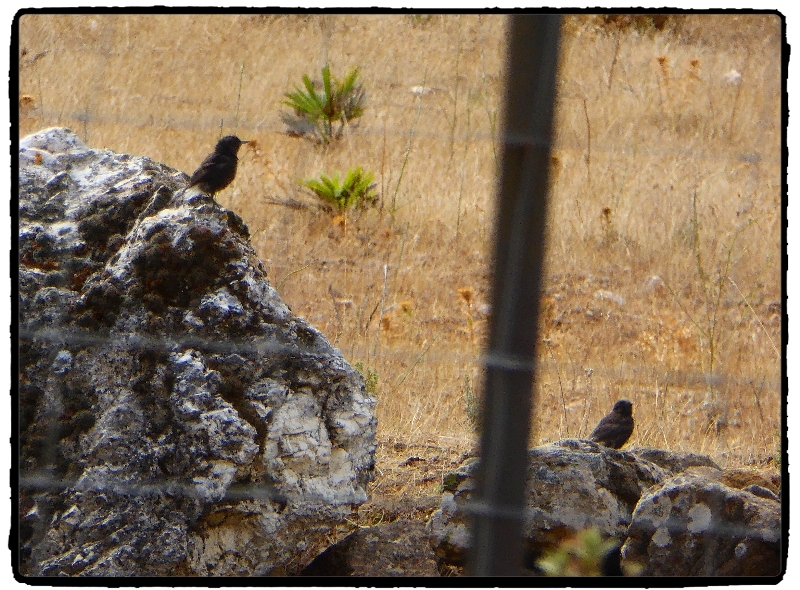 An open area further along the track gave us some nice sightings, we found a pair of Dartford Warblers, they showed very well and half a dozen male Black Wheatears were much closer than earlier birds.

We ate our picnic lunch under pine trees but we decided to abandon the park and go for a coffee, great idea! For the afternoon we headed for the Guadiaro Valley where the river winds its way from Ronda to the coast. At Benaojan there is a famous cave called Cueva de Gato (cat's cave) it is a very picturesque spot and today it was sheltered and much warmer than elsewhere.

A swirling throng of Alpine Swifts were joined by Crag Martins above the cave entrance and more Griffon Vultures drifted over. The clear water cascaded from the cave into a turquoise-blue pool where a Grey Wagtail enjoyed a feast of flies and water insects but wouldn't keep still for our cameras. A couple of Black Redstarts flitted about at the entrance to the cave and eventually showed well.

Just down from the pool a fig tree laden with fruit stooped over the narrow stream with brambles and reeds below it. Many Blackcaps and a few Garden Warblers fed on the fruit whilst a Spotted Flycatcher dashed out chasing anything that flew by. We enjoyed our time watching these birds but failed to see a Cetti's Warbler which screamed out its voluminous song several times from the stream-side scrub. 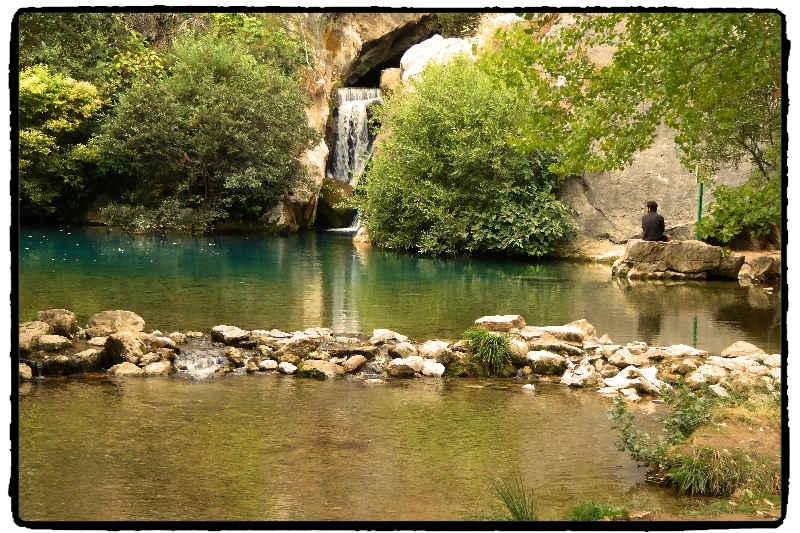 As the cloud lifted a little, we noted four Short-toed Eagles, one of which perched high up on the mountain ridge, We then took a short walk along the river noting more Grey Wagtails, lots of Goldfinches and we heard yet another Cetti's Warbler. 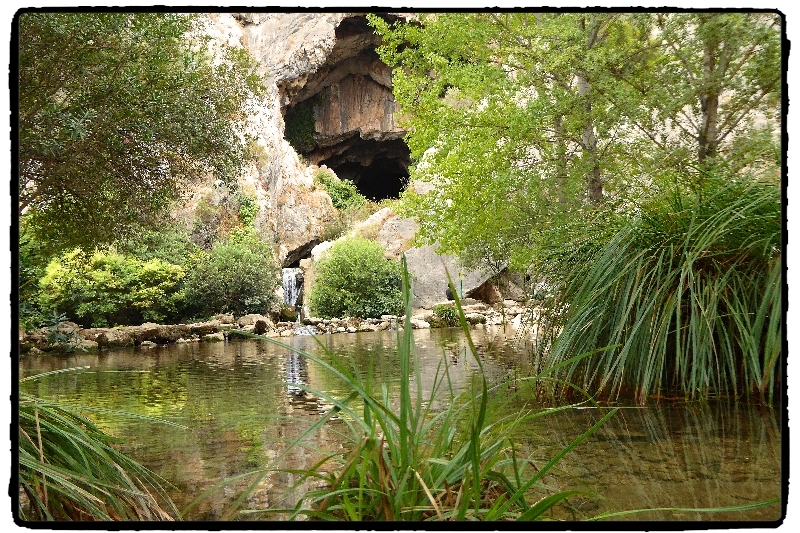 It was now late afternoon so we drove down the valley to Cortes de la Frontera and onto to Estacion de Cortes where we stopped by the river for our last birding of the day. A White Wagtail showed well as did a Cetti's Warbler, at last! A Common Chiffchaff also appeared but in general it was quiet. A mixed flock of Common and Spotless Starling sat on the power lines whilst another, tighly packed flocked soared high in the distance, they were being closely attended by a Eurasian Spaarowhawk. A Booted Eagle circled distantly as did even more Griffon Vultures. 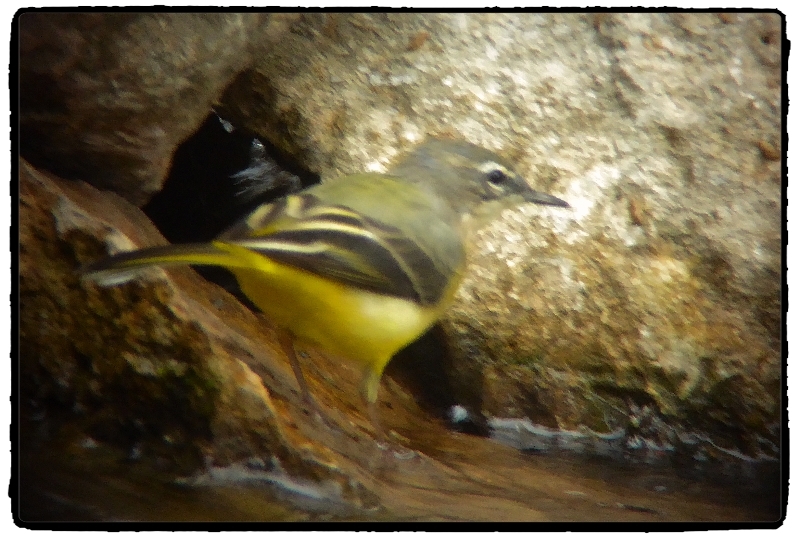 Our final sightings were of Barn Swallows, Sand and House Martins, Common Stonechats and Golfinches, the light began to fade as we made our way back to the village. I said goodbye to Jane whilst John and Gill came back to the house where Dawn had prepared a delicious warm Spanish braised-pork dinner, yum yum! We are going to Sri Lanka with John and Gill in January and had things to talk about over dinner, they left a lot warmer than they arrived.