Another cracking day down at the coast, we listed 14 species of raptors as well as numerous other birds, the light was superb a great experience and a thrill to be out there!

I left Gauncin at 8:15am and collected Jane, a regular day-tour client, at the coast at 9am. We drove to San Enrique Woods to start our search for migrating birds. On the football pitch we saw lots of Yellow Wagtails, a couple of White Wagtails, some Linnets and small flocks of both Common and Spotless Starlings and a few Collared Doves.

On the fence along the perimeter of San Enrique Woods we found several Pied Flycatchers, Spotted Flycatcher and a flock of Serins. A few Monarch butterflies elegantly drifted by and a single Hobby flew over us just as we got there. In the woods we never added much else but the river produced, Green Sandpiper, Night Heron, Cetti’s Warbler, Mallard and a flock of Long-tailed Tits. 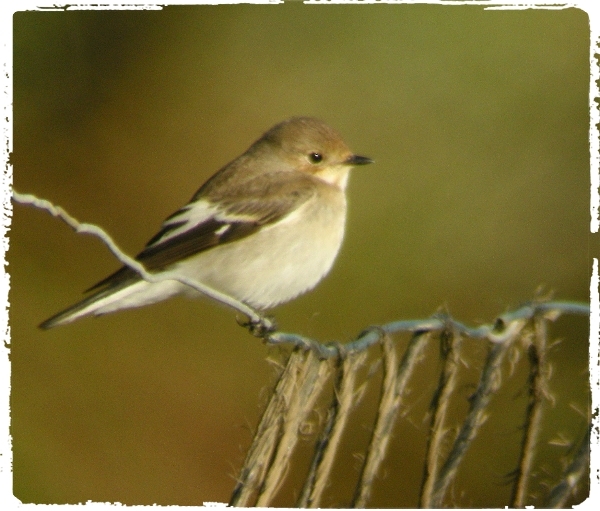 Driving through Algerciras we noted Booted Eagle and as we approached El Garrobo watch-point we saw Griffon Vultures. We stayed at the watch point for a couple of hours and although the sky was barren at times there was plenty to watch. Booted Eagles numbered in their tens, whilst Short-toed Eagles were less and Eurasian Sparrowhawks came over singularly.

At Cazalla there were a lot more birds, we stayed longer and enjoyed a good range of species, some came pretty close whilst others were just dots. Again Booted Eagles dominated our sightings list, a hundred or more came over, but Short-toed Eagles, Black Kites, Marsh & Montagu’s Harriers were also passing. We had singles of Goshawk and Egyptian Vulture and plenty more Griffon Vultures. A flock of about 100 House Martins came over in a swirling mass and Barn Swallows trickled through in a constant stream.

By 2:30pm the migrant passage began to ease off so we set out for La Janda, it was 3pm by the time we reached there. I drove us straight to the open water about half-way along the central track where hundreds of Cattle Egret and Glossy Ibis were feeding. We found a single Squacco Heron, hundreds of White Storks, seven Eurasian Spoonbills and large numbers of Jackdaws. 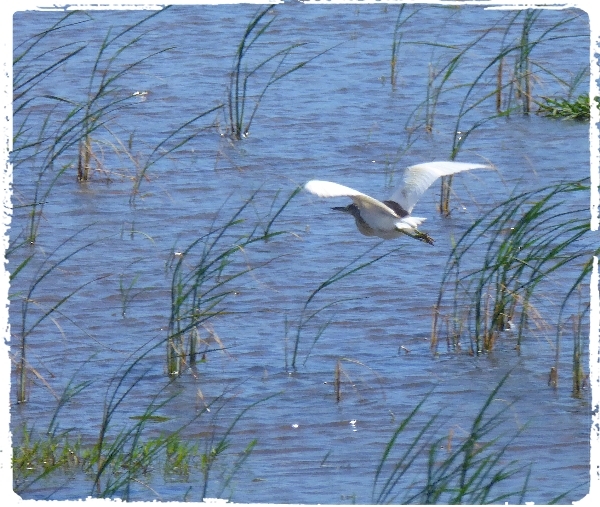 Wader numbers were generally down on last week’s count but we saw Common Snipe, Ringed Plover, Ruff, Black-winged Stilt, Green Sandpiper and not much more. Further along the track we searched for Purple Heron without success but about a thousand White Storks was an impressive sight. 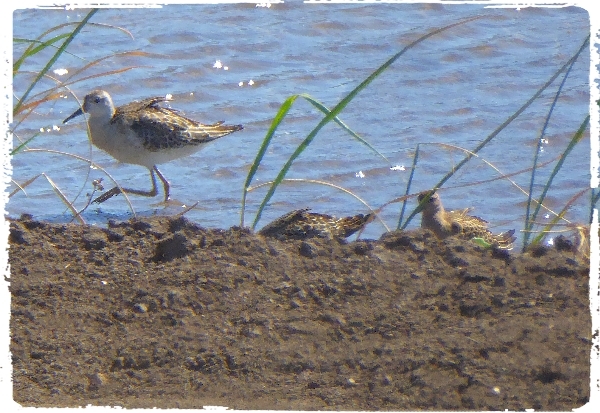 Ruff in the rice fields

In the distance we noticed huge flocks of Cattle Egrets and Wood Pigeons in the air because Marsh Harriers were drifting over them, however on closer inspection we also found SPANISH IMPERIAL EAGLE (2cy), Black-winged Kite and half a dozen Lesser Kestrels. 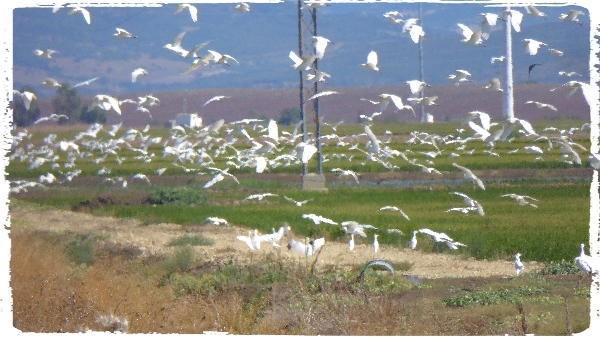 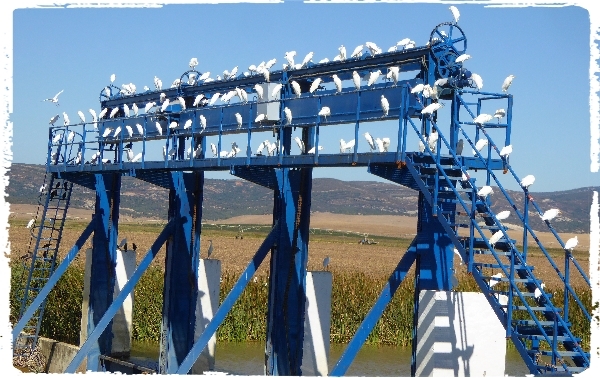 The spectacle of so many birds in the air was enthralling, the afternoon light added a magical touch to the scene. It was a terrific couple of hours’ birding and an experience I will never forget.