DAY TRIP IN DORSET WITH DAVID AND SALLIE - 2

WEATHER: dull and overcast for most of the day, with a brisk chilly wind. Top temp 14C

We expected to get wet today with rain forecast for some of the day but that did not happen, we got some bouts of sunshine instead during the afternoon, but we had a brisk chilly wind all day which made it feel cold.

I collected David and Sallie from their Guest House in Weymouth at 7:30am  and drove them staright to Maiden Castle on the southern side of Dorchester, it was breezy out there and I didn't hold out much hope of seeing our target bird the Corn Bunting.

A few Linnets dashed about and we saw some Goldfinches, we could hear Skylarks singing but there was no sign of a Bunting. We then drove down to the main car park near the Castle (Hill-Fort) and found the Bunting sitting on a fence, it flushed as we drove past but soon returned, we 'scoped it from the car park and my two companions got some great pictures of it as we edged nearer in the car. A Skylark pirched up on a post too, click, click went the cameras. 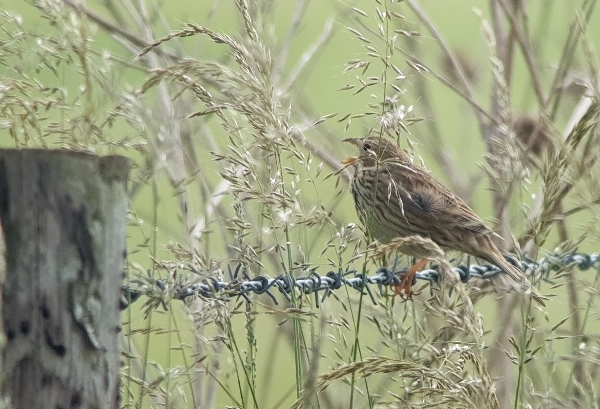 my favourite bunting (not!) seen at Maiden Castle

From Dorchester we drove to Sherford Bridge, about 4 miles north of Wareham. We took a circular walk and spent two to three hours doing so. The breeze kept a lot birds out of sight but we did see Gioldcrest, Blue and Great Tit as well as the usual Wood Pigeon, Magpie, Jackdaw and Crow.

Once we got out onto the heath we found a Dartford Warbler within minutes, this male showed extremely well and once again we got some good pictures. We also saw Stonechats and more Linnets. 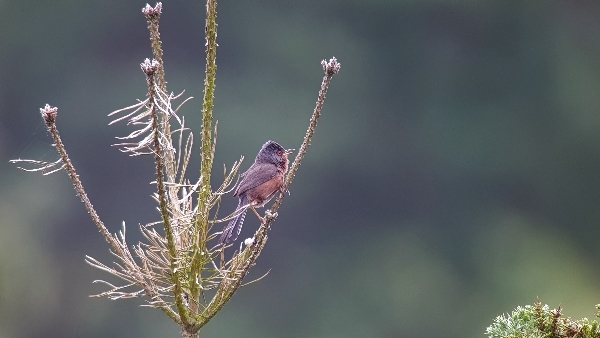 Then a buzzard flew out form behind the trees and started to circle above us, it was a HONEY BUZZARD, wowzah! Our most wanted species was circling above us!! Then a second bird joined it and third bird turned out to be a Common Buzzard. David and Sallie got some record shots of the HBs and I was over the moon for them. 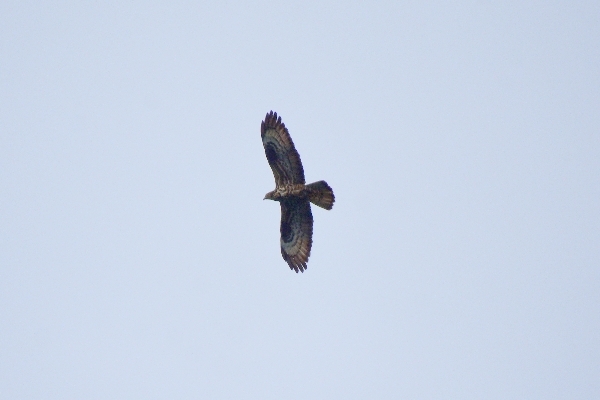 Sallie got the best picture of a Honey Buzzard

They are both big year listers and the Honey Buzzard gave them their 245th species of the year!!! We continued our walk hoping for a Tree Pipit or even a Hobby but we never saw either. In fact, apart from more Dartford Warblers, Stonechats, Linnets, a couple of Treecreepers, Robin, Dunnock, Chaffinches and Goldfinches we didn't see much else. 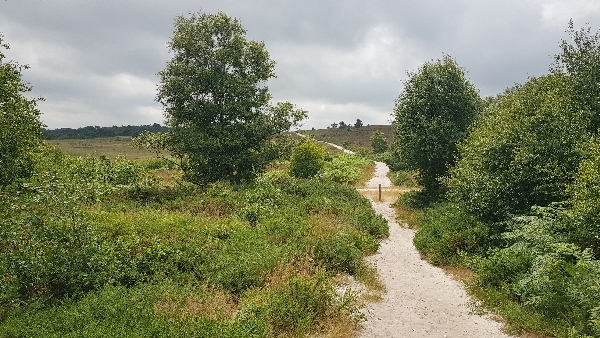 Before we left the area we drove towards Wareham and pulled over to take another track onto the heath, there we were much more successful as we saw two pairs of Tree Pipits. Both pairs were feeding young and made frequent journeys out onto the heaath to collect food, we left them in peace after a short spell with the cameras. 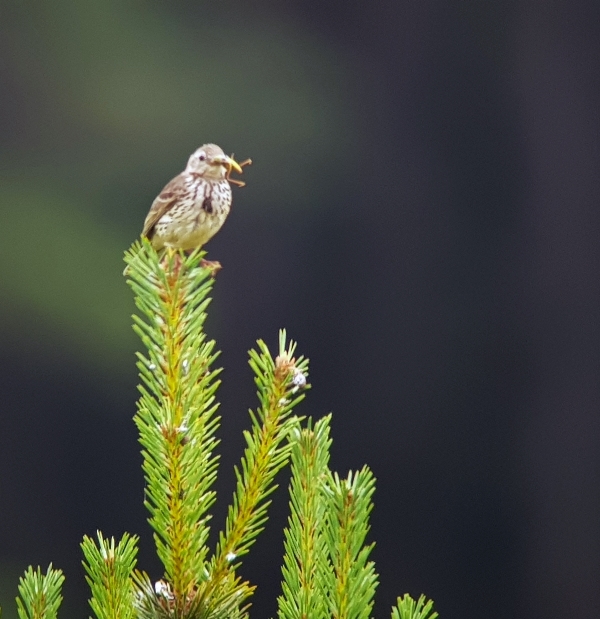 Next we drove to another site on the edge of the forest where I often look for Honey Buzzards and Yellowhammers. We ate our lunch and never saw a single raptor or a bunting. We moved further down a lane and before long we found a male Yellowhammer, Skylarks, Stonechats and a Common Buzzard. 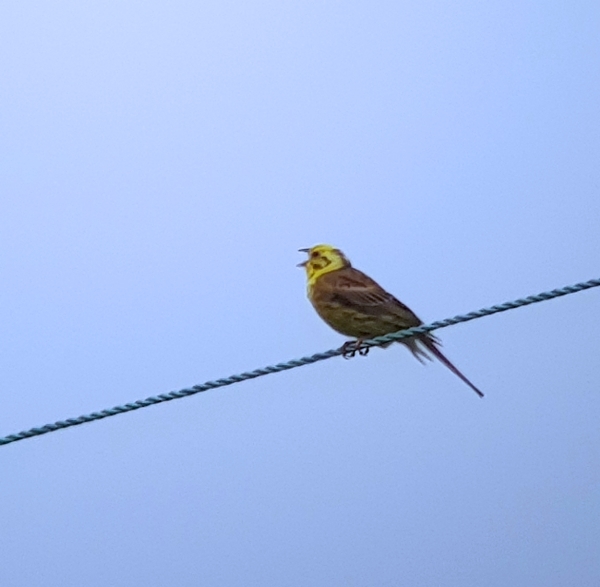 For the afternoon we made our way back to Weymouth stopping at the Watercress beds a Crossways, we saw Pied and Grey Wagtails, Swallows and House Martins and not much else. We then braved the cold wind at Silverlake, this vast open area was windy indeed. We searched for Woodlark without a single sighting, we listed Tufted Ducks, Coots, Mute Swan, Canada Geese, a single Egyptian Goose and to our great delight a Hobby was perched on the bank of one of the lakes. 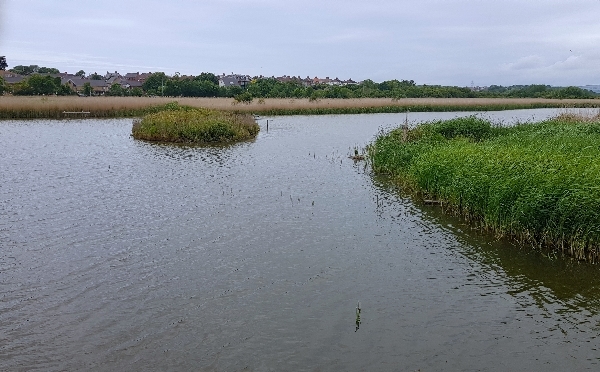 the lagoon at Radipole Lake

The Hobby flew up and chased a Skylark without success before settling back down on the shoreline of the lake. We left Silverlake and drove back to Weymouth where we spent a while searching for Bearded Tits, but honestly, it wasn't the weather to be looking for them. We watched Grey Herons, Tufted Ducks, a variety of the common gull species and some Swifts were coming down to drink at the main lagoon. We saw Reed Warbler dashing to and fro across a gap in the reeds and we heard Cetti's Warbler in the distance.

It was now getting cold, so we called it a day, I drove my two birding pals back to their guest house at 4pm and drove home. It was great to see David and Sallie once again, we arranged to do it all again next January for some winter birding.