DAY TRIP IN DORSET WITH DAVID AND SALLIE

A VISIT TO FERRYBRIDGE, PORTLAND AND RSPB LODMOOR

David and Sallie came out with me last Autumn for a day in Dorset, they enjoyed it so much that they booked two days this year, today and tomorrow. I collected them from their guest house in Weymouth at 7:30am and we set off for our first birding stop at Ferrybridge.

It looked quite desolate when we arrived but that impression was soon proved to be quite wrong. David found a Northern Wheatear as soon as we left the car park, apparently there are two pairs near Ferrybridge, but breeding hasn't been observed yet. 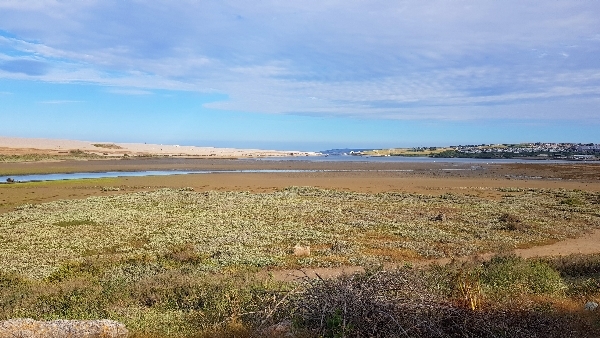 On the mudflats we found 4 Ringed Plovers and 3 Dunlin quite close to the visitor's centre and then we saw a family party of Oystercatchers (3 chicks). Scanning the water's edge we found a single Bar-tailed Godwit and several Mediterranean Gulls. Little Terns were flying to and fro to their fenced-off breeding ground, a volunteer Tern Guardian told us that 40 pairs had hatched 80-85 chicks! 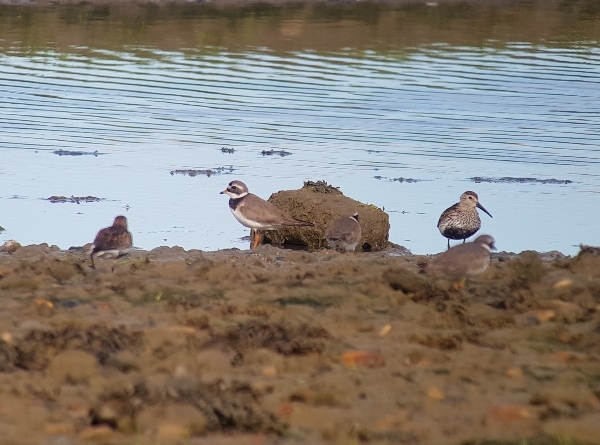 Further scanning, produced a sighting of Common Sandpiper on a platform and many more Mediterranean Gulls. A Common Kestrel hovered over the raodside grass verge and we saw a few Skylarks, a single Meadow Pipit and a couple of Pied Wagtails. 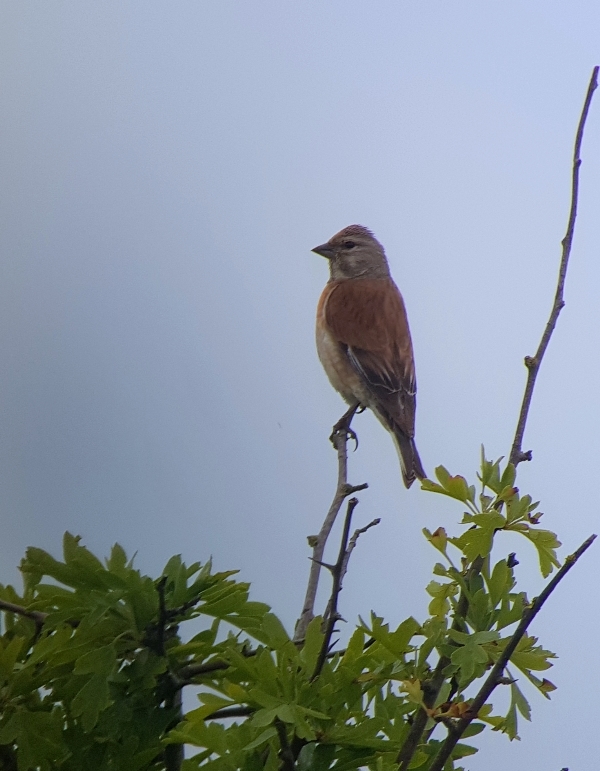 the species most seen today - Linnet

Next stop was Portland Bill, we parked in the Bird Observatory Car Park and walked onto the terrace, last night's Moth Traps were being investigated and we saw several hawk moths and dozens of other species.

We spent a couple of hours walking to and from the Lighthouse, lots of Linnets, Goldfinches, Starlings, Jackdaws and a few Ravens were noted during the walks. At the Bill we saw Rock Pipits, more Linnets and lots of gulls out on the sea. Scanning the water around the bill and round on the west side of the Bill Quarry we saw hundreds of Guillemots, Razorbills, a few Kittiwakes, Cormorants, Shags and Gannets. 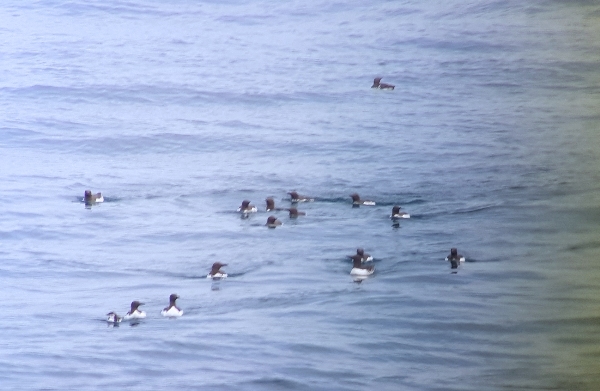 Guillemots with the single chick (bottom left of the group)

We saw a single Guillemot chick that seemed to be being attacked by adult Guillemots, we didn't understand why? Back at the Bill we searched further afield and found more Gannets and a couple of Fulmars. Then were heard a strange three-note call coming from the water, it took us a while but we located the source of the call. It was the Guillemot chick and it was all alone. 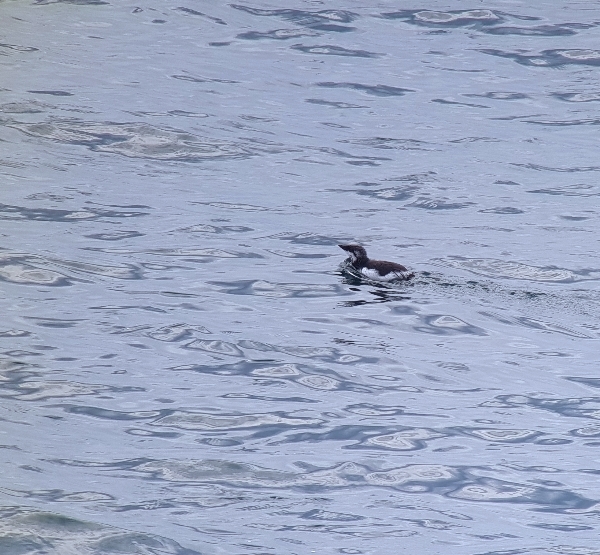 this lone chick was doomed! 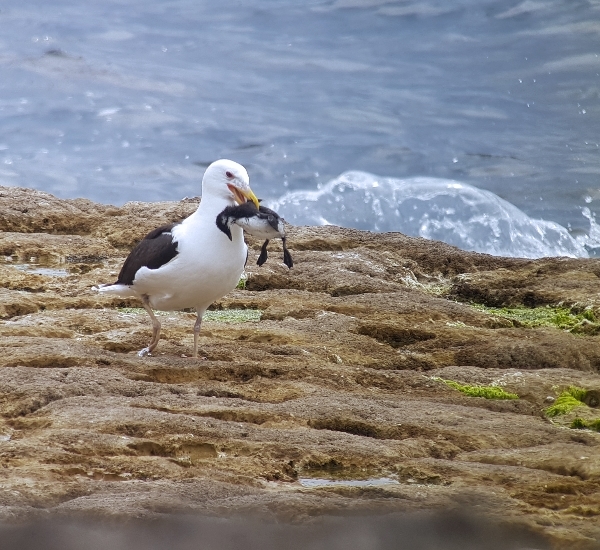 the Guillemot chick is now dead 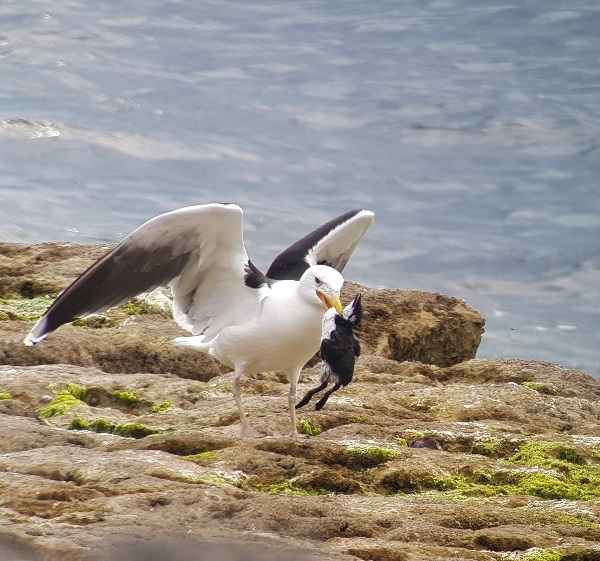 Back at the Observatory we had a quick cuppa before driving round the East Weare near Fancy Farm where a collection of exotic animals are kept, including some Wallabys! Our walk around the area produced very little, we saw a family of Ravens sitting on the top of Nicodemus Knob, a Common Whitethroat was singing in the scrub and more Linnets and Goldfinches dashed about in small groups. 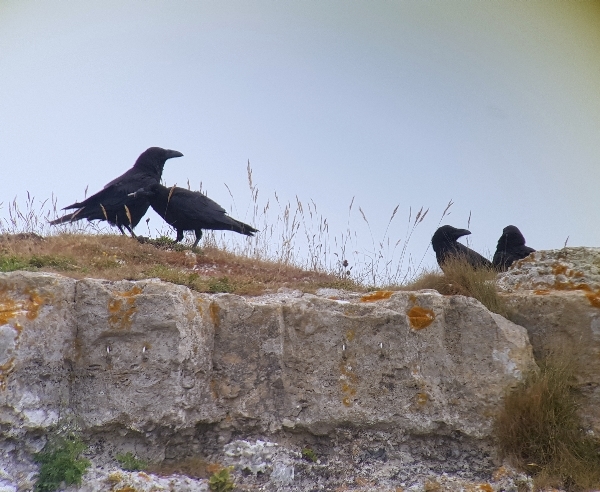 We ate our picnic lunch sitting on a bench sheltered from the cold breeze at the site of the Ferrybridge Pub (which is now being developed into a block of flats).

We spent the afternoon at RSPB Lodmoor, walking the entire route around the site. We had a great time watching the Common Terns, Medtierranean Gulls and Oystercatchers. There were many chicks of all shapes and sizes huddled up on the shigle islands and the edges of the pools. 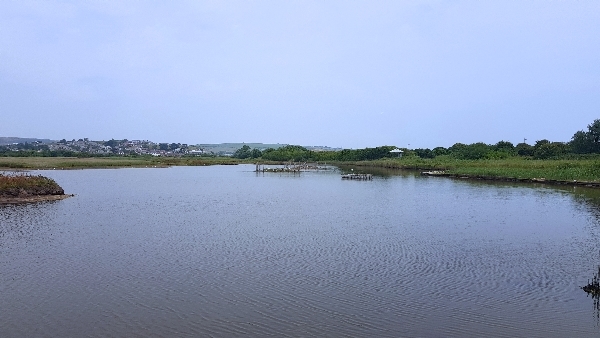 the Tern Islands at Lodmoor

We saw a Lesser Whitethroat on the way into the reserve, this was a most wanted species of David and Sally's, the bird sang many times and we saw it only in flight as it moved from one song post to another. We also watched a singing Chiffchaff, a Reed Warbler and we heard a Cetti's Warbler singing from deep in the scrub. 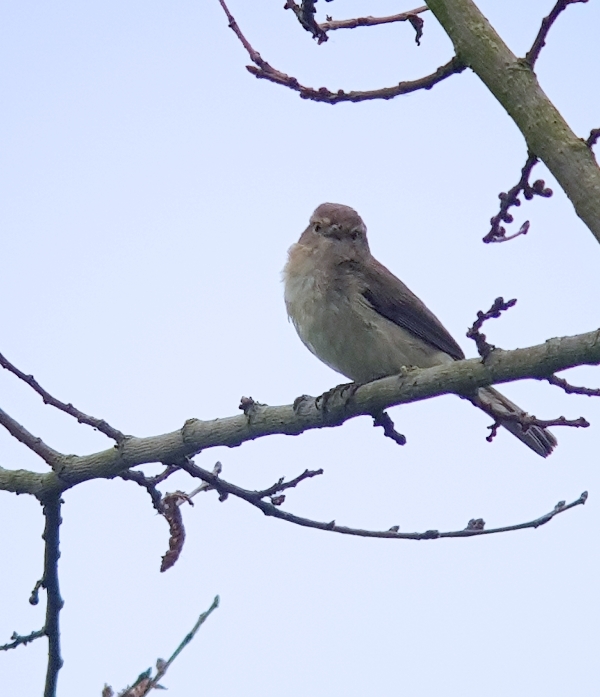 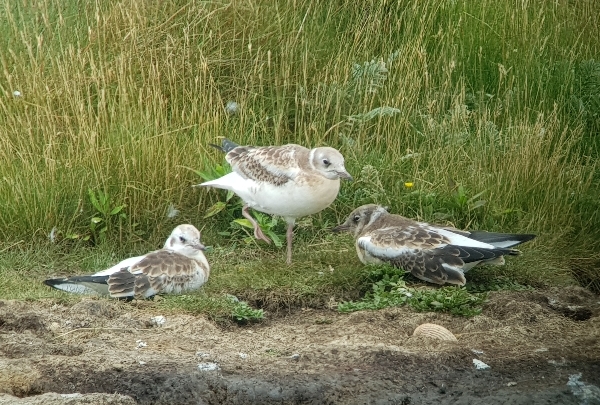 It was getting on for 4pm when we returned to the car, David and Sallie were now tired, we had walked 10,000 steps and they were ready for a rest. So we called it a day and I returned them to the their guest house, I drove home arriving arounf 4:45pm. 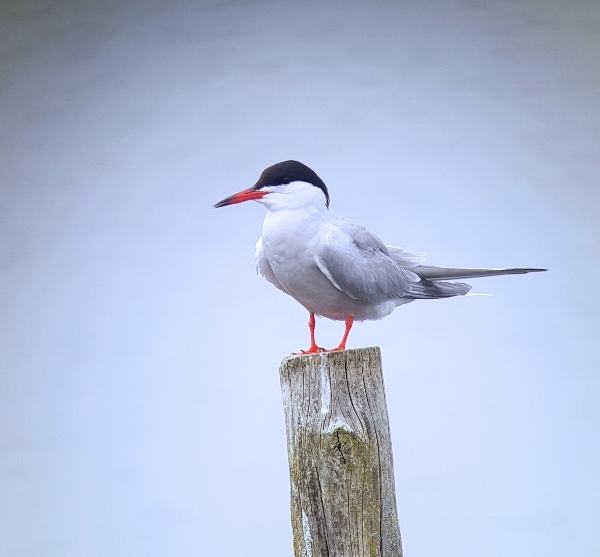 Tomorrow we driving down to Wareham to visit a totally different environment.