DEVON - ANOTHER DAY OUT

Nigel Bleaken picked me up from home just before 8am and we set off on a cold and frosty morning to Devon. Nigel had driven from Chepstow in Wales which took 1 hr 40 minutes, he drove the same again to Paignton, bless his cotton socks.

We pulled onto the overspill car park at Broadsands, Paignton and immediately found our target bird the CIRL BUNTING. Several of them were feeding on the grass verge with House Sparrows, Dunnocks, a Robin and Pied Wagtail. We watched these fantastic and colourful buntings for an hour or so hoping for the appearance of a Yellowhammer but one never showed. 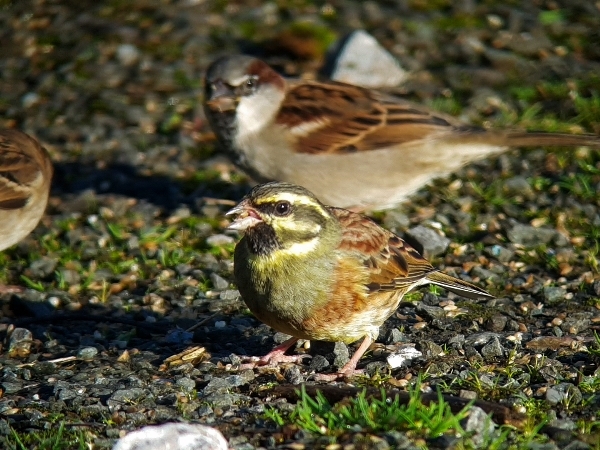 We then searched the hedgerow between the two car parks and found Goldfinch, Greenfinch, Chaffinch, Goldcrest, Blue Tit, great Tit, Coal Tit, Song Thrush and two Blackcaps. However, the star bird was a FIRECREST which Nigel failed to get onto let alone get a photograph!!

a female Blackcap has a brown cap!

After a cup of coffee from our flasks we headed off back to Exeter and on to Topsham, specifically, Bowling Green Marsh. Nigel wanted to see the long-staying  LONG-BILLED DOWITCHER which can be seen from the mian hide during high tide periods. 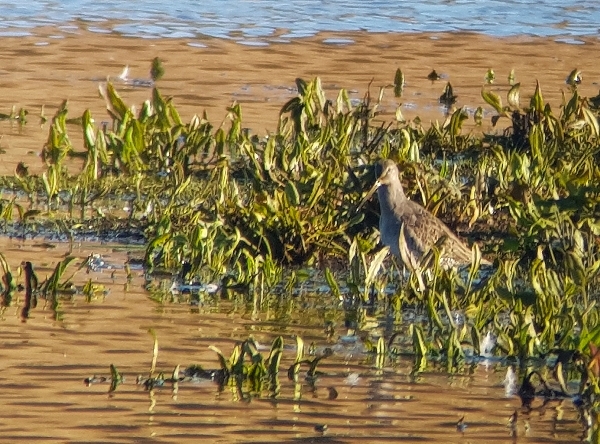 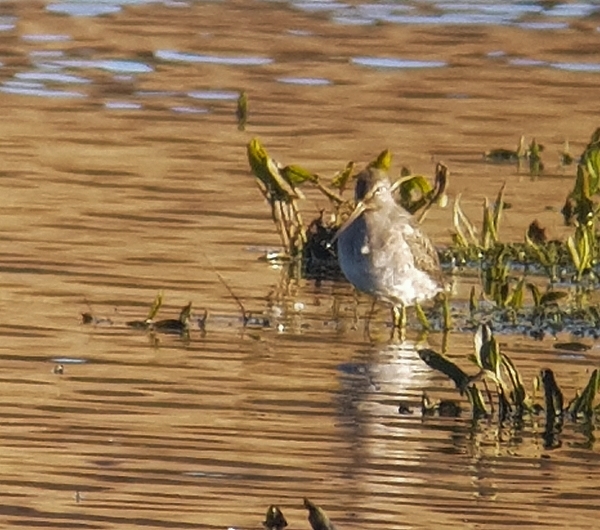 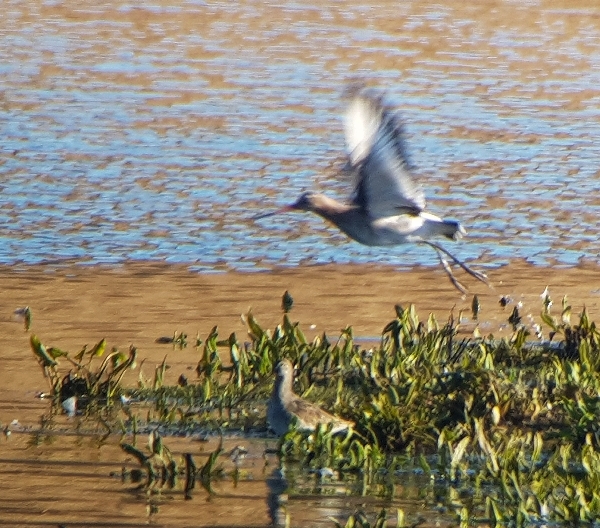 Dowitcher with a Black-tailed Godwit flyover

Within a couple of minutes we located the bird and Nigel had a "lifer" in the bag, he never gets excited so I didn't expect him to dance around the hide or to give me hug for finding it. We then enjoyed a great hour or so birding the marsh, the light was terrific and thousands of birds were out there, we celebrated with another cup of coffee.

Large groups of Black-tailed Godwits formed colourful swirling masses everytime they were spooked by birds of prey (which we never saw), dozens of Redshanks,a flock of about 50 Dunlin and a few Common Snipe were also seen. It was hide tide in the nieghbouring River Exe and hundreds of Brent Geese flew over the marsh to roost elsewhere, we also saw Canada, Greylag and two Egyptian Geese.

Bowling Green Marsh taken from the hide this afternoon

The pools of water were brimming with ducks, all the usual suspects (except Gadwall) were present as well as a dozen or so Northern Pintail. But it was the DOWITCHER that we came to see and although it was distance we had fairly good views, my digiscoped pictures are not that good but they are much better than yesterday's. 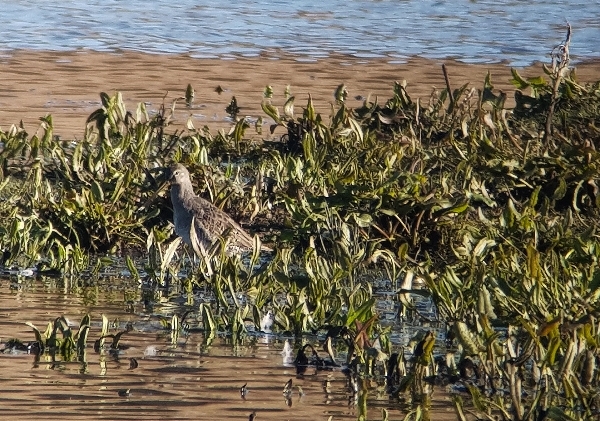 We left at 2pm and as the light was so good we decided to pop up to the Heathland at Woodbury to get a Dartford Warbler on our year list. It took about fifteen minutes to get there and the same amount of time to find, not one, but two Dartford Warblers. Nigel did have his camera out and produced several excellent shots of this special little bird. 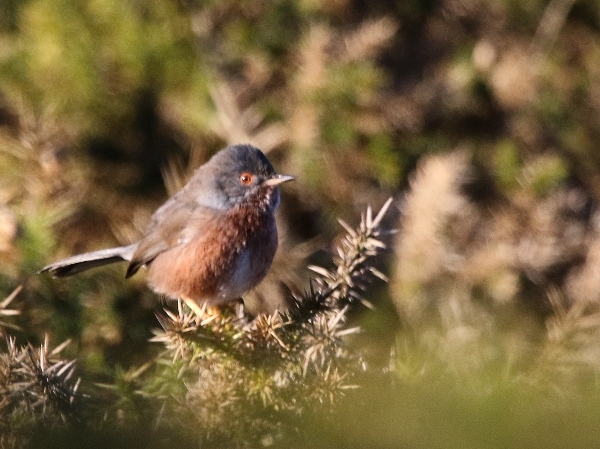 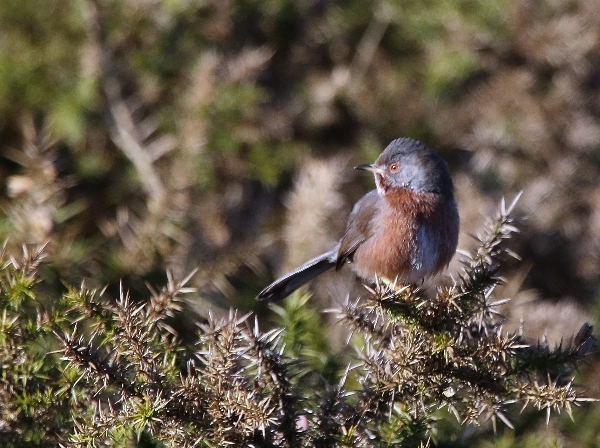 We were on a roll, so we went to Chard Reservoir to try to find the wintering 'Redhead' Smew. After taking several wrong turns in the lanes around the reservoir and negociating a very rough track that we were not supposed to be on, we eventually found the car park. 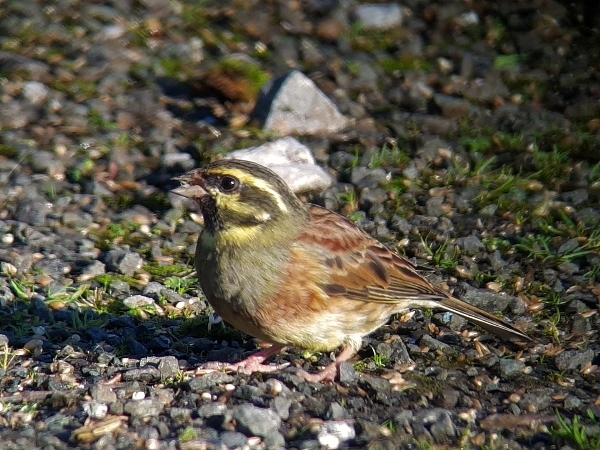 one last pciture of the Cirl Bunting

The light was fading as we scoped the water, there were lots of birds to see but not the Smew. The hide was closed so we missed that vantage point, we did see Little Egret, lots of Great Crested Grebes, Moorhen, Coot, lots of gulls. A Great Spotted Woodpecker was drumming in the woods and a pair of Nuthatches showed well as we returned to the car.

Nigel dropped me off at home at 5pm and set off in the dark to drive back to Chepstow, t had been a long day for me and much longer one for Nigel.