WEATHER: A miserable dull and wet day, I don't know why I even went out! The banner shown above depicts the ploughed field where the Golden Plovers were seen and a view of part of the Hill-Fort called Maiden Castle.

For the last couple of months a Rose-coloured Starling has frequented a local neighbourhood on the west side of Dorchester, so I thought that I would go and have a look at it, or not! Dorchester is 17 miles south of my house.

After plodding the streets in the general area for about an hour and getting odd looks from the locals I saw plenty of Common Starlings including one with a deformed bill, it looked like that of a Curlew Sandpiper, but not the bird I came for. The rain varied from drizzle to downpour and during one of the downpours I left.

A quick look at the flocks of Starling in the fields around Maiden Castle which was a few minutes drive away produced........Common Starlings! However further scoping resulted in sightings of Meadow Pipit, Stonechat, Linnet, Goldfinch, Lapwing, Black-headed and Mediterranean Gulls and to my great delight a huge flock of 200-300 Golden Plovers. These birds were very well camouflaged in a ploughed field and were quite distant, but smashing to see. 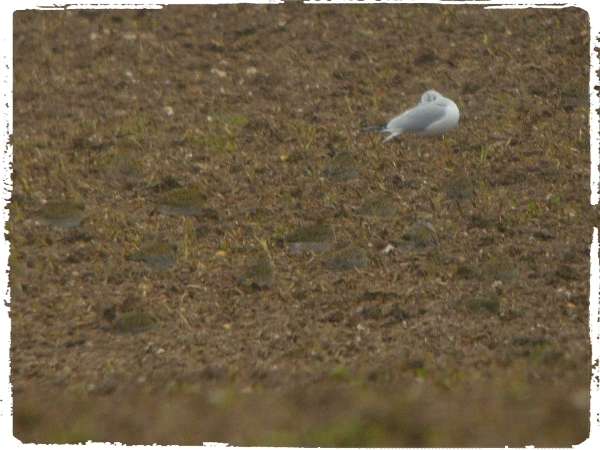 Look carefully to see the Golden Plovers dotted around the gulls 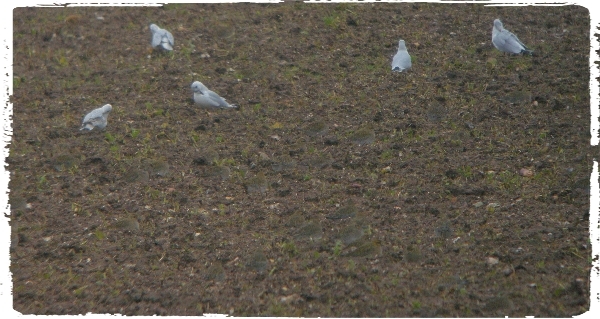 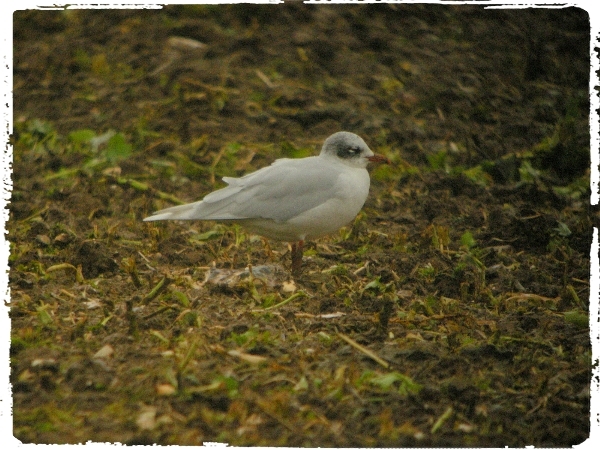 one of the Med Gulls seen near the 'Castle'

I left for after that brief encounter.