WEATHER: sunshine at last, almost a whole day of it!!  Just one tiny shower of rain, amazing

No rain today, hooray!!  But…….it was foggy until 11:30am. Yes we left our guest house at 8am, it wasn’t raining, we had patchy blue sky with some cloud and no wind. Perfect conditions until we got out of Weymouth and headed towards Wareham where we met thick misty fog!!

Our vist to Hartland Moor just south of Wareham was disappointing because of the mist, it was cold and dreary and we saw very little. A few Stonechats, a surprisingly late Tree Pipit and a pair of our main target species the Dartford Warbler.

The mist shrouded the heathland casting an atmospheric and beautiful scenario, spider’s webs covered the gorse and heather and made it quite beautiful.

Our trip to RSPB Arne was just the same, at times the mist was really quite dense, but we journeyed on. We took the woodland walk finding Nuthatch, Treecreeper, Jay, Coal, Blue and Great Tit. From Shipstal Point we had views over parts of Poole harbour, we could just make out Brownsea and Round Islands, we saw very few birds. It was high tide and the harbour was like a mill pond not a whiff of air, we scoped Oystercatcher, Curlew, Sandwich Tern and a few of the common gulls. 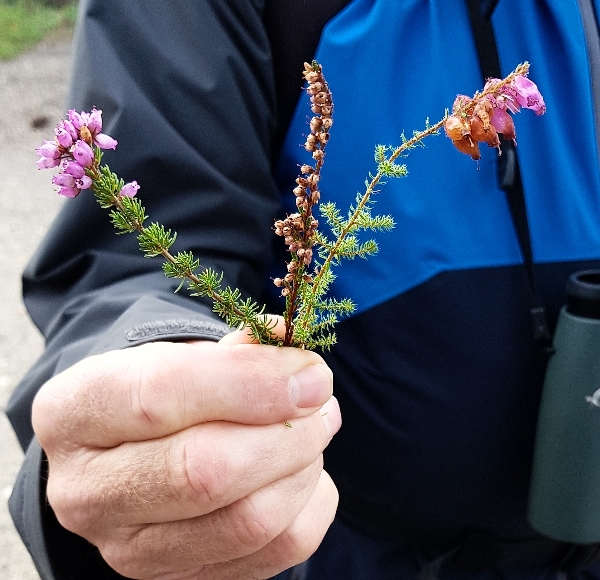 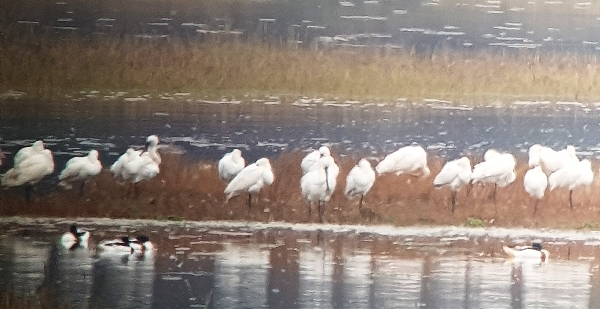 As we began to set off back to the car park the mist miraculously lifted so we scanned some more of the bay and found a huge flock of some 48 Spoonbills, lots of Shelduck, Redshank, Wigeon and Teal. On the way back we added both Grey and Pied Wagtails, Linnets, Goldfinches, Meadow Pipits and our mammal list went through the roof with sightings of Skia Deer, Rabbits and Grey Squirrels.

We sat in sunshine eating our lunch and drinking coffee at the RSPB café, Red Admirals were on the wing and birds were singing.

We then drove round to the Studland Peninsular and our first stop was the ‘Middle Beach’ car park which gives you a panoramic view of Studland Bay and Old Harry Rocks. The sea was flat calm, we immediately picked out 4 Black-necked Grebes, then a couple of Great Crested Grebes and to our great delight a Slavonian Grebe was out there. Apart from Cormorants and Shags we saw nothing else except for another mammal, a Wood Mouse walked around our feet picking up sycamore seeds, it was so cute. 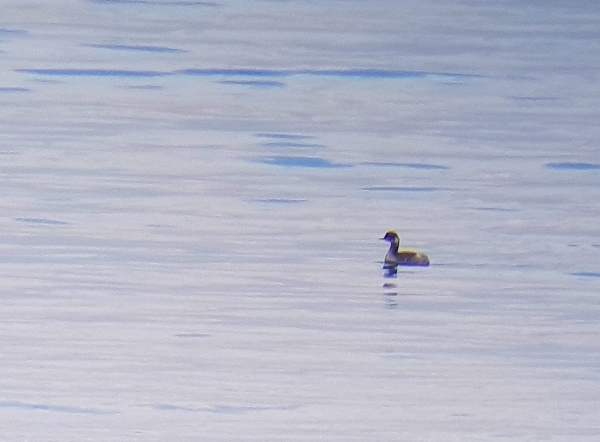 A Peregrine Falcon caused pandemonium amongst the roosting birds, it failed to catch anything but sat on a grassy bank for quite a while. A single Brent Goose flew into the Bay and two Red-breasted Mergansers drifted in, other than a few Common Buzzards, a Raven and a bunch of Barn Swallows we saw nothing else. 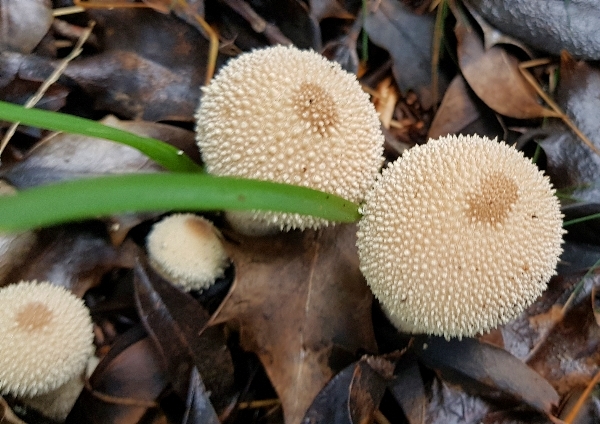 We got back to our Guest House around 4:30pm, Mike and I went for a walk down to the fleet, it was very windy there, we saw a flock of Oystercatchers ina field and a Sparrowhawk chasing Starlings but nor much else. 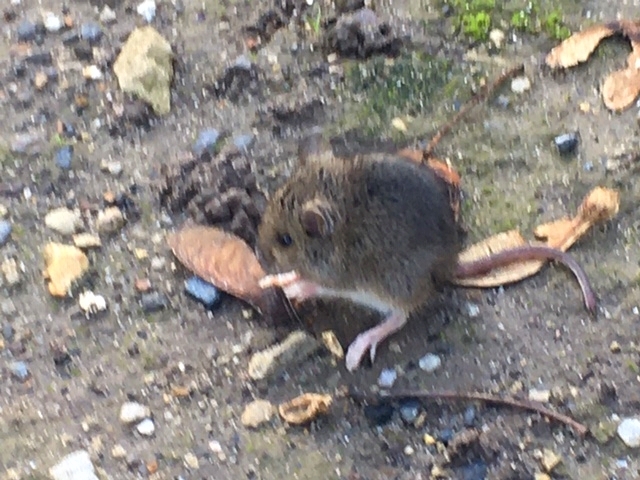 We ate dinner in the local pub at 7pm and called the blog when we got back, we have now seen 110 species with two days to go.