It was quite chilly first thing especially walking along the ramparts of the Verne Prison (on the outside of course) and it did rain for a while. We were looking for Ring Ouzels it is a regular spot for them during autumn migration, we saw none!

At Portland Bill some 15 minutes later we saw plenty of visible migration, many birds were flying over, heading south, we saw flocks of Linnets, Meadow Pipits, Wagtails, alba as well as Pied, Skylarks, Chaffinches and Goldfinches. A small flock of 9 Redwings was nice to see too. Some grounded birds included Linnets and Meadows Pipit flocks and from the bill we saw Gannets, a single Great Skua and several small flocks of auks, we only identified Razorbills,

Portland Bill lighthouse and the 'Obelisk'

Our walk around the hut fields and the ‘obs’ quarry produced nothing new, we saw Common Kestrel, Raven, Common Stonechat and more Skylarks, Meadow Pipits and a large flock of Linnets.

A brief stop at the ‘Hump’ along Avalanche Road in Southwell produced a single Chiffchaff, we were hoping for a Yellow-browed Warbler or even a second sighting of the Red-breasted Flycatcher but it was very quiet.

The old Lower Lighthouse which is now the Bird Observatory

We stopped at Ferrybridge along the way to our next destination for a coffee and a warm up in the café, a couple of hundred Mediterranean Gulls were sitting on the water and shoreline, to think that ten years ago this was a rare bird here! We also saw Brent Geese, Bar-tailed Godwit and several of the common gull species. 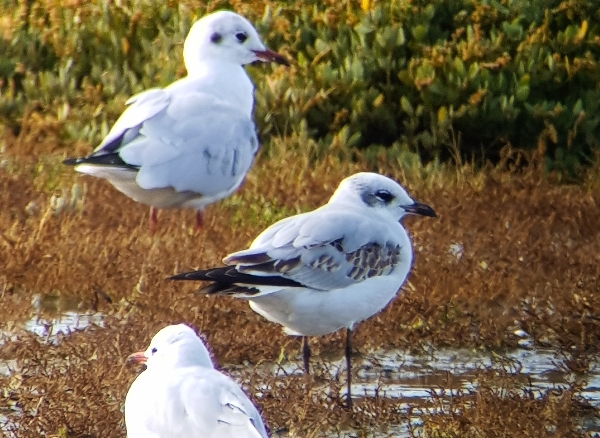 Mediterranean Gulls (foreground) and Blackheaded Gull at the rear, see the difference in the facial markings?

Next we drove right across Weymouth to, first Osmington Mill and then Ringstead Bay. At Osmington we never got out of the bus, we sat and ate our picnic lunch inside because the wind was quite strong and cold. We did see both Red Admiral and Peacock Butterflies and a Blackcap. 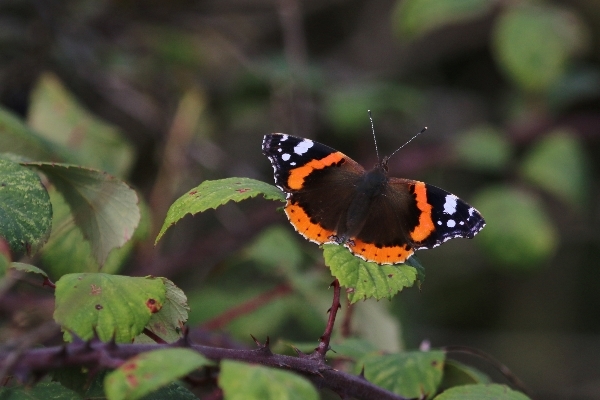 At Ringstead we took a long walk from the top coastal path all the way down into the village, the path took us near White Nothe through some lovely habitat, the view back to Portland and Weymouth Bay was stunning.

During our walk we saw Northern Wheatear, Common Stonechat, Yellowhammer and a Great Spotted Woodpecker but no warblers in the trees and bushes. Regardless of the lack of sightings we all enjoyed the walk. 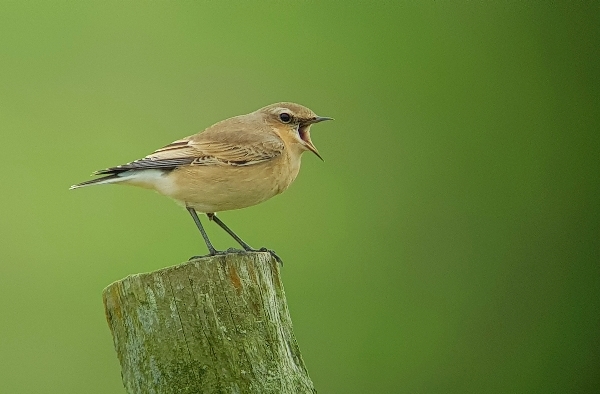 Northern Wheatear - it is not singing, I caught it just as it was about to throw up a 'pellet' 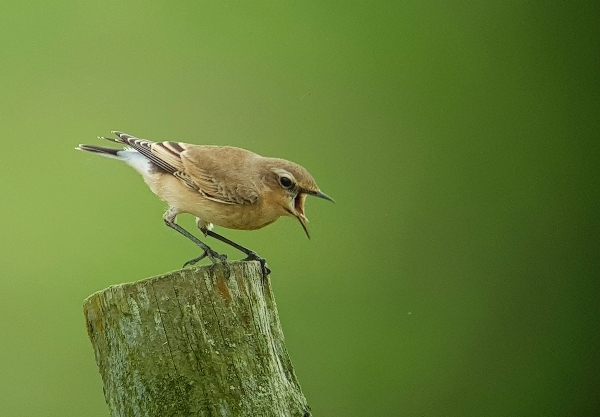 Our last venue was the Hill Fort called Maiden Castle just outside of Dorchester, this was our second visit to this site because I thought the ‘set-aside’ fields had potential for turning up something good and also we saw a large Pipit there during our last visit. 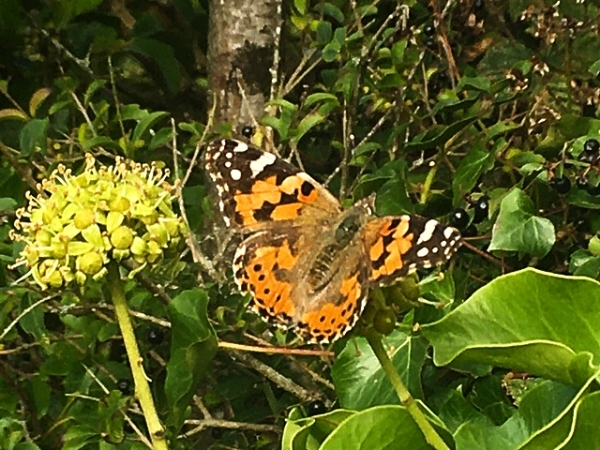 It was a lovely walk along the huge grass-banks of the fort, we looked down over of hundreds of acres of fields and a strip of set-aside which was full of seeding flowers. We saw dozens of Linnets and Meadow Pipits and a couple of Whinchats, which were new for our list, but there was no sign of the large Pipit,

We arrived back at the guest around 5pm and went out for dinner in the local pub at 7pm. Tomorrow is our last full day, we are going to try to see Yellow-browed Warbler, Ring Ouzel and Firecrest, all on Portland.