The weather  this morning was very apt for this trip, it was raining when we left the guest for our very last birding excursion, what a suprise! A very strong wind was also blowing from the southwest.

We hoped to find shelter on the eastern side of Portland but it wasn't possible. We walked from Penn Weare down to Chruch Ope Cove and back up to the main road through the ancient church grounds passing Rufus Castle,  we never saw much at all. Just a few Goldcrests, Blue Tit and Great Tit, the usal Robins, Blackbirds, Dunnocks and Chaffinches.

Church Ope Cove - the only beach on Portland, a smuggler's delight in days gone by.

We left at 9:30 and returned to the Guest House where we loaded up the bus and depoarted at 10:30. The trip was over, I dropped Rita and Ann at the Railway station in Weymouth and Lorna & Mike drove their own car back up north.

I saw more birds from our living room window this afternoon than I had all morning on Portland!!

Miraculously, the wind had died down and sun came out, the meadow outside our flat had several small pools of standing water. I counted 47 Wagtails in the field, 40 of them were Pied, 6 were White Wagtails and a single Grey Wagtail. Three Buzzards were scouring the bare earth for worms. 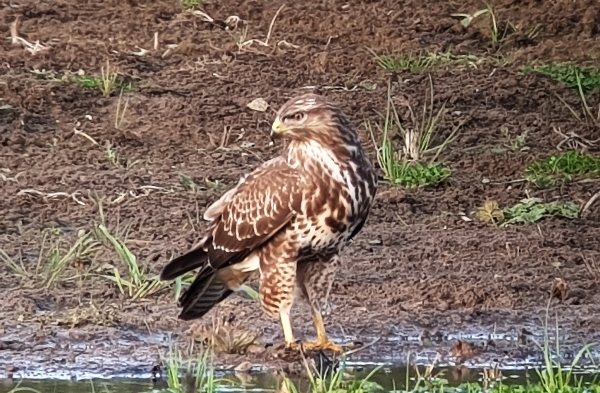 a juvenile Common Buzzard - this mighty predator was eating half drowned worms!!! 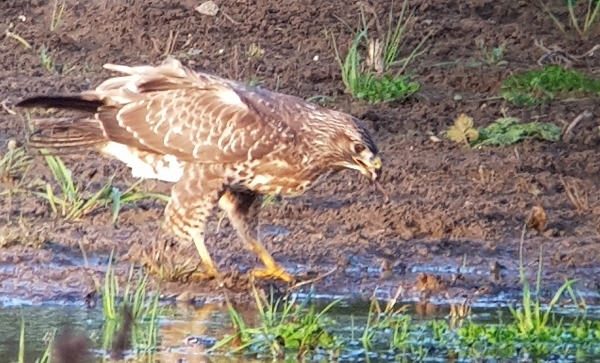 it has a worm in its mouth in this shot 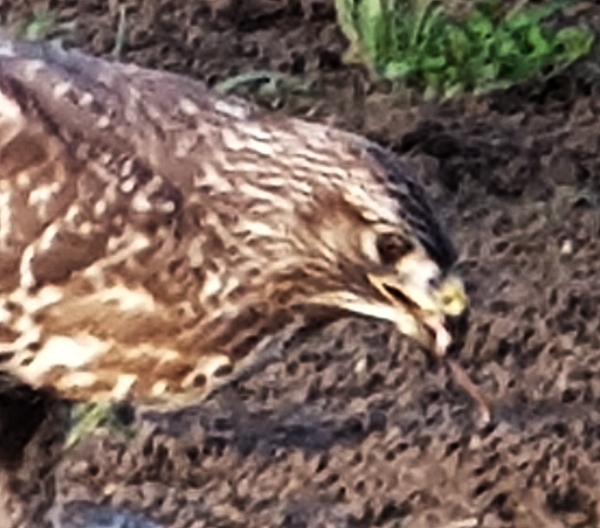 A dozen Wood Pigeons fed on seeds, 15 Goldfinches were also feeding on plant seeds, a single Meadow Pipit dropped in and I never counted the Jackdaws and Crows. 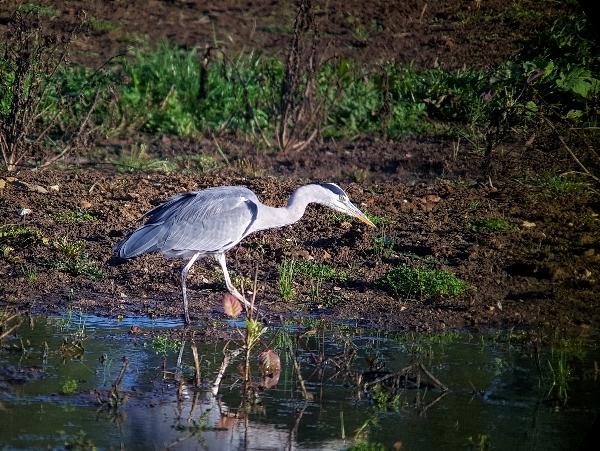 The last sighting was made of a Grey Heron, it was getting dull and a ray of sunshine highlighted this lovely specimen.