DORSET - A DAY OUT AT DORCHESTER

I caught the train from Yeovil to Dorchester arriving at 10:45. I left the dense fog in Yeovil and arrived in bright sunshine in Dorchester. It took a while to walk to  Maiden Castle, I got there about 11:30am.

During the train journey and whilst walking to the castle I listed quite a few species, nothing extra special but many common species including: Robin, Wren, Dunnock, Blackbird, Wood Pigeon, Jackdaw, Rook, Carrion Crow and also Raven.

Looking down to Maiden Castle (in shadow), a flock of Golden Plover can be seen

Once I left the built up area of Dorchester I was faced with large open fields a huge expanse of grazing meadows leading down to the massive ramparts of the Hill Fort (Maiden Castle).  I stopped to set up my scope and very quickly I was ready for anything. My main target species was Corn Bunting, not my favourite species, but I needed it for my UK year list. Despite scanning for about 20 minutes I hardly saw a bird, it looked desolate out there except for Crows, Jackdaws and the odd Herring Gull.

a beautiful day as seen from the track

I walk another half mile and stopped again for a prolonged scan of the fields, this time I found several species including a massive flock of Golden Plover. Common Stonechat, White Wagtail, Meadow Pipit and Skylark went onto the day list, but I concentrated on the Golden Plover flock, I really do love seeing this beautiful species. 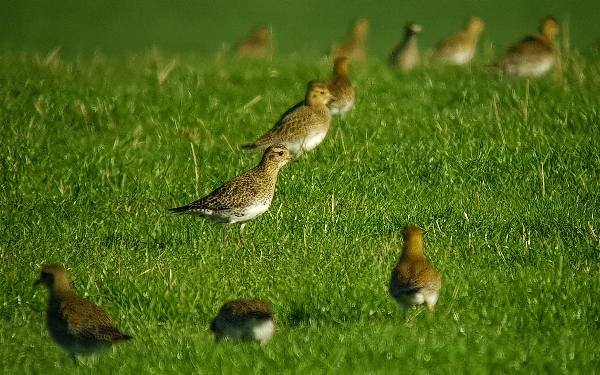 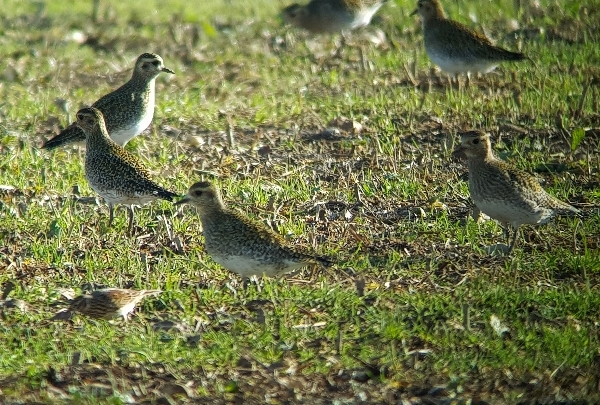 I walked along a secondary track towards the Plovers and managed to get quite close and by keeping quite still by a gate they crept nearer and nearer and soon they were just 20 meters away. They looked amazing in the afternoon sunlight, wow! If only a had a good camera! 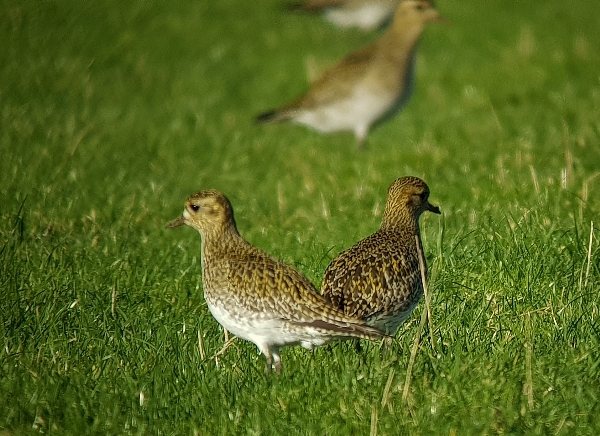 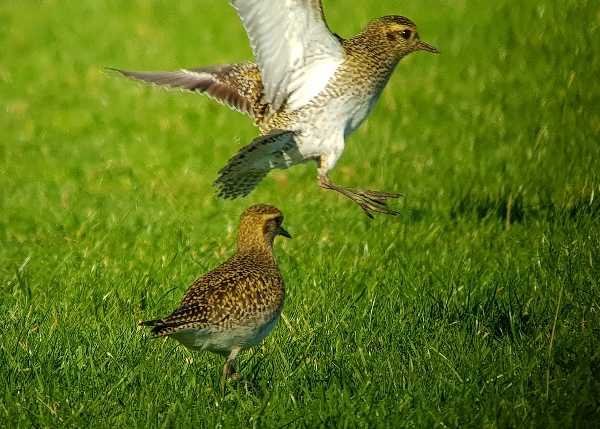 Having taken my fill of Plovers I walked further up the track to look for the dreaded Bunting, I found lots of species but not the Corn Bunting. A flock of 35 Fieldfares was nice, three Common Buzzards together was good too. I sat by a gate and drank coffee and hot soup from two flasks I carried in my bag. 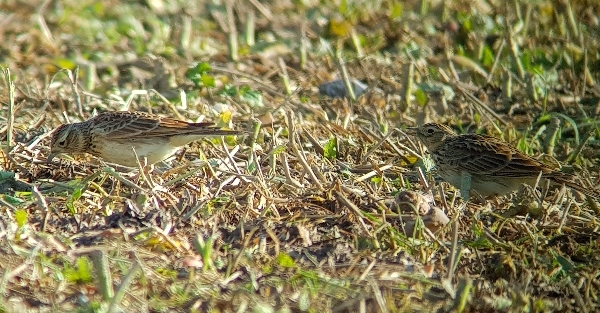 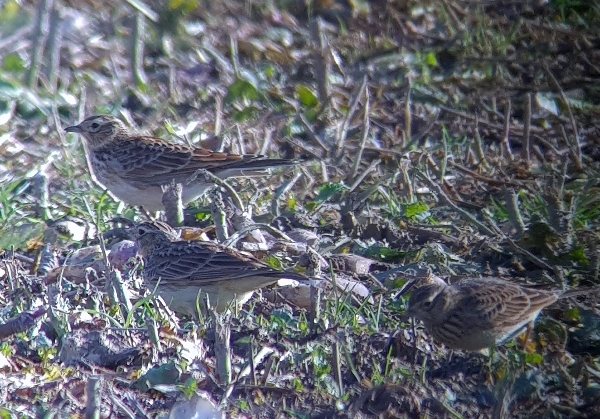 On the return journey I watched the Plover flock flying around, they even flew right over me and guess what? They pooped right on top of my head, unless it was a fly-over Corn Bunting?? The flock looked superb as they turned in the sunshine, they eventually landed to my right and a I attempted to count them – 676 was the number I reached, but later another flock of 200-300 joined them, so there could be over 1,000 birds!!

Golden Plovers take to the air

I talked to another birder who had news of Corn Buntings, he showed me where two had been seen this morning, but I had already checked it out and saw nothing.

My journey back to the train station in Dorchester was mainly uneventful, I did see a large flock of Lapwings and a lot more Skylarks but no buntings.

I caught the 3:10pm train back and as soon as I reached the outskirts of Yeovil we drove into fog once more, I was so glad that I had missed a whole dreary day of fog. I did see anumber a mammals from the train:  Rabbit, Red Fox, Roe Deer and Grey Squirrel.

I was home by 4:30pm, I had walked 7 miles all told and I was tired, I hope you like the Golden Plover pictures taken with my Samsung S8 phone through the lens of the telescope.