DORSET - A MORNING OUT

WEATHER:  Another fantastic morning, hasn't 2019 started off well?  Lovely sunshine, quite cold but no wind.

Today I joined my birding mate Guy on a mission to see a DUSKY WARBLER, which is a very uncommon migrant to our shores and breeds in Siberia.  This particular bird has been in Dorset since November 23rd 2018 and this was the first time I had looked for it.

The caravan park sits adjacent to the 'Fleet' which is a large brackish area of water sheltered from the sea by Chesil Bank, a huge ridge of stones and pebbles. The warbler had been frequenting the willow hedge which divide the plots  allocated to caravans during the summer, we had no access to the park and so had to view the area from the hillside next door. 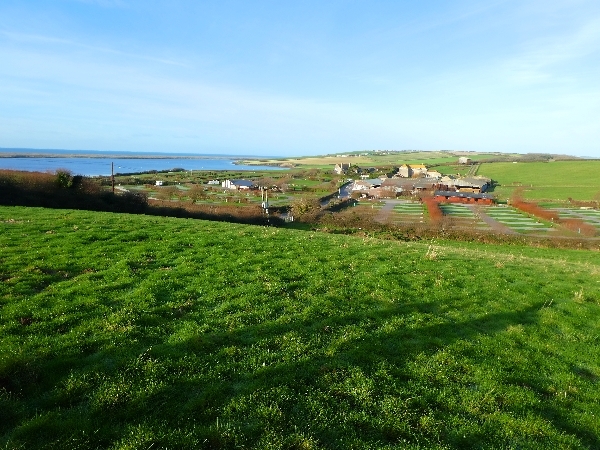 The view down to East Fleet Caravan Park, you can see the willow hedges (orange) and the 'Fleet' on the left of the picture 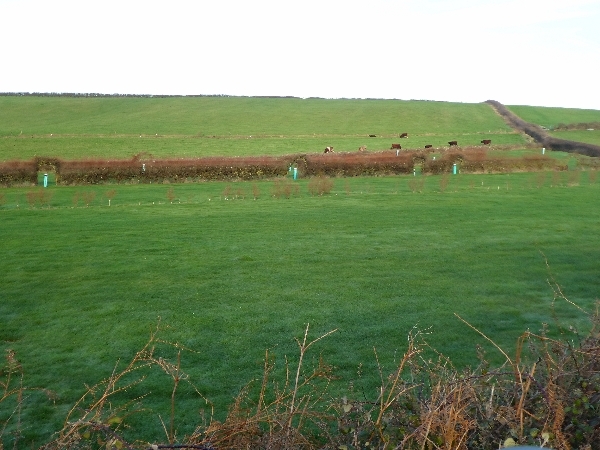 This is the distance from which we saw the warbler, it worked its way along the hedge where the green posts are.

The bird showed very well but obviously distantly, however using our scopes we managed excellent views at times. These are the only shots I got of the bird, if you look carefully at the record shots below you can see the distinctive supercillium and the pale legs and feet. 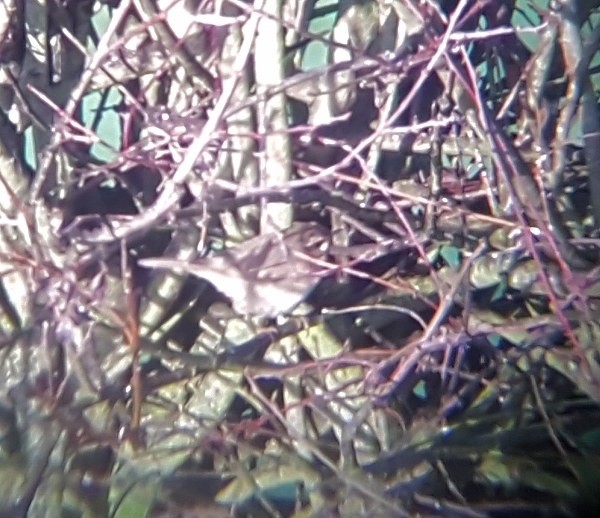 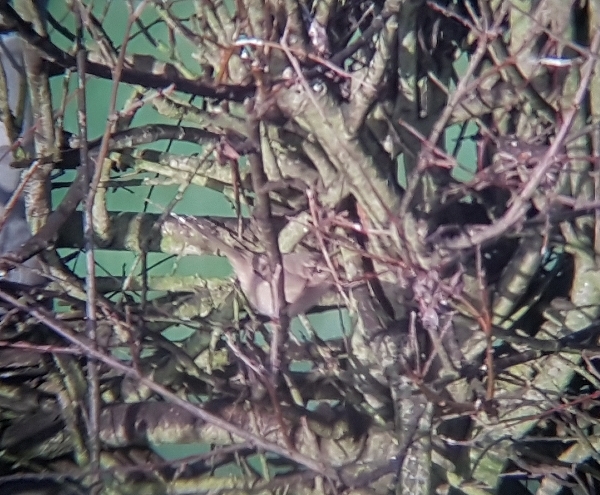 We only had a short time at the site because Guy had to go to work but we managed to scan the 'Fleet' before we left and I added a few birds to my year list.  We had distant views as you can see from the first photograph, had we had more time we could have walked closer and looked for Slavonian Grebe, Long-tailed Duck, Common Scoter and Eider Duck, all four would have been year ticks. Weymouth just down the road has Penduline Tit and Leser Yellowlegs, two more very good year ticks which will have to wait for a while. Just 1 mile from my house there are two Yellow-browed Warblers, I may see one of those very soon.

The Dusky Warbler was a great bird for my year list and my fourth sighting of this species although the last one in 2016 at Ham Wall, Somerset, was just a fleeting view.

Here are the new birds sighted on the 'Fleet'

as we walked back to the car, which was parked about half-a-mile away, we noted a male Sparrowhawk dashing along the hedge.

Back at home I watched the bird feeders for a while and a garden tick and another year tick appeared in the shape of a female Blackcap, marvellous.

Tomorrow I start my 4 day Somerset Levels Tour, watch this space for a lot more year ticks and some exciting finds!