WEATHER: Cloudy with some sunshine, hot and humid when the sun shone

Before the group arrived from London at 1:30pm I spent some of the morning walking around the lovely Martin Down reserve. Bird song came from every direction especially Skylarks. Turtle Doves ‘turred’ and Yellowhammers did what they do best, something to do with ‘no cheese’. 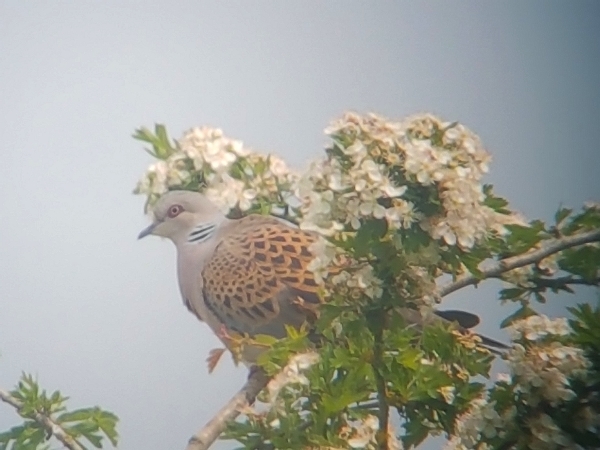 the beautiful but endangered Turtle Dove

Common Whitethroats were common, Blackcaps were Blackcaps, calling like mad but no showing very well at all. I also saw Linnets, Goldfinches, Common Buzzards and two Common Cuckoos before I left the area.

The group arrived more or less on time, 10 members of the Central London RSPB, all women, I don’t how I going to cope! After dropping them off at the hotel to check-in and a short break we all set off for Wareham Forest a short distance away. 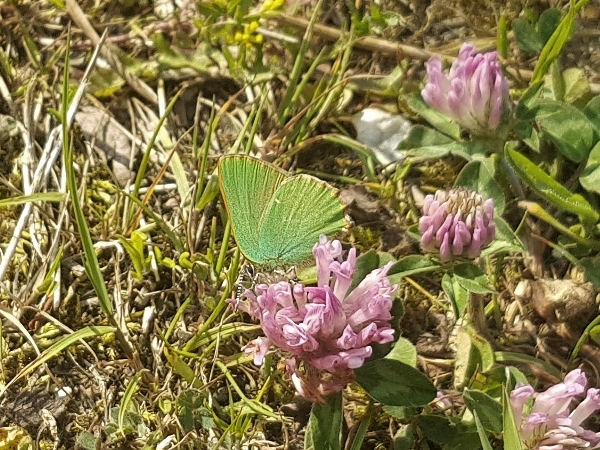 We stopped at a secret location where Honey Buzzards supposed to be breeding but apart from a few Common Buzzards there was no sign of any other raptors. We did see Pied Wagtail, Linnets, Goldfinches and a beautiful male Yellowhammer singing from a telephone wire. 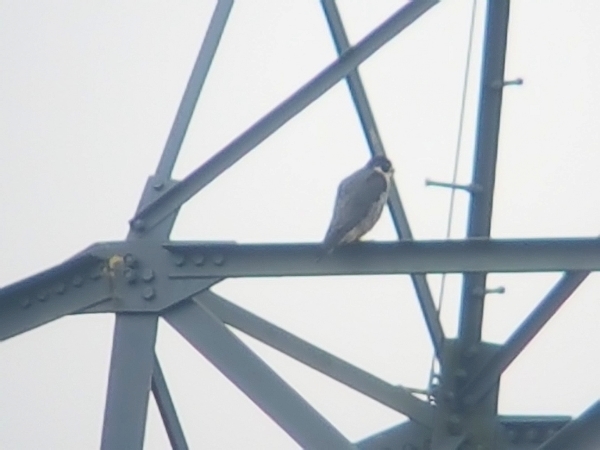 record shot of the Peregrine

Our first walk in the forest didn’t produce many species, Stonechats were everywhere, but apart from a few Linnets we only had Brief views of Coal Tit, Tree Pipit and a pair of Reed Buntings. Towards the end of the walk we found a Peregrine Falcon sitting on a pylon. 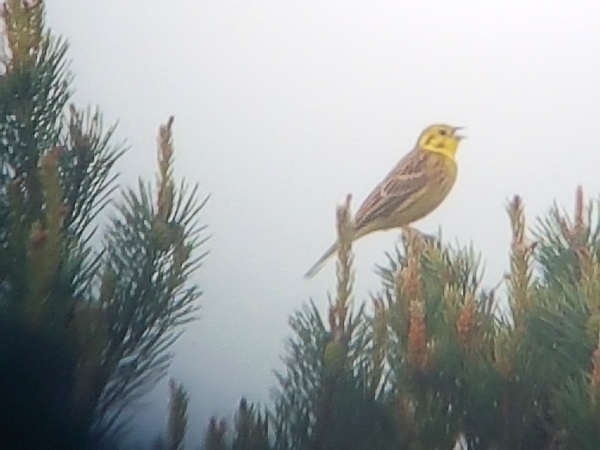 Our second walk in the forest had more gorse scrub, we were hoping for DARTFORD Warbler sightings but all we got was a lot more Stonechats, Tree Pipits, Coal Tits and Common Buzzards. We also recorded Jay, Linnet, Chaffinch and a Great Spotted Woodpecker was seen by one person. We had excellent views of a male Yellowhammer before we left, bird of the day.

We called it day at 5:30pm and headed back to the hotel where we all tucked into a lovely dinner.