This was the start of our 'non-birding' holiday, a visit to eastern USA to see the fabulous autumn leaf colours in Maine, "leaf peeping" is the current term. There are lots of add-ons to the trip including the first 4 day on a couple of very special islands........................

An early start saw Dawn and I leave my son and daughter-in-law's (James and Naz)  house in Frencham at 4:30am for an early flight from Heathrow to Newark, New Jersey, USA. Everything went smoothly, the flight was on time and we even arrived 40 minutes early at Newark Airport.
Our journey through customs and passport control went surprisingly quickly and smoothly it only took 15 minutes and the same applied to the car hire. So we were on the road a lot earlier than anticipated.

As it was a Sunday the traffic was heavy through New York but we made reasonable time, it took 5 hours to get to Wood’s Hole Ferry Terminal in Massachusetts for our trip across the bay to an island called Martha’s Vineyard. We left the car on the mainland and went across as foot-passengers. 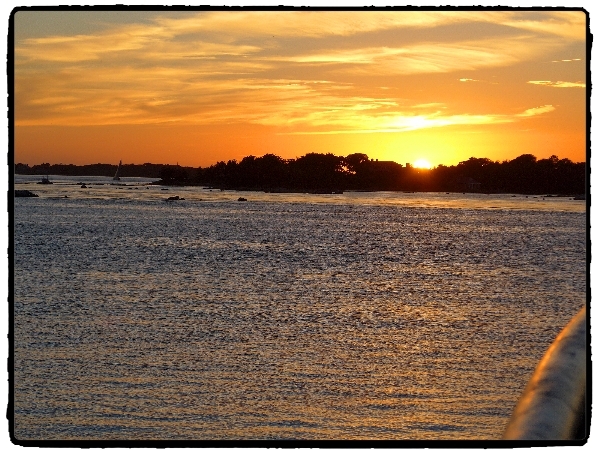 It was getting dark at 6:30pm when the Ferry departed, the sunset was magical. After 30 minutes we were back on terra firma in Vineyard Haven, on Martha’s Vineyard Island.

Larry Mcdowell, a local artist and birding buddy of mine was at the ferry terminal to collect us, he drove us a short way in the dark to his wonderful home that he shares with Melissa. It was dark by now so we didn’t appreciate the beauty of our surroundings. After a lovely dinner and a cold beer, Dawn and Melissa went to bed whilst Larry and I stayed up sitting on the porch watching the eclipse of the moon which started at 9pm, it was a magnificent sight and by 11pm was a dark red orb just like Mars! 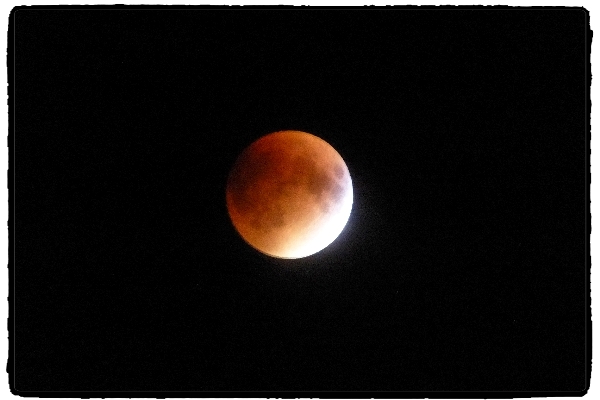 THE ECLIPSE OF THE MOON - NOT QUITE FULLY IN PLACE - nice to see at 11pm instead of 3am in the UK.

We were up at first light around 6am and finished our breakfast by 8. We had heard Eastern Screech Owl in the night and now we heard American Crow, Canada Geese and Blue Jay. Melissa and Larry’s  home is magnificent, it sits near the shore of a quiet bay near Martin’s Haven on a wooded plot with views over a meadow. Birds coming down to a feeder were Tufted Titmouse, Black-capped Chickadee and a Downy Woodpecker, there was no sign of the Pine Warblers than were regulars in the garden. 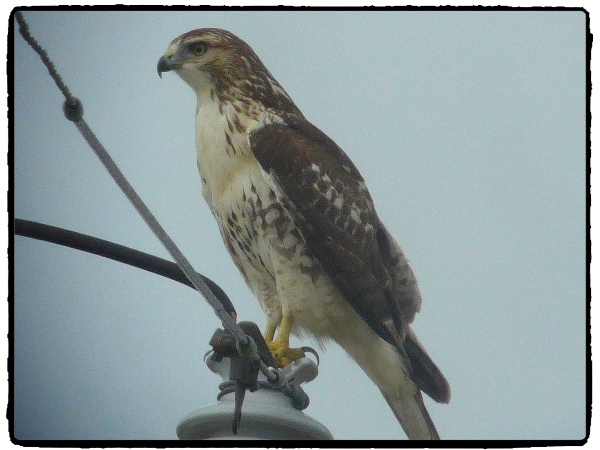 RED-TAILED HAWK - a common bird of prey on the island

Soon after breakfast Larry took us out for a day-long tour of the island for birding and sight-seeing, it was cloudy in the west which is where we headed first. Gay Head Cliffs sit high up on a western peninsular with lots of open scrub on the slopes. We noted many Blue Jays and Mourning Doves along the way, also Grey Catbirds and American Herring Gulls. 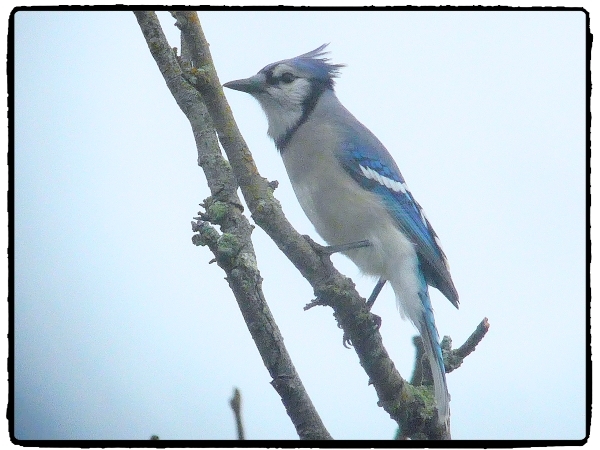 these little beauties were everywhere in small groups - BLUE JAY 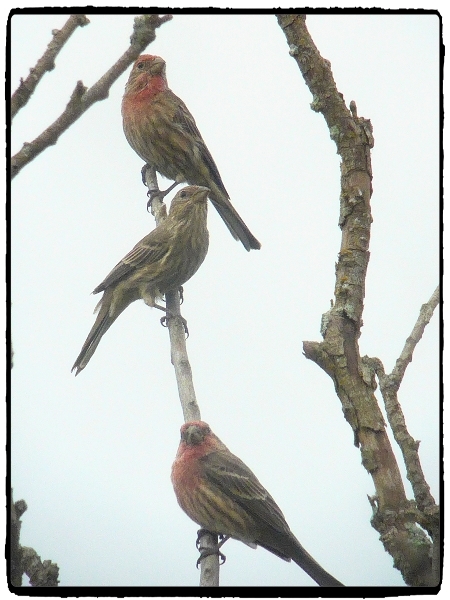 It began to rain, we had several showers before we quit the area, a shame we never made it to the cliffs. A little way down the road we stopped to look at a clump of pines where we found American Goldfinch in abundance and a small flock of Chipping Sparrows.
For the rest of the day we visited many different sites, we had a great time finding lots of birds culminating in visit to a beach area near Edgartown and a drive along the shoreline of Katama Bay. 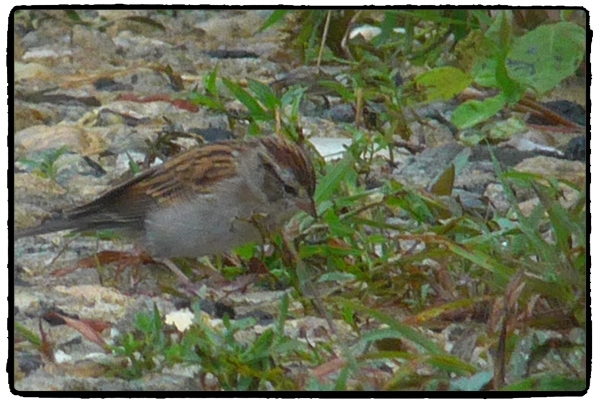 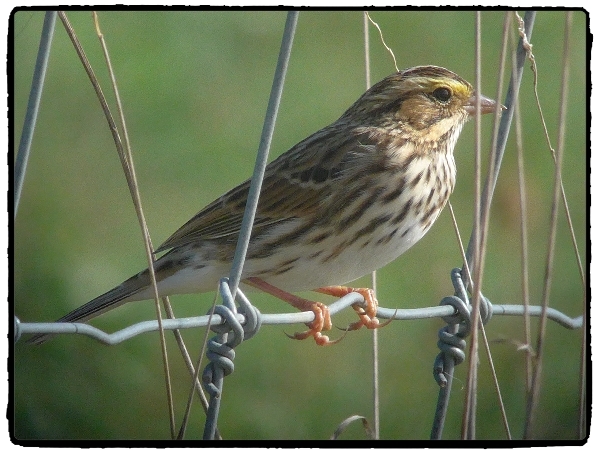 Along the shoreline of Katama Bay we found several wader species including: Dunlin, Sanderling, American Oystercatcher, Black-bellied Plover and a single Red Knot. Gulls included Laughing, Ring-billed, American Herring and Great Black-backed, also Double crested Cormorant and Great Egret were listed. But the star of the show was a colony of Black Skimmers, these are now breeding on the island at this location and provided great entertainment. 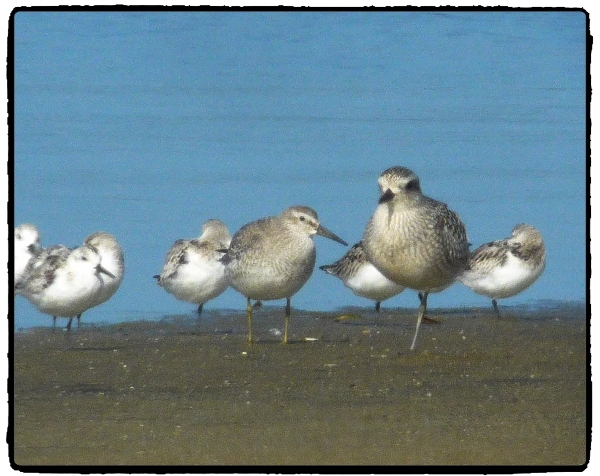 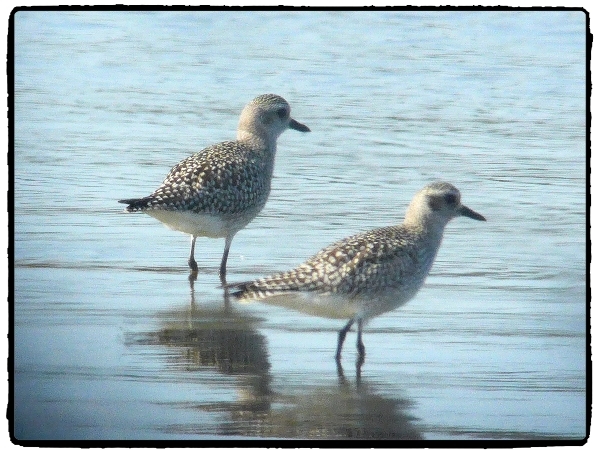 After  collecting our luggage Lanny dropped us off at the local airport at 6pm where we took a short flight across to the neighbouring island of Nantucket. The flight was taken in a small Cessna plane and it took 15 minutes. 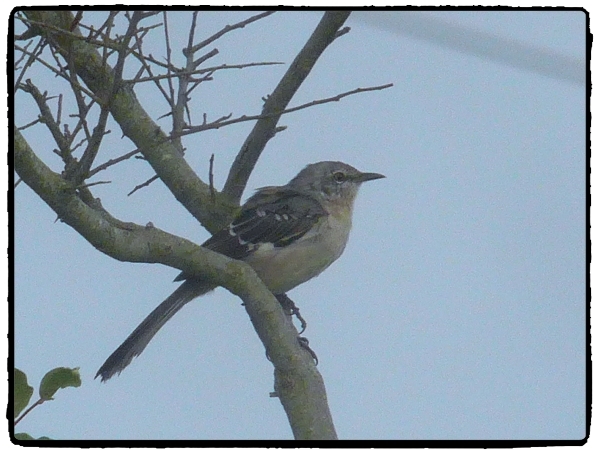 On Nantucket we were met by Trish, she drove us to her home which she shares with Vern Laux, they are going to host us for two days and hopefully take us out birding tomorrow.

SOME SCENIC SHOTS OF MARTHA'S VINEYARD TAKEN BY DAWN 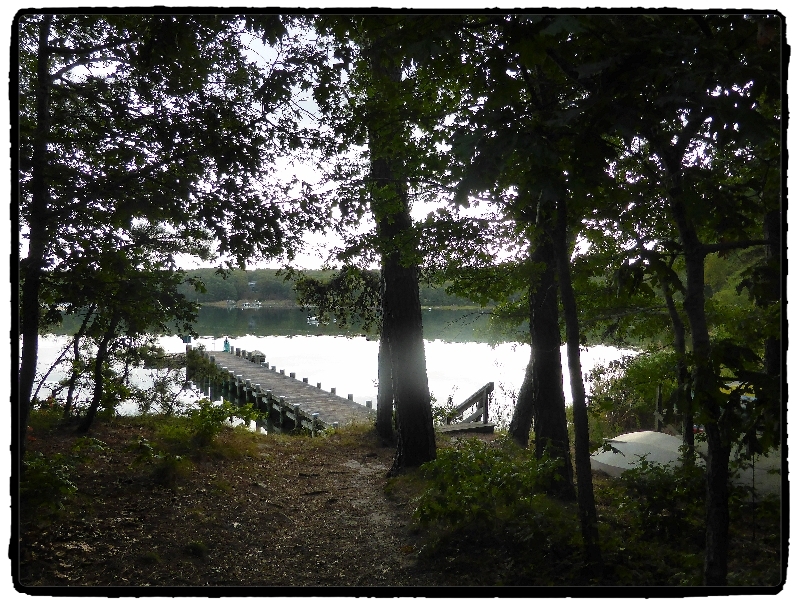 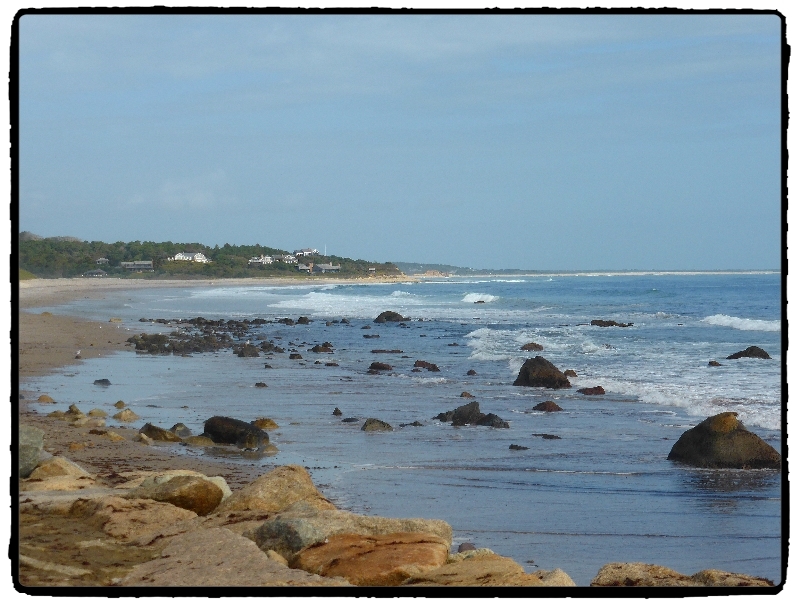 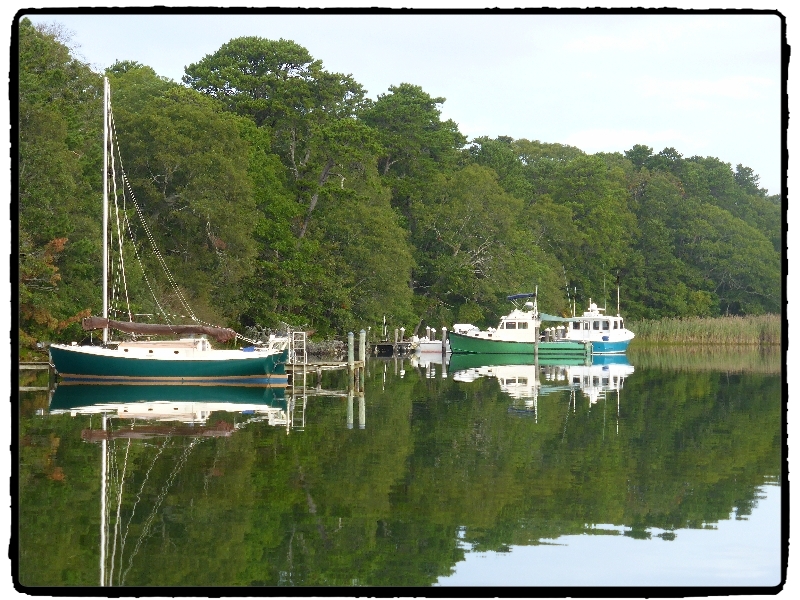 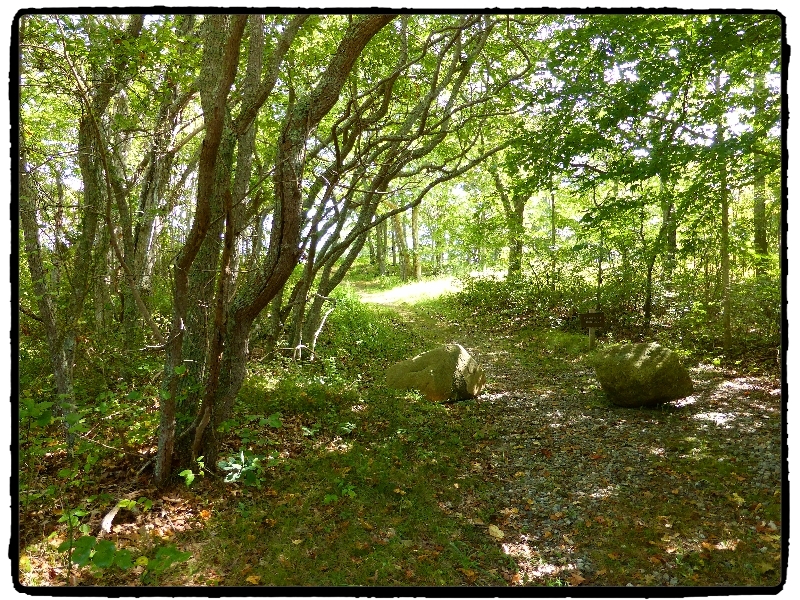