Our journey from NANTUCKET ISLAND to MAINE is hampered by very bad weather, the journey was slow with many minor roads flooded and diversions were in place.........................

TRANSFER:  NANTUCKET TO MARTHA’S VINEYARD TO THE MAINLAND – DRIVE TO PENOBSCOT, MAINE

What a day! Atrocious weather some scary travelling, no birding and a long day on the move. We started at 7:30am when Trish and Vern drove us to Nantucket airport in driving rain and windy conditions. We boarded a small Cessna aircraft and took off for a 20 minute flight, there were 4 passengers and a pilot, it was scary as we came in to land as the wind buffeted the plane all over the place, phew it was nice to get out of that little aeroplane.

Lanny met us at Martha’s Vineyard airport and drove us to the ferry terminal, the crossing to the mainland was very smooth in comparison.

Our journey to Penobscot in Maine took six hours, we drove through torrential rain at times in heavy traffic through Boston and Portland but we made it OK. It was dark when we arrived so we couldn’t see the surrounds of the house of where we were staying.

This part of our trip was arranged through ‘home-exchange, it is a great, economical way to travel,  the house itself was magnificent. It is a 5 bedroom,  3 bathroom huge place, on 25 acres of private woodland and sits on the shore of a freshwater lake. I think I’m gonna love it here!

It was dull and overcast with some rain and lots of wind so we decided to spend most of the day relaxing and recuperating in the house,  after our first 4 days of dashing about and travelling we needed a rest. The house and its surroundings are magical, so peaceful, beautiful and ideal for what we want. The entire area consists of forest which stretches for hundreds of miles along a coastline consisting of thousands of inlets, bays, islands and magical scenery. 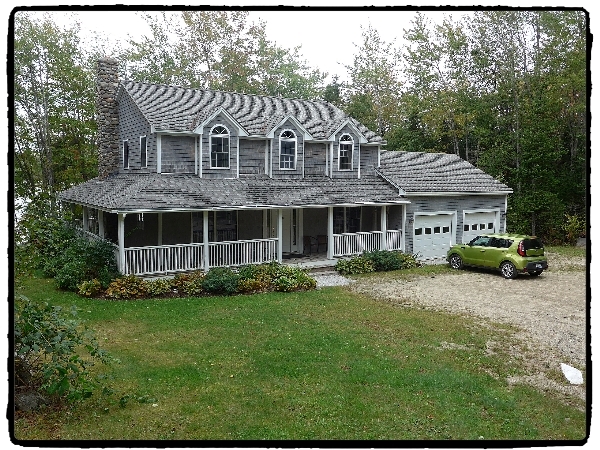 our home for 8 nights 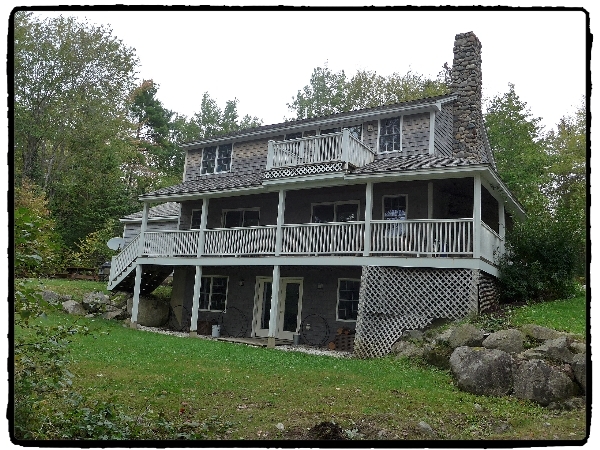 We ventured out late afternoon and drove to the nearest town, Castine, for a little sight-seeing and then to Blue Hill for shopping. The whole purpose of our visit to this area was to see the famous fall-foliage colours, however there is little evidence of it right now. 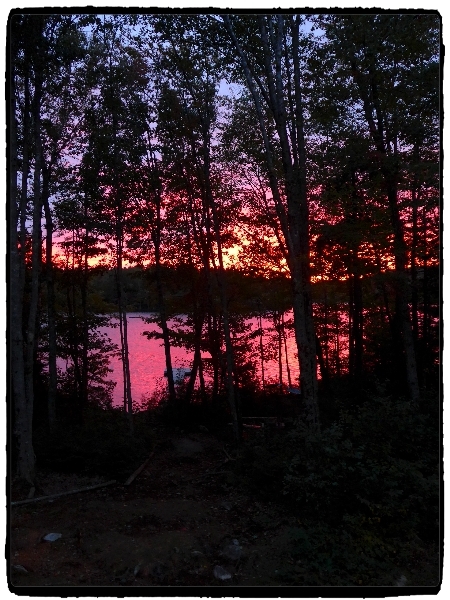 There was a fantastic sunset this evening, the colours over the lake through the trees at the back of the house were amazing.

Today we ventured out all day to a nearby island, in fact we drove along the coast and saw hundreds of islands ranging from tiny rocky outcrops to some measuring several miles across. Many times we pulled over to photograph the stunning scenery and despite a cold biting wind we stayed out most of the day. 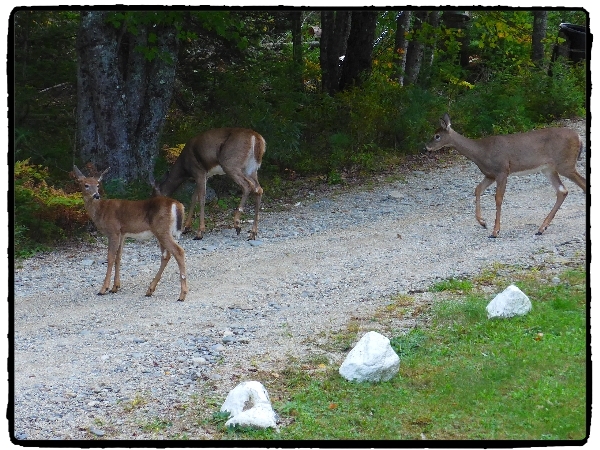 WHITE-TAILED DEER on the drive outside the house this morning 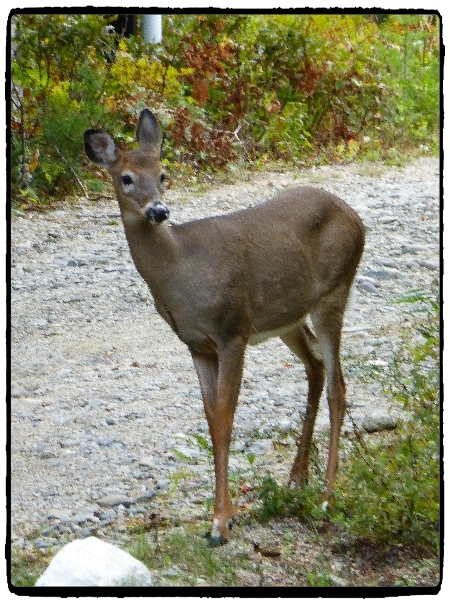 We saw many birds along the shore at various times, Dawn found the best of course when she pointed out two very large raptors, they were BALD EAGLES, first year birds. But  a flock of SURF SCOTERS was a good find too. Other species seen included: several small flocks of Yellow-rumped Warblers, they dash about and at this time of the year most of them look like European Serins flashing their yellow rumps as they fly off. We also saw an American Pipit, very nice, lots of Common Eider, Great Blue Heron, Double-crested Cormorants, Ring-billed Gulls, Common Loons and one bay held four Red-necked Grebes, a couple of Red-breasted Mergansers and large rafts of Common Eider. 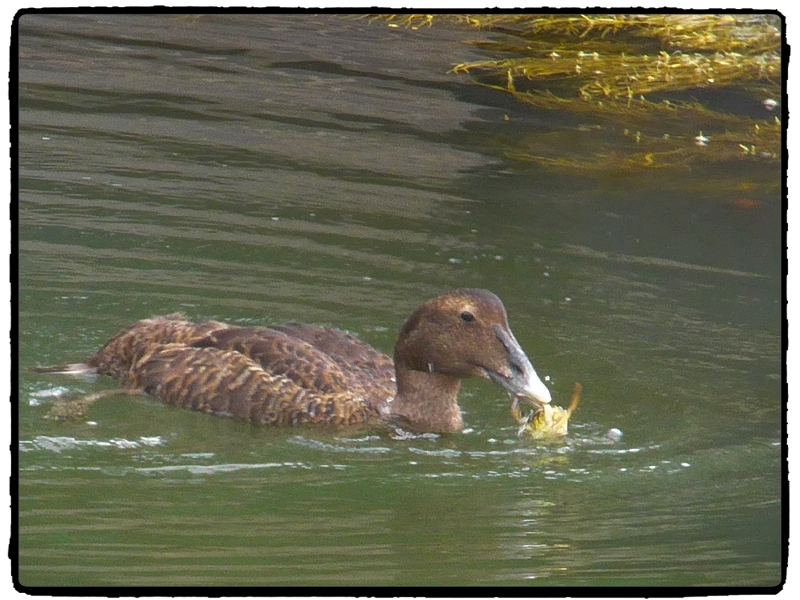 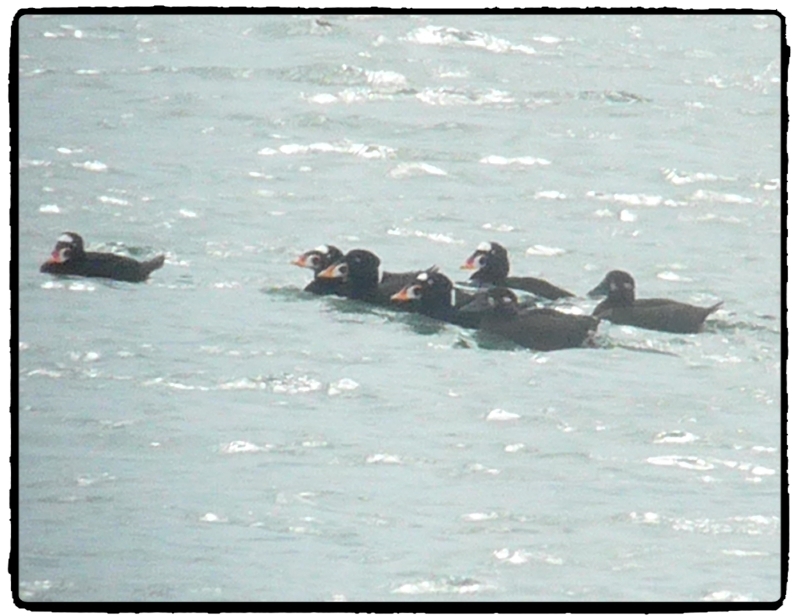 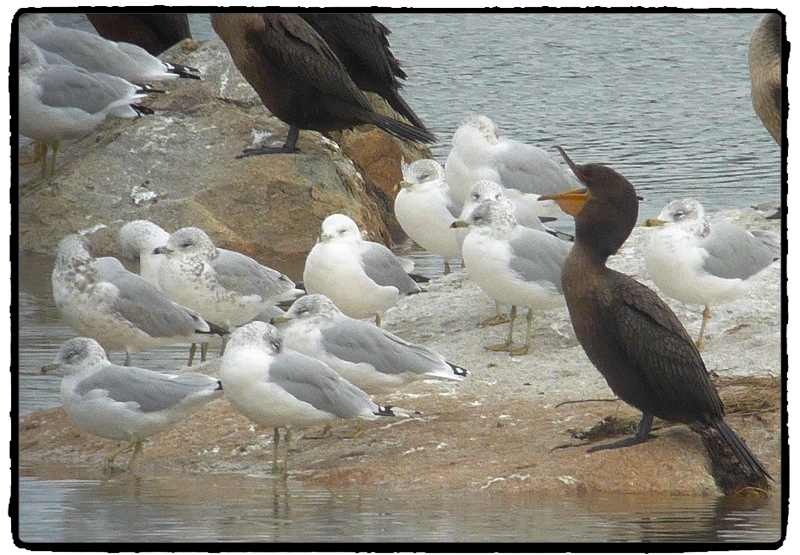 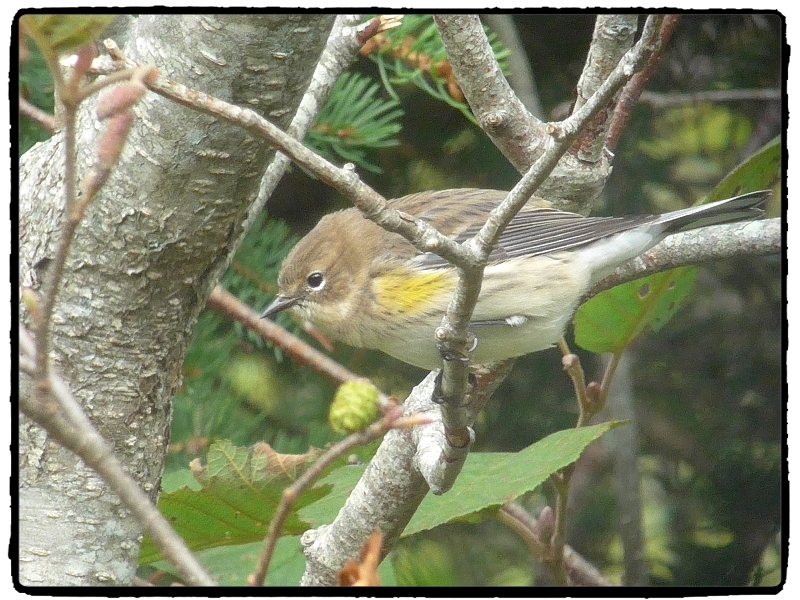 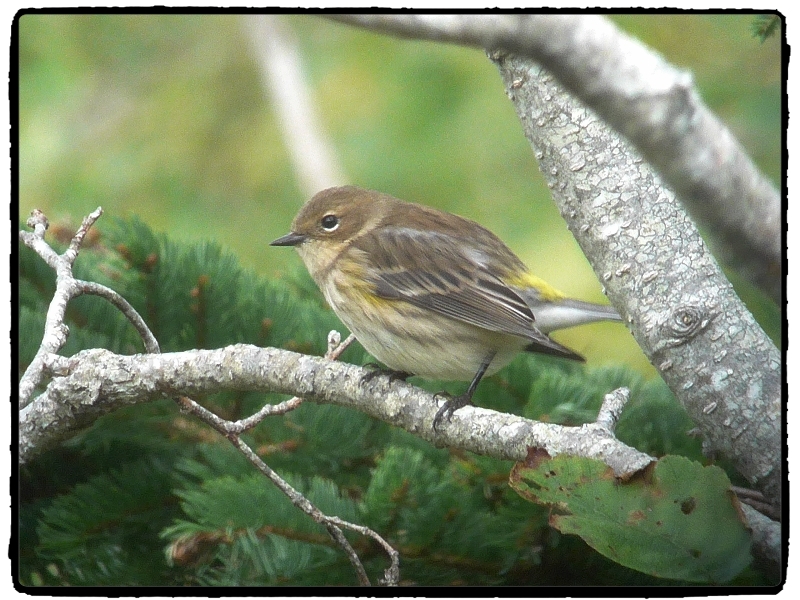 Belted Kingfishers were seen a few times and at Stonington I saw a Black Guillemot in winter plumage. Turkey Vultures drifted over many time during the day and the odd Blue Jay was noted a couple of times, but generally as you drive along the forested roads very few birds dashing in front of the car. American Crows are common but we have only seen (and heard) two Ravens and no Grackles yet! 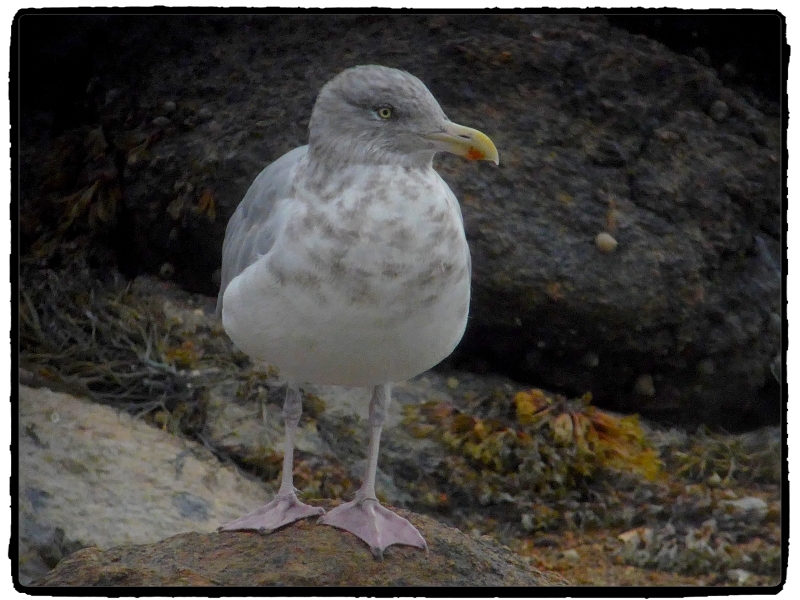 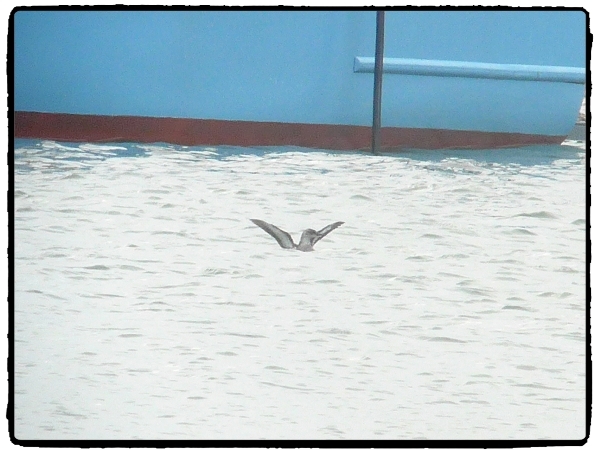 We were back at the house at 5pm it was starting to get dark and colder, we noticed that the leaves were starting to turn colour, let’s hope they change in the next few days whilst we are still here.