Another beautiful day in Maine, leaf colour is beginning to change but not there yet...........

We had a lazy day today and didn’t venture too far from the house, it was another gorgeous day, clear sky no wind, crisp and cold to start with.

We walked along the main dirt track that led from the house up the wooded hillside away from the lake. As we passed a neighbour’s house we saw plenty of bird activity around a number of feeders; lots of Mourning Doves, Blue Jays and Black-capped Chickadees used the feeders. We also noted Dark-eyed Junco (4), Red-breasted Nuthatch (2), Downy Woodpecker, American Robin and Hermit Thrush. We also enjoyed the antics of the lovely Red Squirrels, they are very inquisitive and will come down to ‘talk’ to you before running up a tree and trilling down to you. 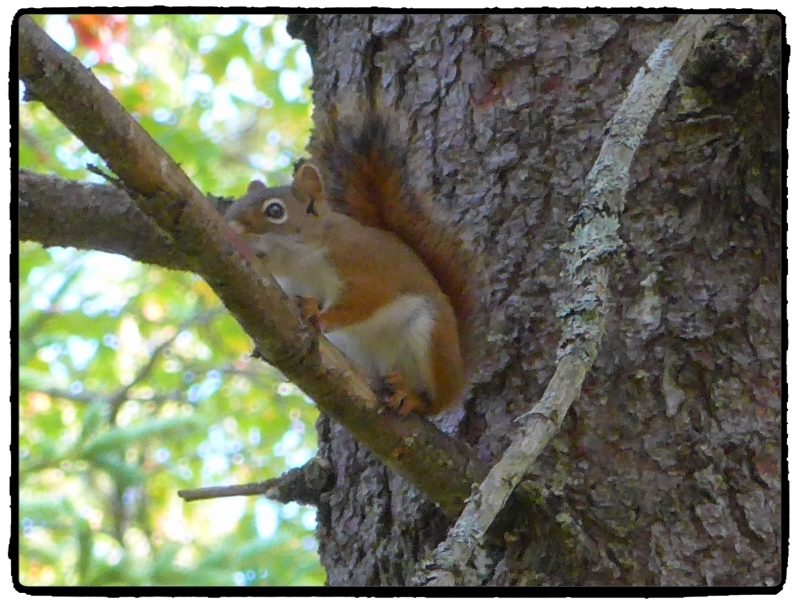 From there we continued along the forest track which gentled climbed up a hill for about a mile before breaking out in open heathland. In fact it wasn’t heathland it was Blue-Berry fields, they only grow to about a foot off the ground. The fields had been harvested already so we didn’t see many, however a flock of birds flew up when we appeared and after tracking them down we ID’d them as American Pipits with a few Savannah Sparrows in tow. 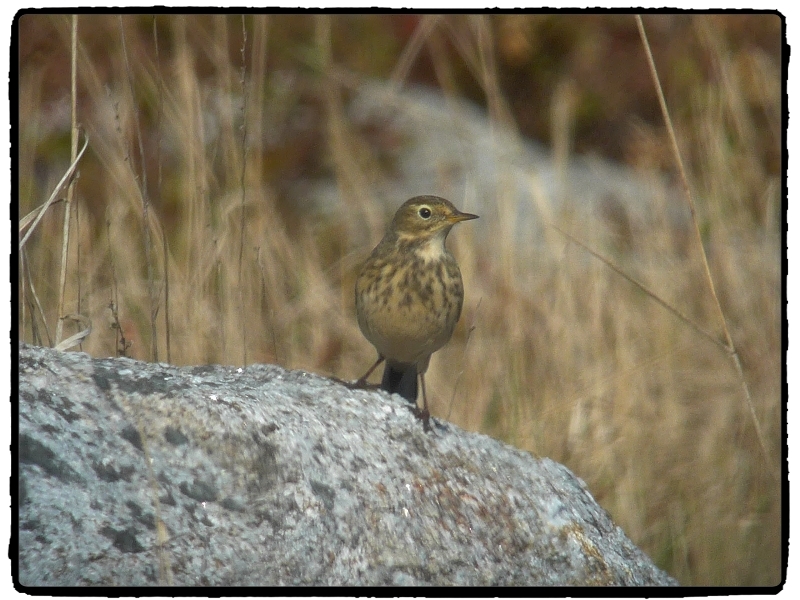 Dawn then found our fifth Bald Eagle, this bird was our first adult sighting, a magnificent beast. A couple of Ravens flew over and were rather underwhelming after the eagle display. The only other sighting of the morning was of a Chipmunk which appeared at the side of the track on the way back to the house. 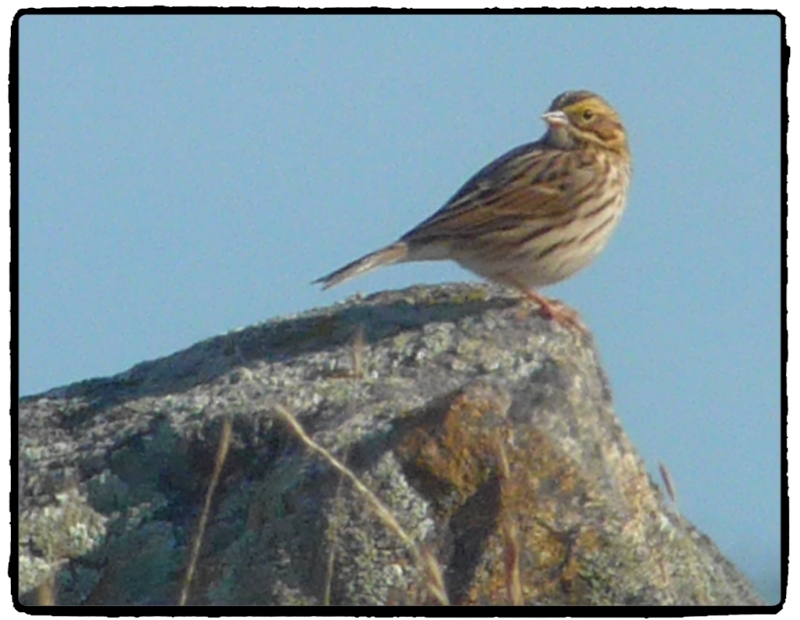 We then spent a long lunch before venturing out again around 4pm. We made a brief visit to the ‘Town Landing’ on the shore of Northern Bay, from there we saw Greater Yellowlegs, Hooded Mergansers, Belted Kingfisher and the usual cormorants and gulls. That was it for the day, we went shopping at Blue Hill before retiring for night back at the house. 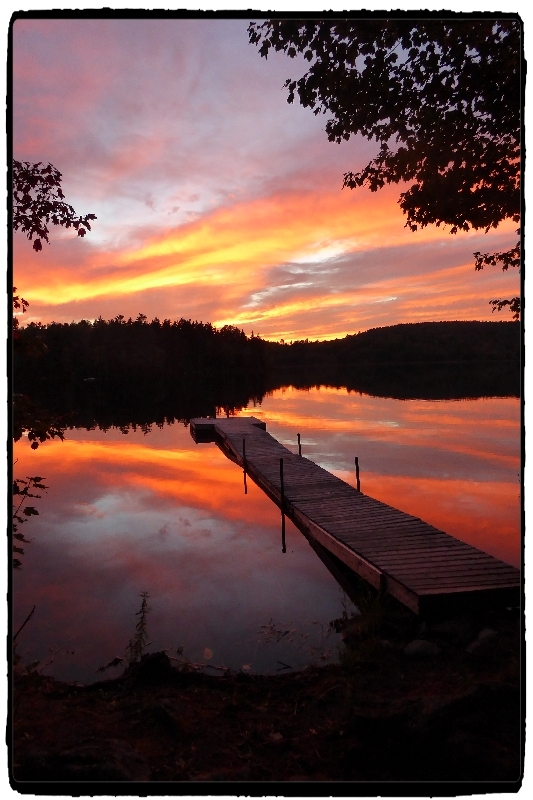