WEATHER; another sunny day, a bit warmer with little breeze.

Anything we did today was going to be anticlimactic after yesterday’s birding extravaganza and sure enough that was the case. Our pre-breakfast walk into the pine woods of at Dobarza produced very few sighting but we heard a lot. The lane outside the hotel held more birds than the woodland did. Common Rosefinch, Red-backed Shrike, Yellowhammer, Tree Sparrow and Lesser Whitethroat were all in their usual places, we did hear River Warbler and Corncrake, but as usual they did not show. Two lucky individuals who went out a little earlier saw a Goshawk and some of us watched 6 Caspian Gulls fly over. 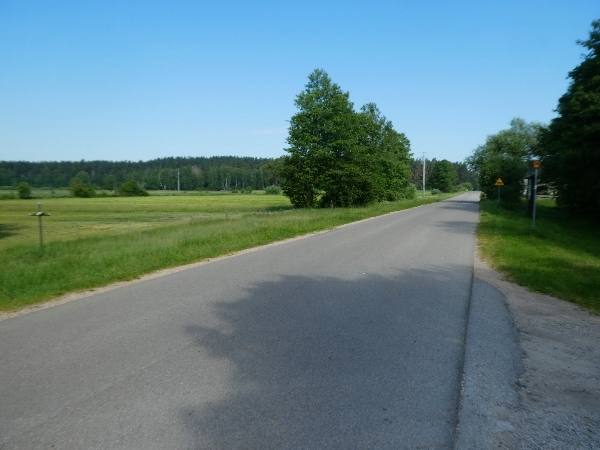 In the woodland we heard Wood Warbler, Chiffchaff, Willow Warbler, Pied Flycatcher, Crested Tit, Thrush Nightingale, Great Spotted Woodpecker and several other species but none of them showed. In a clearing after a 1km walk we finally found some birds! Crested Tit, Coal Ti and a family party of Willow Tits were great to see and all new for the trip list. We also saw Jay and a finally a Common Cuckoo flew over us after Neil imitated the call to a very accurate degree by blowing through his clenched hands. 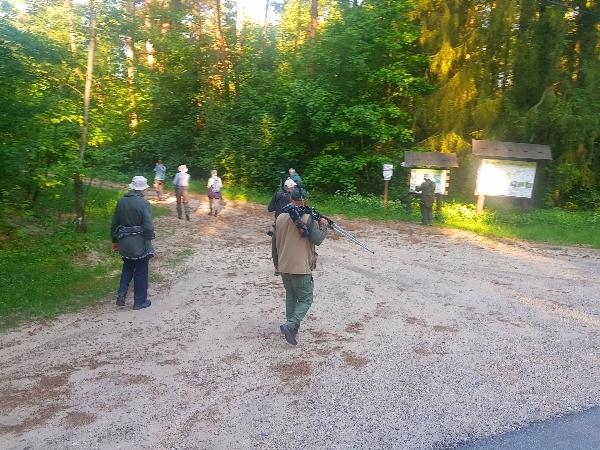 entering the woodland at 6am

After the breakfast we set off for the forest where we took boardwalks at Czerwone Bagno and tracks both inside the forest and along some open marsh areas. We were still in the huge Biebrza National Park. The first boardwalk was abandoned because it was in very poor state of repair and the second one produced very little except for more singing birds and no sghtings, even the butterflies were hard to find. 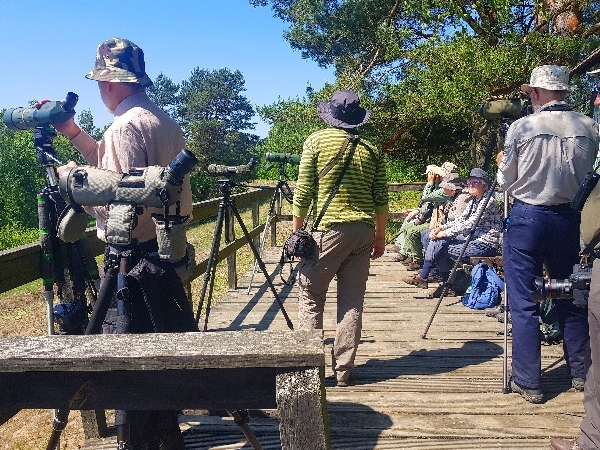 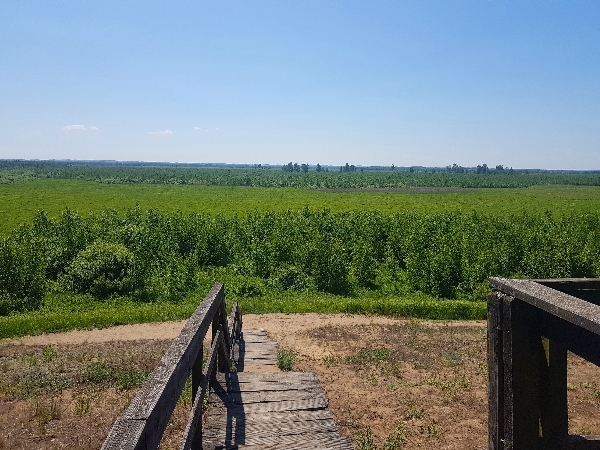 Our main walk along a sandy track gave us good views over a large section of marsh where we searched for raptors from two raised hides. We did see very distant Lesser Spotted Eagle, Common Buzzard and not much else. A Wryneck was a nice find and a Great Spotted Woodpecker made a brief appearance. We watched a Tree Pipit perform it ‘parachuting’ display song-flight and we saw Whinchat but not much else. A pair of Red Squirrels were nice to see and a Red Deer walked in the marshes. 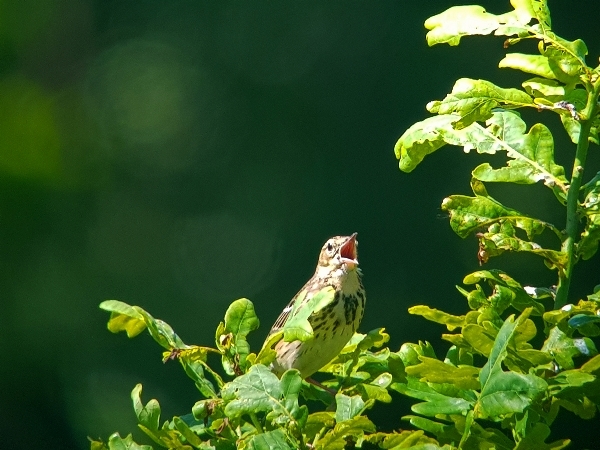 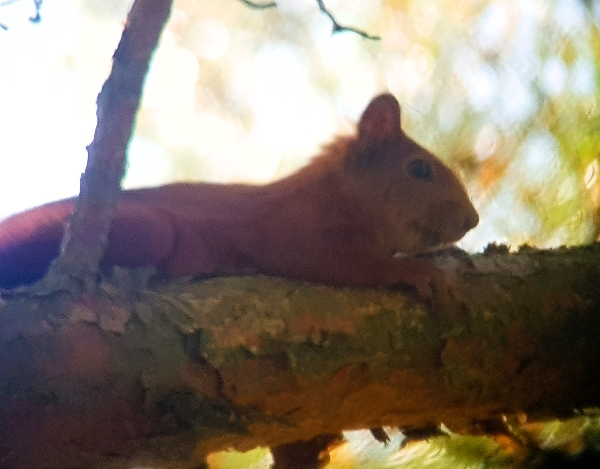 We ate our picnic lunch back at the bus and then spent 45 minutes travelling round to another area of forest where we took another boardwalk. On this walk we had good views of Wood Warbler but again we heard far more species than we actually saw. 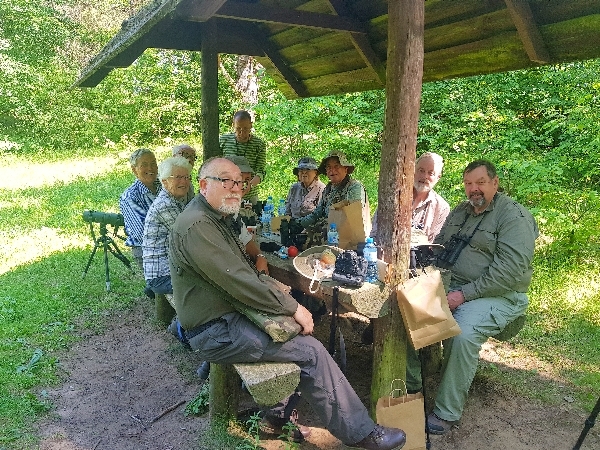 picnic in the park

Our final destination was at Kapice where we parked along a farmland track and searched the sky for raptors, we had a wide panoramic vista over the forests in the distance and over large tracks of cultivated fields and grassland. This last birding; episode produced the most birds of the day. We saw Fieldfare, Great Grey Shrike, Lapwing, many Skylarks, our first Woodlark and also Common Whitethroat, Whinchat, Yellowhammer, White Stork, Common Crane and Eurasian Hoopoe. The raptors did not show up, so we called it a day at 5pm, it was still quite hot at this point. A Red Fox was also noted. 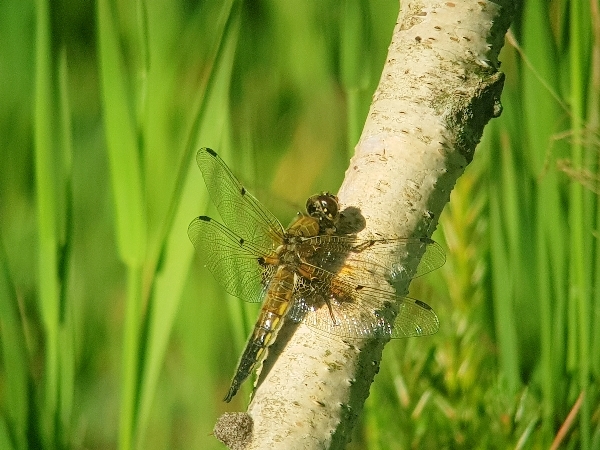 Dinner was taken early at 6:30pm because we were going for another walk to the ‘Great Snipe lek’. We set out at 8pm for a 1.5 kilometre walk through the pine woods and out onto the marsh where a view platform has been construction for the purpose of viewing the Snipe. It took us a while to leave the lane as three Corn Crakes were calling, one in particular was very close to the road, but we still not see one. 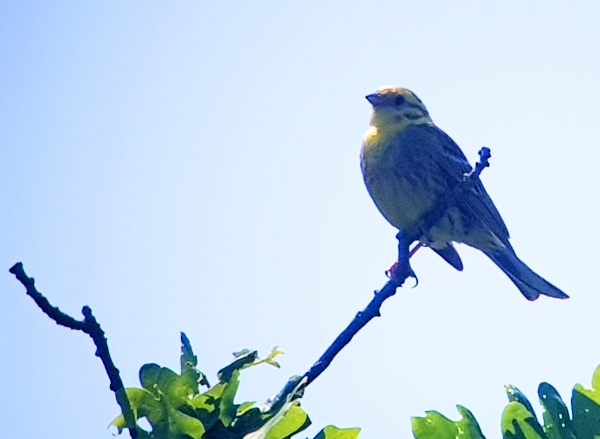 We were all well wrapped up and had our mosquito relent all over us as walked into the woods and out onto the marsh. It was perfect night, still, warm and a lovely sunset provided perfect light. The Snipe did not show up, in fact Bart our guide had warned that the end of the lekking’ season may have passed. But it was lovely out there, we saw Woodcock, several Common Cuckoo, Red Deer and we heard Thrush Nightingale and Bluethroat. A flock of 17 Cranes flew over, a fitting finale and signalled our departure.

On the way back we bumped into a family of Tawny Owls, at least four chicks were calling from the pine trees, it was still light enough to see them, fluffy white balls that could fly!! We also heard Green Frogs churring like nightjars and the loud call of the Tree Frog. It was fully dark by the time we got back to hotel at 10pm.