It was transfer day today! We moved from the Biebrza Marshes to the bialowieza Forest which is normally a 2- 3 hour drive, but we took nearly all day because of the stops we made. Most of us walked around the grounds of our hotel, Dwor Dobarz, before breakfast. The usual suspects were noted: Tree Sparrow, Black Redstart, White Wagtail, Garden Warbler heard, Icterine Warbler seen by one person and both Common Cuckoo and HoopOe were also heard calling in the distance. 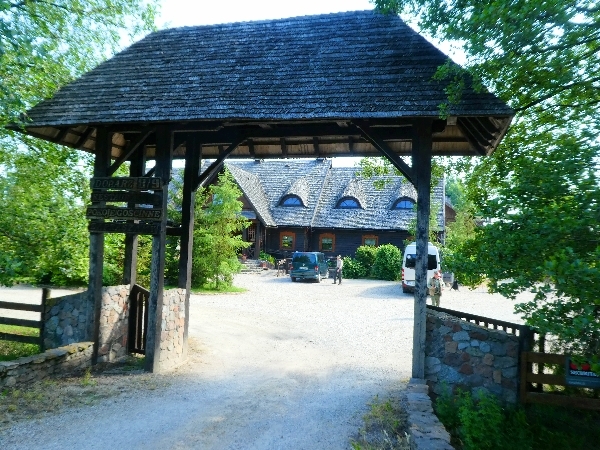 the luggage has been loaded onto our bus, we are ready to go.

The first stop we made along the way south was at a sand quarry near the lovely little town called Tykocin, it was very warm out there but a nice breeze helped to keep us cool. We were distractedfrom looking for our main target bird the European Bee-eater by a singing Marsh Warbler. This bird was very close to the bus as we got off it, before long we had all seen it well. In the meantime we also noted Common Whitethroat, Yellow Wagtail, Linnet, Tawny Pipit and our target bird finally turned up the European Bee-eater. A large colony of Sand Martins were also breeding in the quarry and a Turtle Dove was also added to our list before we drove off. We added Black-veined White and Amanda’s Blue to our butterfly list. 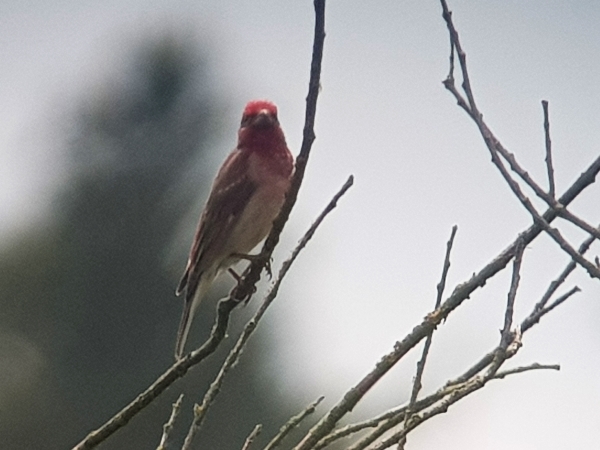 summer plumage Common Rosefinch, I always wanted to see this species in the summer

Before we stopped for lunch we visited the ‘Fish Ponds’ near the large town of Bialystok in the district of Dojlidy, it was a little windy during our visit and it rained for two or three short periods. This did not deter us from having agreat couple hours birding. Some of the pools had very little bird life because of human activity but other reed-fringed pools had a lot. A very noisy Black-heade Gull colony numbered in the hundreds of pairs and both Great Crested Grebe and Common Coot were seen with chicks. 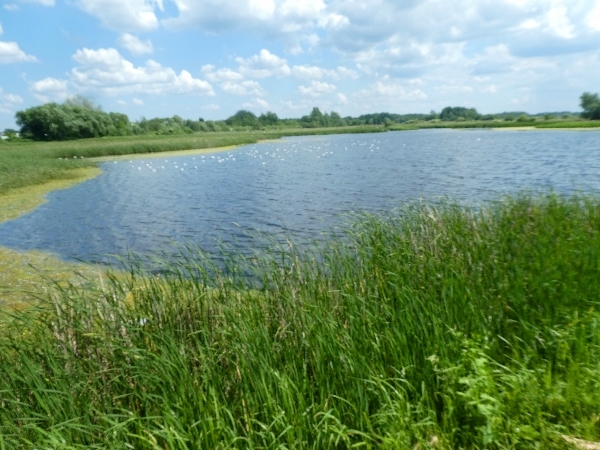 Our main target bird was the Red-necked Grebe, we found a juvenile first then a couple of adults and later at least two more birds, what a fantastic looking bird. Species seen in the reeds included both Great Reed, Reed and Sedge Warblers, Reed Bunting and we heard both Great Bittern booming and Water Rail squealing. 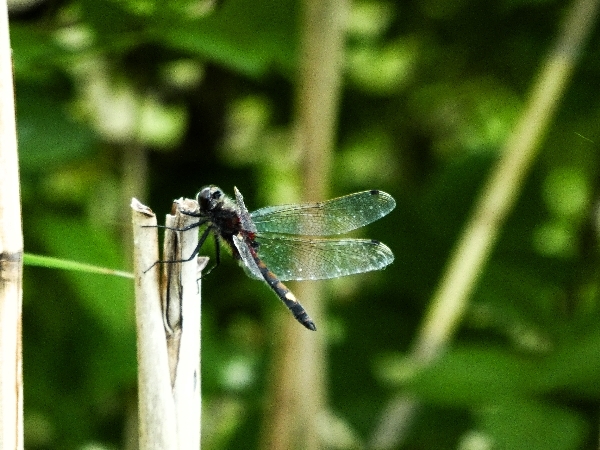 a poor photo of the Yellow-spotted Whiteface

Further along our walk we found another larger pool with a lot of ducks on it, most of the ducks were Mallards but we also saw Gadwall, Eurasian Wigeon, a Whooper Swan and Little Grebe. In the trees and bushes we found two Penduline Tits nests, the second one being active and we had agreat sighting when a River Warbler showed briefly in the open. We watched Common Rosefinch, we heard Savi’s Warbler and just before we left we heard the Bittern booming once again. 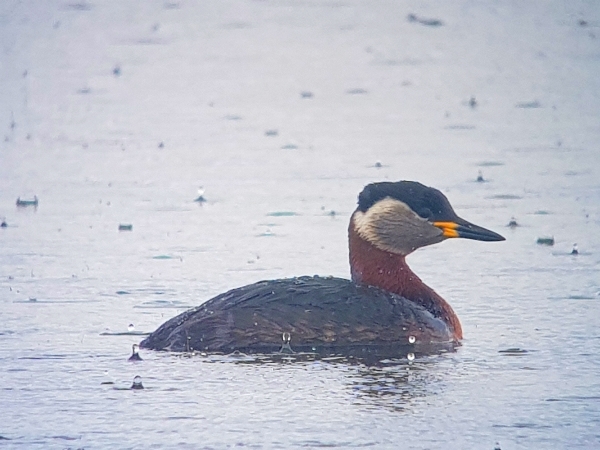 Red-necked Grebe in the rain

Lunch was taken in a nice restaurant before we set off for the final leg of the journey. It was £:45pm by the time we reached our hotel which was situated in the centre of palacwy Park on the site of the old palace which burnt down in the 1940’s. We were surrounding by woodland, open grass meadows and several pools, what agreat setting for a birding holiday/ 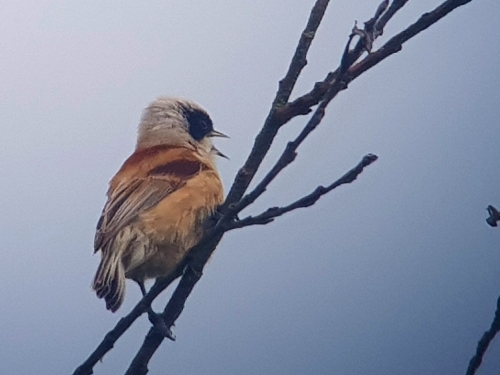 By 4:30pm we were walking in the woodland where a great many species waited to greet us. A Firecrest was the first new bird on the list this was quickly followed by Middle Spotted Woodpecker and then by Collared Flycatcher. 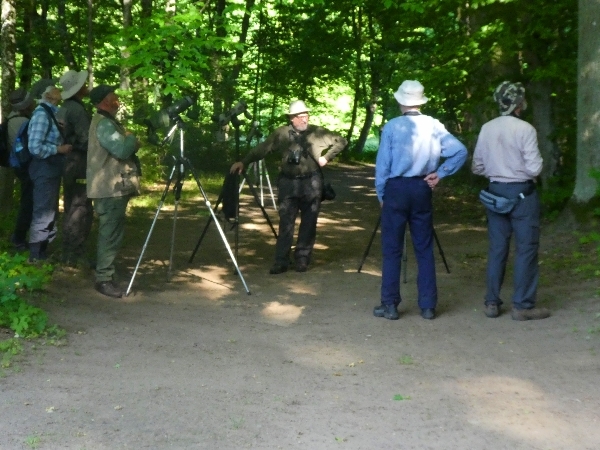 waiting for the Collared Flycatcher to turn up again

Both of the latter two species were visiting nest holes, carrying food for their chicks. A Great Spotted Woodpecker was seen doing the same a little earlier. We went on to see a nice number of species including a family party of Fieldfares, also lots of common woodland species. An Icterine Warbler was tantalisingly close but we could not see it  and a Serin sang from the woodland without showing. A Hawfinch flew up off the ground in front of us but as I was in the lead, I was the only one to see it. Several Black Redstarts adorned the hotel pillars and ledges as we returned for dinner at 6:30pm.