WEATHER:  a beautiful start to the day, sunny and not too hot, cloudy around 2pm , thunder and a small amount of rain later. 20-25C

At last, our big day in the park had arrived I had been looking forward to visiting Europe’s last tract of temperate primaeval forest and I wasn’t disappointed, it was tremendous. This whole world heritage site covers more than 400 square kilometers, most of it is in Belarus but the area of primaeval forest that we visited covers 4,750 hectares and is so well protected you dare not step off the track without the threat of life imprisonment!! 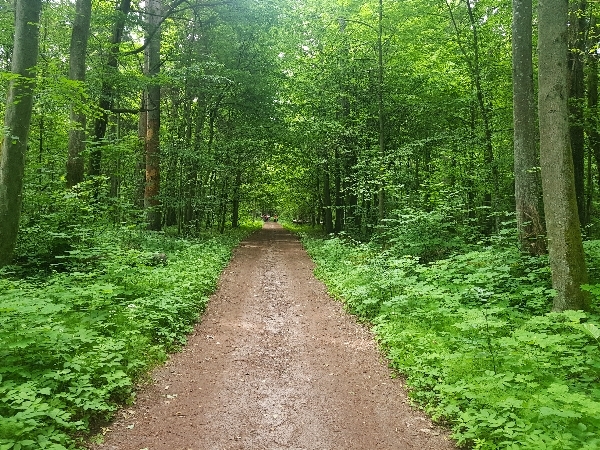 THE MAIN TRACK INTO THE FOREST

The Pedunculate Oaks (Quercus robur) are the same species that we see in the UK, but instead of the usual umbrella type canopy that we are used to seeing these trees are colossal. Thy grow straight up and their first branches are some 40-60 feet above ground and the trunks are massive. Many Norway Spruce are the same, the dead and fallen trees are just left in place, I have never seen a forest like this, no wonder it is great for woodpeckers. Some standing dead trees that we were shown have stood for 40 years and one or have been known to stand upright after dying for 100 years!! 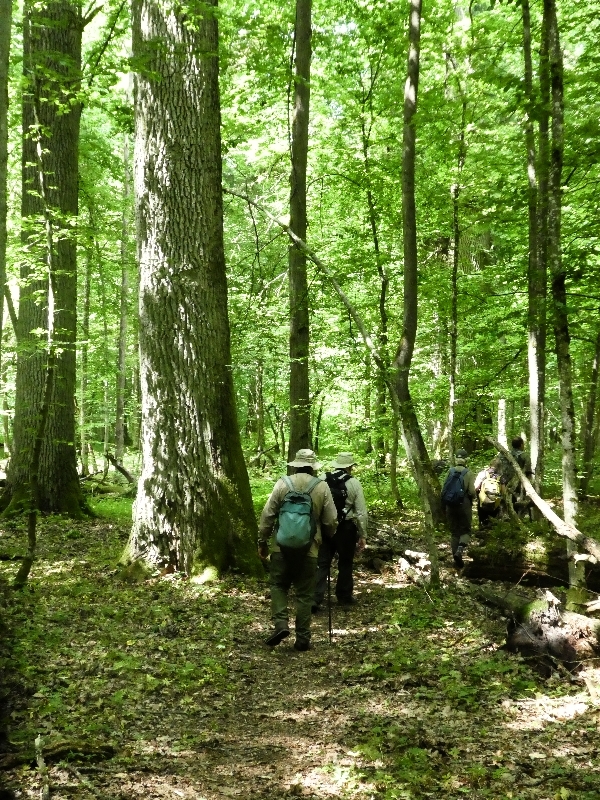 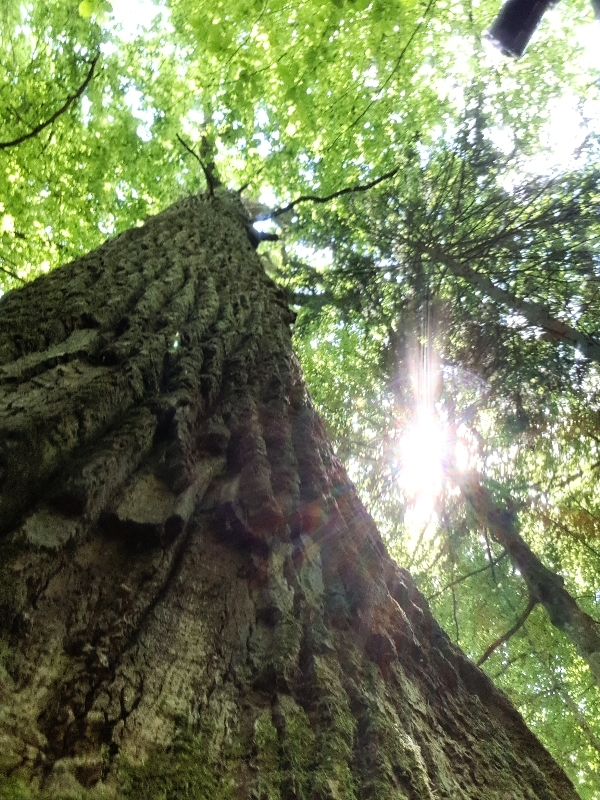 You feel very humble as you walk amongst these gentle giants and your respect for mother nature goes up a notch or two, what a place. We were so lucky to be there in such good weather, clear sky and hardly any wind. The ‘Strict Reserve’ has so many restrictions, you cannot enter without a licensed guide, our guide Joanna, met us at 9am just outside reception and we walked through the Palace Gardens o the entrance to the ‘Strict Reserve’ which is found after a gentle 1km walk. 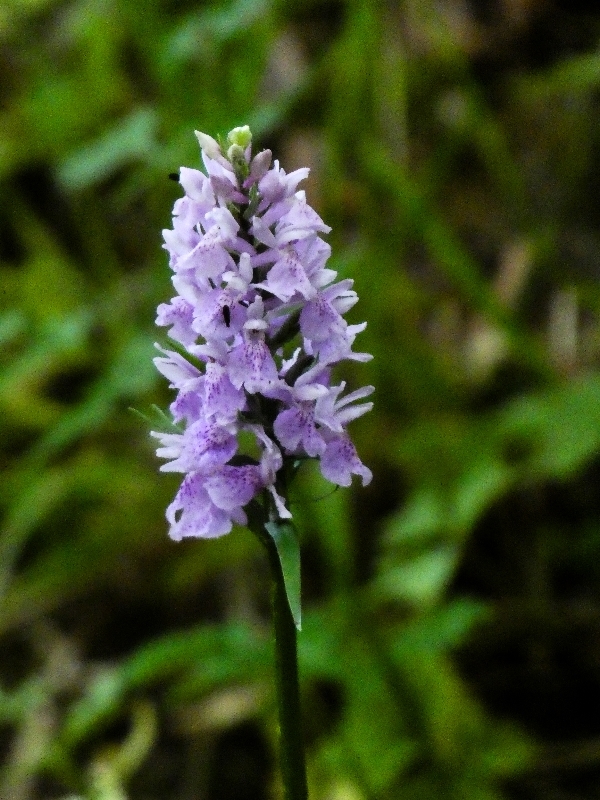 We saw a Lesser Spotted Eagle drift over the woodland on our right as we approached the Strict Reserve Gate, for the next five hours we were blown away by the forest. The depth of knowledge that these guides have is unfathomable, she knew all about the birds, the butterflies, plants, the whole ecology of the forest she knew every fungus (and there were many) every spider, beetle and every track in the mud. 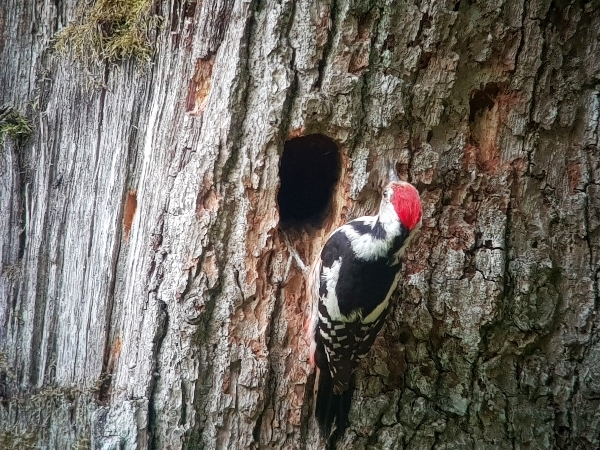 Bird wise it wasn’t overwhelming, we saw Middle Spotted, Great Spotted and Black Woodpecker, we also heard Lesser Spotted and White-backed Woodpeckers. We watch the local Nuthatches, a much brighter (even white breasted) subspecies, we saw Hawfinchees several times, we enjoyed watching Common Chiffchaff feeding fledglings, Spotted Flycatcher, Collared Flycatcher and star for me was the Red-breasted Flycatcher. This individual sang constantly but it took 12 pairs of eyes nearly 15 minutes to find it, yes you gussed it, it was Joanna who got us all onto it. 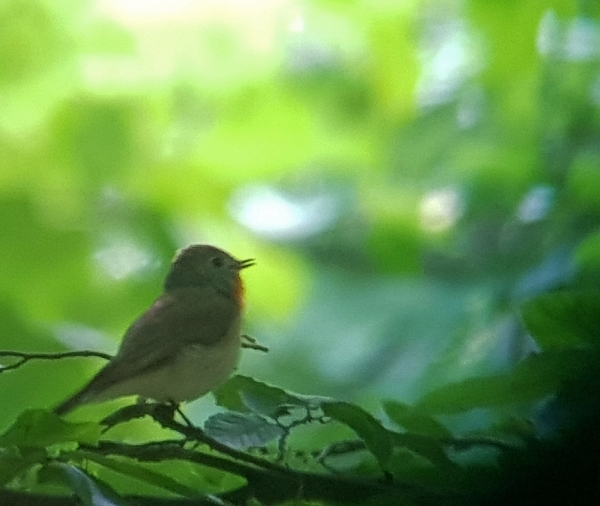 We ate our picnic lunch sitting on a fallen oak before walking back towards the gate, it clouded over and the light diminished somewhat, thunder grumbled in the distance. Luckily the rain shower was very short and our return journey was equally as good as the outward one’ We found a Map butterfly and the nest hole of the Black Woodpecker which had one chick peering out of it. 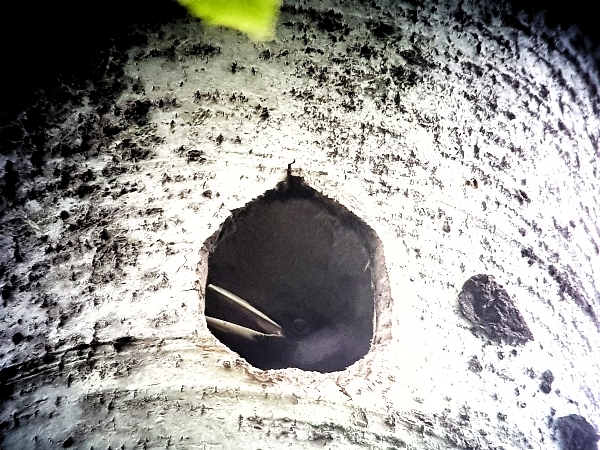 It was 3pm by the time we arrived back at the hotel, we had walked 8 km, it was all flat and easy going, I idn’t feel tired. Dinner was very early at 5:30pm because we planned to go out again tonight to a second ‘Great Snipe Lek’. We left at 7pm and drove for almost an hour before walking along a track and out onto a Marsh some 1.5 km’s later.

We waited on a raised platform until dusk enjoying the ambience of the marsh as it closed shop for the day. Several Corn Crakes were calling, one individual was very close to our platform. It came to within 3 meters of and despite looking down from at least 5 meters we could not see this bird, how frustrating was that?

The marsh slowly went to sleep, Roe Deer ‘barked’, the last of the Cuckoos died down and the first of Thrush Nightingales burst into song. A beautiful setting sun enhanced this idyllic setting and the mosquito numbers doubled to try to spoil it for us. The ‘lek’ did not happen, we assumed it was too late in the season, we saw one Snipe fly-in but it was too far away to identify it. We walked back in semi-darkness to the bus, Savi’s Warblers reeled away as we bid farewell to the marsh.