WEATHER: another top day, all day sunshine but cooler, 25-28C

It had rained overnight so the air was cooler and it felt ‘fresh’ as we stepped out of the hotel into the Palace Gardens. There wasn’t an official morning walk but several of the group went out anyway coming back with reports of  various sightings of this and that.  Great Spotted Woodpeckers were feeding on the lawns, Hawfinches hopped about on the tracks, Black Redstarts dashed from pillar to post. Chaffinches called from every bush or tree and flycatchers dashed out from the canopy in pursuit of unseen flying insects. 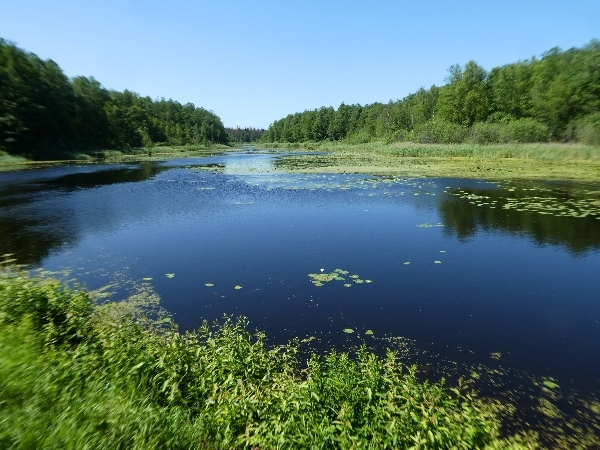 We sat down together at 8am for breakfast, it was another lovely warm morning, we were surrounded by birds in song, a most enjoyable experience. We left the hotel at 9am and headed for the Lake at Topiƚo which was a 30 minute drive. What a beautiful place, a large ‘recreational’ lake was bisected by a small gauge railway line, it was reed fringed and covered mostly by lily pads and Mallards. The woodland around the lake looked very interesting and Bart reeled off a list of mouth-watering birds that had been recorded there. 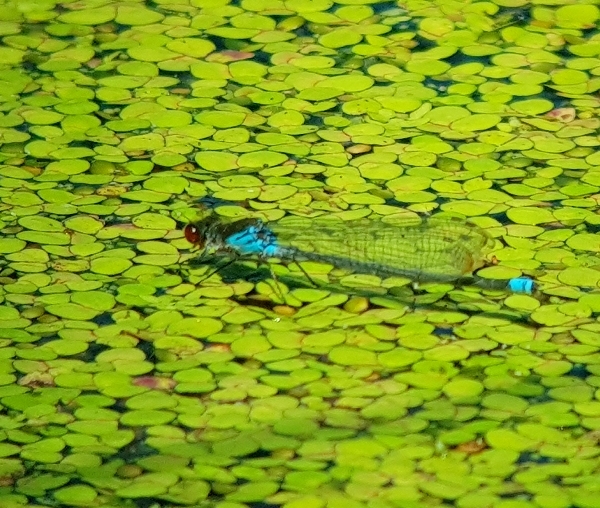 We heard Lesser Spotted Woodpecker from the car park and noted White Wagtail in the car park, Blackcaps, Garden Warblers and Chaffinches were singing too. We spent two hours walking slowly around one of the lakes, first crossing the causeway walking along the railway track. We noted dozens of Dragonflies and Damselflies flying around the reeds and lily-pads. Black-tailed Skimmer, Large Redeye Damselfly, Blue Emperor, Broad-bodied Chaser and Lilypad Whiteface. 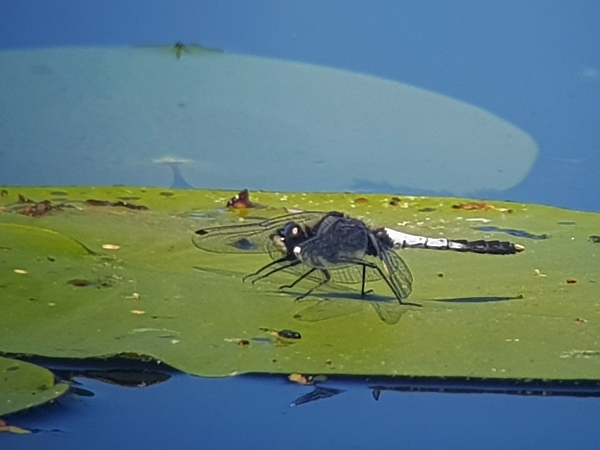 Great Reed Warblers were singing from the reed-beds and Blackcaps from the canopy, but it was woodpeckers that we were hoping for and after half-an-hour or so we found our main target bird, the White-backed Woodpecker. It called a few times and drummed it distinctive rhythm, then it flew and landed in sight, we had brief views of the perched bird and one or two of the group even got pictures of it, fantastic our eighth woodpecker in the bag. 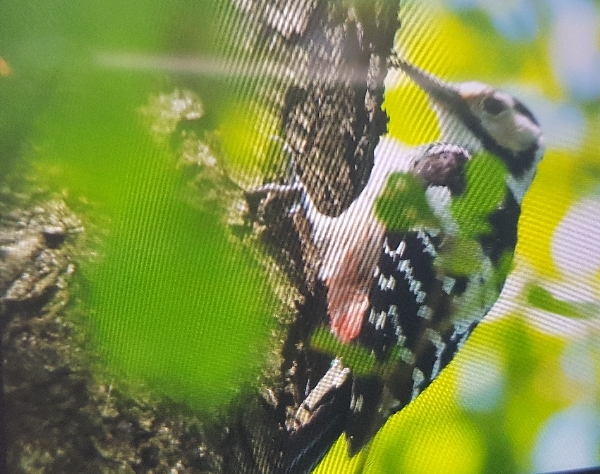 White backed Woodpecker,  this is a photo of the back of a camera, the original photo was taken by Bob Wills

We continued our walk and not too far away we found a nest-hole of the Lesser Spotted Woodpecker, a chick was calling constantly from the edge of the hole, there was no sign of the parent birds. 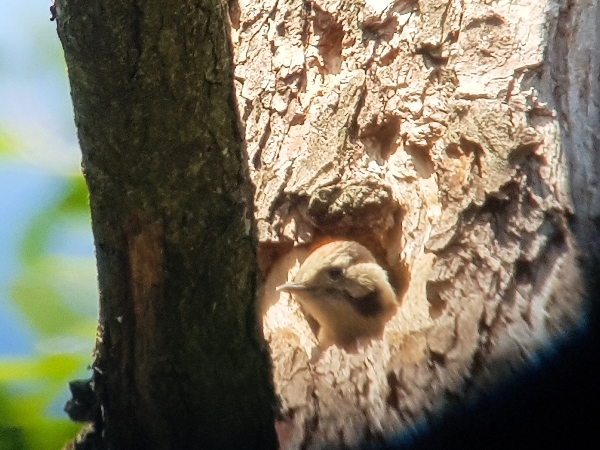 A few butterfly species were noted, including the uncommon Lesser Marbled Fritillary, a lifer for most of us. Back at the car park Hawfinch was noted flying over and we did see Black Stork high up in the sky, Common Raven, also flew over the car park and one person had seen a Lesser Spotted Eagle. We returned to the hotel for lunch, it was another lovely session out on the terrace.

At 3pm we set off for the short journey to the “Exhibition of the Forest”, basically a tourist attraction and a place where you could get to see Bison in the flesh albeit in captivity. It was crowded with people out on a Sunday afternoon walk, we did see several Collared Flycatchers, Hawfinches, Common Redstart, Red-backed Shrike and the usual common species,  a small group of Bison where in the main paddock some distance away. 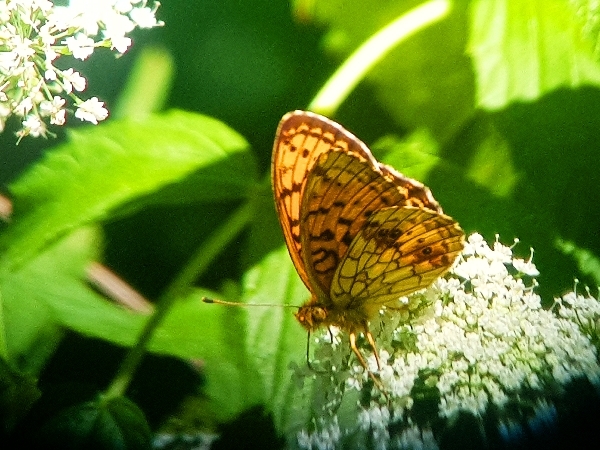 We then drove to the forest at Czer Lonka, where Norway Spruce dominate the landscape and where Nutcrackers roam. However, they were not roaming today, we dipped once again but we did enjoy sightings of the North European Long-tailed Tit, subspecies caudatus, the white-headed form. Also, Yellowhammer, Blue Tit, Great Tit and a few other common species, but no Nutcracker.

After an early dinner we jumped back onto the bus for a ‘twitch’ because a ‘wild’ Bison had been seen about 2km from the hotel. We were going out anyway but we made this ad hoc, unsuccessful, diversion and it was not too far off our planned route. We then drove to the spruce woodland in the hope of seeing European Nightjar, we couldn’t stay until dark because of driving restrictions of our bus driver, we had to leave before dusk, so all we got was a Woodcock and lots of mosquitos!