We had a terrific start to the day with a walk along the main track from Finca Santa Marta. Some of the best European songsters serenaded us along the way with Blackbird, Wren, Common Nightingale and Blackcap all in full song and noted in a very short time. We hadn't gone much further when a Zitting Cisticola tried to impress us with its 'zitting' song and flight dance, I think we were more impressed by its cute look as we had  excellent sightings of it when it perched on a nearby bush. 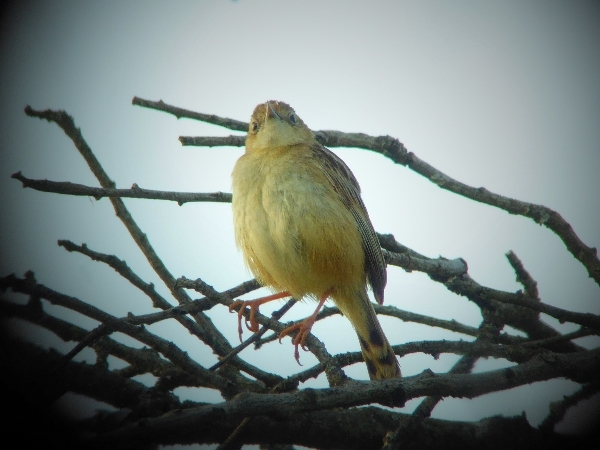 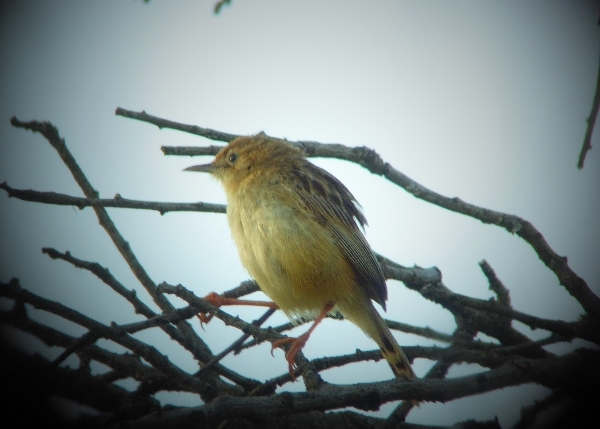 A host of Long-tailed Tits flew up onto a power line, there must have been at least 10 of them, a family party we presumed, the Melodious Warbler tried to compete with a second Common Nightingale, it lost in the song division but won easily on looks! A Woodlark sat in the top of some dead branches but never sang and we noted two Eurasian Hoopoes fighting one another, it was hand-bags at dawn-, nothing to write home about. Red-rumped Swallows circled overhead and whilst watching a group of four Spotless Starlings a Hawfinch landed in the same tree! As we left the area a Common Cuckoo burst into its dysyllabic, onomatopoeic, repetitive call but it was too distant to locate. 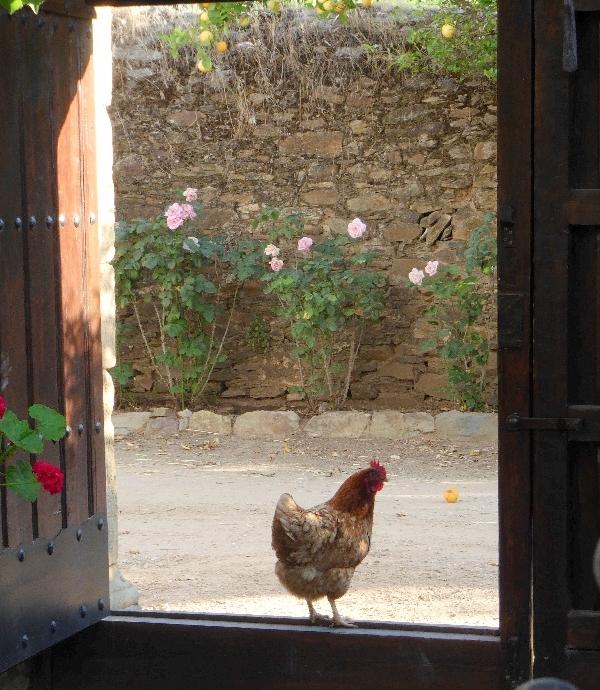 Back at the Finca we met up with Marion who had also been watching several birds including a nice Hawfinch on the lawn outside her room. We all had breakfast together before setting off in the persuit of 'steppe' species but first we called into Trujillo to buy picnic supplies. Our first stop was just on the outskirts of town along the road to Mantànchez where a small reservoir (embalse) can be found by the roadside. 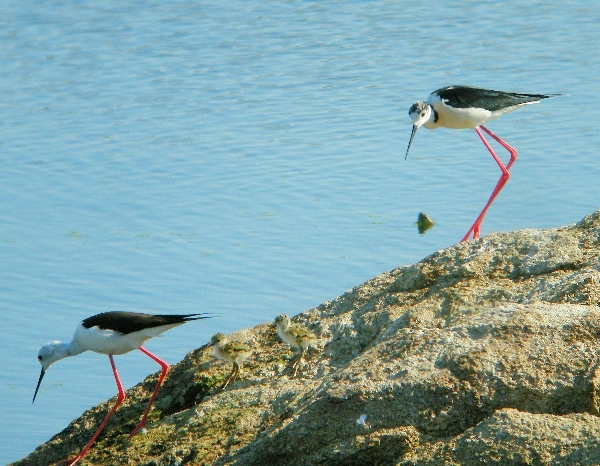 a family of Stilts 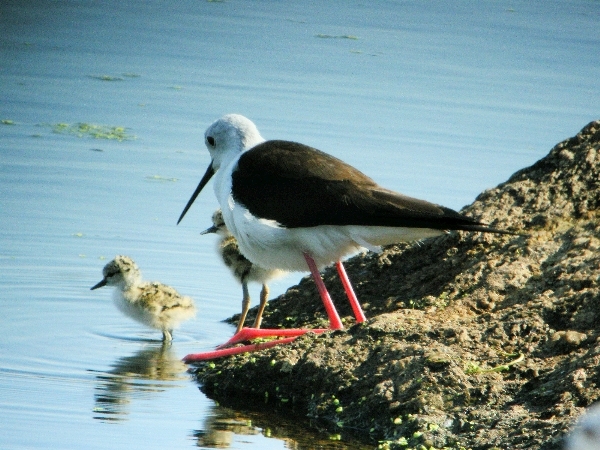 A Little Ringed Plover flew off as got out of the bus but the rest of the birds seemed unperturbed by our presence including family parties of Black-winged Stilts. We saw Little Grebes, Eurasian Coot, Mallard and White Wagtails.

Next we stopped at ancient disused bridge on the Casares road, we had a very enjoyable time watching family parties of Common Kingfisher, Barn Swallow, Common Stonechat and another Melodious Warbler performed well. 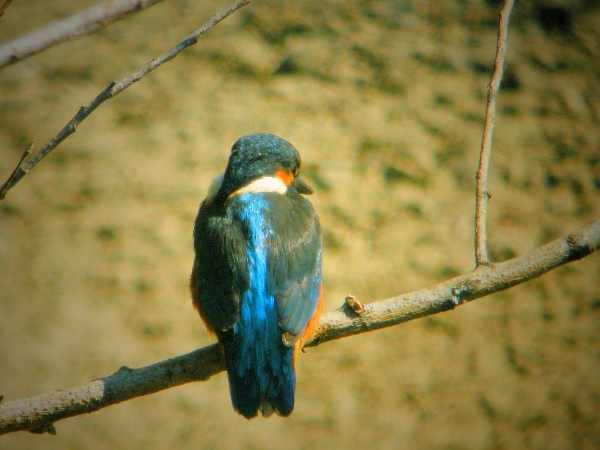 one of the juvenile Common Kingfishers

For the next two hours we drove across the Llanos de Casares, a huge area of ‘steppe’ grassland where a number of excellent species can be found. A major conservation effort is proving quite successful, the provision of hundreds of neating boxes for the European Roller have been accepted quite well by this beautiful bird. Lesser Kestrels, Jackdaws, Spotless Starlings have all benefited too! 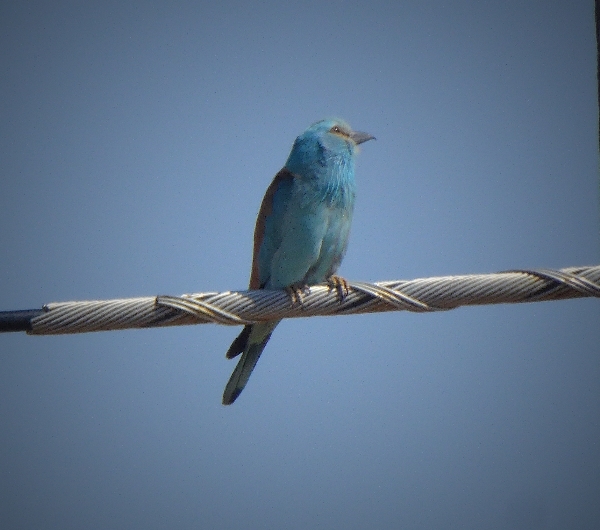 It 11:30am when we arrived so we never expected a lot of sightings but we were happy with what we found. A melanistic Montagu’s Harrier was very obliging and a ‘first’ for everyone in the group, the regular grey adult male was also much appreciated. 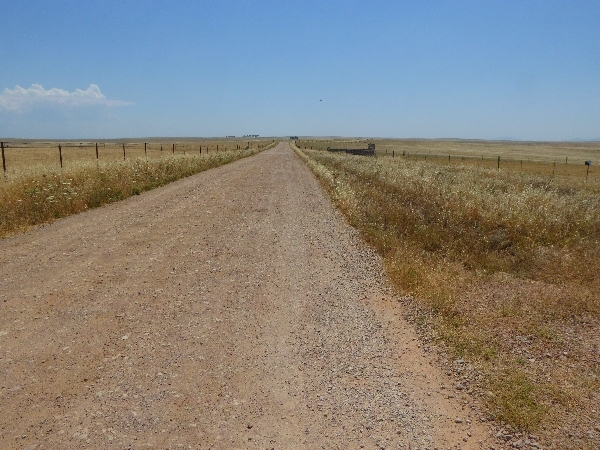 Calandra Larks, Thekla Larks, Crested Larks and a couple of Short-toed Larks completed our lark’s list whilst Iberian & Woodchat Shrikes, Eurasian Hoopoes and Common Stonechats added a bit of colour and variety. Raptors were ever-present, Black and Griffon Vultures, Red and Black Kites, Short-toed and Booted Eagles and lots of Lesser Kestrels made up our sightings.

After stopping to eat our picnic lunch where mainly butterflies featured in our sightings; the Swallowtail was abundant, as was Southern Gatekeeper, Small Skipper, Small White and Clouded Yellow. We then drove to the Reservoir at Talavan where few species were seen but it is a nice spot to visit. Grey Heron, Gadwall, Mallard, Black-winged Stilt were in or around the water and plenty of White Storks were visible including a pair that had built their nest on the roof of a hide, how enterprising was that! 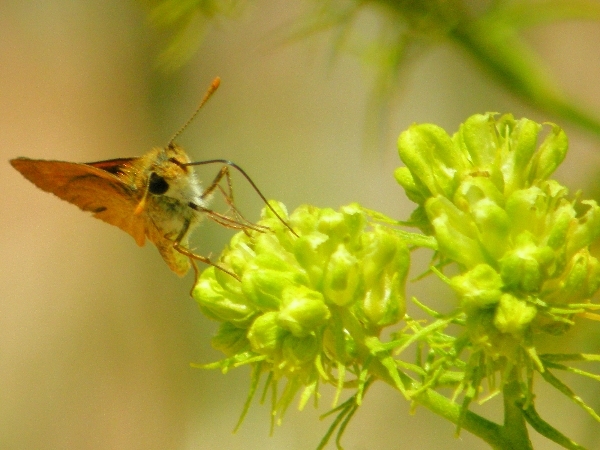 For the rest of the afternoon we made our way back to Trujillo via Monroy and Santa Marts de Magasca, we stopped for a cold drink in Monroy and then made our way slowly back driving along empty country lanes stopping whenever and wherever we pleased. We searched for Great Spotted Cuckoo, both species of Magpie turned out to be false alarms.

Two fantastic spells of delightful bird-watching stand out in my mind, the first was of up to 10 Montagu’s Harriers, mainly males, displaying in the dip of a valley. These birds dashed about, swooping and spiraling down to the ground with great speed and back up to great heights. They ‘stooped’ at the Black Kites giving them a fright, all to impress the one or two female harriers present. The second spell of excellent entertainment was of two Common Buzzards chasing and mobbing a pale morph Booted Eagle, a Black Kite joined in the free-for-all and they all displayed extraordinary flying skills.

We were back at the hotel by 5:30pm in time to relax, some of the group went swimming others just relaxed in the shade. Another excellent dinner was enjoyed out in the courtyard.