Weather: a great start to the day, sunny until 2pm then broken sunshine, top temp 31C.

We had a nice sedate morning walk along the approach track at Finca Santa Marta, the bird song was relatively low key but sightings were good especially during the latter part of our walk. We saw mostly common garden birds, with Eurasian Hoopoe, Woodchat Shrike, Iberian Magpie, White Stork, Hawfinch, Serin, Corn Bunting, Black Kite and Blackcap thrown in too. 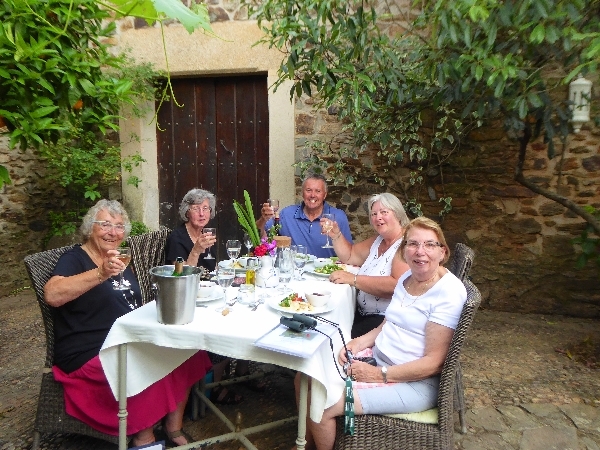 Our last night at Finca Santa Marta - a toast to Rita who unfortunately could not be with us - cheers Rita! 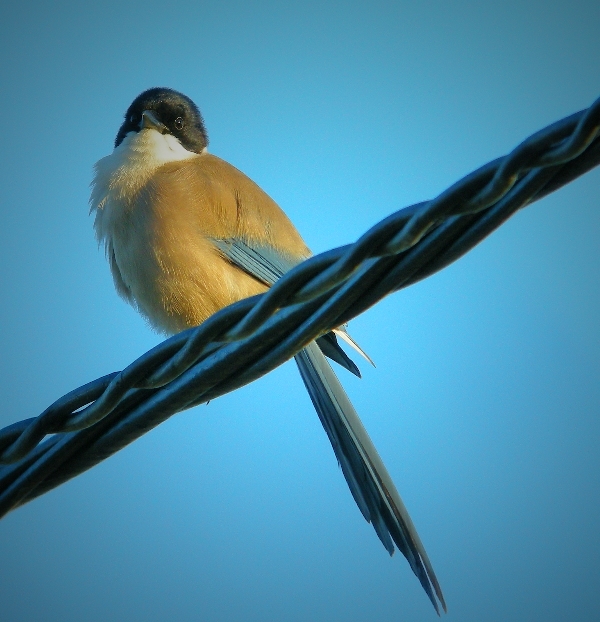 Iberian Magpie in the courtyard this morning 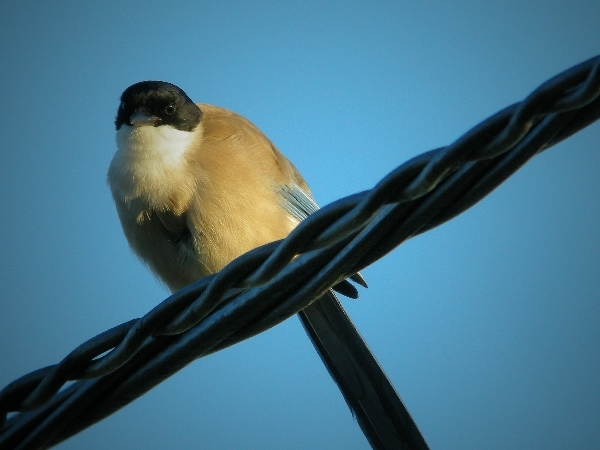 We packed our luggage onto the bus and said goodbye to the excellent staff at Finca Santa Marta and headed eastwards back towards Madrid. We planned to visit the Arrocampo Nature Reserve found just outside the Almaraz Nuclear Power Station. The reserve consists of a series of lakes with extensive reed-beds and great open areas where raptors abound. We had a terrific visit, all the birds on our wish list appeared, I never dreamed it was going to be as good as it was, birds were everywhere the sky always had something of interest flying by. 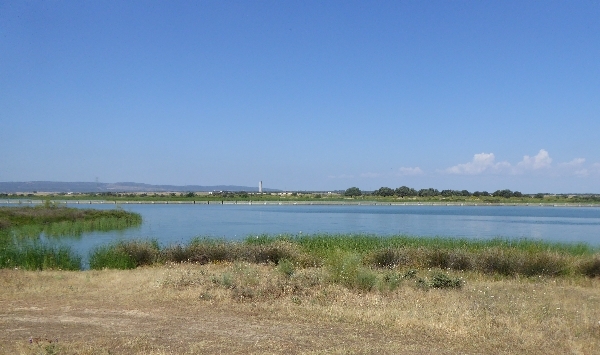 We parked just passed the open causeway that divides the two main lakes, from the minute we stepped out of the bus we started listing some great species. Purple Herons were flying over every couple of minutes, 3 Eurasian Spoonbills flew around for a while, a single adult Night Heron flew over twice. On one side of the causeway we could see a huge Egret nesting colony where hundreds of Cattle Egrets were joined by Little Egrets, a few Night Herons and we watched a single Squacco Heron fly over there. A couple of Great White Egrets and some Grey Herons conpleted our heron/egret list.

Raptors, well, they were ever-present wherever you looked there was something up in the sky, Marsh Harriers, Common Buzzards, Common Kestrel, Griffon & Black Vultures, there was always White Storks and  herons & egrets up there too!

Now for the little fellows, we heard Cetti’s, Reed, Great Reed and Savi’s Warblers with Common Nightingale thrown in and over the first hour we had Savi’s and Reed Warblers in the scope, marvellous. A Common Kingfisher chased off the Savi’s Warbler whilst we were watching it ‘reeling’. 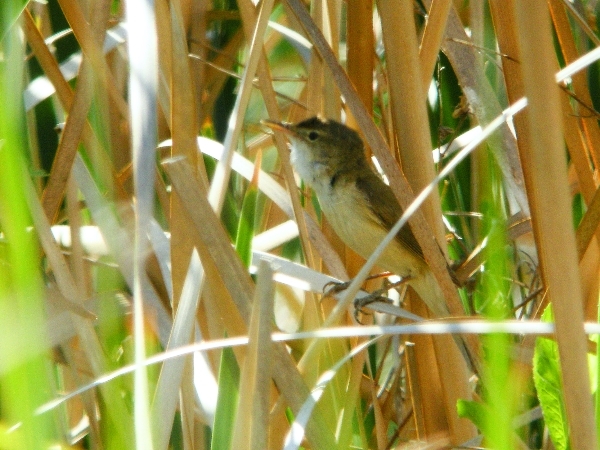 For the second part of our visit we drove to the three main hides near the visitor’s centre but we restricted our exploration to only two of them. At the first hide we watched Spanish Sparrow at close quarters and Great Cormorant, Common Moorhen and Great Crested Grebe more distantly.

It got more exciting at the next hide because we had superb views of Little Bittern, at least 4 birds were flying around or fishing from the reeds, fantastic views. We had to put some time in to get good views of Purple Swamphen but it was worth the wait for two of us, the others had sneaked off for a cold drink and tapas! 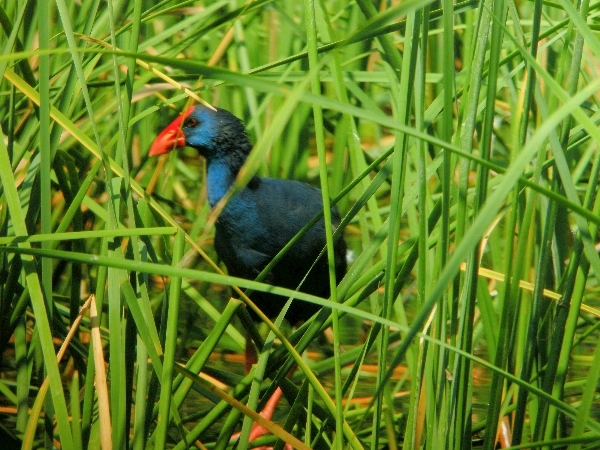 So we finished the morning on a high with all of our target birds in the bag, we drove to a restaurant to have lunch. From there we went straight to our next hotel on the edge of Monfragüe National Park, we checked in at 2pm and took a 2 hour siesta, it really was hot today.

At 4pm we drove into the park and visited the scenic mirador at Salto de Gitaño (gypsies leap) where vulture watching doesn’t come any better! We saw all three species of Vulture, Griffon, Black and Egyptian, we also watched two Black Storks high up and three chicks were in a nest below us. 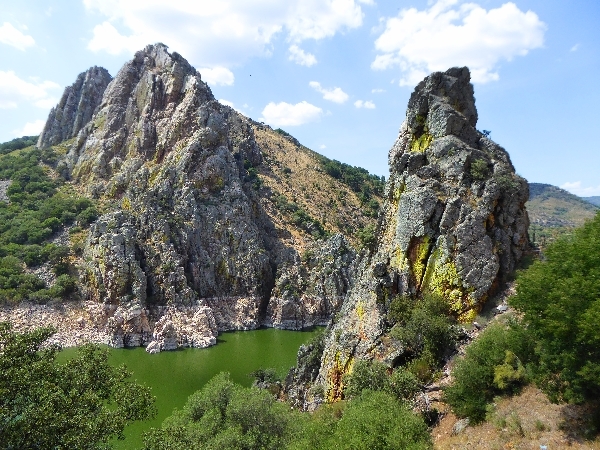 Crag Martins, Red-rumped Swallows, Blue Rock Thrush, Black Redstart, Black Kite, Common Raven and several common species were also noted. It took an effort to drag my team away from this site because there was so much to with very little effort, but I did! We visited the main bridge over the Rio Tajo which was just 1km along the road, we never got very far at all with my planned walk! The bridge provides nesting sites for hundreds of pairs of House Martins, also Swallows and Alpine Swifts, it was like watching a mass of swirling insects. 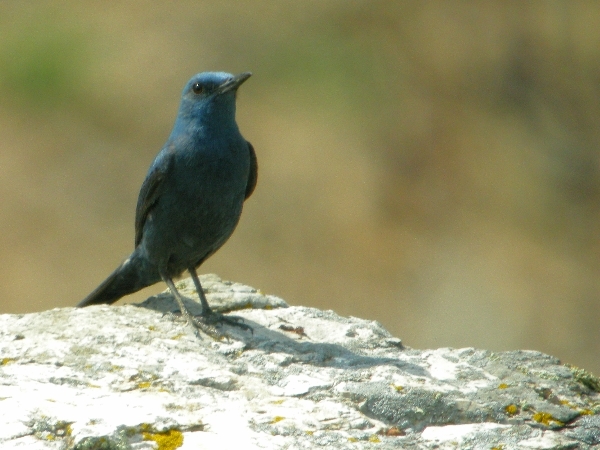 A famous natural spring called Fuente del Francés feeds water into a series of stone troughs from which a good number of birds were taking water. We watched the troughs for almost an hour and saw a number of species including: Great Tit, Blue Tit, Wren, Blackbird, Chaffinch, European Robin, Blackcap, Jay and the prize bird, Hawfinch. 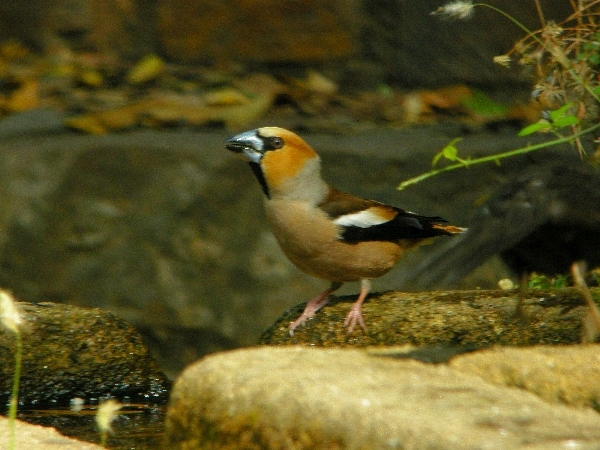 We returned to our hotel at 6pm and met again at 8pm for dinner.