It was for me another perfect morning as far as the weather was concerned, a clear sky, not a whiff of air and really good light. Two of the group joined me for an early morning walk down to a local lane. Crag Martins, House Martins, Barn & Red-rumped Swallows filled the sky with their aerobatic flight manoeuvres as they chased after anything that dared fly around the hotel. 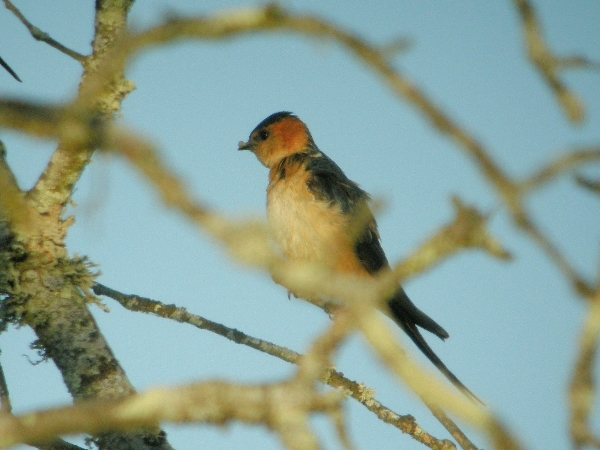 Generally it was quiet with very little bird song or calls but we managed a nice little list of common birds with a couple of goodies thrown in. Great & Blue Tits, Sardinian Warbler, Zitting Cisticola, Woodchat Shrikes, Iberian Magpies, Common Raven, Black Kite, Griffon Vulture and Common Buzzards were all the usual suspects whilst Orphean Warbler and Egyptian Vulture were the goodies. 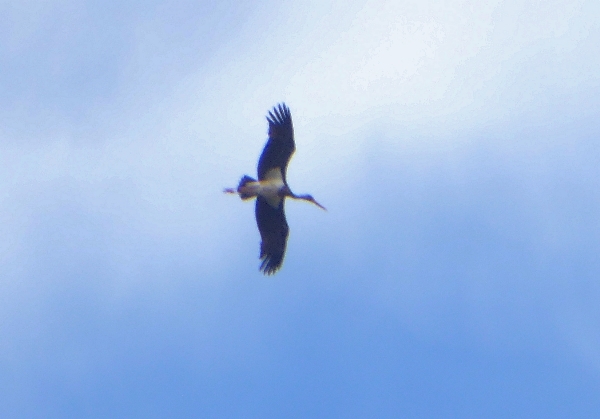 For our day out in the park we first visited the Castillo de Monfragüe but unfortunately for us groups from four local villages were having a fiesta in the chapel at the top, it was packed up there. Four of us made the journey to the top but we didn’t stay long. We searched the sky for WHITE-RUMPED SWIFT without success but we enjoyed the terrific views and the vultures below us! 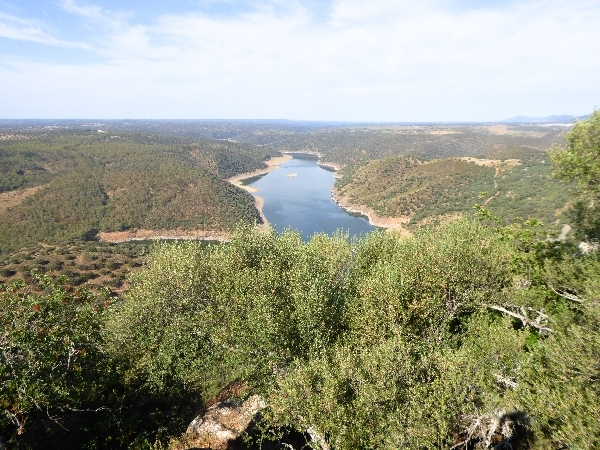 A view from the Castillo of the Rio Tajo

At the bridge over the Tajo we watched the hundreds of House Martins with a few pairs of Alpine Swifts and checked out every raptor just in case a ‘good’ eagle species came over. From there we stopped in the village of Villareal to buy lunch, there was another festival going on there, a live band, lots of stalls and crowds of people. 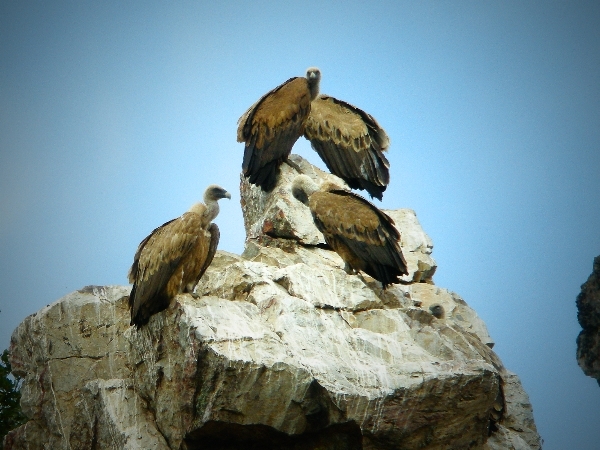 We arrived at Portillo del Tietar around noon, this is the site where Spanish Imperial Eagle usually breeds, apparently, they did not breed this year! We sat and had our picnic lunch before driving a little further on to the cork Dehesa woodland. Two of the girls joined me in search of new woodland species, it was hard going in the heat of the afternoon. A few pairs of Woodchat Shrikes, Iberian Magpie, Eurasian Jay and a single Bee-eater visiting a nest-hole was all we saw but we also heard Turtle Dove, Eurasian Hoopoe and Golden Oriole. We did track down a singing Orphean Warbler just as we got back to the bus and the two girls that remained with bus had actually seen a Golden Oriole! A Booted Eagle circled over us just as we were about to leave. 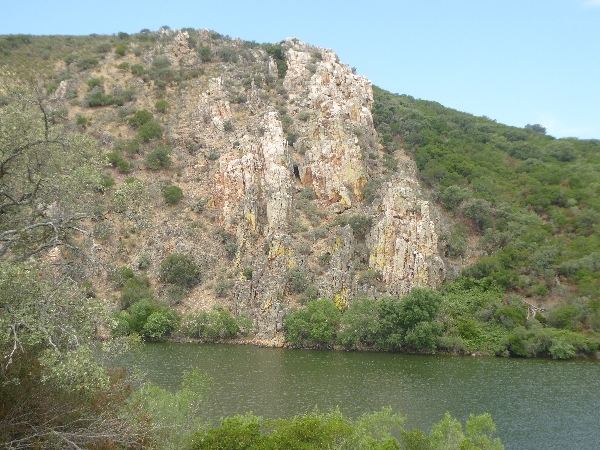 Driving back through the park we could see how busy it now was and how important it was for other functions to be available within the park boundaries, it all brings in much needed revenue. 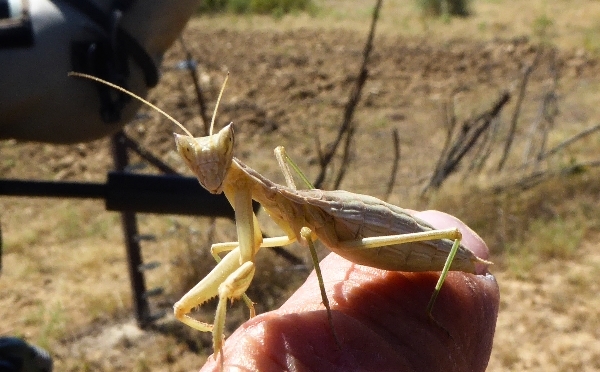 For the last hour we visited a site not far from Torrejon el Rubio where in past years a pair of Spanish Imperial Eagles have bred. We located the nest but it looked abandoned, there wasn’t an eagle in sight. Another day finished early, it was still very hot at 5pm.