The final leg of the tour was upon us, we climbed into the snow-capped Gredos Mountains through some outstanding scenery the weather was just superb.

After an 8am breakfast we had the bus all loaded up and we were on our way by 9:15am. Our route took us through part of the Monfragüe National Park where we made the obligatory stopped at the Salto del Gitano to watch the Vultures and to look for, without success, Peregrine Falcon, Rock Bunting and any ‘big’ eagle.

Our stop at the bridge over the Tajo proved to be the same, supposedly a haunt of the Bonelli’s Eagles, we searched in vain. We did however, enjoy the spectacle of hundreds of pairs of House Martins swarming like bees around their nests under the bridge. A ‘gang’ of 10 Black Kites lurked very closely to the nests of the Martins, drifting passed hoping to catch a careless juvenile for breakfast!

Alpine Swifts dashed about seemingly unperturbed by the Kites they looked fantastic in the morning light. We also watched the water trough at the Fuente de Francés, several birds came down to drink including a stunning male Hawfinch.

We left the park and headed north-westward to Plasencia passing out of the national park and around this large town. The Jerte Valley is the place to be if you like cherries, thousands of acres of orchards cover the hillsides on either side of the road. We stopped for coffee and to buy a tray of cherries. Along this verdant valley we notched up several raptors, both Red & Black Kites, Common Buzzard, Booted Eagle and Griffon Vulture.

A couple of stops were made at prominent bridges to look for Dipper, we saw both White & Grey Wagtails, Black Redstart, Eurasian Hoopoe, Eurasian Jay and Red-rumped Swallows, but not the Dipper. 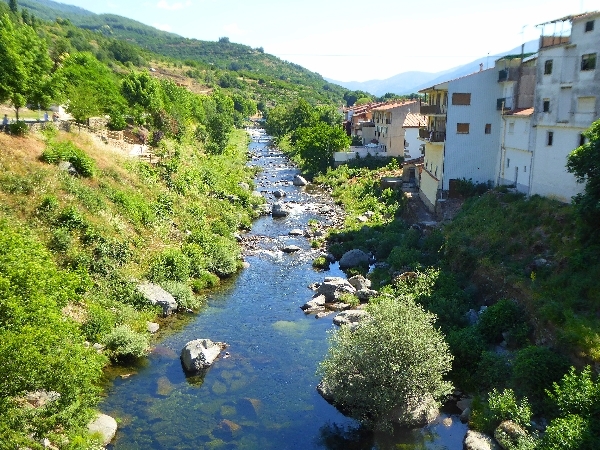 the river at Jerte - we couldn't find a Dipper here

We had lunch just passed the village of Jerte, a short drive up into the mountains found us in a stretch of oak woodland and a quintessential babbling brook. A short walk delivered a few nice sightings, Green Woodpecker, Blackcap, Rock Bunting, Eurasian Nuthatch, Short-toed Treecreeper and lots of Chaffinches. By far the best sighting was of a distant GOLDEN EAGLE, if was fairly high up when we found it and it was being mobbed by a couple of Common Buzzards which looked miniscule besides the eagle, smashing. 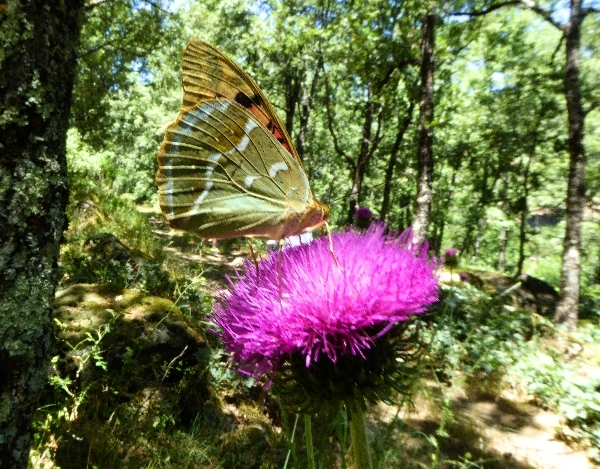 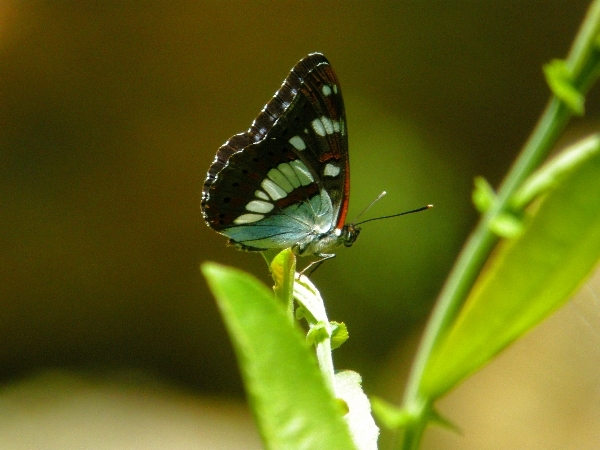 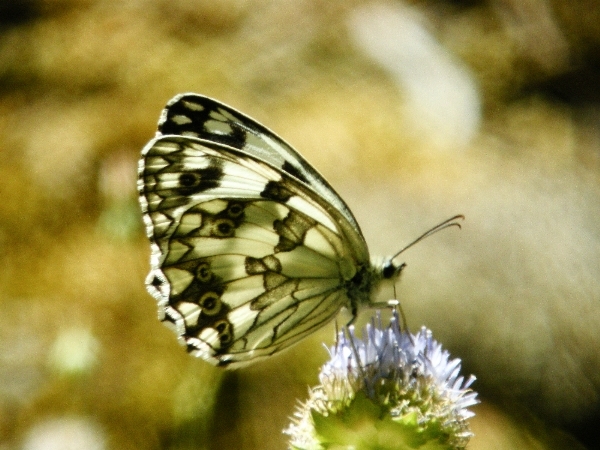 As we turned into the foothills of the Gredos Mountains we could see small patches of snow higher up, it was a lovely temperature, we had lost the stifling heat of the Extremadura plains. We made at least four more stops before arriving at our hotel and several impromptu road-side stops to look at birds perched on wires and bushes. We saw Woodchat Shrike, Common Whitethroat, Melodious Warbler, Common Stonechat, Northern Wheatear and Carrion Crow. 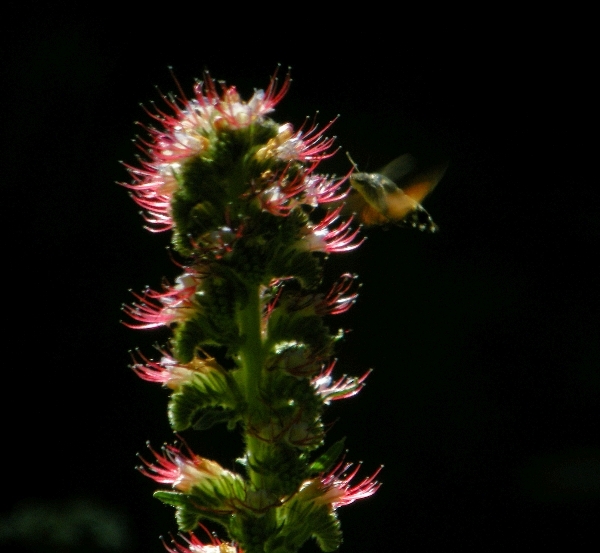 At Hoyos del Espina we stopped at a bridge to look once more for Dipper, but once again we dipped, but both White and Grey Wagtails performed well and we saw Coal Tit, Blackcap, Great-spotted Woodpecker and several common woodland species.

We arrived at the hotel, the historic Parador de Gredos, the first of the paradors which was established in the 1920’s. The hotel sits in pine forest and the views from the rooms are at tree-top level. A fifteen minute vigil from my hotel room window produced sightings of: Crested, Coal & Great Tits, Black Redstart, European Serin, Chaffinch and a Wood Pigeon, I think I’m gonna like it here! 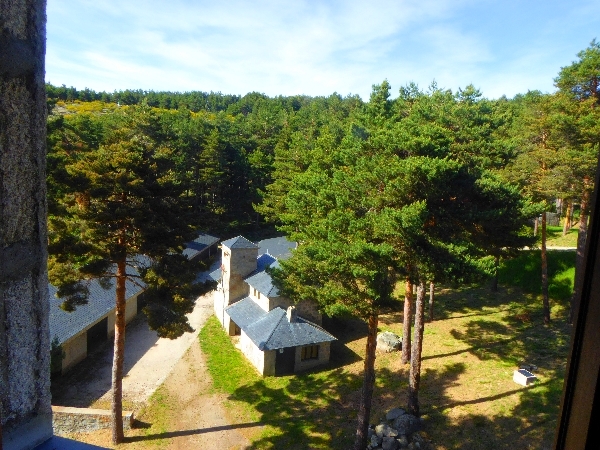 the view from my window at the Parador de Gredos

Dinner was a massive affair, huge portions of lovely food, too much! Three of us went for a Nightjar walk afterwards but never saw a sausage!