WEATHER: Cloudy to start, then sunshine all day, no wind. Top temp 28C

What a superb birding day we had today, the scenery was breath-taking, the wildlife spectacular and the weather was just glorious. We had the best bird-watching of the tour by far as we added several excellent sightings to our list.

An early morning walk around the hotel grounds before breakfast proved to be very productive despite overcast conditions and a chill in the air, it was only 9C. We quickly noted all the common hotel birds with Black Redstart singing on the roof, Serins dashing all over and often singing from telephone wires, also Coal Tits were as abundant as Chaffinches, Blue Tits and Great Tits. Crag Martins breed in the roof of the main building whilst Red-rumped Swallows had built nests in a couple of out-buildings. 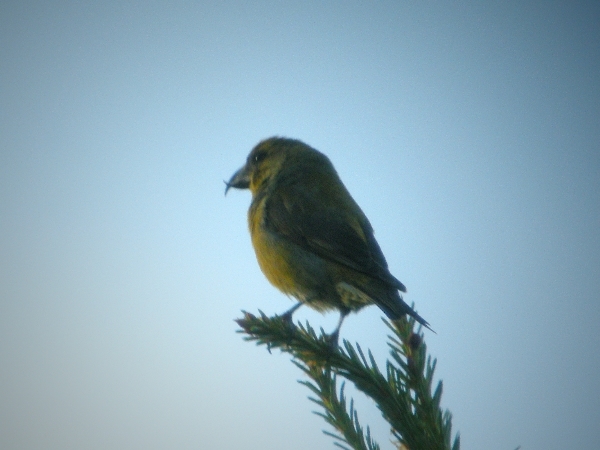 Before long we found a few new species for the list with sightings of Crested Tit, Rock Sparrow and Goldcrest. We also found Eurasian Nuthatches, a family party of Common Crossbills, Great Spotted Woodpecker and we heard Green Woodpecker.

The remainder of the morning was spent visiting the higher levels on the path to the Platforma de Gredos, a 12km road leads you through some stunning scenery from Hoyos del Espino. We stopped many times on the way up where we watched brightly coloured Linnets, Goldfinches, also White, Grey and Yellow Wagtails, our first Red-backed Shrikes. Common Whitethroat, Dunnock (a very dark mountain, subspecies) and we found Common Marsh Orchids. 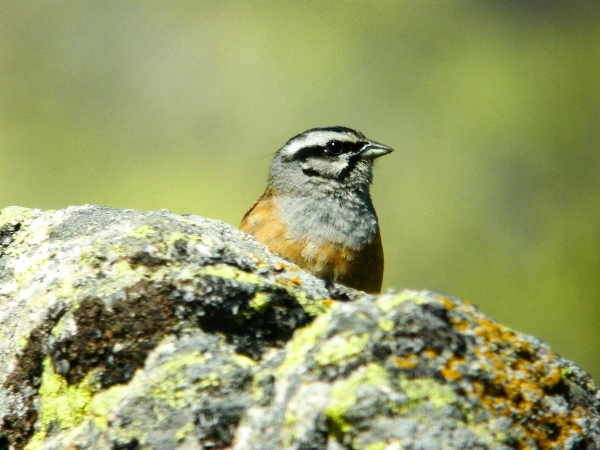 As we got higher the trees gave way to broom scrub which was in flower and gave a beautiful bright yellow carpet to the hillside. It was as we neared the top car park that some really nice sightings started to occur with Rock Buntings showing very well, Ortolan Buntings singing from rocks and a stunning male Common Rock Thrush stood on a rock about 5 meters from the bus. What a fantastic bird, we found another one in the car park along with more Black Restarts, Crag Martins, Northern Wheatears and we scoped a herd of Spanish Ibex high up on the peaks. Rock Buntings replaced sparrows in the car park, they were everywhere. 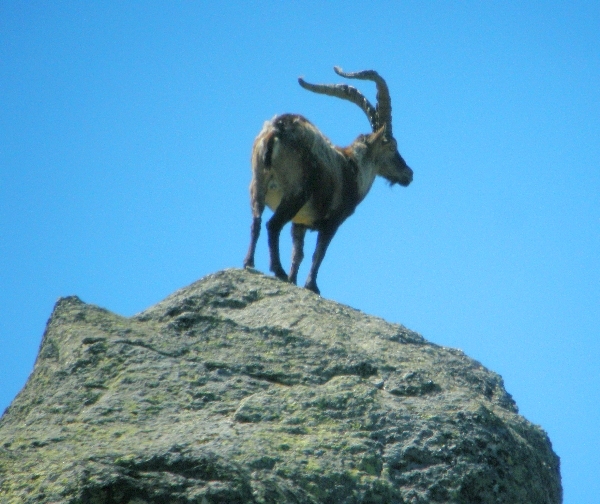 Spanish Ibex - the iconic mammal of the Gredos Mountains 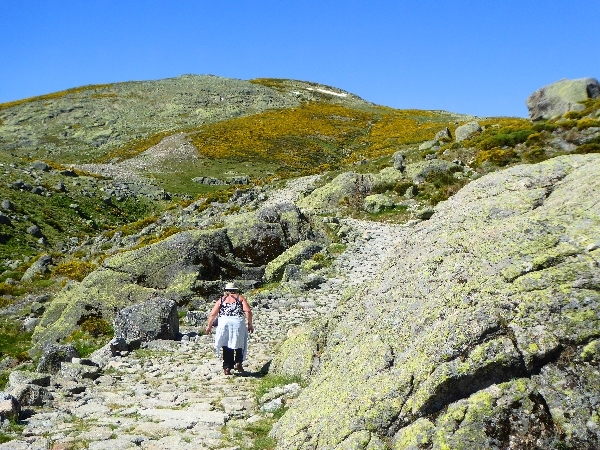 Barbara - bless her cotton socks, made it to the top with grim determination, hats off!

We spent an hour walking up the main path towards the ‘Laguna Grande’ taking our time and getting better and better views of the main target species. During this walk we added Common Raven, Booted Eagle, Griffon Vulture and Common Buzzard to the day list. A Schreiber’s Green Lizard sighting was a first for me and the butterflies were just amazing, the Small Tortoiseshell appeared in the hundreds.

THREE OF THE TOP BIRDS OF THE HIGH GREDOS MOUNTAINS 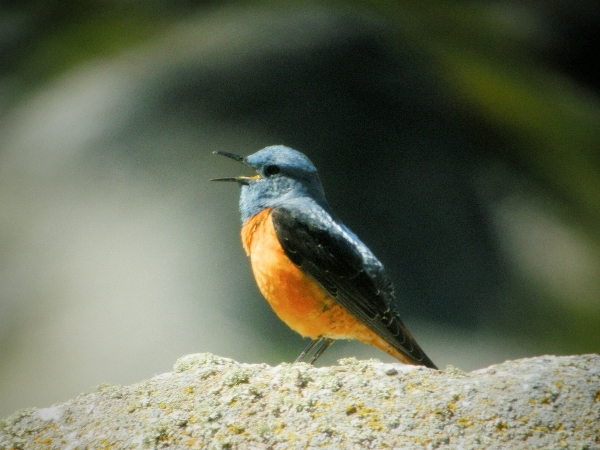 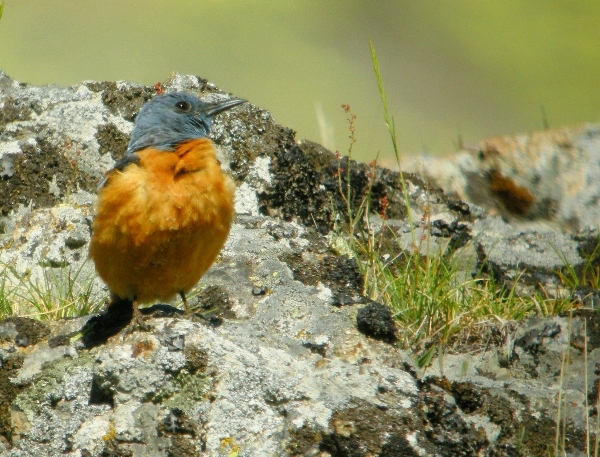 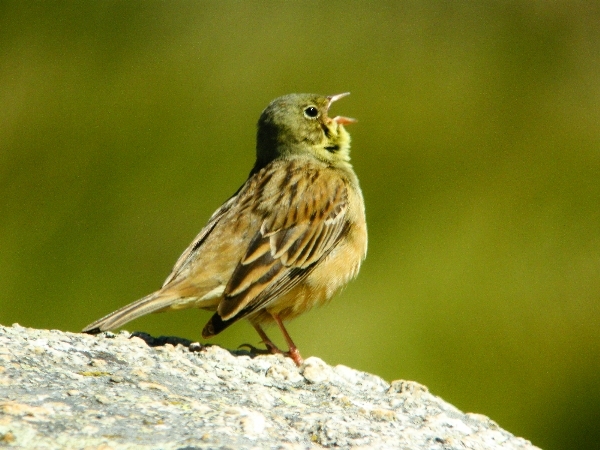 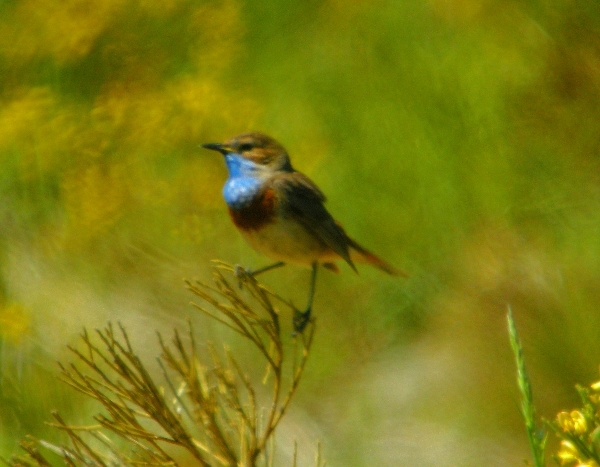 We approached an area covered in flowering broom as this is where our main target species could be found. A stunning and most beautiful male BLUETHROAT rose up from the broom to perform its display flight and sing a happy tune. What a superb sighting, we watched this bird for 30 minutes as it performed over a large territory, never landing too close to us, but perching right out in the open. 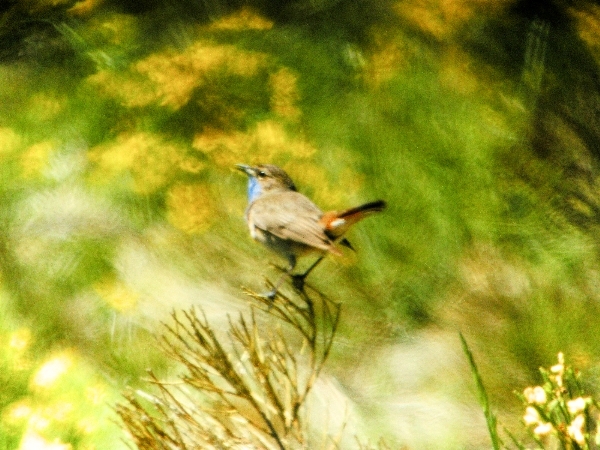 During the ‘bluethroat’ stakeout we also saw Water Pipit, Skylark, more Dunnocks (a species you would never expect to see at 2,000 meters above sea-level) and closer views of Ortolan Buntings and we saw 3 more Common Rock Thrushes. 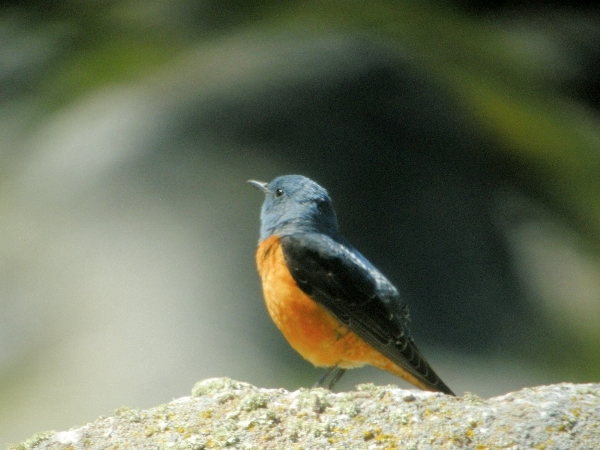 Eventually we had to leave, we made our way back down to the car park where we ate a picnic lunch in lovely sunshine. Next we drove back down the valley to look for Citril  Finch and one or two other species, my group was tired out after their epic morning walk so it was hard to get them to walk much more. We did walk in a pine woodland near a camp site where we found the Iberian Pied Flycatcher, a family party of Short-toed Treecreepers and good numbers of Coal Tit, Jay, Chaffinch and there were plenty of butterflies to look at. 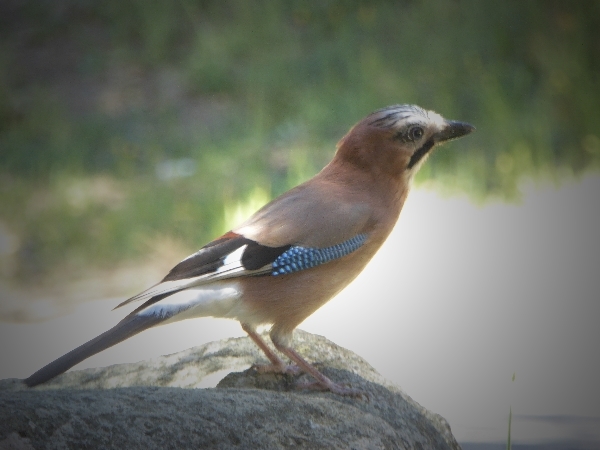 After a coffee break we drove to some open meadows where one or two of walked in search of the ‘Finch’. We saw two of them very briefly, but they flew off before I got them in the scope, Serins were very common there also Wagtails and Black Redstarts. 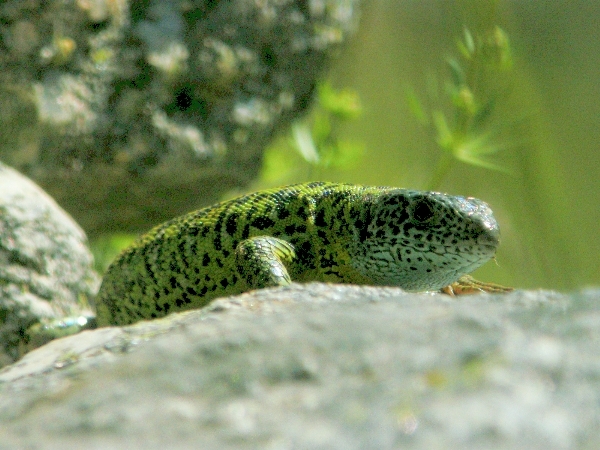 Schreiber's Green Lizard - a first for me! 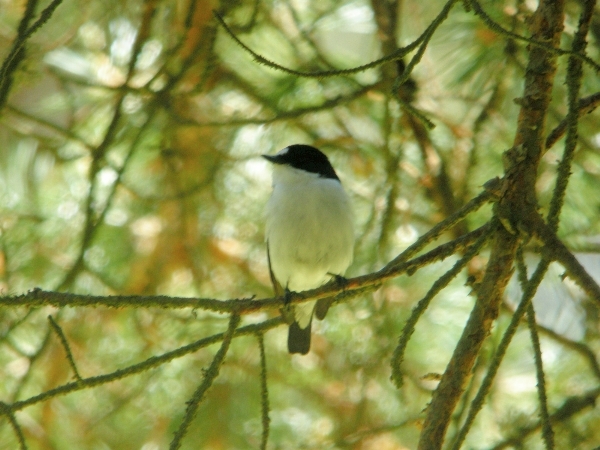 We got back to the hotel around 5:30pm and after a leisurely break we met again at 8pm to complete our checklist. After another lovely dinner three of us went out to look for nightjars. We eventually saw a single Common Nightjar and we heard a Scop’s Owl, it 11pm when got back to the hotel, it had been a long but fantastic day!