Our first morning went like a dream except for the delayed arrival of one flight. Four of us had arrived last night and met up for breakfast and then at 11am we drove to the airport to collect the other four participants, they arrived 25 minutes late but by 12 noon we were on our way.

We had already logged a reasonable number of species before we met up with the other four group members, Common Swift, White Stork, Monk Parakeet, Eurasian Magpie, Collared Dove and lots of House Sparrows,

The journey out to Extremadura was a 2 hour drive which was extended by our lunch stop at the  half way point. We added Black Kite, Montagu’s Harrier, Spotless Starling, Iberian Magpie and Common Buzzard to list along the way.

Our first official birding stop was just 30km from Trujillo at the heath just Above The small village of Jaraicejo. Surprisingly our target species showed very quickly and very well. We saw both Spectacled and Dartford Warblers very well in the3 scope and bins, both were very active and very obliging. 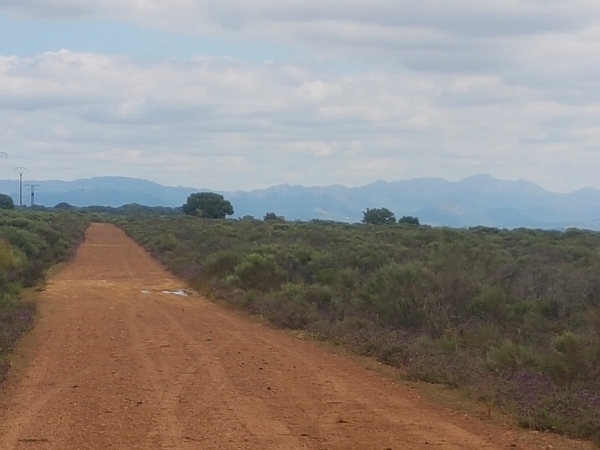 Also in the area we saw Thekla Lark, lots of Corn Buntings, an Iberian Shrike, Booted Eagle, Black Vulture and more Black Kites. We then drove the short distance of 3km down to the Roman Bridge just below the village. From the bridge we listed  a good number of species including: Crag Martin, Bee-eater, White Wagtail, Spanish Sparrow, Common nightingale, Woodchat Shrike, Griffon Vulture and Common Stonechat. 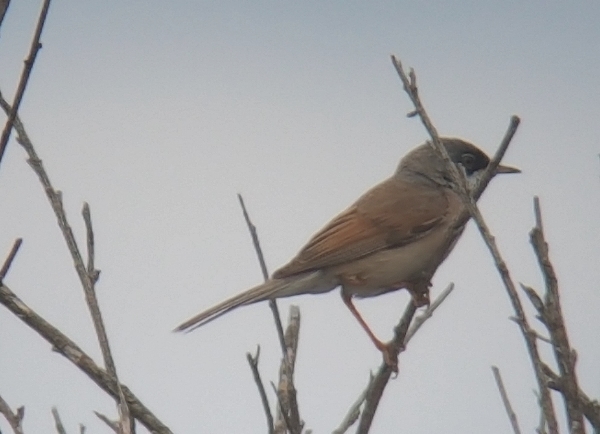 record shot of the Spectacled Warbler 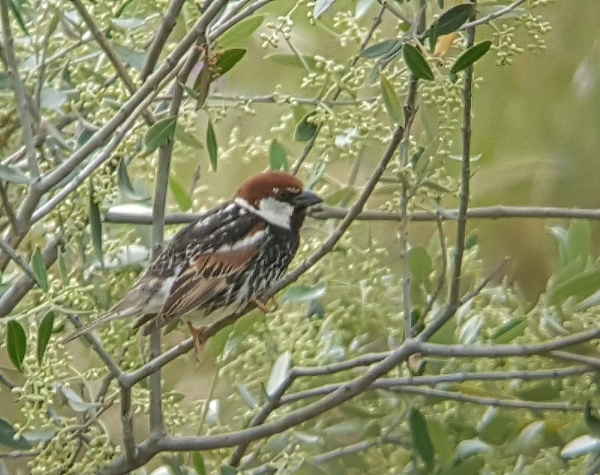 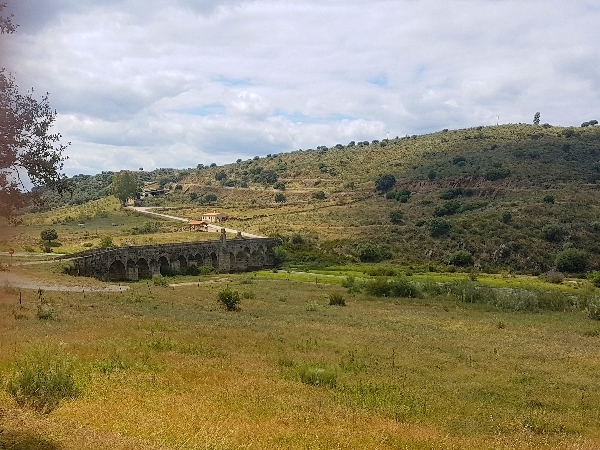 a view of the Roman Bridge

At 4:30pm we left the area and drove to our accommodation at Finca Santa Marta which is found just 14km south of Trujillo. What a wonderful, peaceful, place is Finca Santa Marta, I love it there. A Woodlark sang to us as we got out of the bus, we found it flying very high up above us.

We settled into our rooms, had a quick cuppa, before setting off at 6pm for a short walk along one of the many tracks found on the finca. Several new species were added to the list, Melodious Warbler, Zitting Cisticola, Greenfinch, Golden Oriole, Red-rumped Swallow and Sardinian Warbler spring to mind.

We called it a day at 6:30pm and returned to our rooms to prepare for our dinner at 7:30pm which was delicious, the wine wasn’t bad either. A lovely ending to a great start to our tour of this wonderful place.