WEATHER: overcast for most of the day, it very cold all day, when is summer going to arrive?

After our 7am breakfast we set off at 8am and headed into Trujillo, our first stop was at the small pool just south on the Mandroneros road. We saw Little Grebes, Black-winged Stilts, Coots, Moorhens and Little Ringed Plovers with the dozens of Mallards. 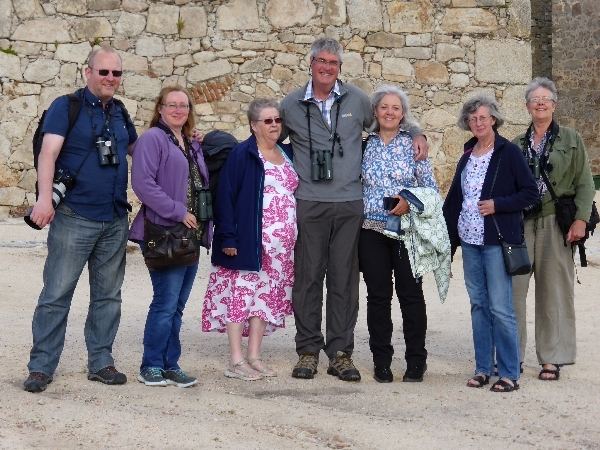 From Trujillo we drove onto the plains near Santa Marta, hoping for a sighting of at least one species of Sandgrouse. We found both Great and Little Bustard as well as the usual Black Kites, Common Buzzards, Griffon Vultures and hundreds of larks. A SPANISH IMPERIAL EAGLE sat on a rock out in a distant field giving great in-the-scope views. 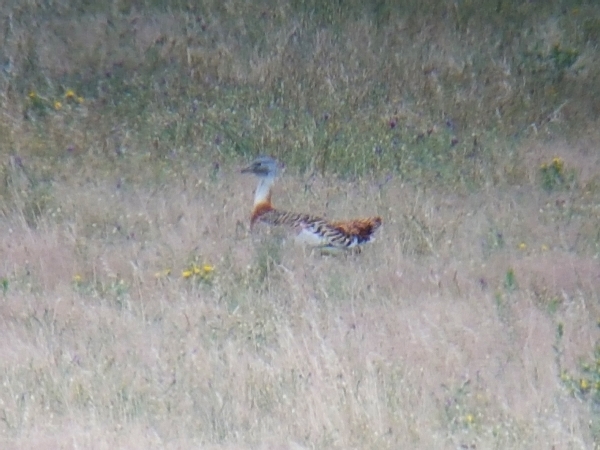 We stopped for coffee and to buy our picnic supplies in Santa Marta before heading off towards Monroy. At the Rio Magasca we parked near a bridge and scanned the river from there. We quickly found a Red-legged Partridge, Crag Martin, House Martin and Long-tailed Tit. 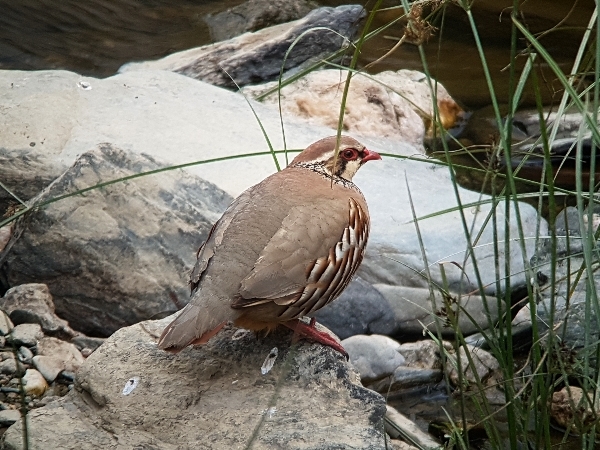 We spent more time scanning the fields for sandgrouse and Stone Curlew before arriving at another bridge where we decided to have lunch. We watched more Vultures, Booted Eagle, Common Buzzard and a few common passerines before driving to the main road to Cáseres and stopping at the bridge over the Rio Almonte. 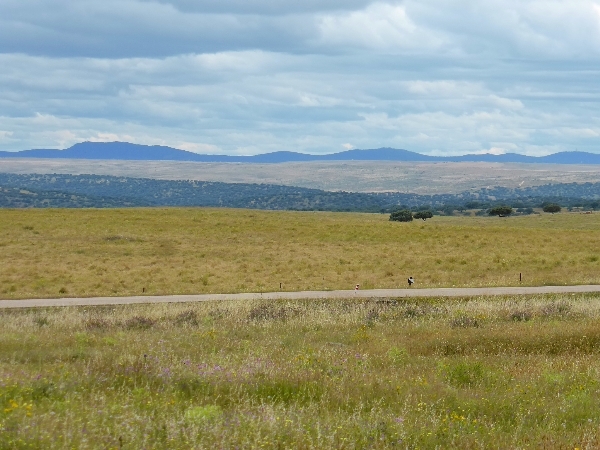 The grass plains around Santa Marta and Monroy

What a fabulous and an unspoilt place, we walked down the very old and abandoned road towards the river, the verges were covered in wild flowers, the number of red poppies was amazing. We found several butterflies including new species for our list that included: Cardinal Fritillary, Marbled Skipper, Brown Argus, Cleopatra and Small Skipper. 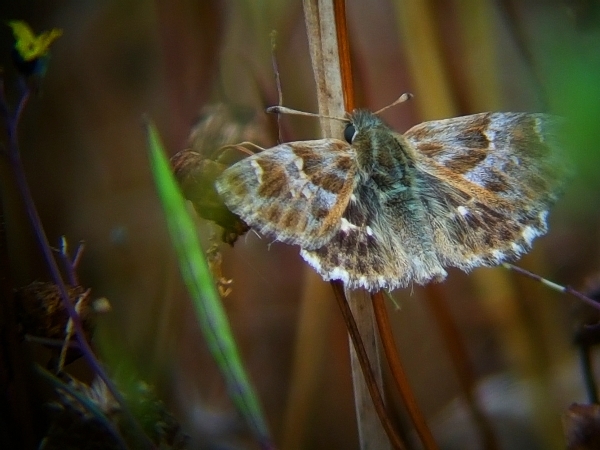 Our target bird, the Black Wheatear, was found within minutes, in fact, a whole family party was discovered. We also found Melodious Warbler, Blue Rock Thrush, Little Ringed Plover, White Wagtail, Common and Alpine Swifts, Red-rumped Swallow and some Linnets. We spent a good two hours enjoying this wilderness, the sun came out in brief spells and warmed us up a little. 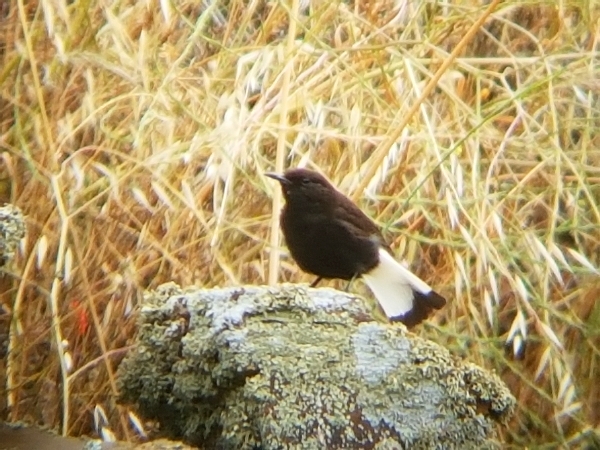 For the last two hours we drove from Monroy to Trujillo after a stop in the village for another coffee and an ice-cream. The fields and grasslands between Monroy and Trujillo produced many sightings for us. A Montagu’s Harrier sat on a fence at the roadside, we saw yet another Little Bustard, also dozens of raptors. A Spanish Imperial Eagle drifted over us at some point, sightings of this bird were now becoming frequent and we had become somewhat blazé with our numerous sightings. 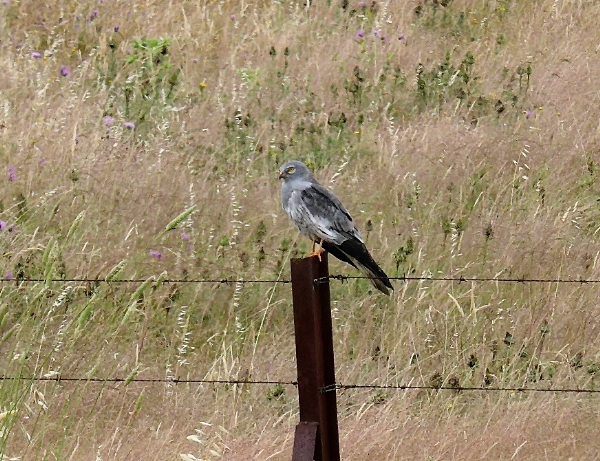 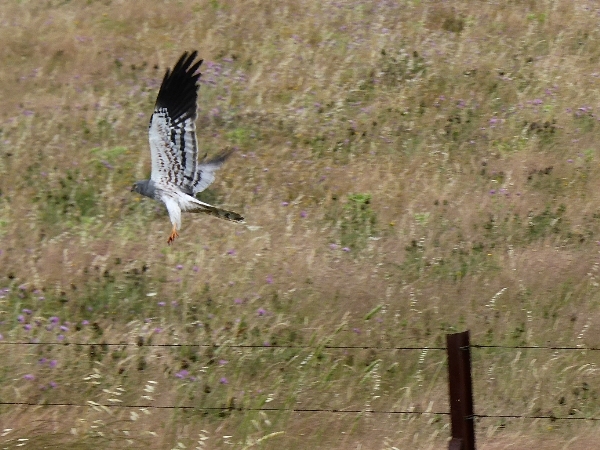 Bee-eaters, Hoopoes, Woodchat and Iberian Shrikes were all seen as we travelled across to Trujillo, our frequent stops also produced a number of Little Owl sightings it is nice to see that the population of these little fellows is doing well. 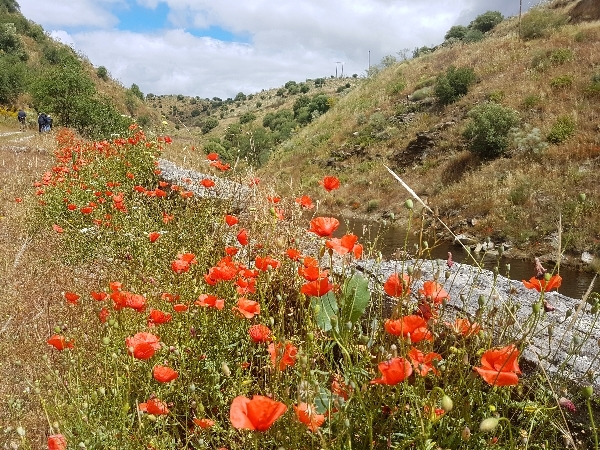 We arrived back at the finca around 5:30pm and dinner was taken at the usual 7:30pm. Our last night here was enjoyable the food was as good as ever. Out bird-log was called, we have now seen 120 species, another 30 species may be added during the two days we have in the second part of the tour, the Sierras de Gredos.