TRANSFER FROM TRUJILLO TO THE PARADOR DE GREDOS WITH STOPS AT PEÑA FALCON AND HEVES ROAD IN THE JERTE VALLEY. ALSO BIRDING THE GROUNDS OF THE PARADOR

WEATHER: yet another cold day with an overcast sky and a very chilly breeze

Yes once again we awoke to an overcast sky very cool conditions and a little rain in the air, whatever happened to ‘flaming June’?

We took breakfast at 7am and set off at 8am having said goodbye to the staff last night. Our route to the Sierra de Gredos  took us through Monfragüe National Park so we stopped at the Peña Falcon (also called Salto del Gitano – gypsies leap) rock face to look for Peregrine Falcon. It was a little brighter when we got there and as usual a host of vultures were in the air waiting to greet us. 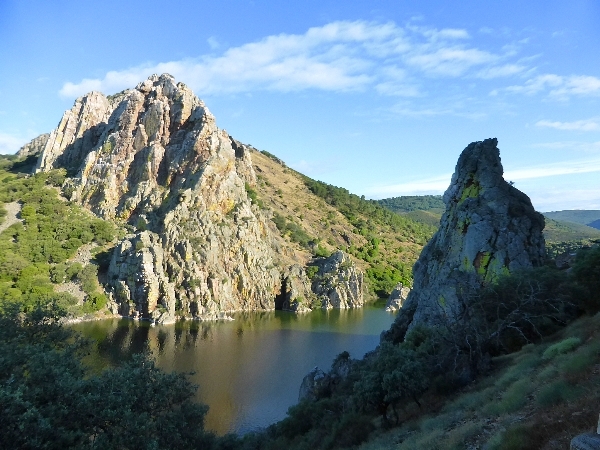 A view of the Pena Falcon rock pinnacle

Our visit produced some nice sightings but no Falcons, we saw all three species of vulture, Black Stork, Blue Rock Thrush and some very obliging Black Redstarts.

We continued up through the park towards Plasencia stopping to look at Short-toed Eagles perched on pylons, one of them gave a very good impression of a Bonelli’s Eagle and had me fooled for a little while. 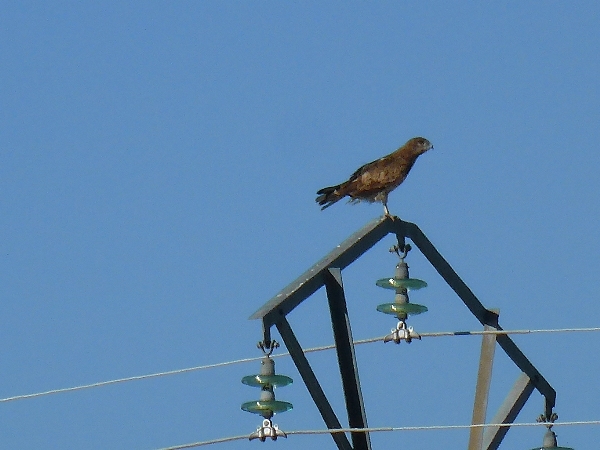 Passing through Plasencia we drove up through the Jerte Valley stopping for coffee and to look at the Rio Jerte hoping for Dipper and Wagtails. We then turned onto to a side road that led us up into the wooded hills about the town of Jerte. The birding there was excellent, we spent an hour or so not going very far and enjoying views of Lesser Spotted Woodpecker, Eurasian Nuthatch, Short-toed Treecreeper, Common Chiffchaff and several common species we even saw our first Robin of the trip. 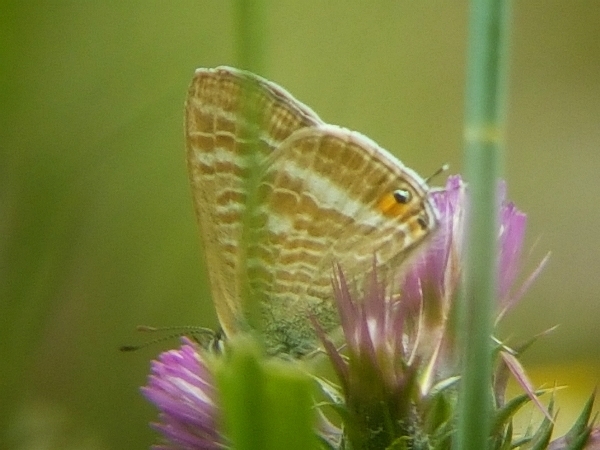 Just before we reached El Barco de Avila we stopped at another bridge for a second attempt at seeing Dipper. This time we were successful, in fact it was a great stop. We walked along a lane towards a new nature trail and found several new species for the trip. An obliging Western Bonelli’s warbler showed very well for all of us, so did a pair of Coal Tits, they were feeding young. Walking further we came to the Tormes River just as a Honey Buzzard came out of the trees and circled right above us, it was an amazing sight, the cameras were clicking on that sighting. 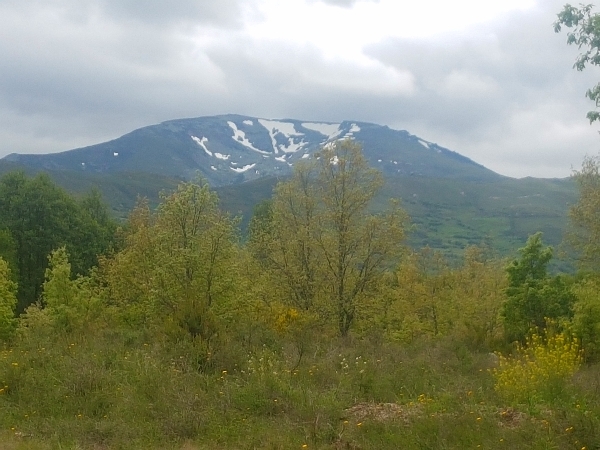 Before we left we also found a family party of Long-tailed Tits, Grey Wagtail, a distant Green Woodpecker and Common Chiffchaff. The Bonelli’s Warbler was visible again as we returned to the bus.

Our arrival at the Parador de Gredos was at 3:30pm and 30 minutes later we were all checked in and back out in the car park ready for some ‘local’ birding in the grounds of the hotel. A pine forest surrounds the hotel and a few clearings are visible from the main road, we had a great time and didn’t have to venture far. We found Black Redstart, Serin, Great Spotted Woodpecker and Coal Tit in the gardens and our short walk along the main road produced a number of sightings of species all new for our list. Some very close encounters were made with Crested Tit and Goldcrest, we also has superb views of Coal Tit and a pair of Green Woodpeckers. Carrion Crow was new for the list and one of the group found a couple of Red-billed Chough. The best sighting was of a male Pied Flycatcher, this Iberian subspecies looked stunning in its dull surroundings. 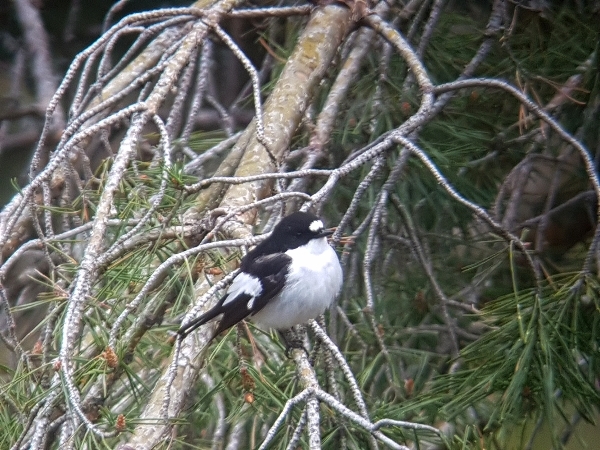 It was cold with a very cold breeze but we continued our birding by jumping in the bus and driving down to the nearest village, turning onto a lane that led us to an area of open meadows. There we found a small colony of Rock Sparrows, also a pair of Iberian Yellow Wagtails showed well.

We drove further into the valley down to the edge of the Gredos Provincal Natural Park, but the cloud got thicker and it began to rain. We managed to watch a few Serins on the roadside but failed to find Citril Finch, perhaps tomorrow?

Dinner was served at 8:30p, it was delicious and there was plenty of it, the menu choice was excellent. We called it a day at 10pm.