Isn’t that just typical, the weather makes a vast improvement just as we are heading for home! However, we did have a few hours to spare before we had to leave the Gredos so we made the most of it.

At 7am we met up outside the hotel and loaded up into the bus for our last birding excursion, it was still cold but we had almost a clear sky above us. We drove down into the nearest village Navarredona and turned off the main road heading towards the River Tormes. 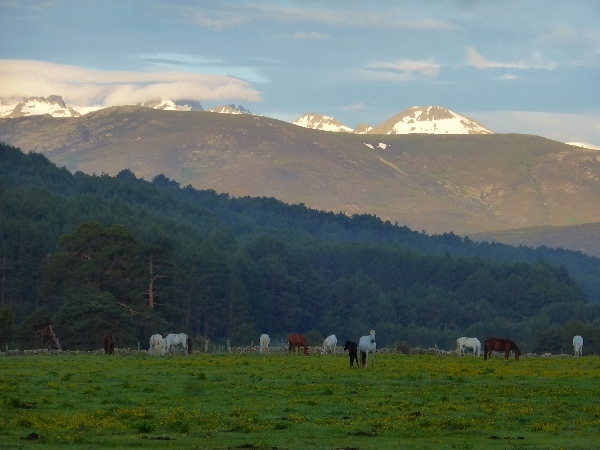 The meadows below the village of Navarrendonda

The lush meadows along the river are good for many species but we wanted to find a Cirl Bunting so we searched the scrub at several places hoping to find one. Many species were found but not the Bunting, nevertheless, we enjoyed good views of Common Whitethroat, Serins, Yellow Wagtails, Black Redstarts, a flock of some eight Mistle Thrushes and lots of common species.

We then headed up to the Plataforma de Gredos to see if we could get better views of Water Pipit as some of the group had only fleeting views of them so far. We made a few stops along the way to look at other species including Rock Sparrow, Eurasian Hoopoe, Common Stonechat, Ortolan Bunting, Rock Bunting, Corn Bunting, Common Whitethroat, Red-rumped Swallows and Crag Martins. 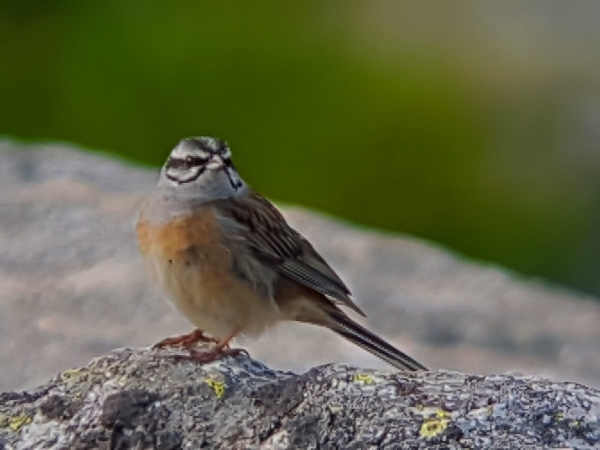 At the Plataforma car park we found the Water Pipit which sat on a rock very close the bus, it was carrying a beak-full of food so we didn’t want to stay long and prevent it from feeding its young. We concentrated on other species nearby watching Ortolan Bunting, Rock Bunting, Yellow Wagtails and Dunnocks. 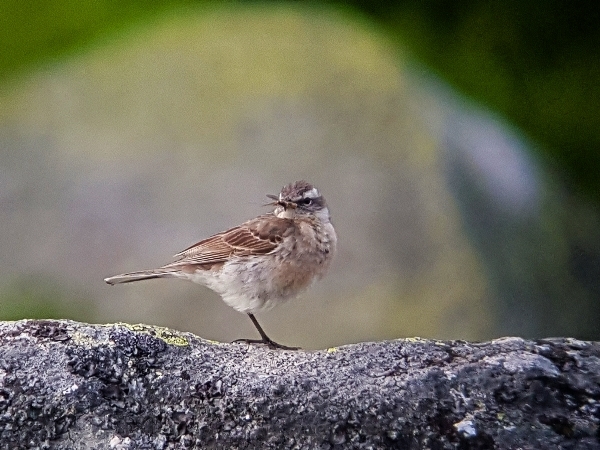 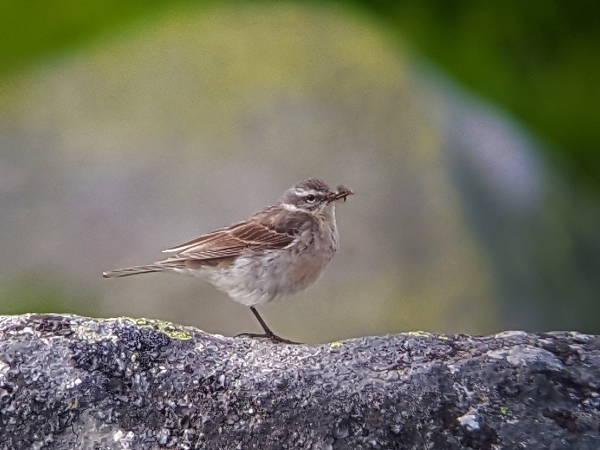 At 9am we returned to the hotel after collecting picnic supplies in the village, we met up again at 10am with our luggage. A Eurasian Sparrowhawk circled overhead giving us our first views of this species on the trip. We also noted Griffon Vulture, Booted Eagle, Black Kite and Common Buzzard.

The first part of our journey to Madrid was through some wonderful scenic landscapes, we stopped a few times to look at perched birds noting; Short-toed Eagle, Red Kite, Red-backed Shrike, Common Whitethroat and lots of Corn Buntings. 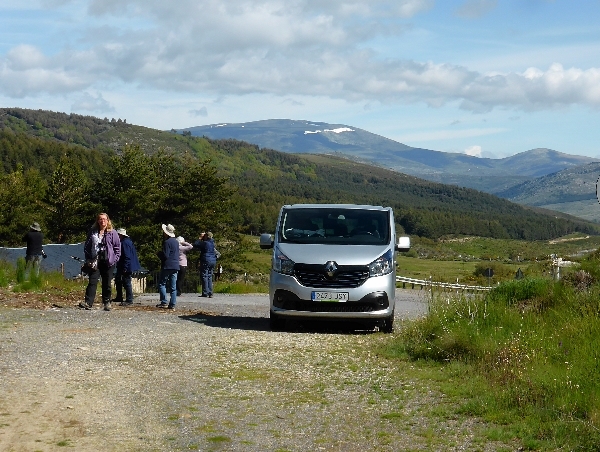 the group watching the Tree Pipit shown below 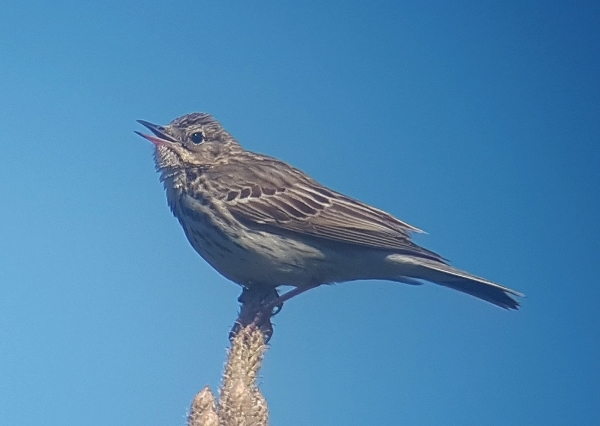 At one regular stopping places of mine we looked for Golden Eagle as we were doing so we found a Tree Pipit which was new for the list as well as Western Bonelli’s Warbler (heard), Long-tailed Tit, Blue Tit and Coal Tit. The sky was empty of raptors except one Booted Eagle, so we concentrated on other wildlife: we saw Schreiber’s Green Lizard, Queen of Spain Fritillary and several other butterflies.

Our lunch stop turned out to be a ‘find the Orphean Warbler’ expedition, the habitat was right, oak Dehesa, so we made an effort to see one. Finally, one sang close to the track we were on, but despite searching the tree that the bird was in only two of the group actually saw it. We ate lunch on the road just after.

No more stops were made we drove straight to Madrid Airport noting several European Rollers lots of White Storks, Cattle Egret, Grey Heron, Spotless Starling and more Corn Buntings than you shake a stick at.

The official trip was over at 2:30pm. I dropped off four of the group at the airport, one at a hotel nearby and that left three of us. We decided to kill a few hours by visiting El Pardo, a country park on the northern border of Madrid. We spent a couple of hours enjoying a good number of species including: Bee-eater, Golden Oriole (h), Eurasian Hoopoe (h), Reed Warbler, a lovely male Little Bittern, Long-tailed Tits (15 in one flock) and lots of other species. 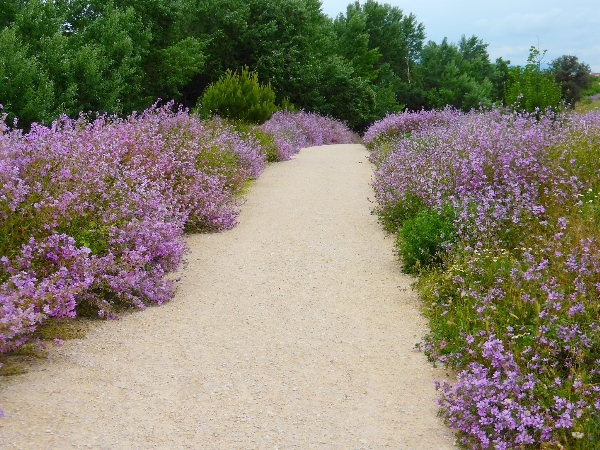 the abundance of Common Mallow at El Pardo was incedible

At 5:30pm I dropped the last two off at a hotel on the outskirts of Madrid, then I returned the bus and went to the airport for my flight home.