Our second day on the East Coast based in Scarborough started off wet but it soon cleared and we had some sunshine. Nigel and I went just after breakfast, we visited a large ornamental lake called the ‘Mere’ on the edge of Scarborough. A quick walk around the edge of the lake provided many sightings, the water was covered with Ducks, geese. Swans and waterfowl.

Many birds loafed around waiting to be fed, we saw Canada and Greylag Geese, Tufted Duck, Mallard, Mute Swans, Moorhen and Coots, but no grebes. In the wooded around the lake we saw a few common garden birds and heard a Nuthatch.

We then drove back to meet Mike and Lorna, they met us outside our guest house at 9:30am and all four of us set off on the bus. We drove southward to Filey which was a few minutes away and Filey Dams Nature Reserve was easy to find. 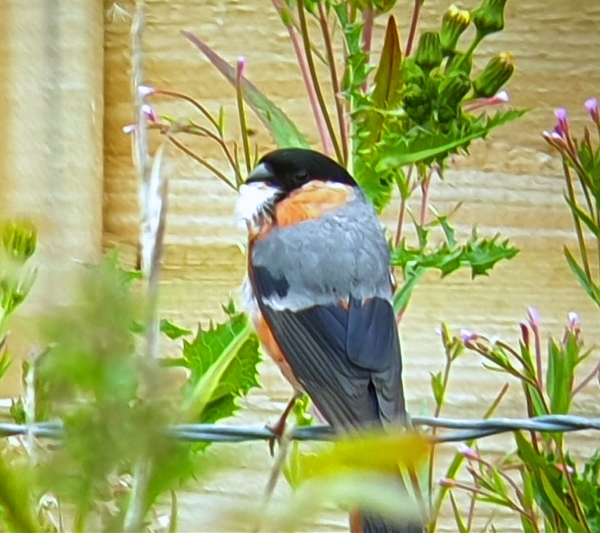 What a lovely, pleasant little reserve is Filey Dams, a large reed-fringed lake, has islands and wader scrapes, a nice boardwalk leads you three good sized hides it was just smashing. The potential of attracting good birds was very high, Filey dams has recorded many rare birds in the past. 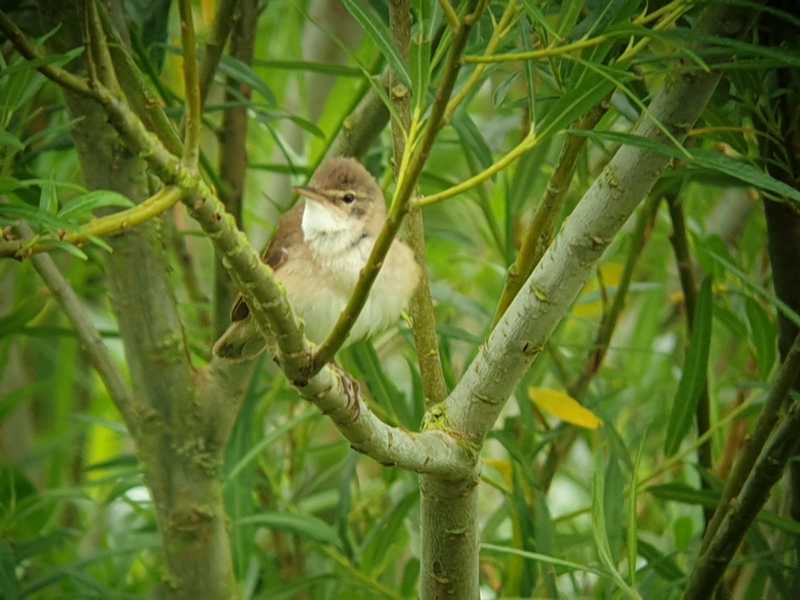 We saw quite a few species there including: Mallard, Teal, Grey Heron, Oystercatcher, Coot, Moorhen, Sedge and Reed Warbler, Bullfinch and the ubiquitous Tree Sparrow. Many nest boxes were occupied by the Sparrows and the trees seemed full of them. 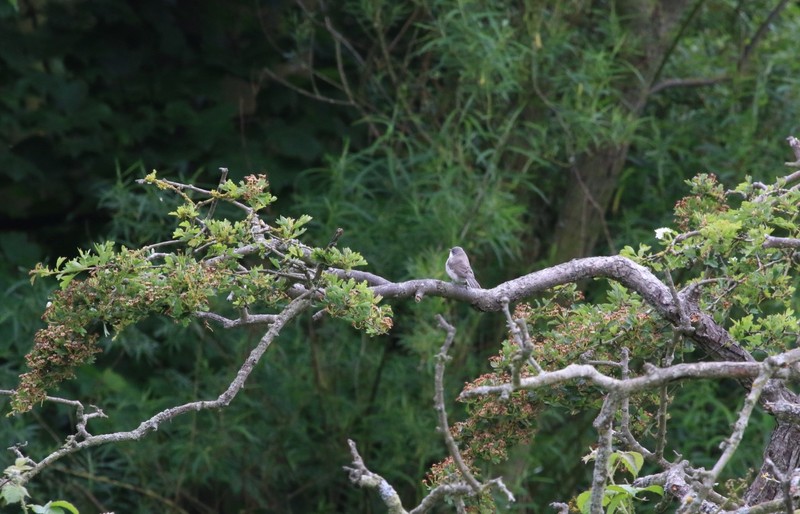 record shot of the Lesser Whitethroat taken by Mike Taylor

Our walk to all three hides gave us good views from all angles of the like and the scrapes, we added Lesser Whitethroat to the list as we headed back to the car.

Next on the list was Flamborough Head, it was another very exciting places with thousands of sea-birds nesting on the vertical cliff faces. The difference between Flamborough and Bempton is the perspective of the views. At Flamborough you get a much wider aspect of the colonies a much larger area can be viewed form the headland. 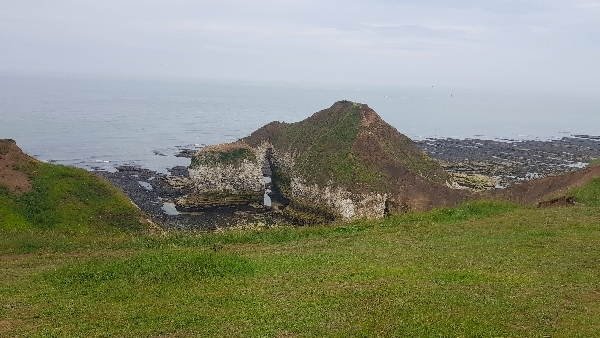 the view of part of Flamborough Headland

The whole area was just alive with movement, thousands upon thousands of birds were on the cliffs, on the water and in the air. Kittiwakes and Guillemots seemed to dominate, with fewer Razorbills, Puffins, Shags, no Gannets appeared to be breeding there. 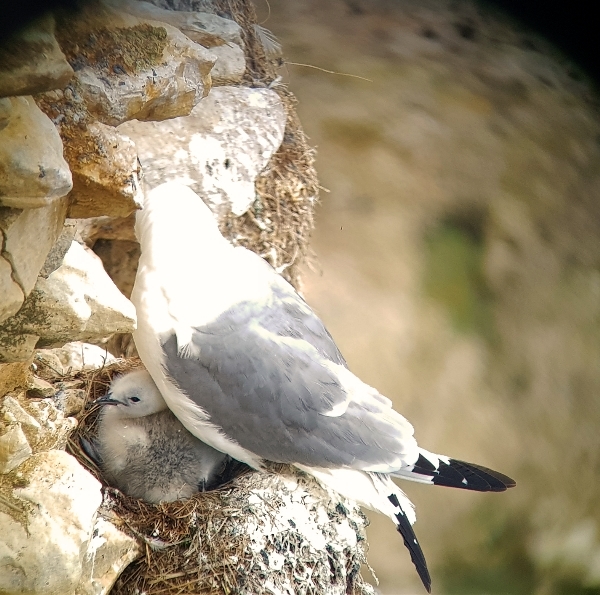 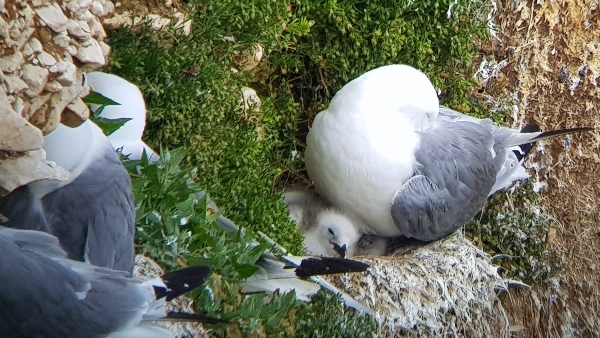 As we left the car park a Barn Owl was seen quartering the adjacent fields, it was 11am, a Barn Owl in full daylight, it was an amazing sight and lovely to watch. We also saw Linnets, Goldfinches, Chaffinches, Skylarks, Meadow Pipits and around the lighthouse we saw Rock Pipits. 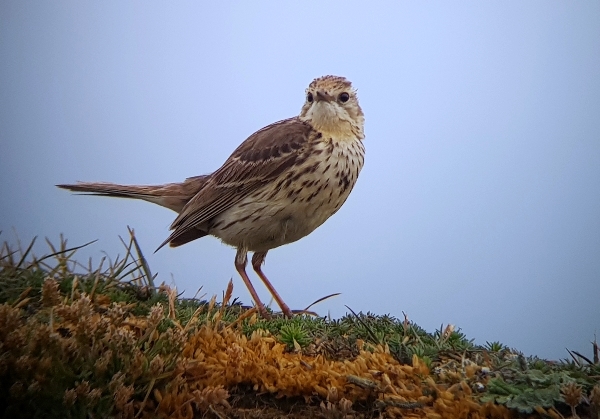 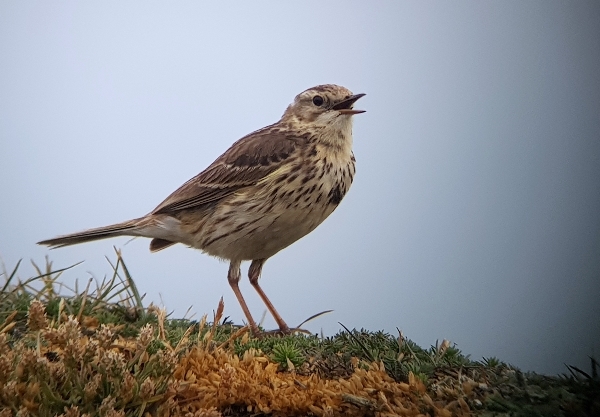 During our walk along the cliffs we found some vantage points from where we had much closer views of the delightful Puffin, we could also see that many Kittiwakes had one or two chicks and it seemed to be a very successful season for sea-birds. 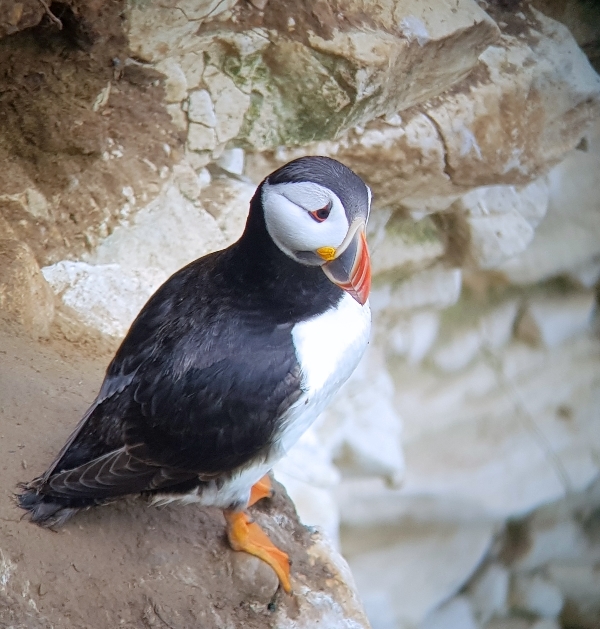 need I label this one? 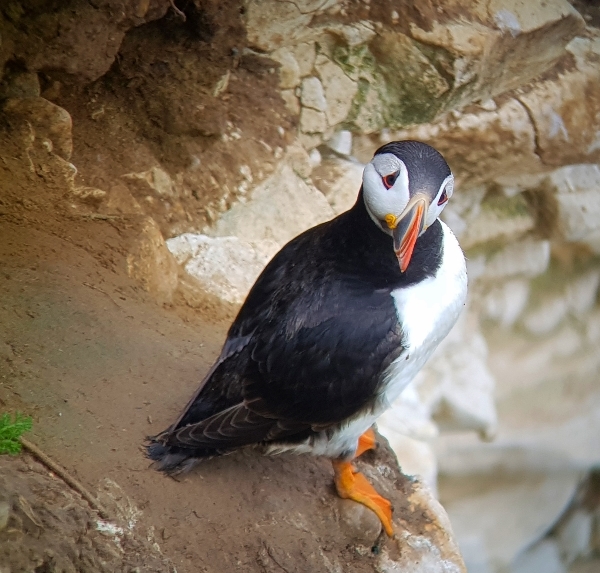 We saw a colony of Seals lying out on the flat rocks, many were the white-coloured pups, but some were adults. The whole area was buzzing, just like Bempton Cliffs, it was a magical place, we really enjoyed our visit there. 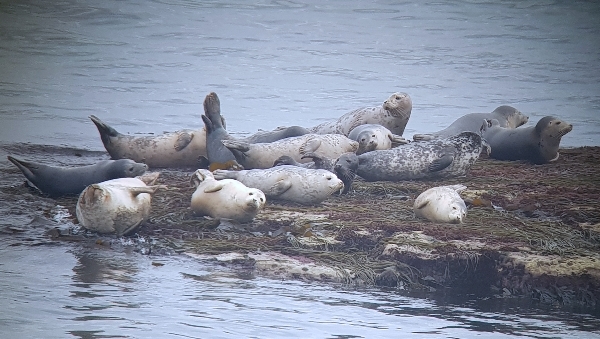 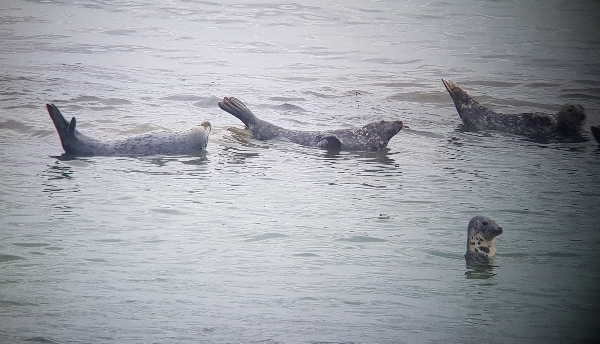 On the way back to the car park we added Yellowhammer to the list and we saw dozens of orchids in the grass but the weather wasn’t warm enough to entice butterflies to venture out. 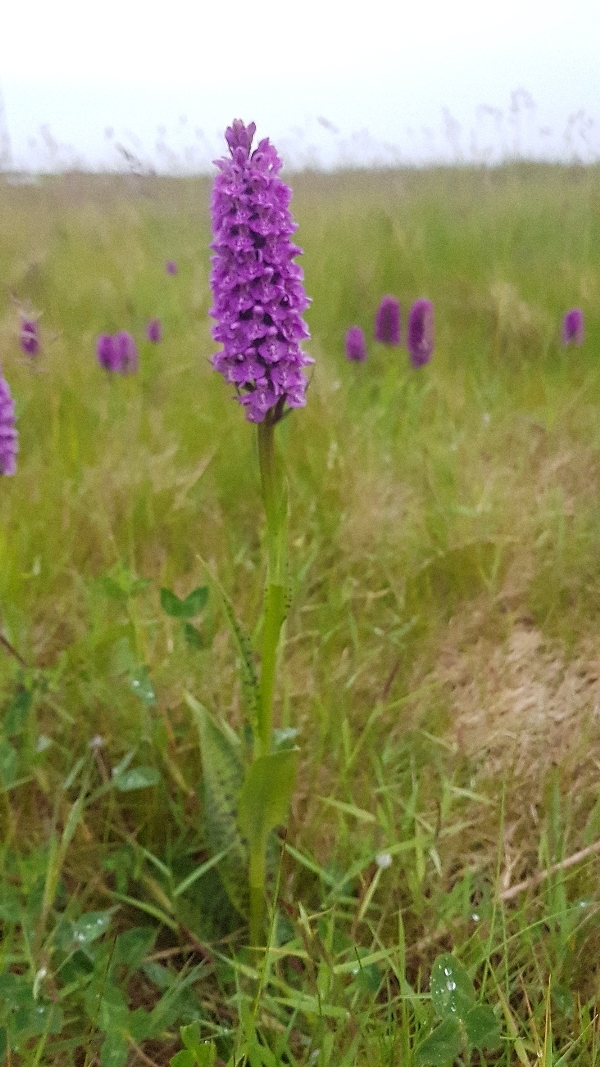 Our afternoon was spent north of Scarborough in the pine forest of Wykeham, it took us a while find the Raptor Watch point and the clouds looked increasingly menacing getting darker by the minute. We made it to the watch point where one other birder was sitting, he told us he had seen Honey Buzzards and Goshawks which encouraged us.

After just a few minutes we picked out a Common Buzzard and then a pair of Honey Buzzards, fantastic. The birds stayed in view for quite a while before disappearing behind some trees. It started to rain at that point and curtailed our raptor watch.

We then drove down into the valley below to explore several sites along the River Derwent, we finally found a good boardwalk at Forge Valley where we able to walk along a good length of the river. We saw Grey Wagtails, Marsh Tits and many common species, the woodland was verdant but wet.

After dropping Mike and Lorna off back in Scarborough Nigel and I drove to the seafront and ate fish n' Chips near the beach. We then drove north of the town to visit Harewood Dale Forest where we waited until it got near-dark in the hope of seeing Nightjars, but we were out of luck, it got cold and the air was full of midges so we abandoned our effort. We got back to our room just after 10pm!!