WEATHER: our hottest day yet, 39C and humid.

PRESIDENTIAL ELECTION-DAY IN THE GAMBIA

Our air-conditioned bus was a saviour today and it was hard to get the group off it at times. We set off at 8am and travelled westward back to Tendaba, we crossed onto the south bank of the river from Georgetown on the 'new' bridge and stopped just after to look at a pair of Verreaux's Eagle Owls. The owls were in their usual baobab tree and showed very well, we also found Gabar Goshawk, Marsh Harrier, Senegal Parrot, Mosque Swallow and a few common weaver's. 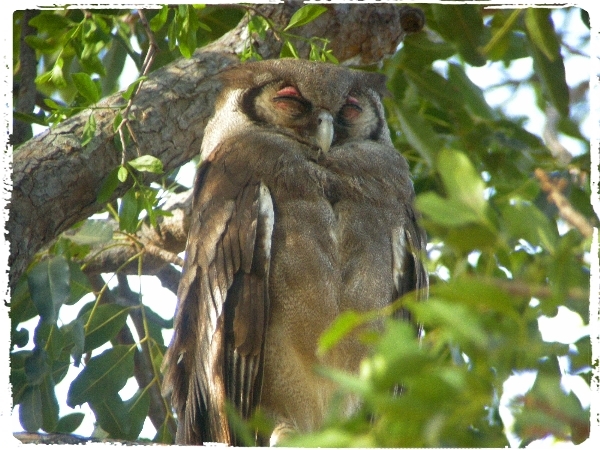 After another 20km we stopped to look at a colony of Maribou Storks, these huge, ugly birds are holding up  well in the Gambia. Modou, our guide, took us to another Verreaux's Eagle Owl site a little further on where we had much better views especially good for photography. 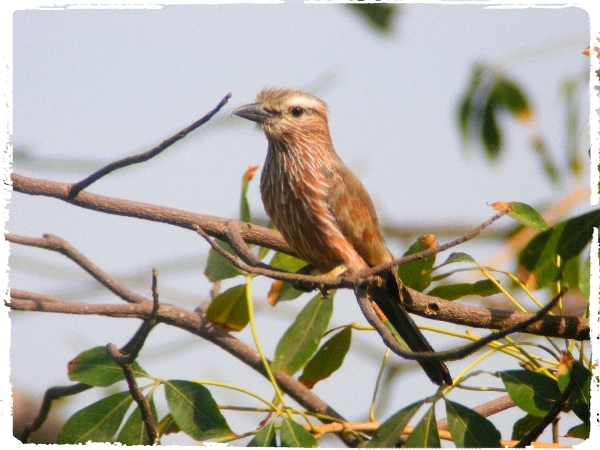 It was 10:30am by the time we reached the huge rice fields at Jahally, where hot and humid conditions prevailed. We coaxed the group off the bus with the 'carrot' of Painted Snipe being our best offer! We saw a dozen snipe, mostly Common Snipe but a few were most definitely Painted Snipe, but we only saw them in flight. An hour and a half walking in the heat produced over 30 species which included a European Roller, a rare sighting, as well as Black Crake, dozens of Jacanas, our first Black-faced Quail-finch, also Red-billed Quelea, Purple, Grey, Blacked-headed and Squacco Heron. 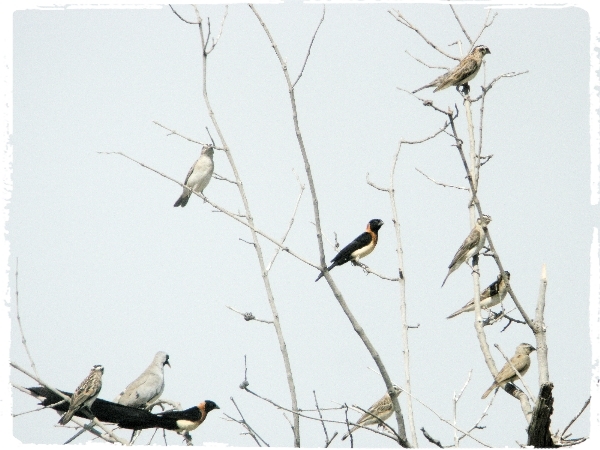 From Jahally we drove through Soma picking up picnic supplies before sitting in the shade of the forest to eat it. From there to Tendaba we stopped several more times to look at raptors high in the sky or perched on roadside trees. We added Tawny Eagle to our trip list and also saw Wahlberg's, Brown Snake-Eagle, Dark Chanting Goshawk, African Harrier-Hawk, Lanner Falcon and Grey Kestrel. 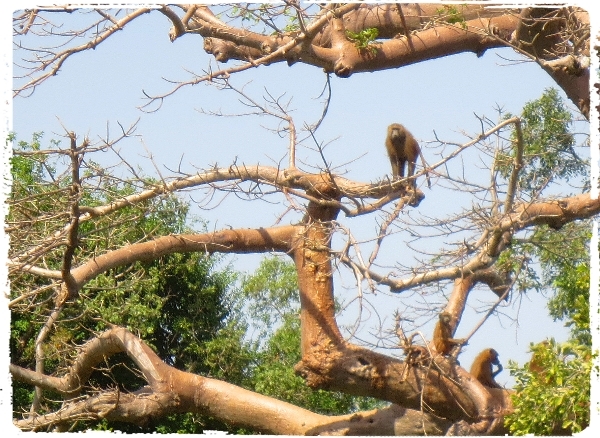 We arrived at Tendaba Camp at 3pm and decided to wait until the heat abated before we went out birding. So it was 5pm when we set off for the 10 minute drive to Kiang West Bush tracks. Our first track was excellent we saw Four-banded Sandgrouse on the track, Black-crowned Tchagra in the bushes then we added several new species in quick succession as Modou whistled the call of the Pearl-spotted Owlet. First we found a Scimitar-bill, then a Brubru, Senegal Batis and the most wanted White-shouldered Tit. It was certainly a great fifteen minutes, we also saw Yellow-breasted Eremomela and a Brown-backed Woodpecker. 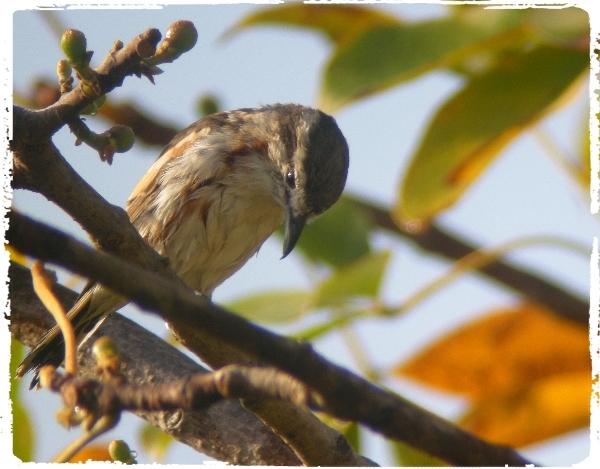 Back on the main track our sightings continued despite the fading light. We saw two more Eremomelas with a Yellow White-eye and a Brown-rumped Bunting. A Common Redstart was one of the last birds we recorded before the light finally gave way.

Back at the camp we discovered that 120 British Students had checked in, I am listening to very loud disco music as I write this at 10pm, they have promised to end the disco at midnight!