Yes our last full day had finally arrived and all too quickly! We spent a hard exhausting time looking for a few species we had missed, walking in hot sunshine with little cover, it drained all of us and by 4pm it really did feel like the last day. It was still enjoyable especially the first two hours when the temperature was still bearable and light quite exquisite for photography.

After breakfast we drove to the south to Marakissa village and onto a bush track. As soon as we got off the bus we found Northern Puffback, African Red-bellied Flycatcher and a flock of six Yellow White-eye. A Senegal Coucal sat out in the Sun and a distant Klaas' Cuckoo did the same, we then tracked down our first 'new bird' as we followed the calls of the Leaflove, two of them showed in flight and perched for short periods. Pied Hornbills seemed to be everywhere but we couldn’t find a Green Turaco which was still missing from the list. 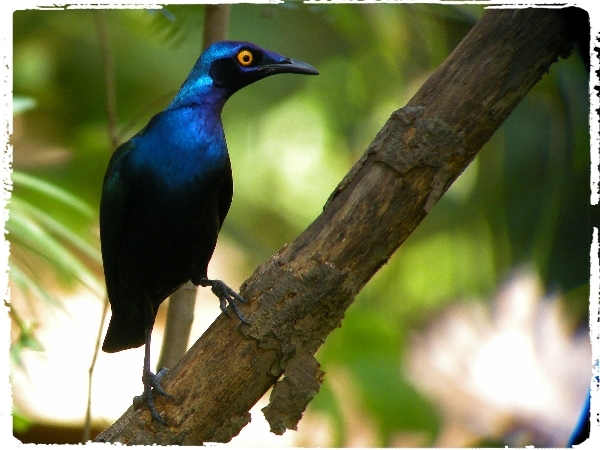 After 3 hours we logged about 30 species but the temperature crept up and so we crept back to the bus, our walk back produced another trip tick when Modou found a Black-winged Bishop, in non-breeding plumage it was quite plain looking thing.

We drove straight to MARAKISSA RIVER LODGE where we spent most of the rest of the day. We first sat in comfy chairs watching drinking pools where within minutes we found another new species, a Spotted Honeyguide, marvellous, the bird showed extremely well. An array of brightly coloured birds adorned the gardens and drinking pools and it wasn't long before another beauty went onto the list. We tracked this one down by call and had to work a little for it. The Grey-headed Bush-Shrike is a stonker, look it up, we had excellent sightings as it fed in the nearby trees, a bonus was the finding of an Oriole Warbler which was less conspicuous and gave only fleeting views. 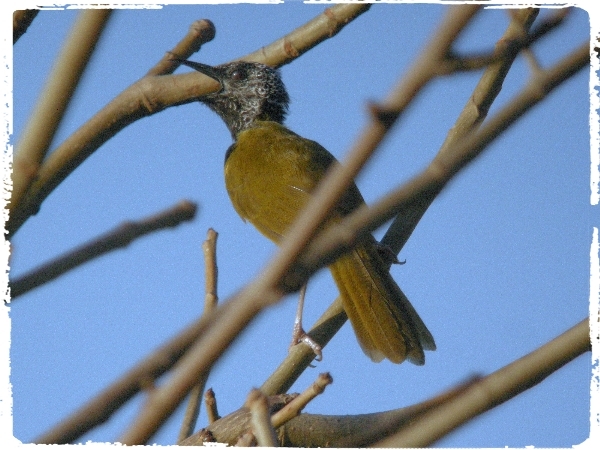 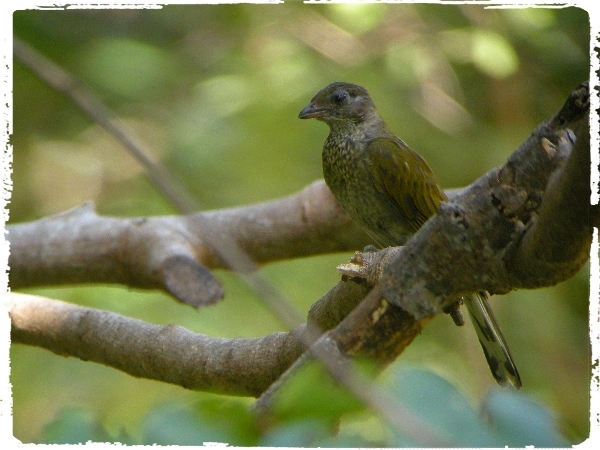 After another hour of watching groups of Piapiacs, Purple Glossy Starlings, Bronze Mannikins, Red-billed Firefinches and Red-cheeked Cordon-bleu we went for a short walk. The path we chose took us passed a a lagoon where Senegal Thick-Knee, Spur-winged Lapwing, Long-tailed Cormorant and a few other species were seen, it then went up to a small farm where in the driveway we looked for a roosting owl.

Two African Scops Owls were roosting high up in a bunch of bamboo, their favoured roost site, marvellous, this was our sixth owl of the trip!! After that excitement we returned to our sheltered seating area in Marakissa Lodge where we had lunch, a little knap-time and some more birding by the pools. 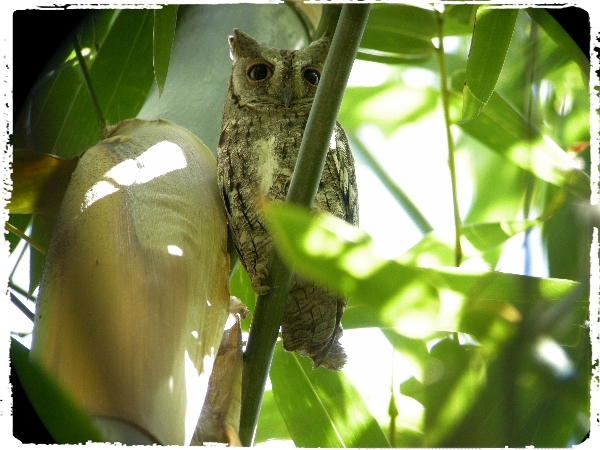 At 3pm we went for a walk to a nearby bridge along the now asphalted road, we were just 1km from the border with Southern Senegal. From the road we could see over a marsh with reed-beds, lily-covered pools and some open water. We had hoped for Purple Swamphen and African Crake but what we saw was African Jacana, Black Crake, Hammerkop, Common Moorhen, Squacco Heron, Purple Heron, Cattle, Little and Great Egrets. On the open water we watched Long-tailed Cormorant, African Darter and Pied Kingfisher. A Grey Woodpecker landed in a dead tree, a Pearl-spotted Owlet showed up after calling for a while and a pair of Common Gonoleks called from the same tree. 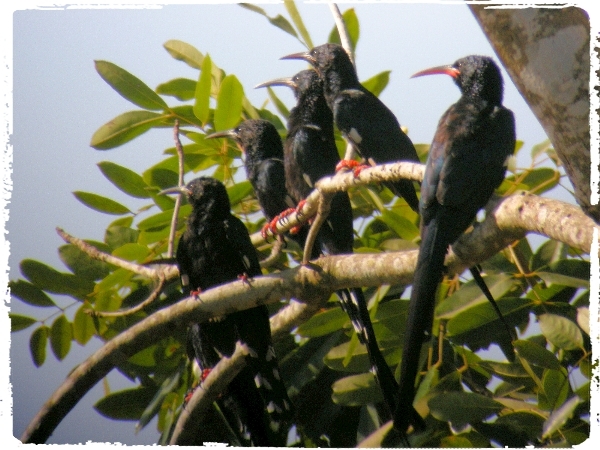 Our last return to the lodge was made in hope of seeing the Green Turaco which was still missing from our sighting's list! We gave it until 5pm without joy, we did see Violet Turaco, Lesser Honeyguide and the usual visitors to the drinking pools. 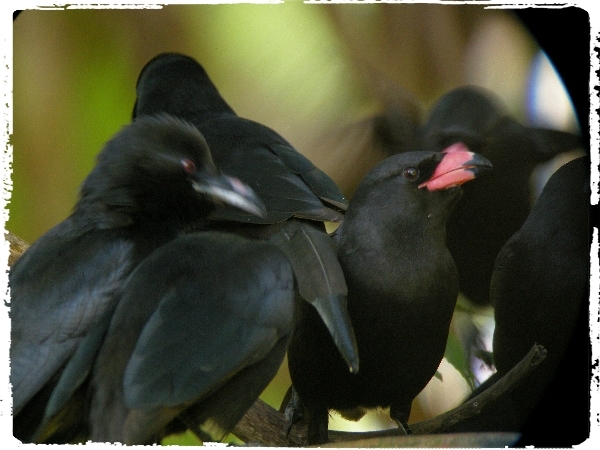 At 5pm we called it day and set off back to Kololi to our hotel which took nearly an hour. Our last bird-log of the holiday was called after dinner, we had seen another 5 species which brought our sightings list to 312. 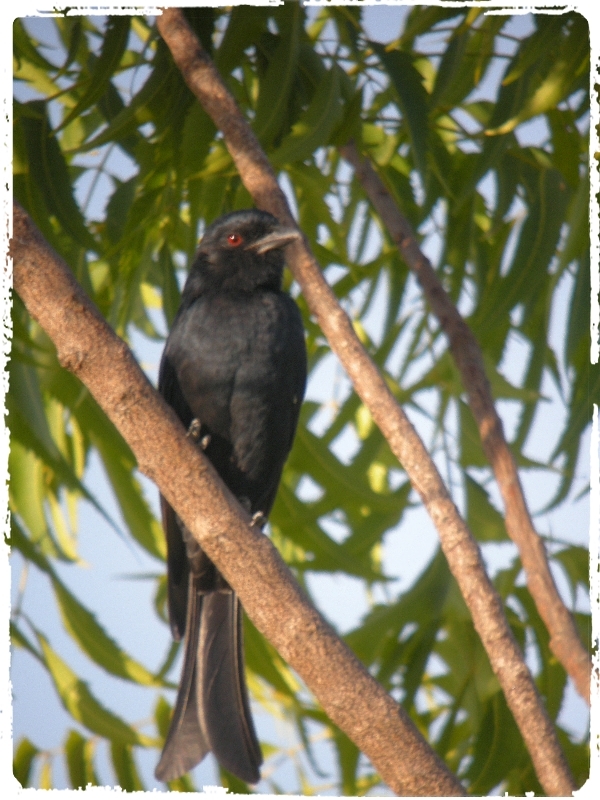 Despite the heat and humidity all of the group said that they really enjoyed the trip because the superb birding and photographic opportunities vastly out-weighed the heat discomfort.

Next year's trip will be two weeks earlier to avoid such high temperatures, from the 7th November, book your place now to avoid disappointment!