Tujering was our destination for this morning's outing, we arrived at 8:30am after another lovely breakfast on the outside terrace.

The flat landscape of Tujering borders the beach area and consists mainly of dense scrub up to a meter high with small stands of trees. As usual many birds called or sang from the scrub and/or trees we quickly amassed a nice list. Striped Kingfisher was one of the first with Whistling & Singing Cisticolas coming close second. 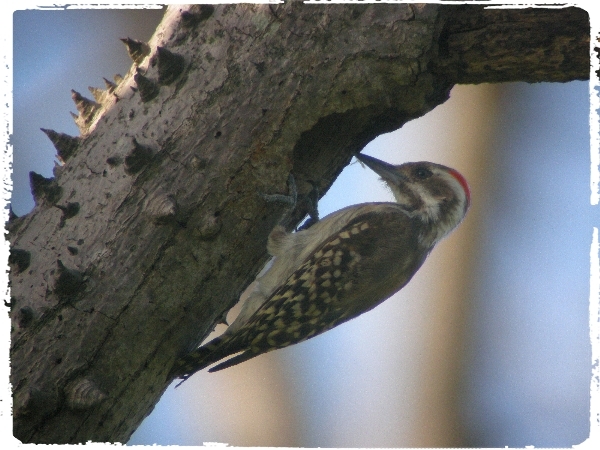 Deeper into the scrub we found both Brown-backed & Fine-spotted Woodpeckers and a Wryneck all in the same tree! Yellow-fronted Canary, Willow Warbler, Velliot's & Bearded Barbets, Yellow-fronted Tinkerbird and Red-necked Falcon were further finds in the trees, whilst Osprey, African Harrier-Hawk, Black-winged Kite and Pink-backed Pelican were seen as fly-overs. 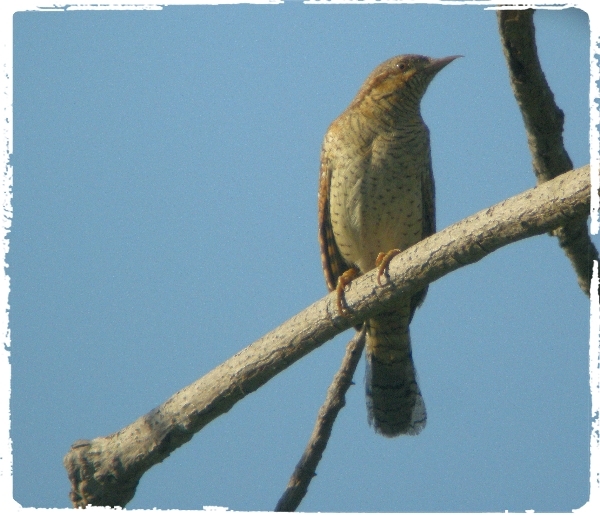 The return walk back produced a few more new species for the list including yet another western Europe migrant, the Whinchat along with Wire-tailed & Red-chested Swallow, Palm Swifts and Chestnut-headed Sparrow-Weaver. 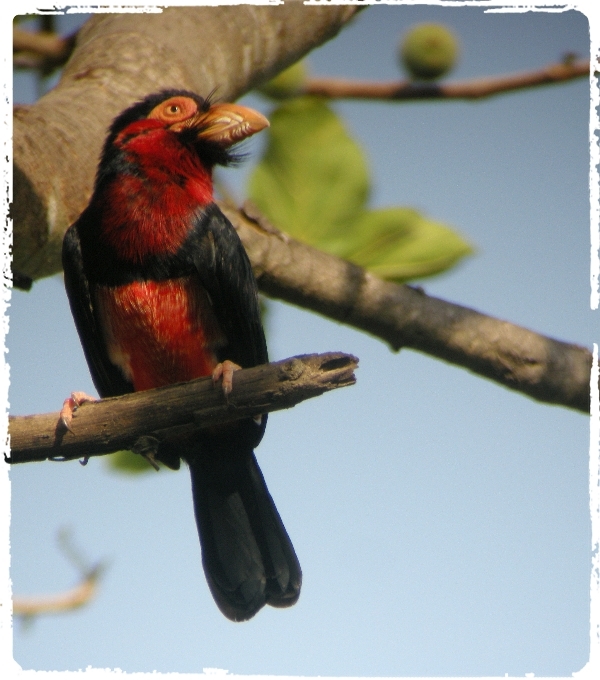 After nearly four hours of walking in the hot Sun we were flagging a bit so we stopped and drove to nearby Tangi Bird Reserve for a long lunch where we sat in the gardens watching birds coming to drink and bathe in two small pools. Even more European migrants were seen in the shape of Garden Warblers and Blackcaps. A nice couple of hours drifted by with many sightings of local common species listed, at 4:30pm we finished for the day and set off back to the hotel.