Just when you think the birding would ease off a little and finding of new species would reduce we have another excellent day full of great finds and new birds.

We ate breakfast early and was on the road by 7:15am, our ferry crossing timing was important and we needed to get there as early as possible. We crossed the river with a little delay and drove northwards on the northern shore to Fara Fenni where we bought lunch before driving a few kilometres out of town to walk in the peanut fields. 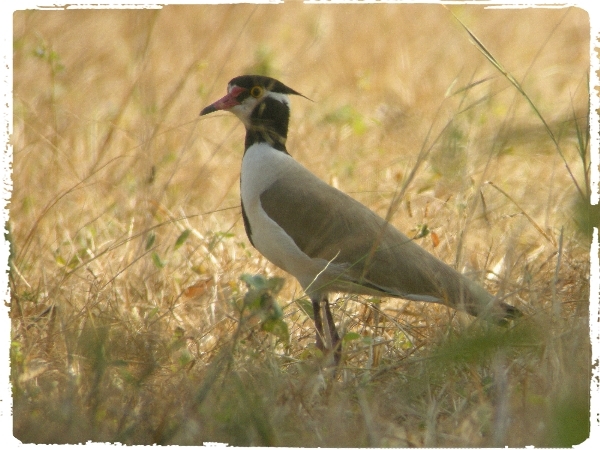 It was hot already at 9am as we started our walk, the peanut harvest was well under way so many local people we out in the fields, this made our job a little harder because of the disturbance factor. We notched up quite a few local species and few migrants during the first hour such as; Northern Wheatear, Whinchat, Tree Pipit, Red-throated Pipit, Crested Lark and Greater Short-toed Lark. 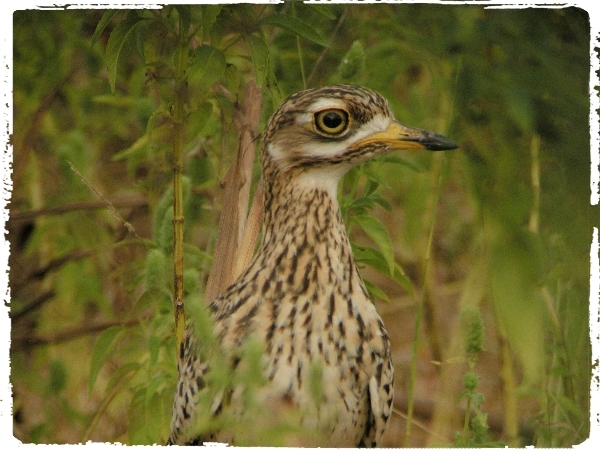 As we crossed into some knee-high scrub we inadvertantly flushed a few parties of Bustards, both Black-bellied and Savile's were identified, great birds for the list. We also saw Double-spurred Francolin and a Little Buttonquail.

Just after the Bustard excitement we heard the call of our main target species the Abyssinian Ground-Hornbill, it seemed extraordinary that we had walked passed this huge bird but the call came from just behind us. We repositioned ourselves and sure enough the bird came into view but as soon as it saw us it flew off. We tracked it with our bins and managed to follow it until it  landed, but then it ran with an awkward and comical gait until we lost sight of it, an amazing bird. 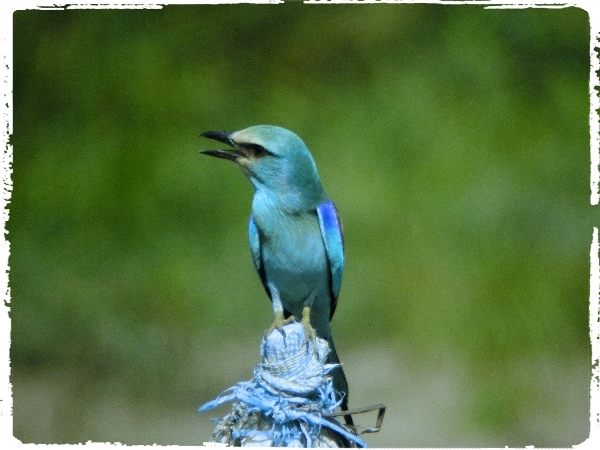 so photogenic the Abyssinian Roller

After another search of the fields for Temminck's Courser, which failed to show, we walked back to the bus noting several Dark Chanting Goshawks, African Harrier-Hawk, Red-necked Falcon and groups of vultures which included both Ruppell's and White-backed Vultures.

It was now getting on for midday so we drove a little further and stopped at a roadside pool to eat lunch and watch flocks of birds coming to drink.

From the pools we drove another 20km to Kaur Marshes a very large area of reed fringed pools, mudflats and scrub. The road forms a raised causeway through the centre of the marsh which is ideal for viewing from. We found Chestnut-backed Sparrow-Lark just before we located our major target species of the tour, the Crocodile Bird or Egyptian Plover, what a stunner we notched up three of them in quick succession, amazing! 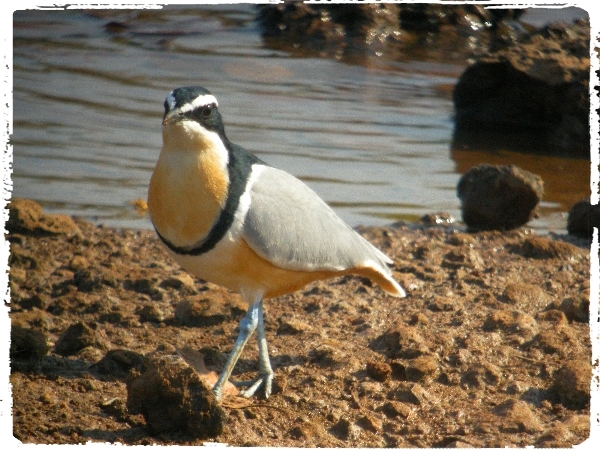 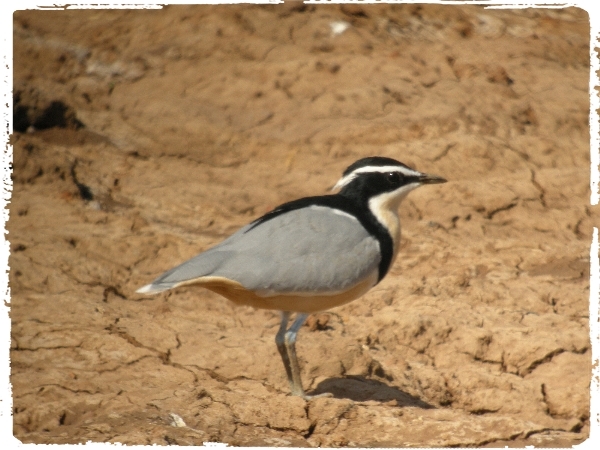 Kaur Marsh is also excellent for waders especially over-wintering Collared Pratincoles of which there were about 500 in view. The Kittlitz's Plover is also a feature there, we saw about a dozen with Ringed & Little-Ringed Plover, Marsh Sandpiper, Greenshank, Wood Sandpiper and a Single Painted Snipe. Three Knot-billed Ducks landed in the reeds but were only seen by a couple of the group and many common water birds were present including Hammercop, Jacana, lots of egrets, herons and cormorants.

We left the area and continued towards Georgetown making a few stops to photograph perched raptors, rollers and we saw our first Wahlberg's Eagle circling high up. 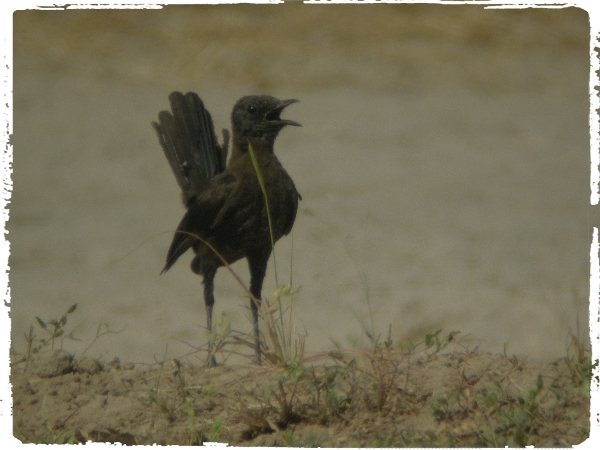 One last stop was made at Wassu Sand Quarry, where a colony of Red-throated Bee-eaters have bred for Donkey's years, the numbers have steadily been increasing. Today over 100 pairs were present, in my opinion they are the most beautiful and photogenic of all the Bee-eater species found in the Gambia, they posed well for us. 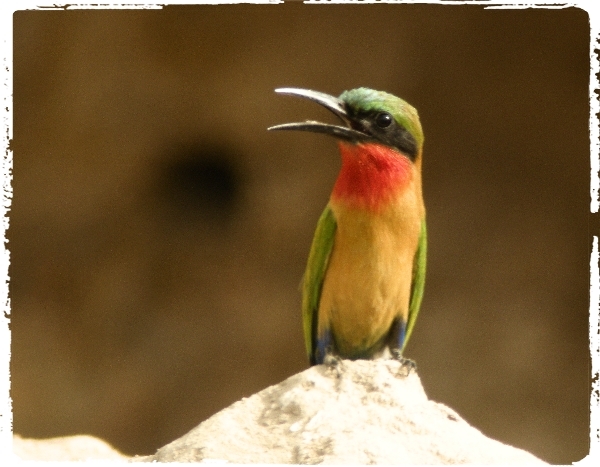 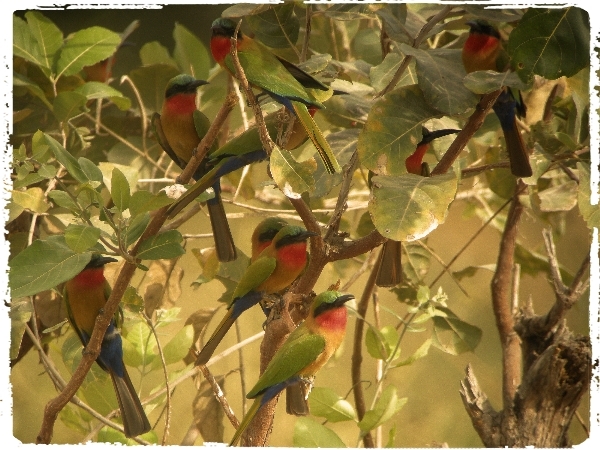 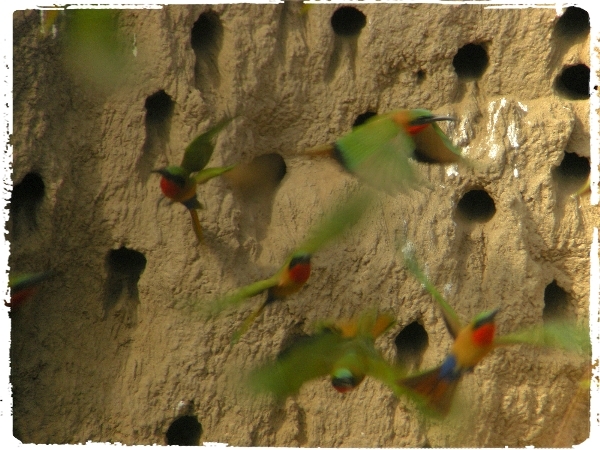 Green Bee-eater is another beauty which was also present along with a dozen or so other species including; Northern Anteater-Chat, White-rumped Seedeater, Northern Sahel Whydah and lots of weaver species. 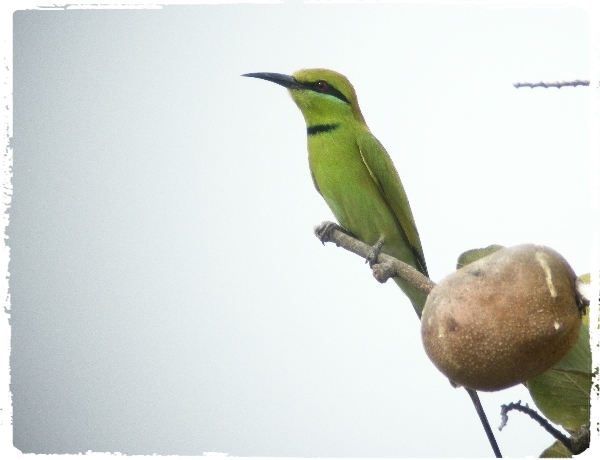 A short ferry ride took us onto Georgetown, which is an Island  in the middle of the Gambian River, we are now some 300km upriver from Banjul  and the river is still very wide and tidal! We settled into our rooms in the Boabolong Camp after a cold drink. A nice relaxed break was enjoyed before dinner at 8. Our list for today was the biggest of the tour so far with 119 species recorded!