Today I met Penny and John, my very good friends from Casares, at the edge of Gaucin. I jumped into their car for the short trip down the valley to San Pablo and on to the track leading to Marchenilla. We drove past a dead Badger on the main road which is an uncommon sighting, dead or alive. 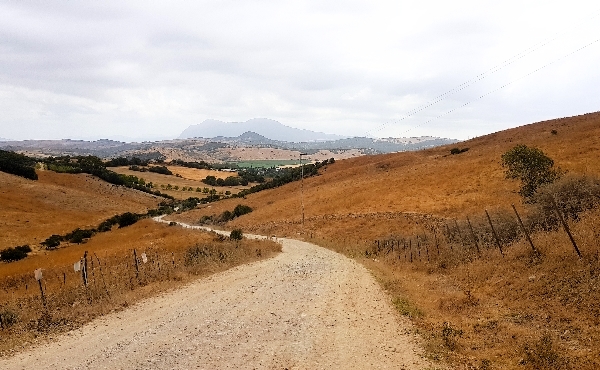 Looking back down the track from the top of the hill

The weather was a stark contrast to that of Monday just gone when I was here last in bright sunshine. Today it was dull and overcast, but fortunately their wasn't any wind or rain. John and Penny wanted to see the Rufous Bush Robin  to add it to their year list and I was happy to see anything that moved.

One interesting sighting was that of a leucistic Sardinian Warbler, quite a different plumage from the norm, this bird is nearly all white with some colour in the primaries and tail. The bill and legs are dark and it retains a red eye. 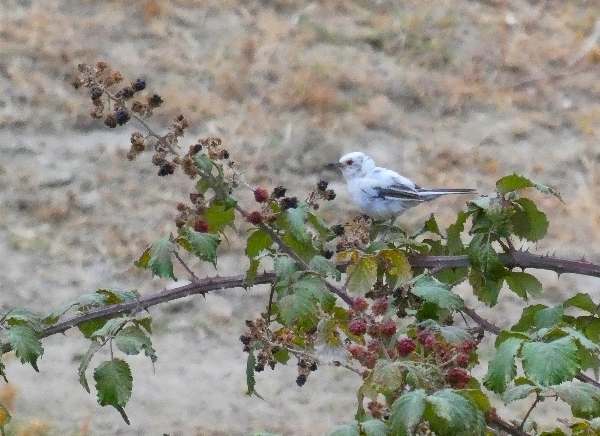 As we walked to the prime location of the Robin we noted Booted Eagle, Short-toed Eagle, Common Raven and Common Kestrel, but no visible migration was taking place.

We searched for an hour without a sighting of the Robin, we did find Common Nightingale, Stonechat, Spotted Flycatcher, Bee-eaters (flying over) and another Short-toed Eagle. After a coffee break (coutesy of Penny) we moved further up the track where we found Woodchat Shrike (several juveniles and one adult), Iberian Shrike, Montagu's Harrier and a Black-eared Wheatear. Crested Larks gathered on the track, Goldfinches, Greenfinches, House Sparrows (including one Spanish Sparrow seen by John) all fed along the track-side scrub. 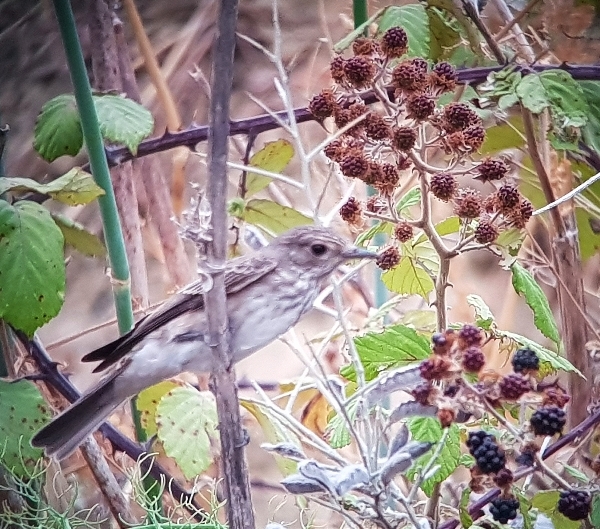 Towards the far end of the track near the village of Marchenilla many Bee-eaters we perched along the wires and a huge flock of hirundines gathered on the wires, manily Barn Swallows, they looked ready to go south!!

We had another coffee in the venta at Marchenilla before we turned around and made our way back along the track. The reverse journey produced very little more, we did find a Little Owl and we noted Common Buzzard but not much else. We were back in the village by noon where we parted and went our separate ways.