Our winter visit to Gaucin began with a four night stay on the coast as we prepared our apartment there for the changeover to new ownership, ys it is now sold! We said goodbye to our 12 year old investment which turned out to be a loss leader, but we have had some good times there, it was the stepping stone which encouraged us to buy our home in Gaucin.

The beach near Sabinillas not far from our ex-apartment

All the usual birds were noted as I sat on the terrace for the last time, White Wagtails, Black Redstarts, Spotless and Common Starlings and a few Serins. There are usually a few Blue Rock Thrushes on the surrounding rooves but I never saw a single one.

A walk along the beach one morning produced a selection of species: Northern Gannets and Cory's Shearwaters fed off-shore, Yellow-legged  and Black-headed Gulls flew past in good numbers and Sanderling dashed along the shore line.

In the scrub and manicured front-line gardens we saw Common Chiffchaffs, Black Redstarts, Monk Parakeets and lots of White Wagtails. Many Crag Martins spend the winter along the coast and today we saw lots, a single Barn Swallow was nice to see. It was warm enough to picnic on the beach before we returned to the apartment.

A short vist to our good friends John and Penny Hale resulted in a nice cup of coffee and my first mince pies of the year! Griffon Vultures were ever-present over their finca, we also saw a Eurasian Hoopoe along ther approach track and Common Kestrel, Peregrine Falcon, House Sparrows, Sardinian Warbler and Serins whilst we we there. 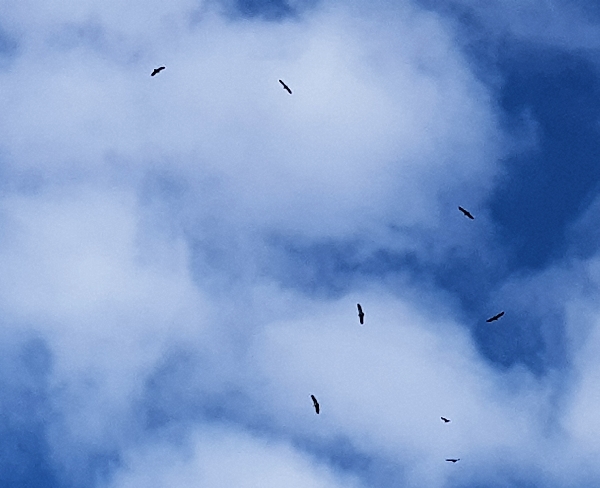 Griffon Vultures over Casares where John and Penny live

For the last two days we have stayed in our home in Gaucin, the weather has been lovely, a little chilly at night but warm sunshine during the day.

view up to the Castle from our terrace in Gaucin

The local church and its noisy bells, a close up of the bell is shown below 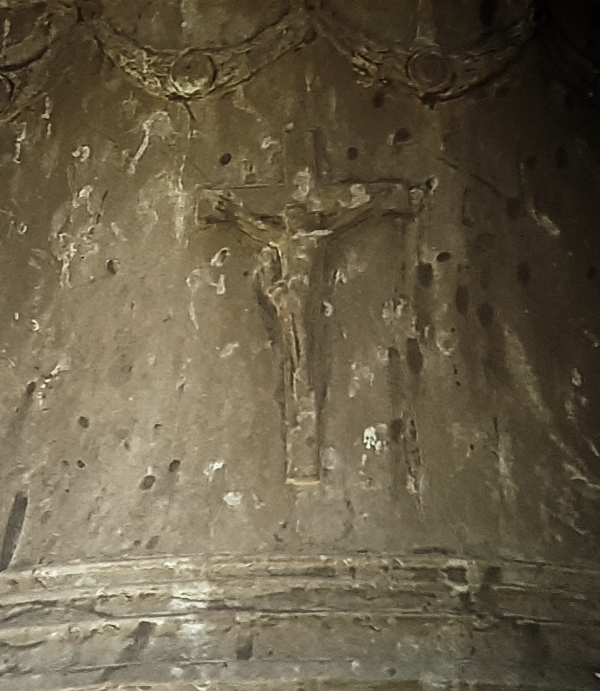 finally, I have found Jesus.... he is embossed on the side of the bell

Blue Rock Thrushes invade the village during the winter, I can't beleive that this bird is a garden tick here after the hours of searching we did for one on the Isles of Scilly last October. If you read my blog at that time you would know that that we made at least four attempts to find the Thrush, after walking miles and spending hours looking we failed to find it, and now, one is looking at me from my neighbours roof!! 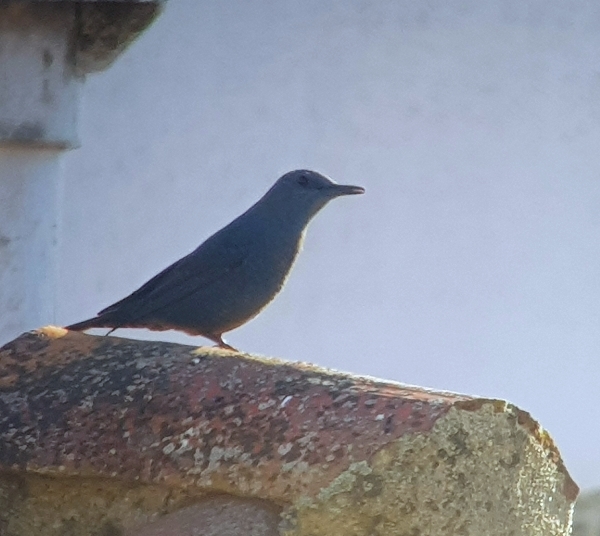 The Blue Rock Thrush - a garden tick in Gaucin 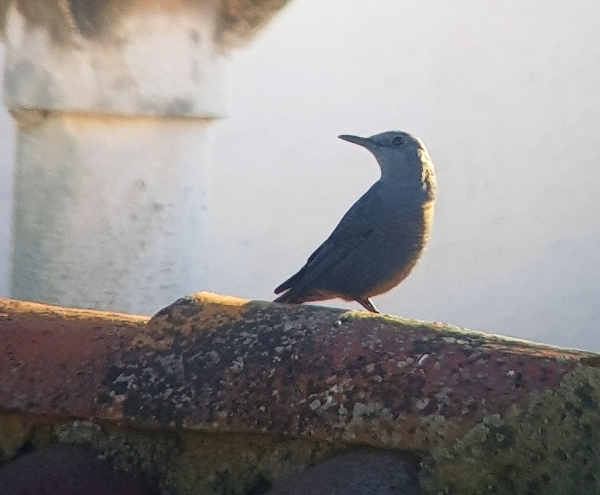 A day out birding on Monday is planned - watch this space!