WEATHER: cloudy and misty to start, then clear sky with a light breeze. Top temp 19C

I met Penny and John Hale on the outskirts of Casares at 8am, I jumped into their car and John drove us all the way to La Janda. We notched a few species along the way including; White Storks on their nests, Common Buzzard, Crag Martin, Spotless Starling and many Cattle Egrets.

Dull, misty conditions at La Janda to start with

The sky was dull and a thin mist hung over la Janda as we arrived just after 9am, we saw Common Stonechat and Zitting Cisticola along the fence-line and then several Corn Buntings on the power lines (shame the cables wern't live!)

We parked the car at the begining of the central track and it took almost 4 minutes to find our first major target species, the BLUETHROAT, what a smahing bird, they are so special. It was too far away to photograph in the misty conditions, but we saw it well for several minutes. 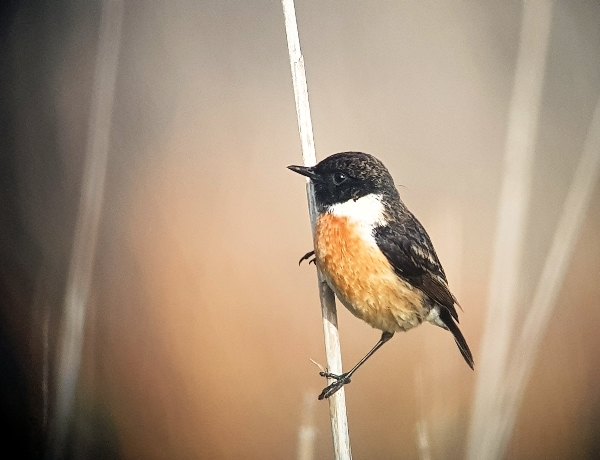 one of the many Common Stonechats seen today at La Janda 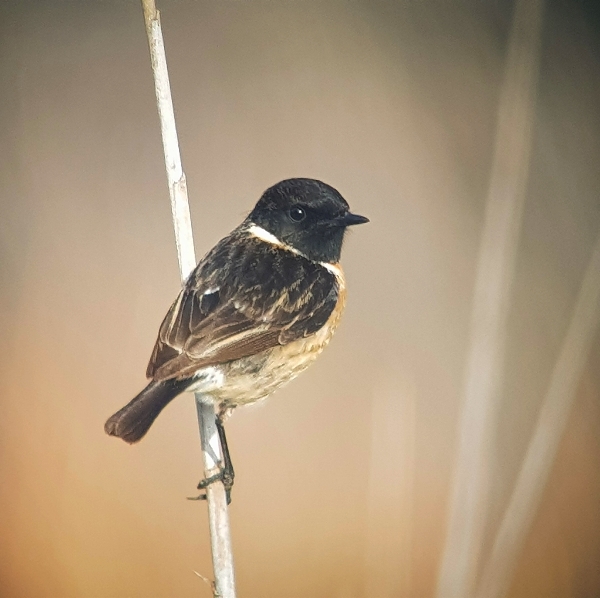 Another target species was the COMMON CRANE we could hear them as soon as we arrived but they were not visible becuase of the poor visibilty, however we did enjoy a superbly marked male Marsh Harrier and a Black-winged Kite perched in a distant bush.

More Common Stonechats apeared, this bird does so well in Spain, we then watched Eurasian Skylarks, Spanish Sparrows, more Corn Buntings and John found a Little Grebe in the main channel. After a quick coffee, courtesy of Penny, the sky began to clear and the visibility improved a great deal. Penny then found a group of Common Cranes, then more and more appeared. 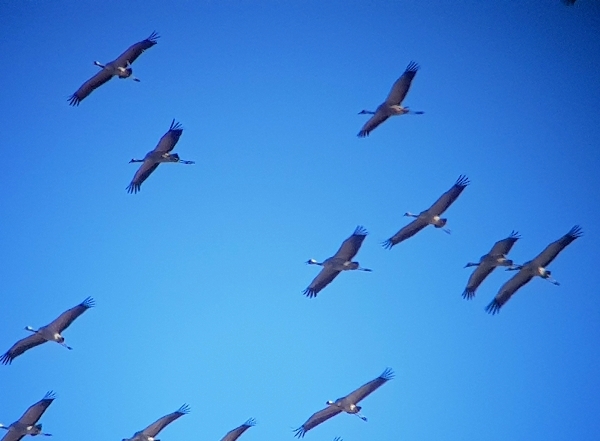 Common Cranes were everywhere, we saw several hundred of them 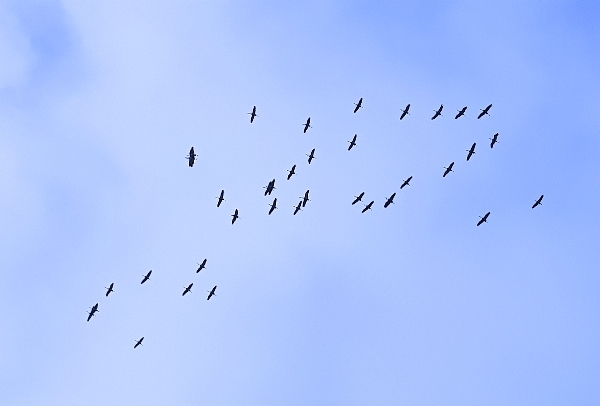 Another target species was the SPANISH IMPERIAL EAGLE we saw an adult bird perched on a very distant pylon, it didn't move whilst we watched it, so we decided to drive a little nearer for a better view. As we made our way along the bumpy central track we found more species. A string of 23 Spoonbills flew across the sky, a Eurasian Sparrowhawk dashed across the track in front of us and both Common kestrel and Common Buzzard sat on pylons.

As we approched the semi-flooded rice fields we found hundreds of Common Cranes, White Storks, Lapwings, Jackdaws and both Common and Spotless Starlings. The rice fileds alos held many White Wagtails, Meadow Pipits and a few Mallards. A total of ^2 Eurasian Spoonbills flew up from the rice fields and dipersed and a short while. 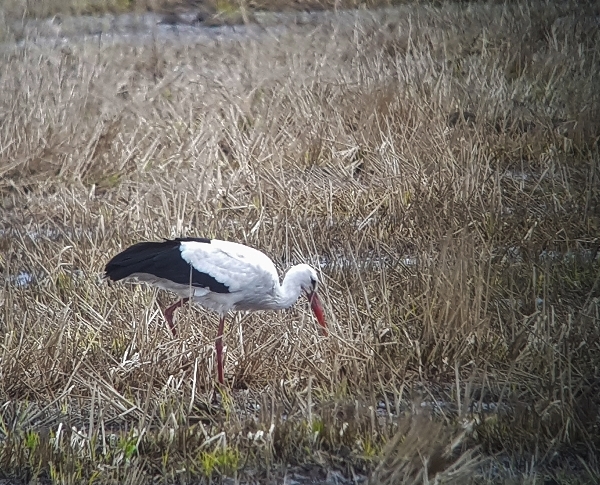 White Storks are a common sight in winter in Spain, but it wasn't always the case, Glabal Warming???

Whilst scoping the Imperial Eagle we found a second Black-winged Kite and several more Marsh Harriers, the eagle took off and headed towards us but a mobbing Marsh Harrier sent it back the way it had come. More Eurasian Spoonbills were found and the sky suddenly filled with Common Cranes, it was an amazing sight.

Further along the track we stopped to eat our picnic lunch and during lunch we found two more eagles!!  They appeared together circling above us on the newly formed thermals. Both Juvenile birds, we watched Spainish Imperial Eagle and Bonelli's Eagle, in superb light they looked wonderful. 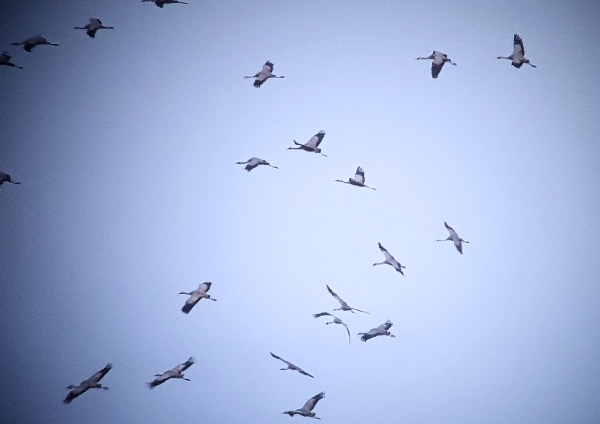 My most wanted species was the LESSER SPOTTED EAGLE, an indivdual bird is now a regular winter visitor at La Janda with sevral recent sightings I was hopeful. We failed to find it but not for want of trying. During our sky-scanning periods we found Griffon Vultures, more Common kestrels, Common Buzzards and Marsh Harriers.

Other memorable sightings included huge flocks of Wood Pigeons, well over 2000 birds were present in the ploughed fields. Large numbers of Little Egrets and Lapwing were seen on our way off La Janda, we stopped to look at Green Sandpipers and found two WATER PIPITS but not a single Glossy Ibis was seen.

It began to cloud over and the wind picked up a little, it was 3pm  when we left. It had been a most enjoyable day, lovely weather, smashing company and excellent birding. I may be back on Wednesday, watch this space.