Today I was joined by my good friend Penny and my wife Dawn, we set off from Gaucin at 8:30am which was a little earlier than recent trips of mine.

The track was quite quiet compared to recents visits but there was enough bird activity to keep us occupied. The usual Booted Eagle was perched on the powerlines and was later joined by a second bird. The Bee-eater flock had gone, but a little later several smaller groups were seen flying over us. 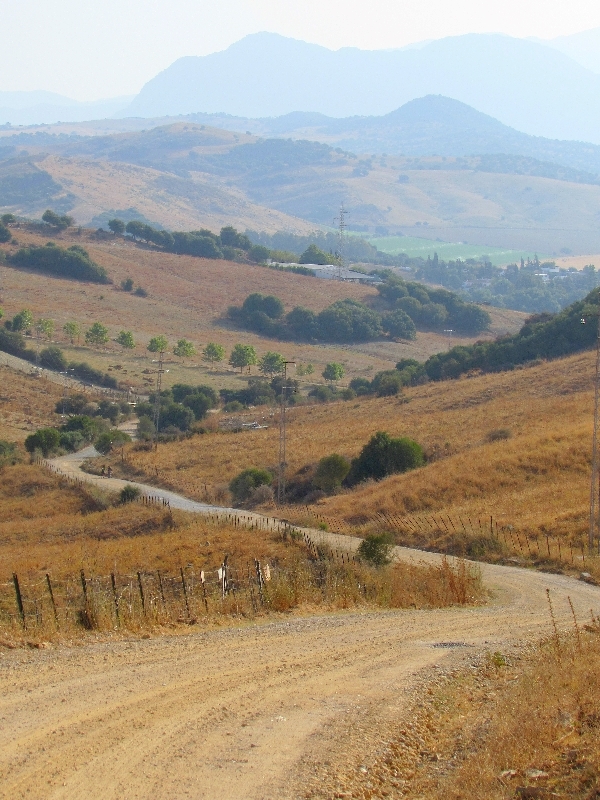 The most noticeable difference was an increase in the number of both Booted and Short-toed Eagles, both species were in constant view either perched or circling on the thermals. The number of Montagu's Harriers was up on recent counts, today sightings were in double figures. 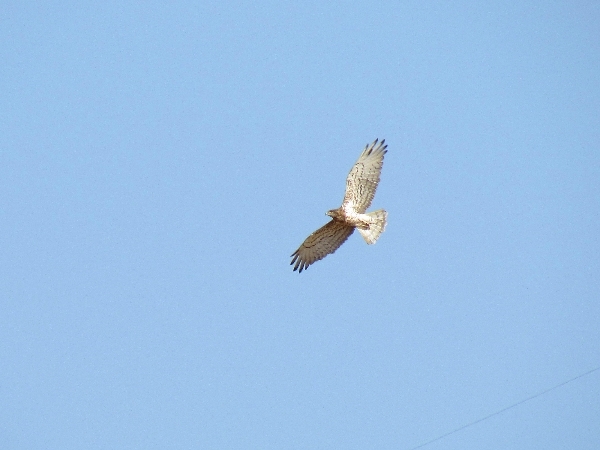 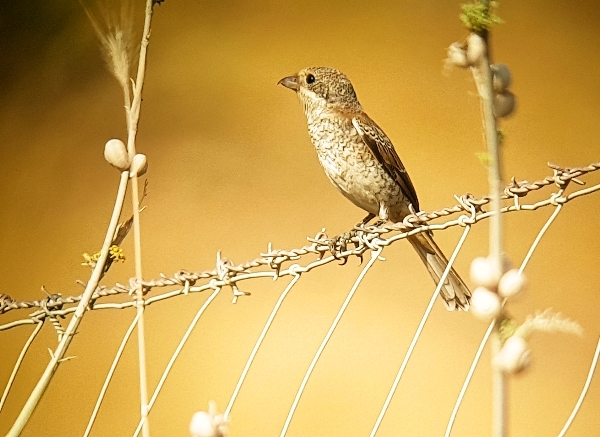 Woodchat Shrike - juvenile above - adult below 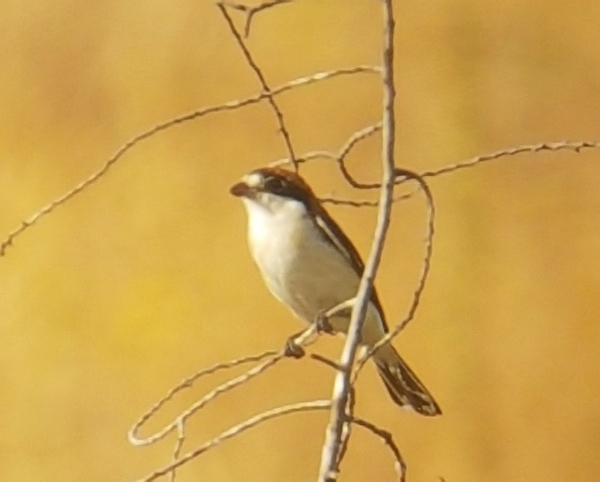 Several Woodchat Shrikes (both juveniles and one adult) were seen as well as a single Southern (Iberian) Grey Shrike and the number of Spotted Flycatchers was also higher. No warblers were seen in the hedges or scrub, but Common Stonechats were everywhere, also Goldfinches, Linnets and Corn Buntings seemed to have increased in number. 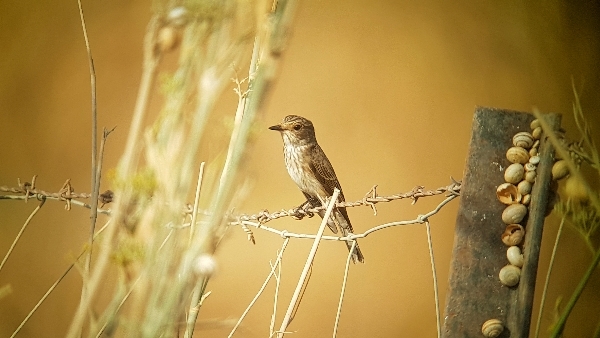 It started to get very warm around 11am and that's when we saw our first Honey Buzzards of the day, good size 'Kettles' could be seen in the distant, I estimated that there was at least 100 birds in a single swirling mass. This figure also applied to a huge mass of Griffon Vultures also seen in the distance. 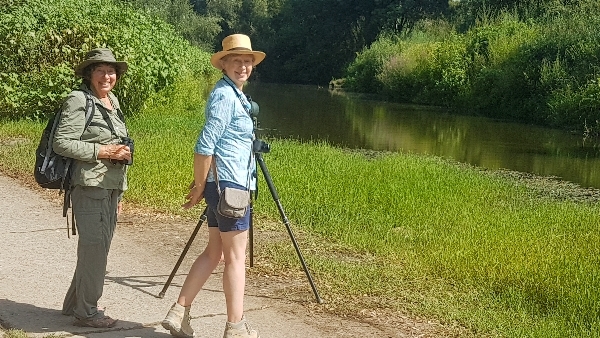 Penny and Dawn at the Rio Hozgargante

As we topped the hill a nice welcomed breeze came up the valley to greet us and a few more birds were on show. As usual, Ravens were all over the place, I never bothered to count them, but suffice is to say, that there were a lot. Lesser Kestrels sat perched on pylons and one group of 6 was noted feeding over a recently cropped field. 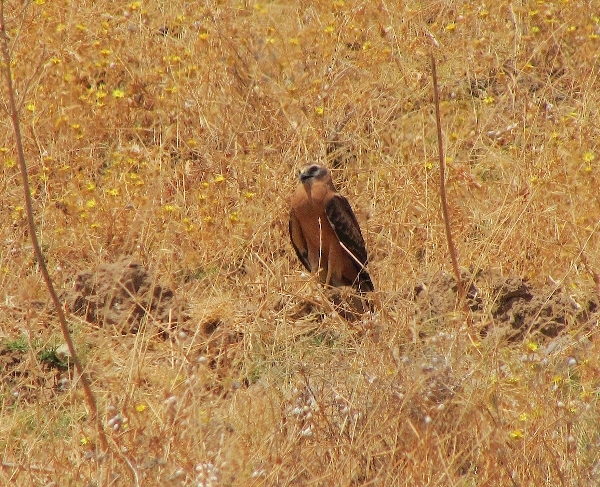 At the river it was very quiet, hardly any bird movement, we did hear a Cetti's Warbler call a few times but that was all. We noted a few butterflies; Speckled Wood, Holly Blue and Small White. Dragonfly sightings at the river (which has now stopped flowing) included Blue Emperor, Red-veined Darter and Violet Dropwing. 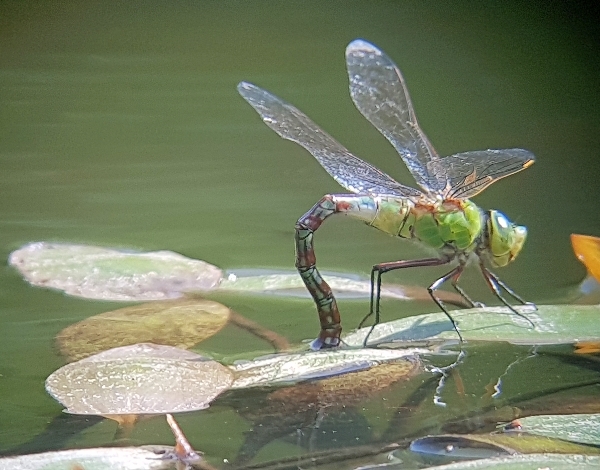 We sat in the shade and ate our picnic before setting off for home around 2:30pm.