It was late a start for me, I left the house at 9am!!  This was becuase I knew that the raptors would not start to lift from the woods until at least 10am (that's my excuse for a lie-in).

It was 9:40 when I started the walk along the track, a large flock of Bee-eaters were feeding from the telephone wires making swooping dives to catch one of the many flying insects, I counted 44, that's Bee-eaters not flying insects. 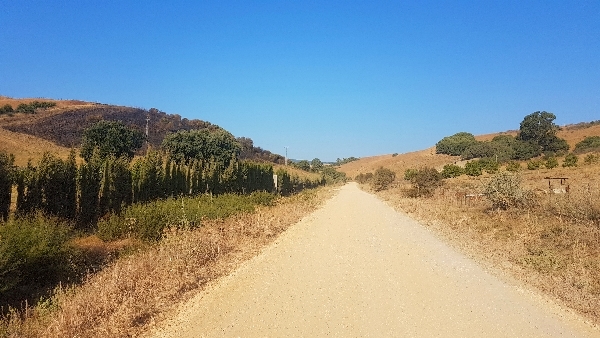 A single Booted Eagle sat on the power lines, an unusual perch for this bird but it seemed happy until I showed up, it promptly turned its back on me. A couple of Griffon Vultures drifted over, quickly followed by a 1st yr. Egyptian Vulture, all three vultures disappeared over a ridge but seemed to land just out of sight. 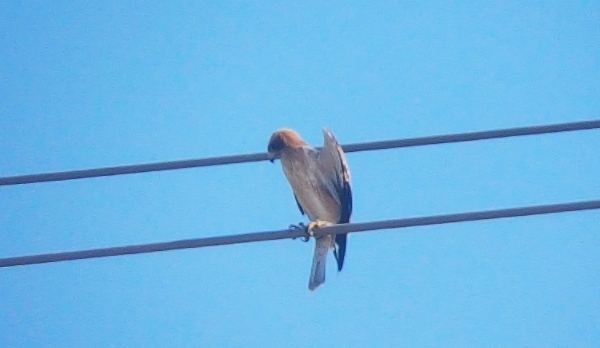 This Booted Eagle was distant - it was just about to turn around and shun me! How rude!

The hedgeows along the track were alive with Sparrows, both House and Spanish varieties, I also saw a couple of Willow Warblers, several Sardinian Warblers and about half-a-dozen Common Stonechats. 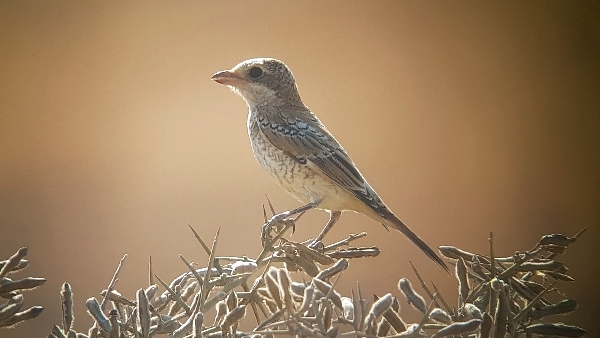 one of the juvenile Woodchat Shrikes

As I reached the more open area of the valley I noticed about 20+ Griffon Vultures sitting on the dry-grass slopes, the Egyptian Vulture was there too. I found a bunch of Crested Larks, a single Tawny Pipit and at least 6 Woodchat Shrikes (all juveniles). 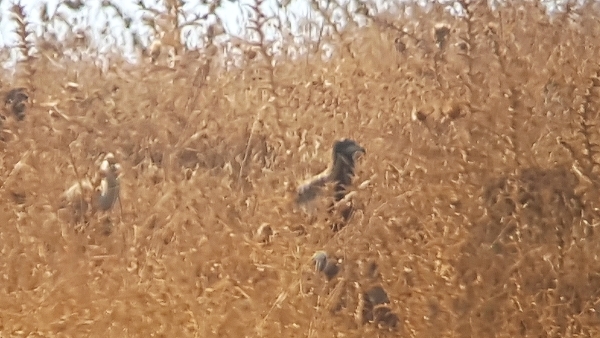 The star bird of this track is the Rufous Bush Robin, I never saw it and thought that the breeding pairs and families had migrated until I heard one of the males sing at least three times, I still never saw one but I now knew that at least one was still present.

I was an hour into my stroll when all hell broke loose, at first a few Black Kites came up from the wooded areas on the brow of the distant hill and then a few Honey Buzzards followed. I then experienced a wonderful evacuation of the trees as dozens of raptors came up and started circling on the thermals. 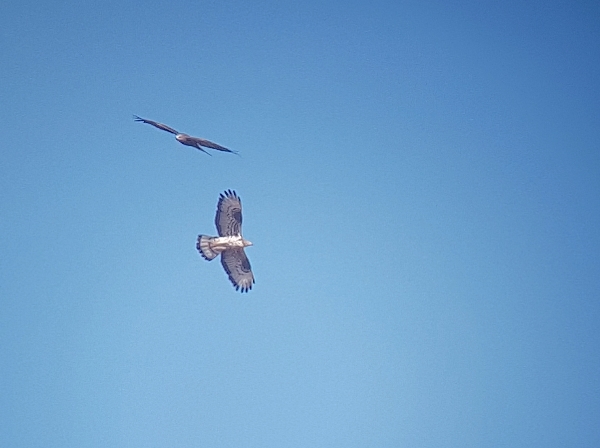 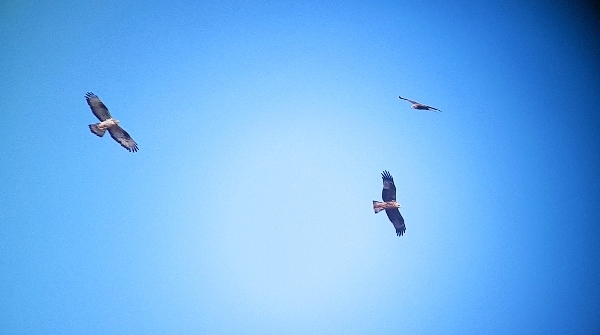 Over the next hour I watched over 200 Honey Buzzards, 80 Black Kites, 10 Booted Eagles, 6 Short-toed Eagles, 2 Montagu's Harriers, 1 Common Kestrel and at least 60 Griffon Vultures with two more (adult) Egyptian Vultures. Wow! what a great time I had.

I had noticed quite a few Common Ravens drifting around making their raucous calls, I counted 25 which I thought was a good number until a huge flock of them came out of the distant trees and formed a 'kettle' above me. There were 67 Ravens, two Booted Eagles and a dozen Black Kites in one group above me, how amazing was that? 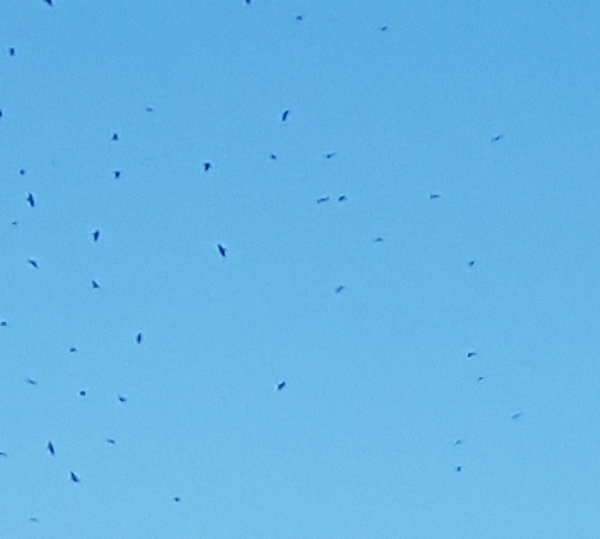 A blurred shot of the Raven Flock

Then I got onto what was most certainly a Ruppell's Vulture, if only I had a camera that worked, it was useless trying to get an image with my phone so I gave up and just watched the bird which landed on the hillside with all the other vultures but just out of sight. 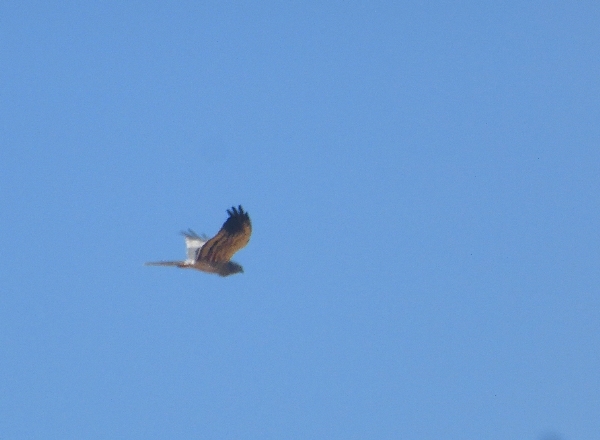 another blurred shot - one of the Montagu's Harriers, this one is a male with a full crop!

The searing heat of late continued today it was 32C at 11am, I hope it starts to cool down before next week when my migration tours start.

About 11:30am the excitement eased off as the number of birds reduced dramatically, I am sure this will be repeated everyday now for the next two weeks, I'll back tomorrow for another look.