ANOTHER MORNING WALK ALONG MY FAVOURITE TRACK

I had a cracking day today, lots of birds and fantastic light as usual.

I went out with Paul & Claire, who are birding friends of ours and who now, have a house in Gaucin too! We met near the petrol station at 8:30am.

Paul & Claire were watching Common Crossbills when I arrived, a lovely red male sat out for us and a couple of young birds dashed about 'chipping'. A Golden Oriole flew out of one the nearby trees too, what a great start to the day. 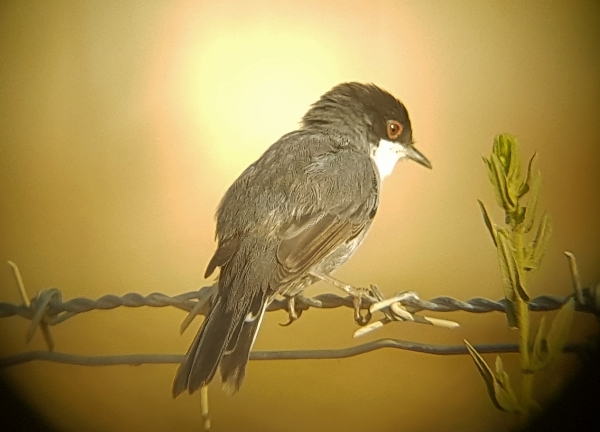 The track was awesome as usual, birds where everywhere we never moved from the car for almost an hour. Watching a flock of Sparrows feeding in a field drew us to a small covey of Red-legged Partridges and a single Eurasian Hoopoe. Many Corn Buntings were also feeding and a single male Cirl Bunting joined them. The number of Bee-eaters was hard to say, they kept moving in groups from the power-lines to fences, I would say we saw around 100 altogether this morning. 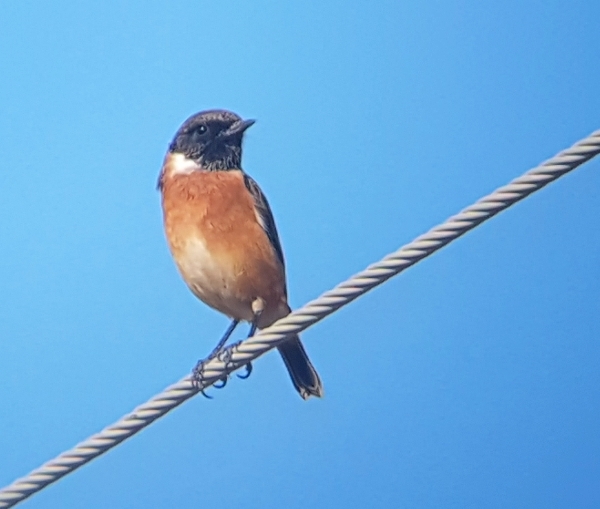 Sardinian Warblers, Common Stonechats, Goldfinches, Linnets, Crested Larks and Zitting Cisticolas were all seen as we finally made a move.

It began getting hot around 10am so our strategy was to move up the track stopping in the shade of the bushes where it was much cooler.

RAPTORS......... came out to play in their droves! Single birds at first then small groups and then large groups, we had a great couple of hours watching the sky. 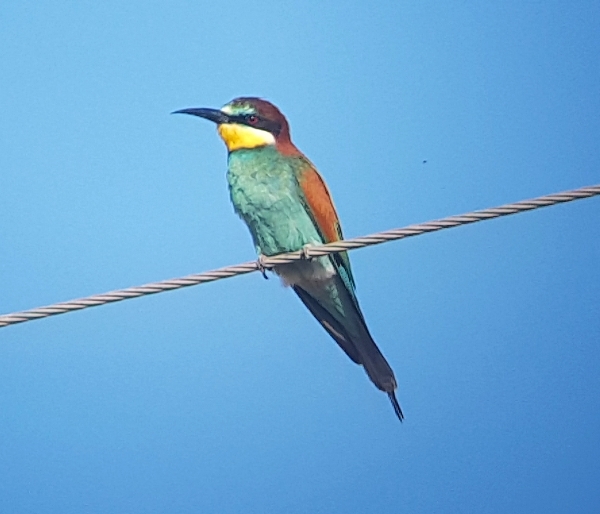 Everywhere you looked there were birds circling or drifting over us. Black Kite, Honey Buzzard, Montagu's Harrier, Common & Lesser Kestrel, Booted & Short-toed Eagles, Griffon & Egyptian Vultures and a Peregrine Falcon. In fact the Peregrine came over flying fairly fast but then it turned at speed and came straight back towards us, it swooped down and tried to grab a Hoopoe, but just missed. The Hoopoe dove straight down into the nearest bush, a lucky bird.

At one point we had 5 or 6 species of raptor above us, we even saw a melanistic (over development of the pigment melanin  - opposite to albinism)  Montagu's Harrier. The Raven flock was still in evidence too, we saw about 30 of them today. Woodchat Shrikes, Spotted Flycatchers and a single Melodious Warbler put in an appearance. 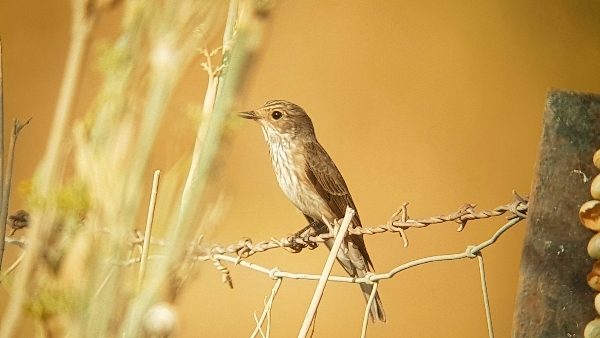 Whilst tucked in the shade of a bush the Bee-eaters came quite close and the Peregrine returned and perched on a mid-distant pylon, too far to photograph but close enough to see that it was a juvenile bird. 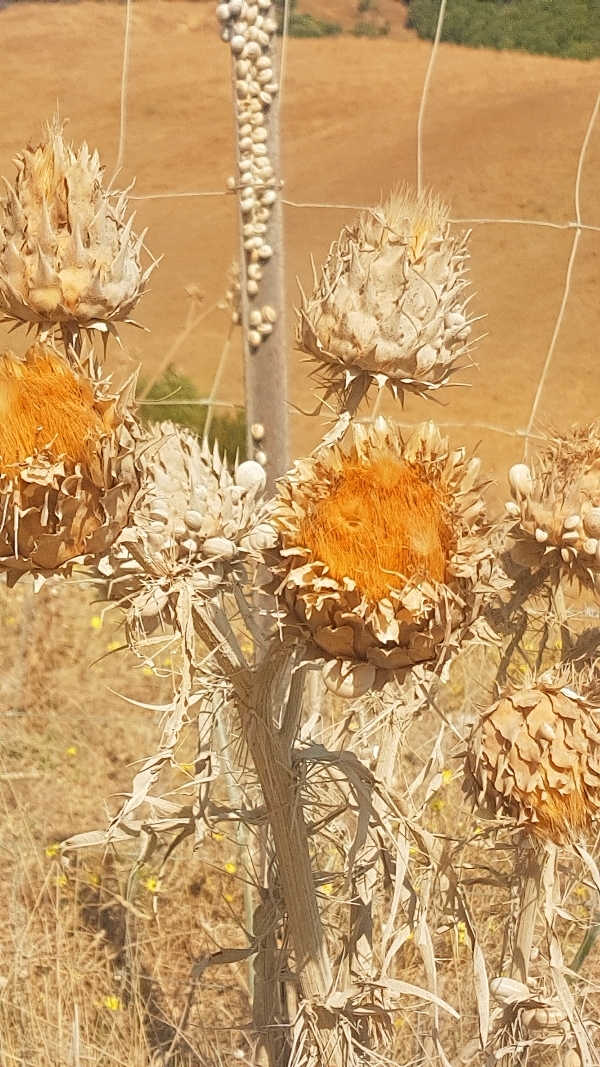 Spanish Thistles covered in snails in their summer aestivation.

We left around 12:30 after most of the excitement had passed, on the way back to the main road to Gaucin another Golden Oriole flew along the hedgerow in front of us, a nice male. We also stopped to look at a swirling mass of Griffon Vultures, probably 50-60 birds were circling fairly low over a ridge. A nice ending to our morning walk.