WEATHER:   Overcast but still quite bright, some spots of rain  temp around 25C

At last I got a few hours free this morning to visit one of my favourite local tracks, it was late when I started and I was there for just 2 hours but I saw 20+ species.

I left Gaucin at 10am and drove down the mountain on the road to the coast, I turned off just after leaving San Pablo onto a minor road and started listing birds not long after.

Some 25 White Storks sat in a field beneath a watering system, Corn Buntings, Stonechats and Goldfinches were also noted, Crested Larks flew up off the road in front of me. Just before the Marchenilla Track I stopped at the local pig farm where a large European Bee-eater colony make thier nests on a steep sided hill which is shared with dozens of pigs, I don't know how the birds tolerate the stench! The beauty and beast comes to mind. 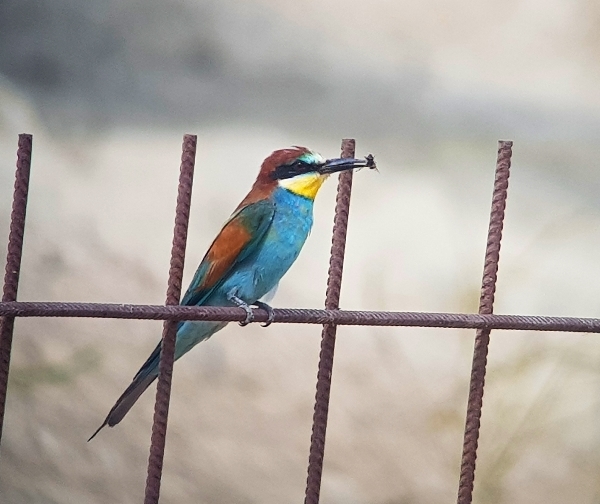 no need to lable this one eh!

Once on the Marchenilla track I started seeing dozens of birds, the first 500 meters is always crowded with Sparrows, finches, Linnets and Collared Doves. 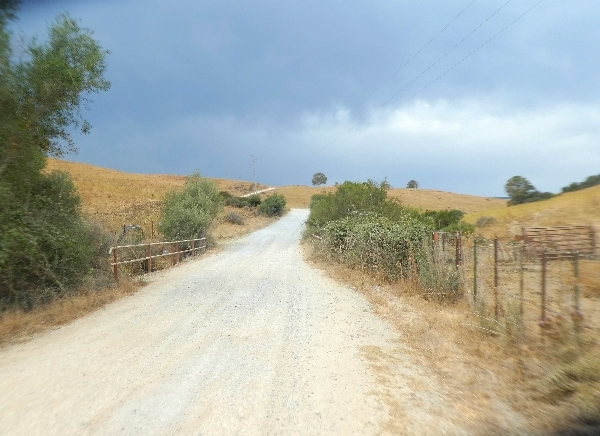 half way along the track it starts to rise, it doesn't look much but there were loads of birds along here, the Rufous Bush Robin breeds in the scrub along the side of the track. Despite its 'dead' appearance the track was full of life, especially young life, I saw juveniles of many species all learning to take care of themselves after such a short time in the nest.

It started getting interesting after a further 100 meters, a recently fledged Short-toed Eagle sat on a pylon, a Raven sat on the next one and a Common Kestrel on a distant one. Sardinian Warblers hopped along the fence-line, with Stonechats, Greenfinches and more Linnets. As I approached the first bit of dense scrub I saw a brown bird hop up off the ground, it was straight in the bins, a Rufous-tailed Bush Robin, it flew back onto the ground and hopped onto a stone. Brilliant, when I got my phone to the scope it had gone, not so brilliant. 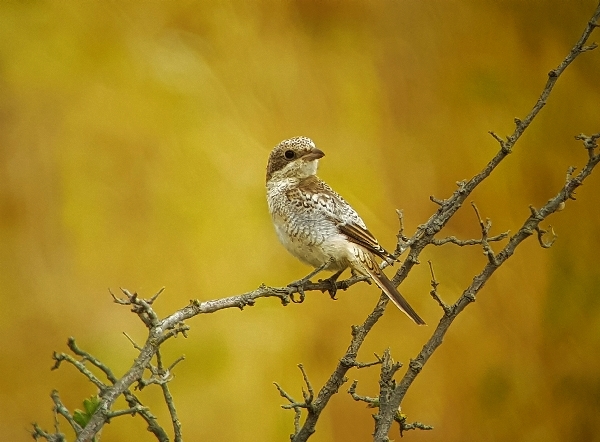 Woodchat Shrike, this juvenile plumage is nothing like that of the adult bird

After searching for a while my main target bird failed to show again, but as I was walking away it started to sing, cheeky bugger! I went back and still couldn't see it. Then I spotted a white bird flitting in the scrub just ahead of me, that's strange, we don't have white birds here!  I tracked it down and found it to be a leucistic Sardinian Warbler, it still had dark legs and red eyes but most of it was white, it too would not sit still for the camera. 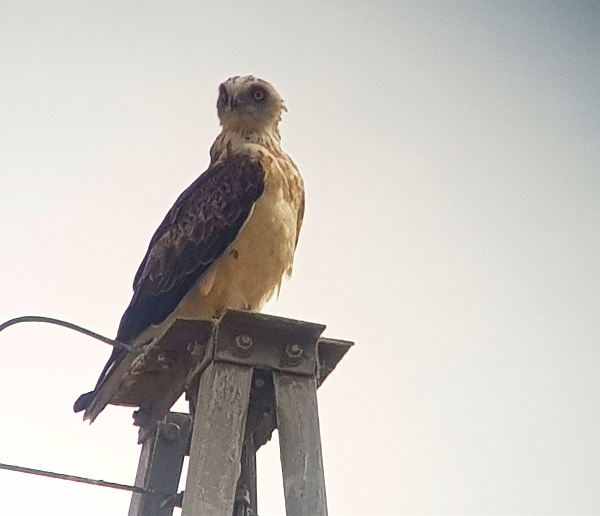 one of two juvenile Short-toed Eagles seen sitting on pylons

Woodchat Shrikes were everywhere, mostly juveniles as you would expect, I saw parent birds too, they were chasing the kids off, trying to get them to fend for themselves. Meldious Warblers were also common.

After feeling a few spots of rain I decided to turn around and make my way slowly down the hill back to the car. Two Rufous Bush Robins sat in a bush right out in the open, guess what, my phone battery went dead!! AAAAAAArrrrg!! Luckily I had my Panasonic Lumix in my pocket too and shot off a few pics of the distant birds. 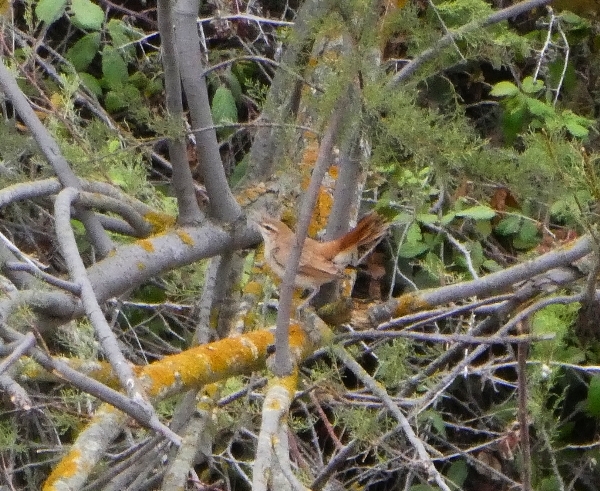 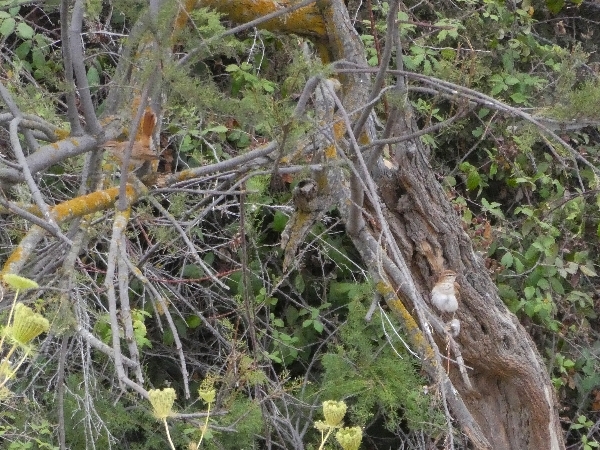 there are two Bush Robins in this picture, can you see them?

Other birds seen were Turtle Dove, Common Nightingale (making the frog-like call), Booted Eagle, a bunch of Lesser Kestrels, more Bee-eaters and another single White Stork. I left the area at 12:30 and got home for lunch at 1pm.

Tennis and football all afternoon on the telly and then a birthday party tonight. You can tell when you are getting old when you are invited to a 70th birthday party, OMG I'll be there soon. Still people tell me that 70 is the new 50!1 I don't think so, ow! my back, I must stop now.