An exciting day as we travelled into the interior with a flying visit to the magnificent Kaieteur Falls, we also had a nice surprise when we found a Guianan Cock-of-the-Rock................

Another great day which started at 5:45am, we met at the hotel entrance and walked down a few hundred yards to the Botanic Gardens which open at 6am. As soon as we walked through the gate we were listing some good species. 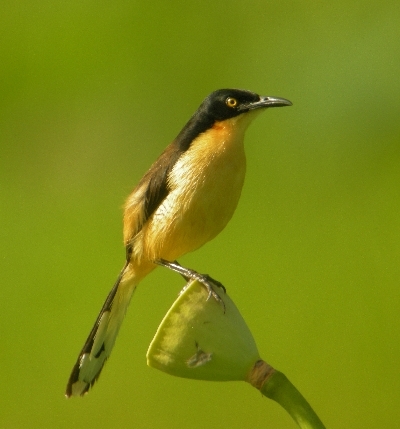 The gardens are split by a central road, we kept to that for the duration of our stay and saw a great number of species from it.

A colony of Great White Egrets had several males displaying in the trees, it was a fascinating sight to see them fan out their white feathers like a Peacock. Our main target bird was the Festive Parrot, it took a while to find them but when we did they showed well. Other parrots seen were, Orange-winged and Yellow-headed as well as the small Red-winged Macaw. We also found Toco Toucan, Black-necked Aracari and another Blood Coloured Woodpecker.

Birds of Prey were represented by Peregrine Falcon which sat on a radio mast, Snail Kites seen everywhere Grey Hawk, Roadside Hawk and an amazing Great Horned Owl which sat out and poses for our cameras. 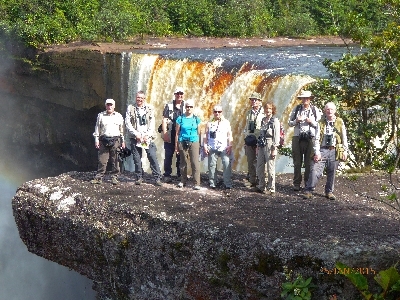 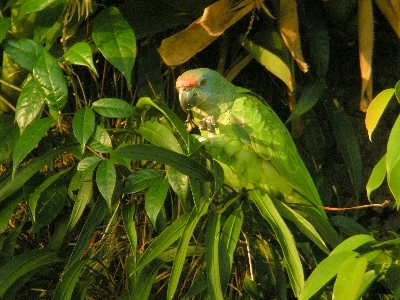 We dragged ourselves away and went back to hotel for breakfast, bacon and eggs were on the menu with juice, coffee and toast. After that little feast we packed our bags and reconvened at 10:30 when we were taken by bus to a small local airfield where we board two light aircraft for our flight into the Interior. We are to spend 11 nights at various lodges in the forest, but first we stopped at the famous Kaieteur Falls.

The tallest body of free falling water, over 740 feet, Kaieteur Falls is a magnificent sight from the air, our planes circled them and flew low just over them before landing on a grass airstrip. For the next two hours walked a circular route, which took us right to the edge of the falls, what spectacular sight. 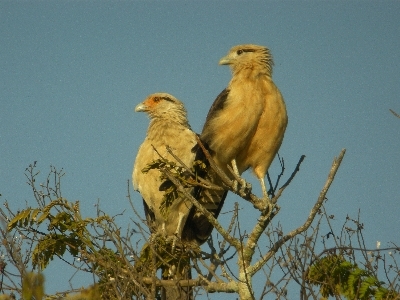 We had some good bird sighting whilst we were there, two species of swifts gathered in large numbers above the falls, they breed behind the curtain of water and fly down each evening, passing through the water to their nests found on the ledges behind, hundreds of White-collared Swifts were joined by a few White-tipped Swifts. Whilst on the cliff edge viewing the falls were searched the Bromiliad plants and found aeveral GOLDEN ROCKET FROGS, these tiny endemic yellow frogs are only found here and is a relative of the poison-dart species.

In the scrub and woodlands we found White-sided Antbirds, Cliff Flycatcher, Bright-rumped Attila and the magnificent  GUIANAN COCK-OF-THE-ROCK what a super find, everyone had in-the-scope views, fantastic and a great ending to our visit to this wonderful untouched place. 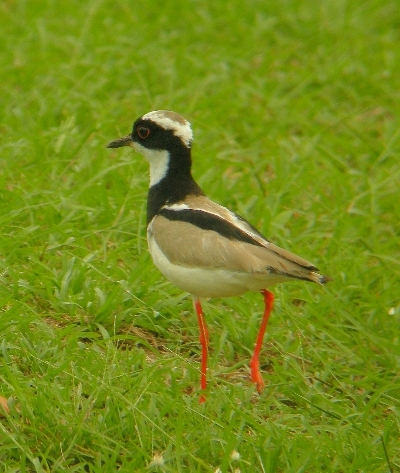 Our second flight took about an hour, we flew deeper into the interior to our first lodge at Iwokrama, some of group saw King Vulture from the plane and ‘my’ group saw Blue and Yellow Macaws, Swallowtail Kite and Turkey Vultures at the landing strip.

We quickly loaded into land rovers for the short journey to the lodge and after a nice warm welcome from the staff we were shown to our cabins. After a short settling period we had time enough for a short birding session in the grounds. The lodge complex sits on a high grassy bank overlooking the Esquibo River, our cabins have superb views down river, the rain forest forms the remaining boundaries.

So from the open area we could scan the nearest tree tops and the river were we found a good selection of species. Moriche Oriole, Red-chested Seedeater, Pied Lapwing, Blue-headed Parrot, Green Aracari, Swallow-winged Puffbird, Grey-lined Hawk, White-throated Toucan and a number of common tanager species. We met again for dinner at 6:30pm and all of took an early night at around 9pm.